Besides Aunty Gemuk, Lau Wan is another pork-free Penang-style char koay teow in PJ. Apparently, his char koay teow is so good that it recently won The Star People’s Food Awards for the best char koay teow category. In fact, it beat the runner-up by almost double the votes. With that in mind, I had to drop by and try it for myself. 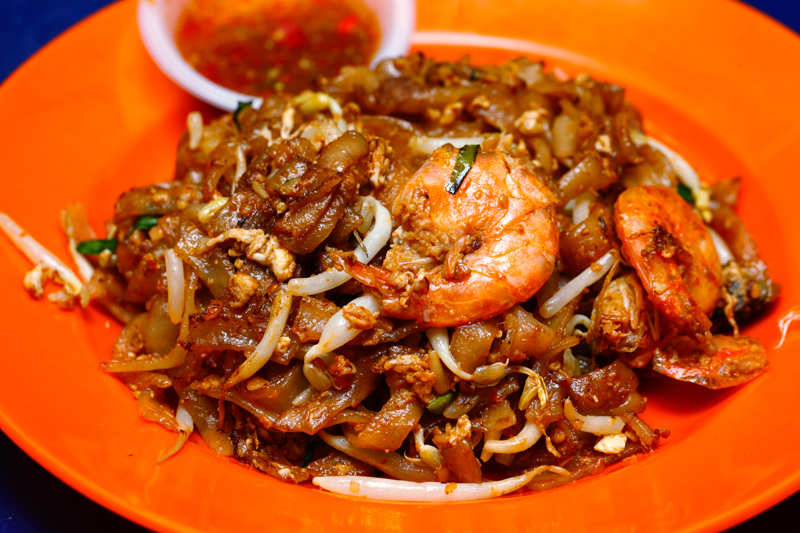 Even though he doesn’t look really like one, Lau Wan is actually Chinese. His love for char koay teow prompted him to learn the dish and from what I was told, he was taught by a few CKT sifu in Penang too. To distinguish his CKT from the rest, Lau Wan came up with his unique homemade sauce that imparts a sweet and savory taste into his noodles. 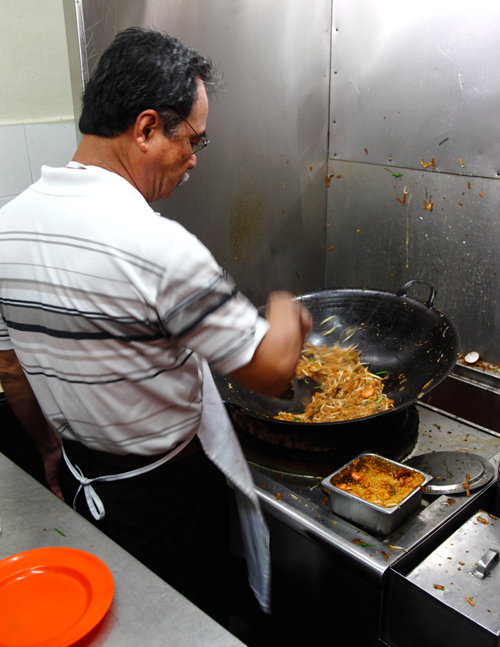 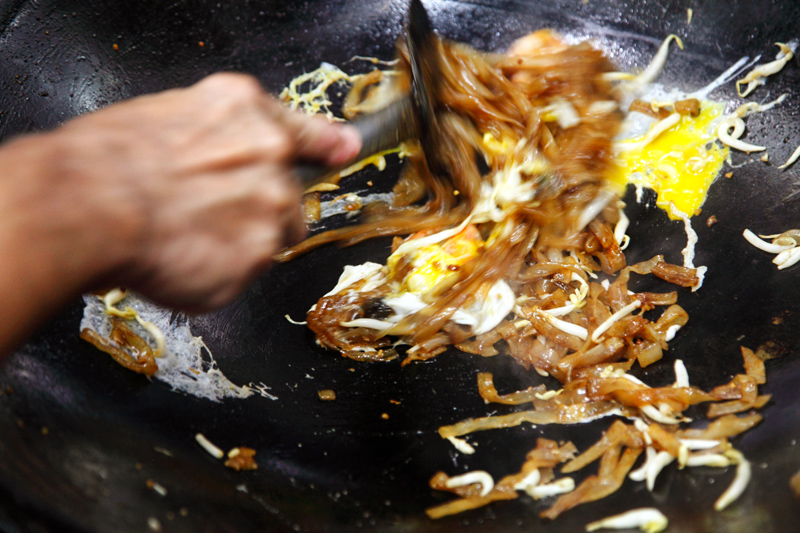 The sauce is his secret ingredient and as long as you could get hold of it, you’re able to fry a plate of CKT as tasty as his. So if you’re interested to setup your own CKT stall, he can be your sauce supplier. 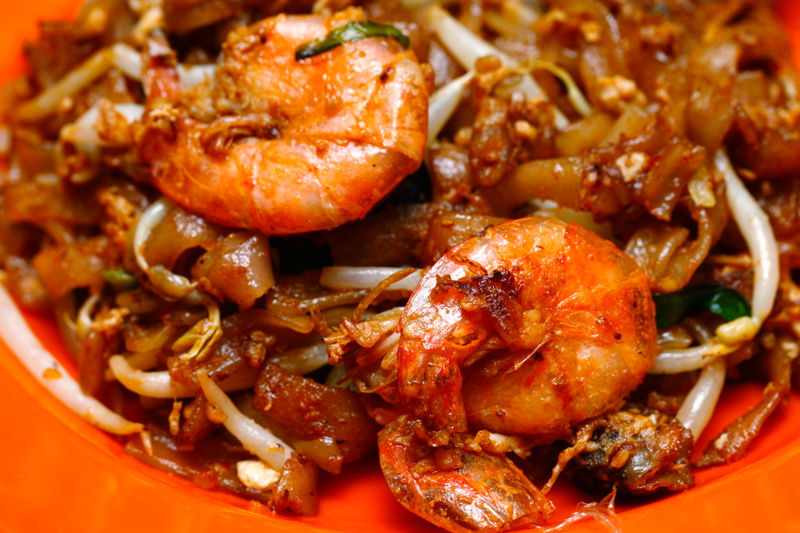 Lau Wan’s style of CKT is pretty much his own and I can’t relate it to any that I have tried before. Since his food is catered to mostly Malays and their tastebuds, you will find that his prawns are unshelled and pre-fried in a garlic bits for the added aroma.
And due to the shortage of cockles we are experiencing now, he had to resort to using imported cockles in which the quality is inferior to the local ones. Overall, the CKT is good with a strong ‘wok hei’ and I am sure it could have been more satisfying if the cockle crisis did not happen. 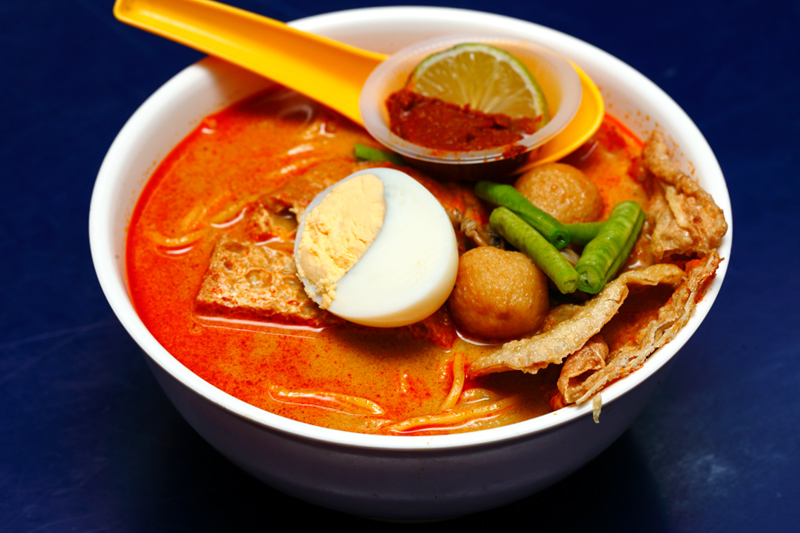 Besides char koay teow, Lau Wan also offers a handful of other noodles and side dishes – Curry Mee is one of them. We did not expect it to be great but it turned out delicious so that was a pleasant surprise. 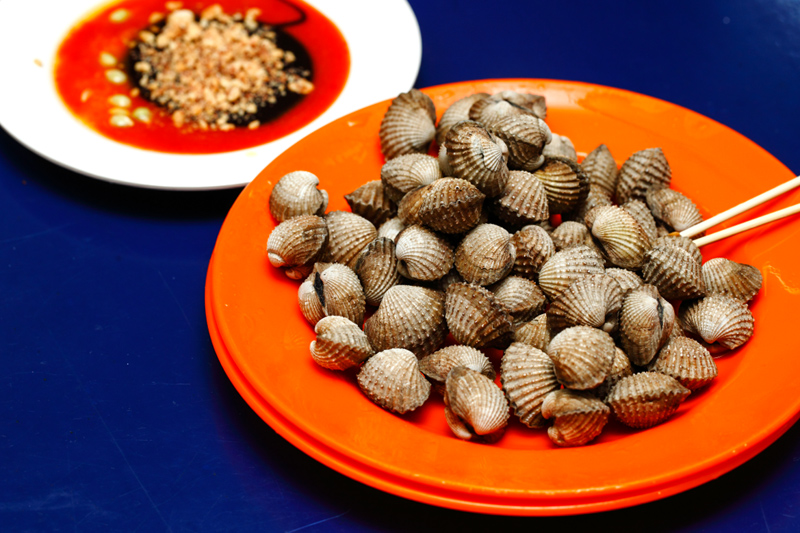 Despite whatever was said about the cockles shortage, steamed cockles are still available here. I wonder why didn’t he use them in his noodles instead. 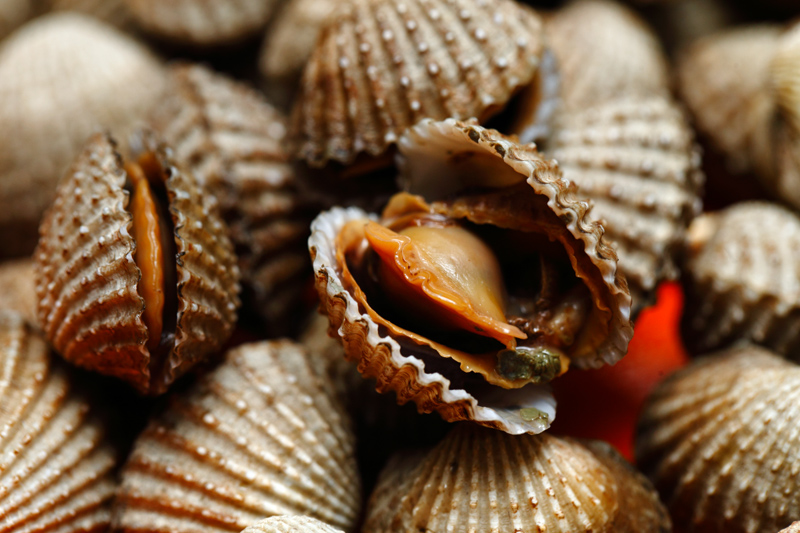 Unless you really feel like having it, I’d suggest that you omit this because as you can see, the cockles are not properly cleaned and still contain a lot of mud. A pity though considering the dipping sauce was nice. 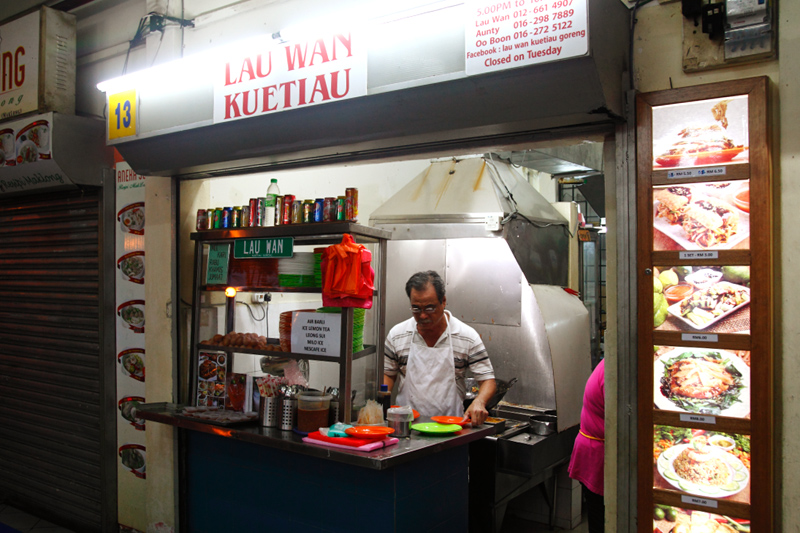