Leaf & Bean reminds me of the neighborhood cafe that we would hang out in after school, where we would spend a good few hours with a drink on one hand and a book on the other.
For a seemingly unassuming cafe that appears to sell bubble milk tea and iced coffee, Lean & Bean’s menu is surprisingly vast with great selections of snacks, burgers, pasta, sandwiches and even a few local dishes. 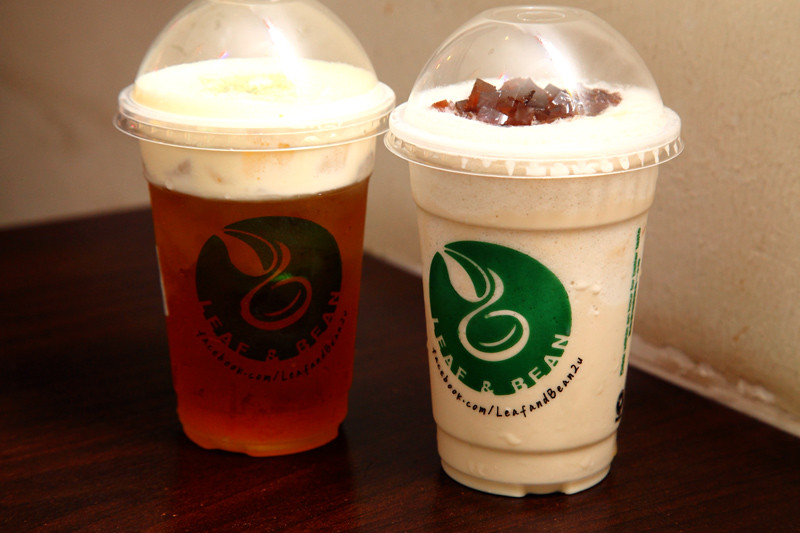 We started off with a few drinks that came recommended by the boss, which were the Memorable Wintermilk @ RM7.50 (regular) and Smoothies Mountain Green Tea @ RM7 (regular).
I was particularly surprised by how good the Memorable Wintermilk from their fresh milk series is. It’s fragrant, smooth with a refreshing milky, almost coconut-y taste. Really memorable like the name says and highly recommended. 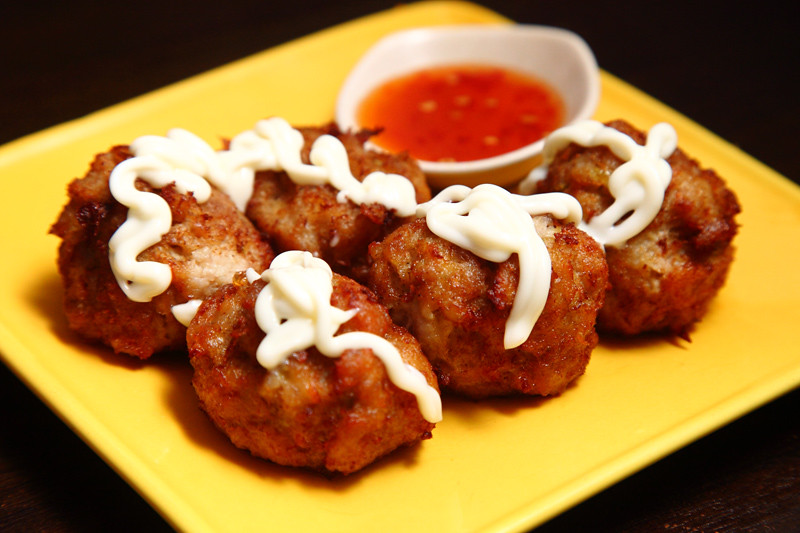 While waiting for the full party to arrive, we also had some Mini Pork Patty @ RM8.50 to share. They were moist and flavorful, but might be even better if made into a more compact and firmer patty. 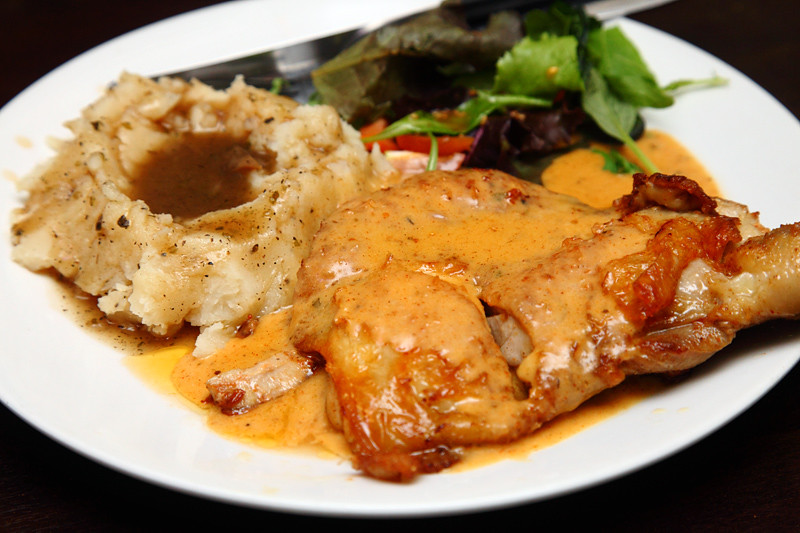 Believe it or not it’s quite a challenge to find a decent chicken chop. Which is why I was very pleased with Leaf & Bean’s Mexican Grilled Chicken Chop @ RM17.50. It features a whole deboned, tender chicken thigh that’s juicy to bite.
The sides and sauce can be customized as well and you have quite a number of options to choose from. We opted for the tangy and spicy Cajun sauce and mashed potato and both of them were right on the money. 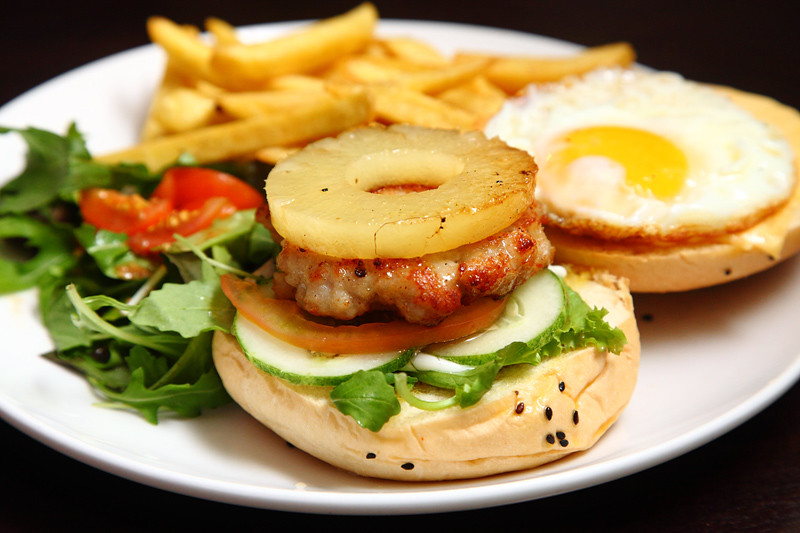 The Hawaiian Burger Deluxe has cheese, sunny side up, grilled pineapple ring and comes with lots of greens and fries. Overall this is a tasty burger but the pork patty as you can see, is underwhelming in size. The patty certainly could be bigger and I don’t think people would mind paying a few extra bucks for it because it was really quite good. 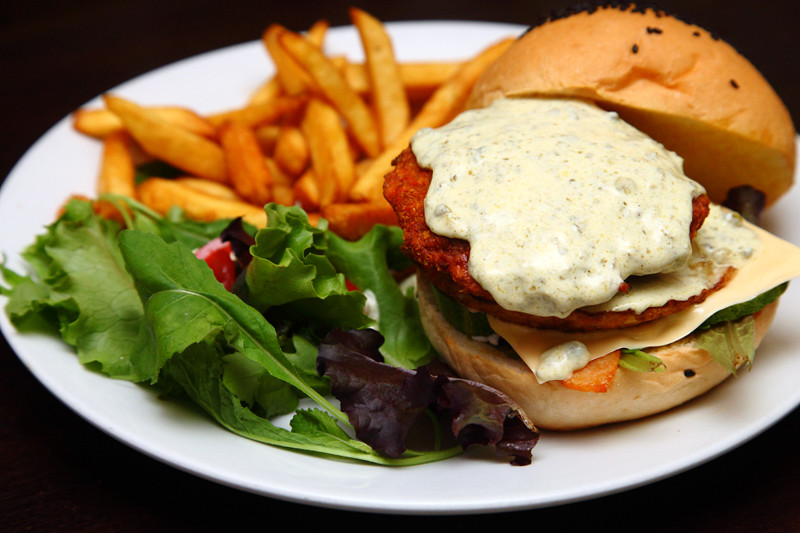 Another burger we tried was the Mommy Secret Recipe’s Chicken Burger that was topped with a delicious honey mustard sauce that made the burger. No complaints about the patty size though, it was significantly larger than the previous one. 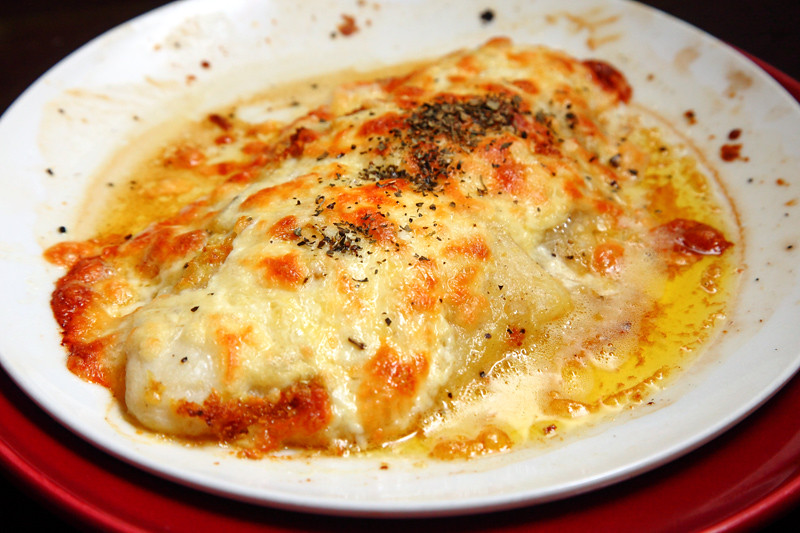 Fish is also available, albeit limited to dory only. The Oven Cheese Baked Fish Fillet @ RM21.50 was my friend’s order and according to her, it was delicious. The fact that she was scrapping the plate with her fork for every single bit of fish and cheese says a lot about the dish. 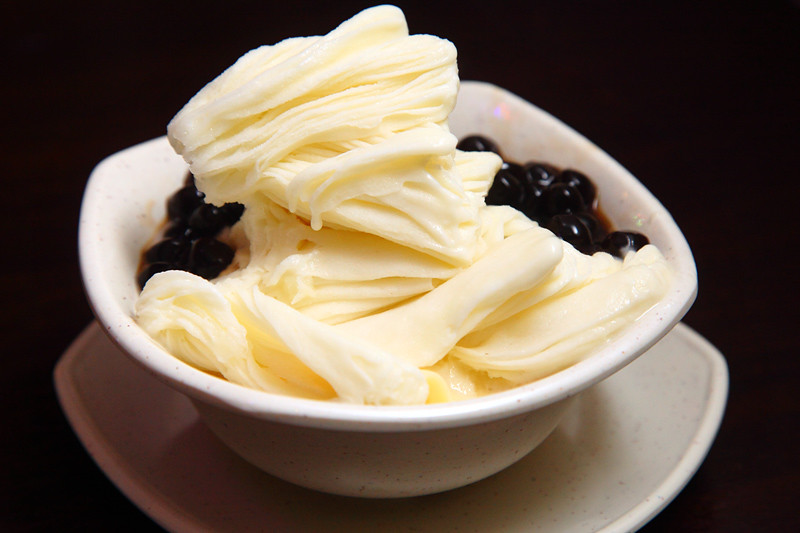 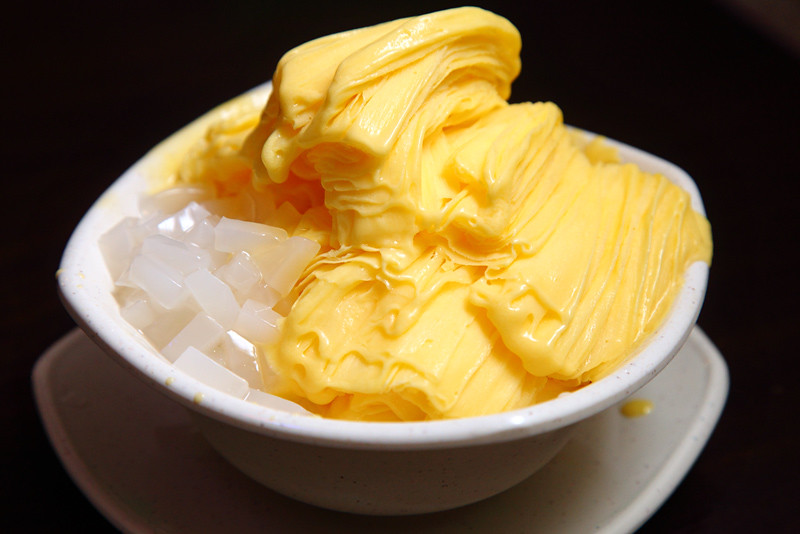 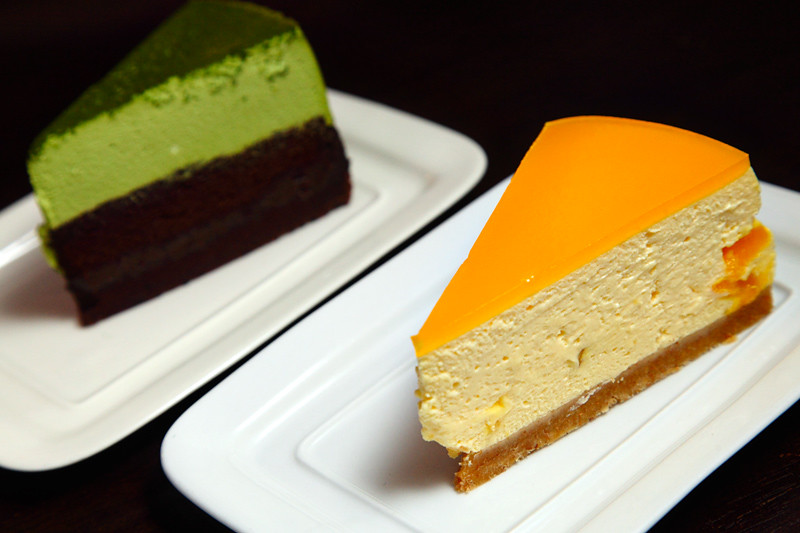 For desserts, you could either go for snow ice (RM7.90 – RM8.90) or homemade cakes (RM9.9 – RM14.90 per slice). Both were equally good but I’d have to favor the snow ice – especially the durian flavored one. It’s almost like eating a creamy form of durian and the flavour is pretty authentic and not very artificial. If you can’t handle durian then there’s the mango version which was great as well. If you come during the weekdays, set dinners are available at a great value starting from RM15.50 inclusive of a side and drink. Not bad at all if you ask me. 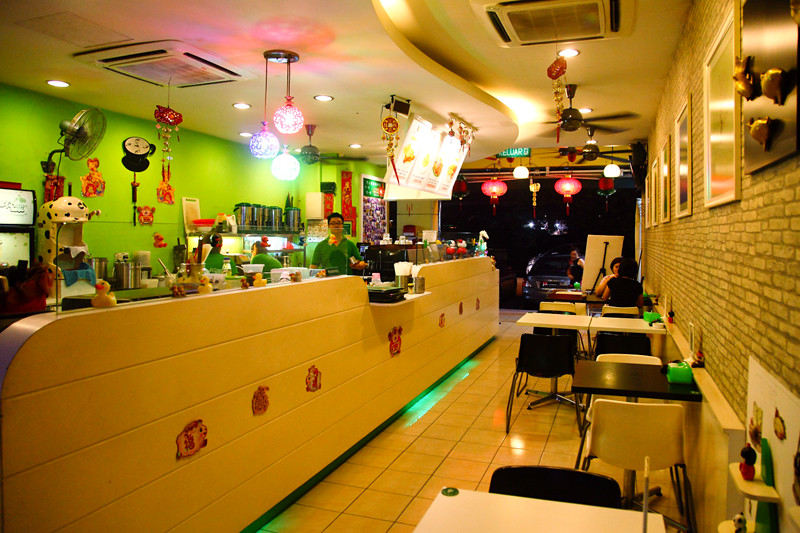 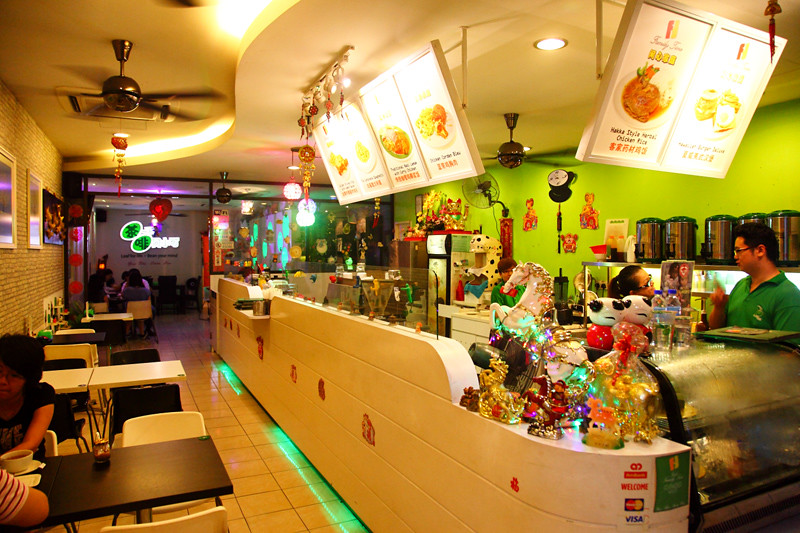 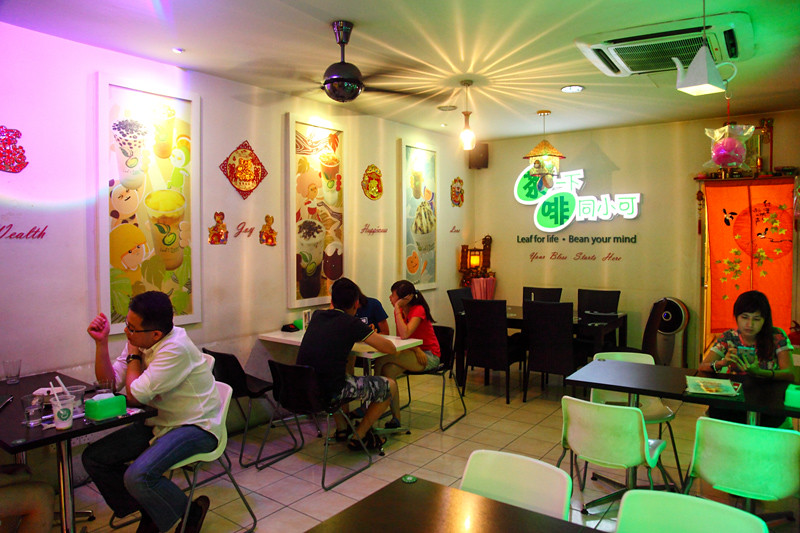 Truth be told, Leaf & Bean will never be able to compete with the newer cafes in town in terms of ambiance and decor. But if you don’t care for any of that and just want to enjoy an honest Western meal that won’t cost you a bomb, this should be on your list! In fact, based on what we had, I think their food is as good, if not even better than some of the Western food restaurants in town. 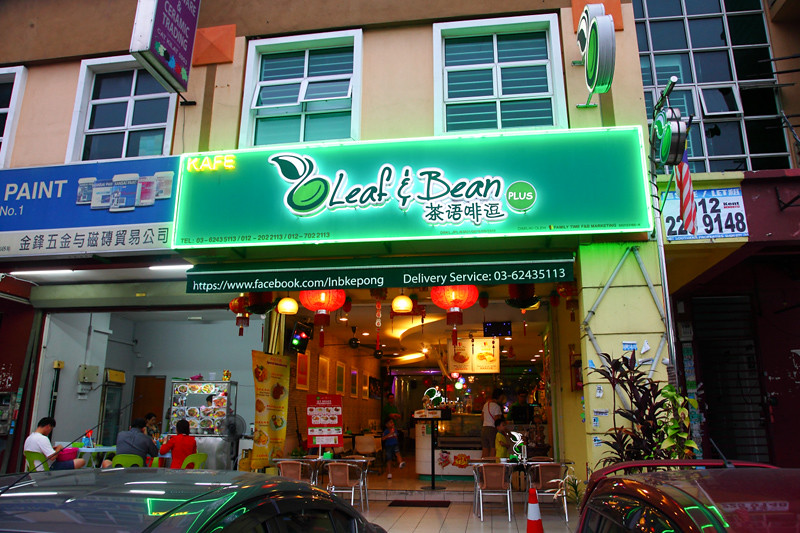