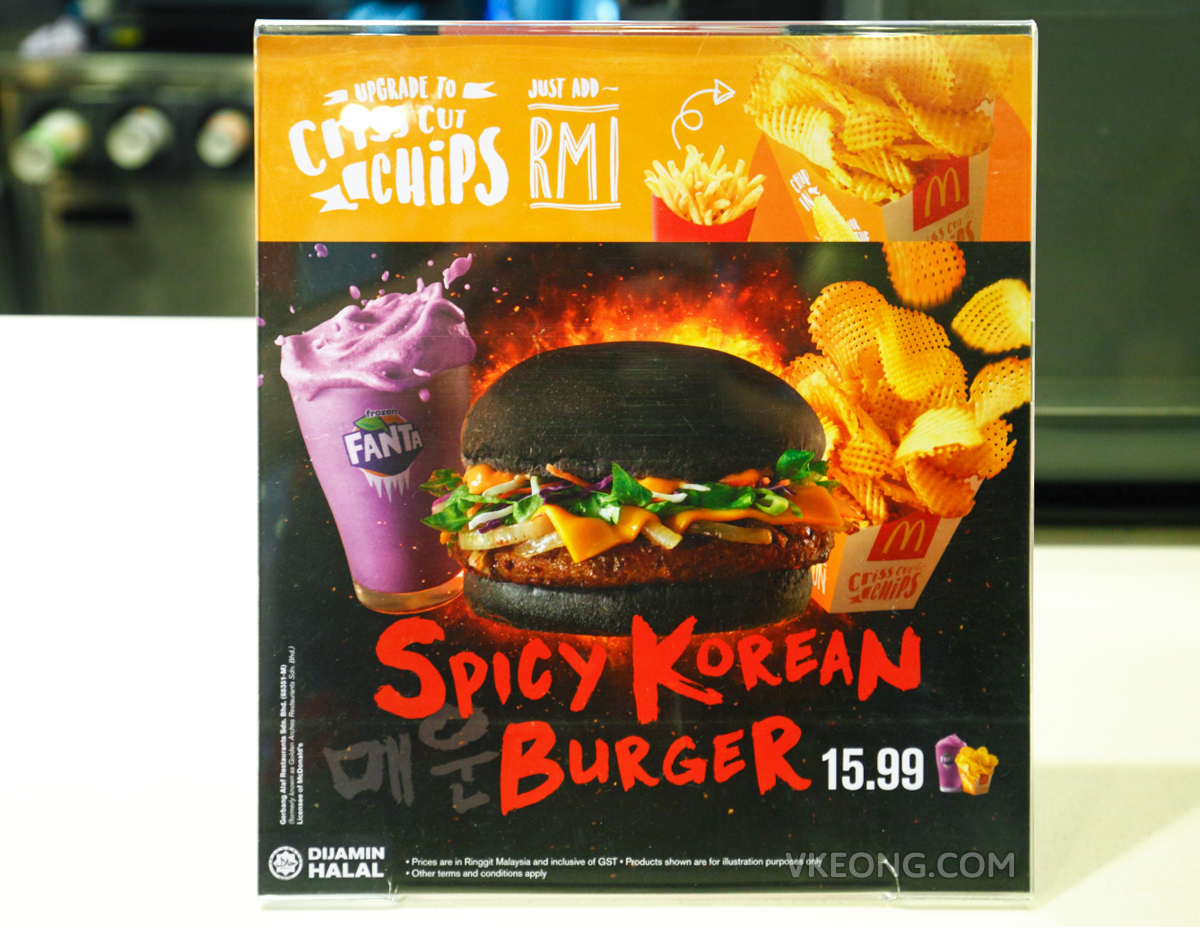 McDonald’s sneakily released a new burger called the Spicy Korean Burger (Burger Korea Pedas) that is only available in certain branches across the country. As of now, you can’t find any information about this burger on their website or Facebook, so technically it does not exist yet.
The only way you would know about this new burger’s existence is by spotting the banners displayed outside the restaurant. FYI the McDonald’s in Mutiara Damansara next to IKEA is the first branch in Malaysia to launch the Spicy Korean Burger. Since we happened to be in the area, we decided to drop by to give it a try. 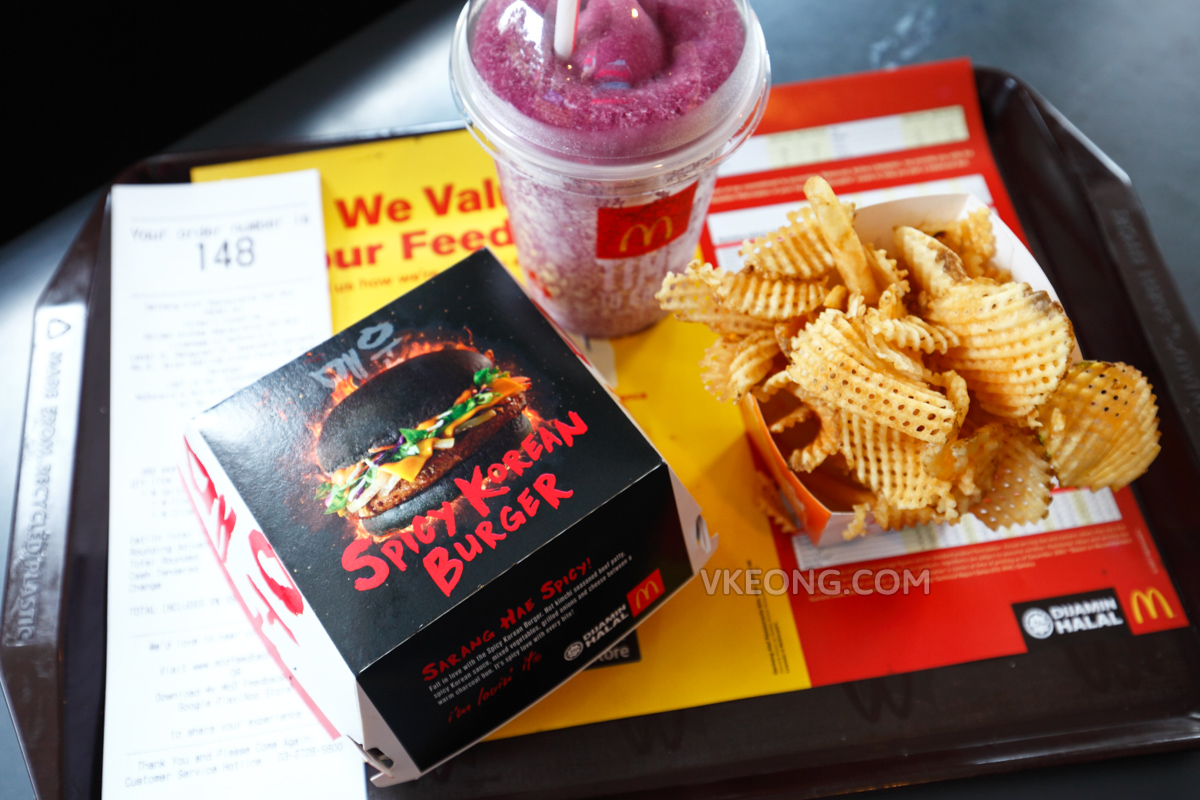 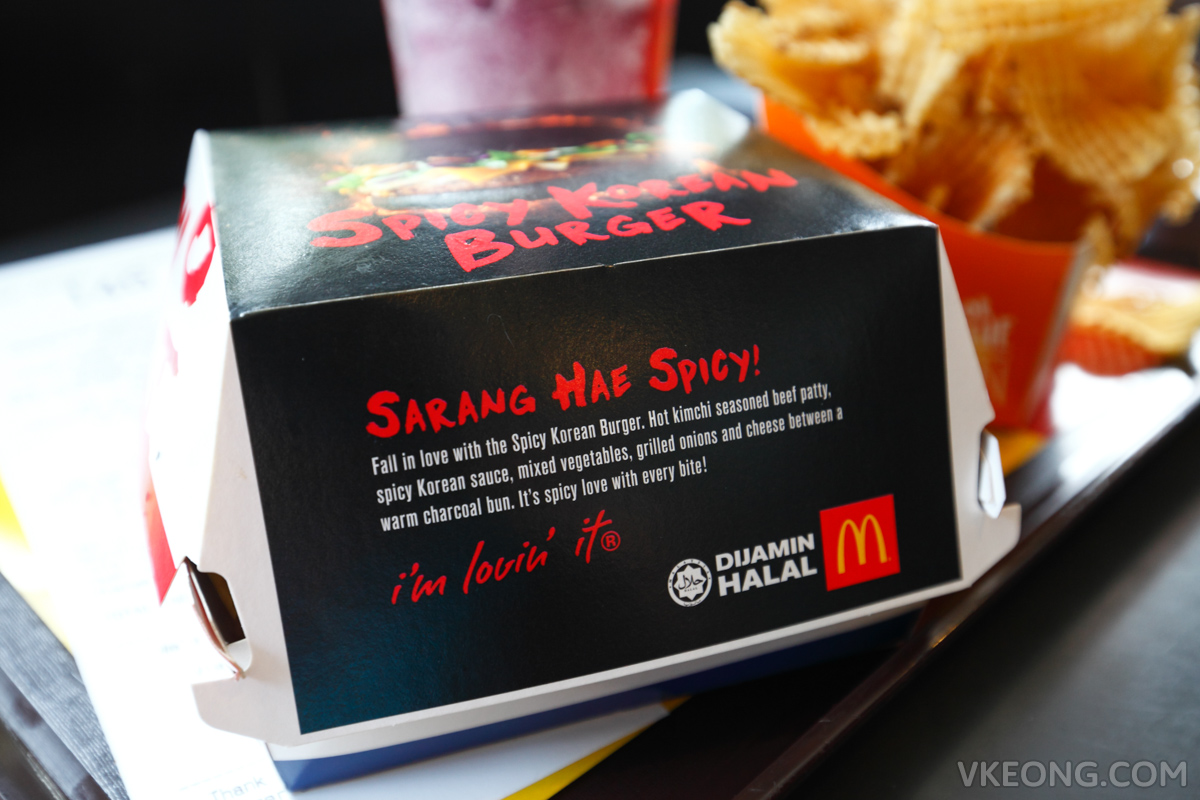 A medium set of the Spicy Korean Burger is priced at RM15.99 (RM12.99 ala carte) and comes with its own side and drink. The normal fries has been replaced with crinkle cut fries and the drink you get is a Frozen Fanta. This new burger is described as having a kimchi seasoned beef patty, spicy Korean sauce, mixed vegetables, grilled onions and cheese sandwiched between soft charcoal bun. 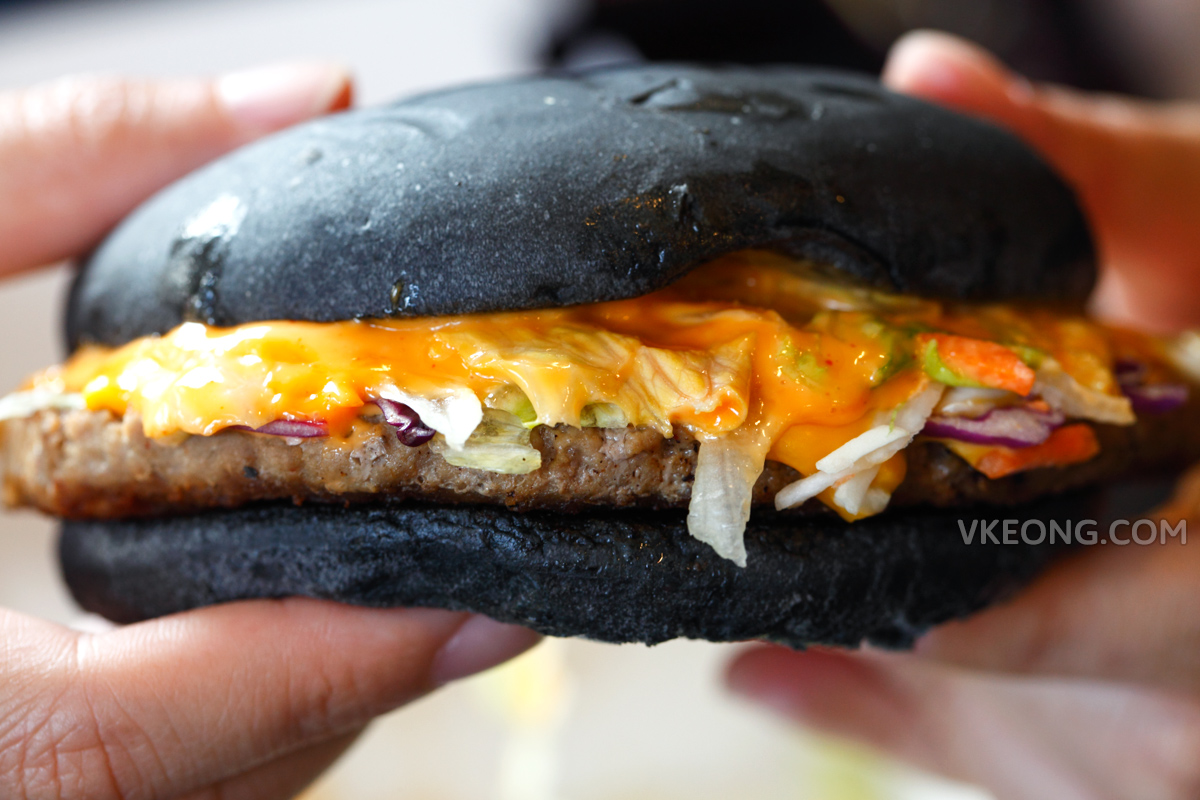 As expected, the real thing looks different from advertised. However, we were pleased with the size of the beef patty because it was not only thicker than anticipated, it was even larger than the bun. So every bite you take is guaranteed to be a meaty one. Taste wise the burger is genuinely spicy – almost at a similar level as the Spicy McDeluxe. We did not even bother adding any chili sauce because it’s pretty good as it is. 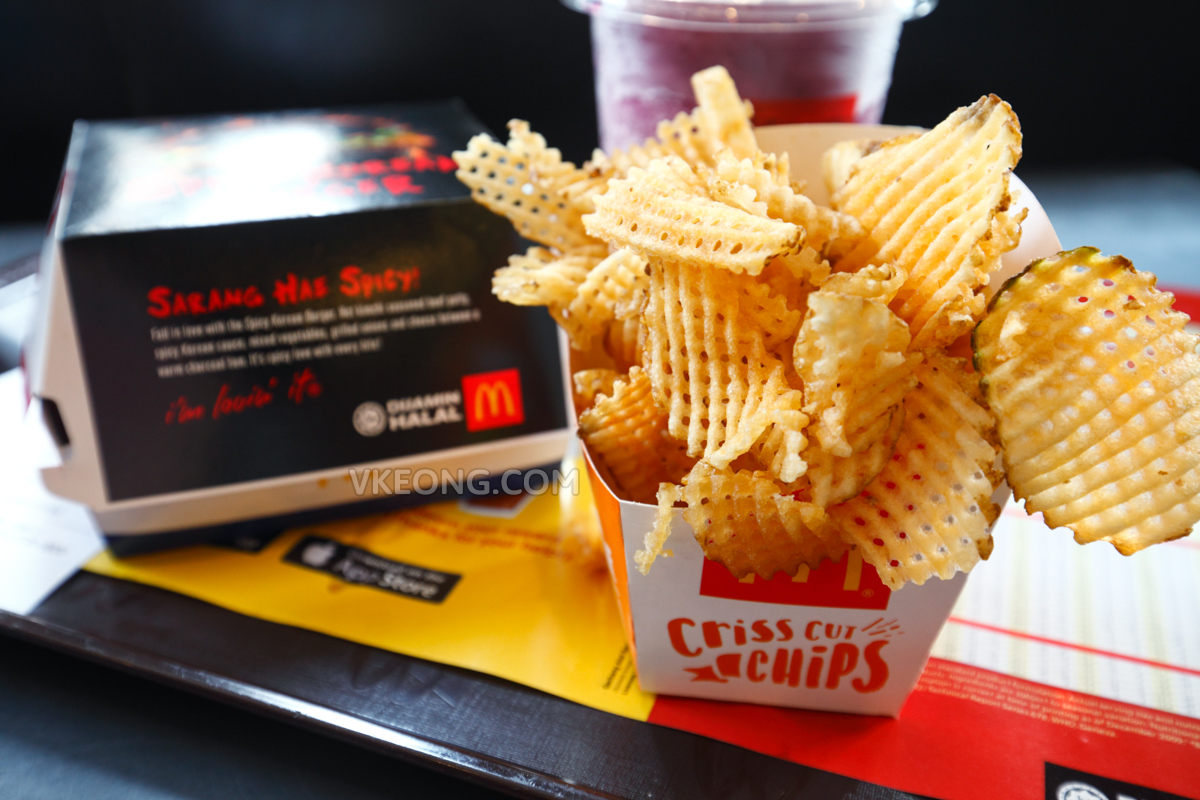 The crinkle cut fries are awesome, kind of like the chips you get in a bag. Unlike the normal fries which go all soft and limpy quickly, these remained crunchy and enjoyable until the end of the meal. 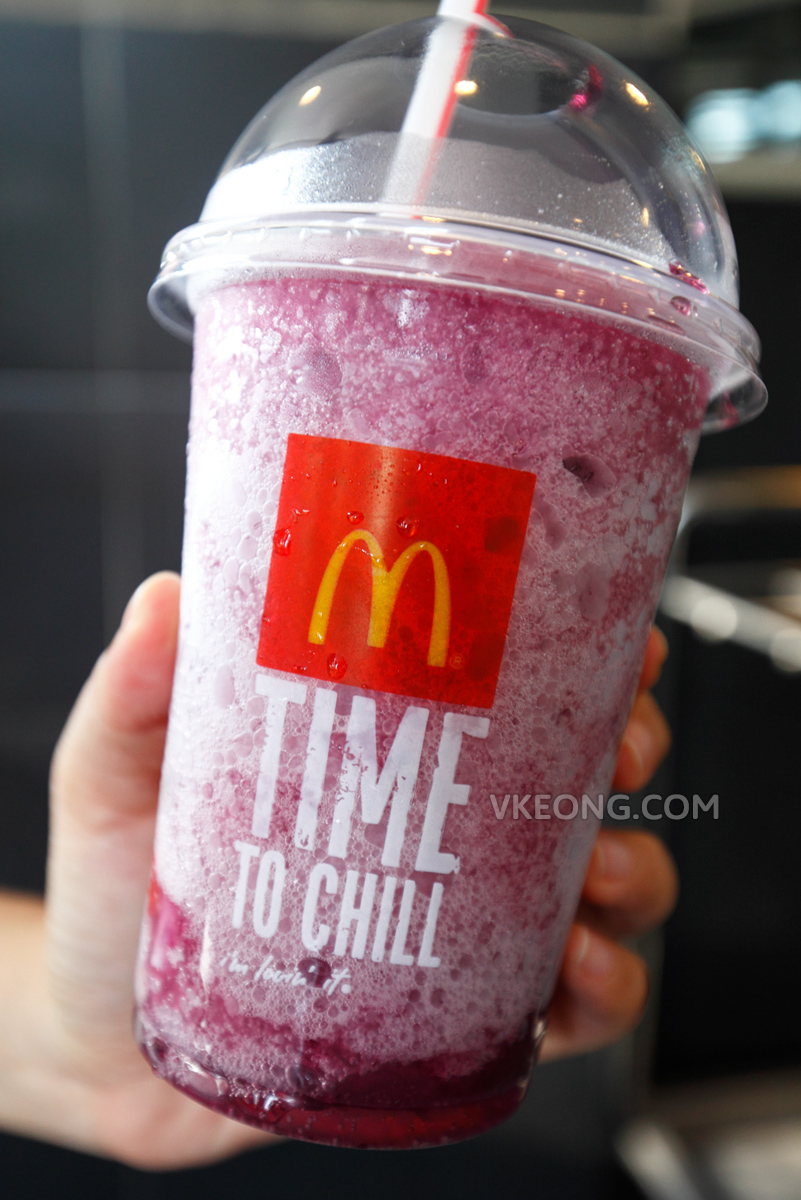 Nothing special about the Fanta Frozen, tastes exactly like a slushie. 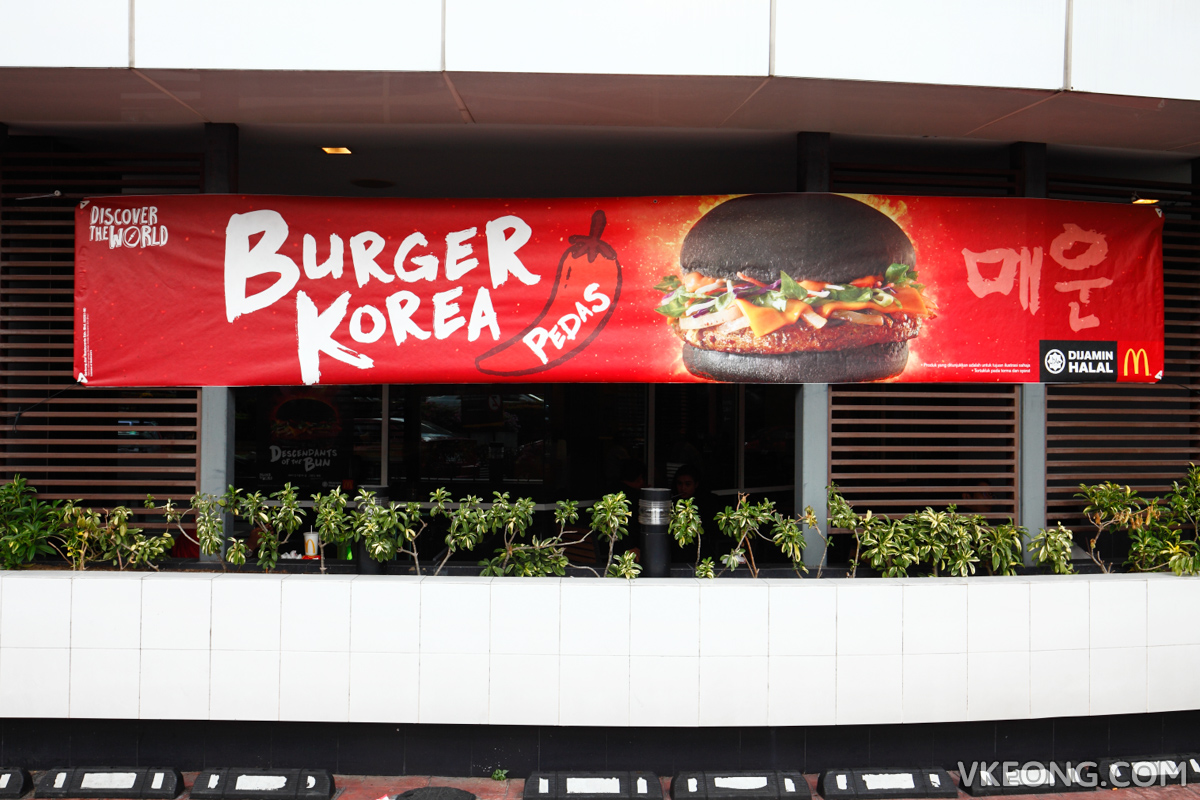 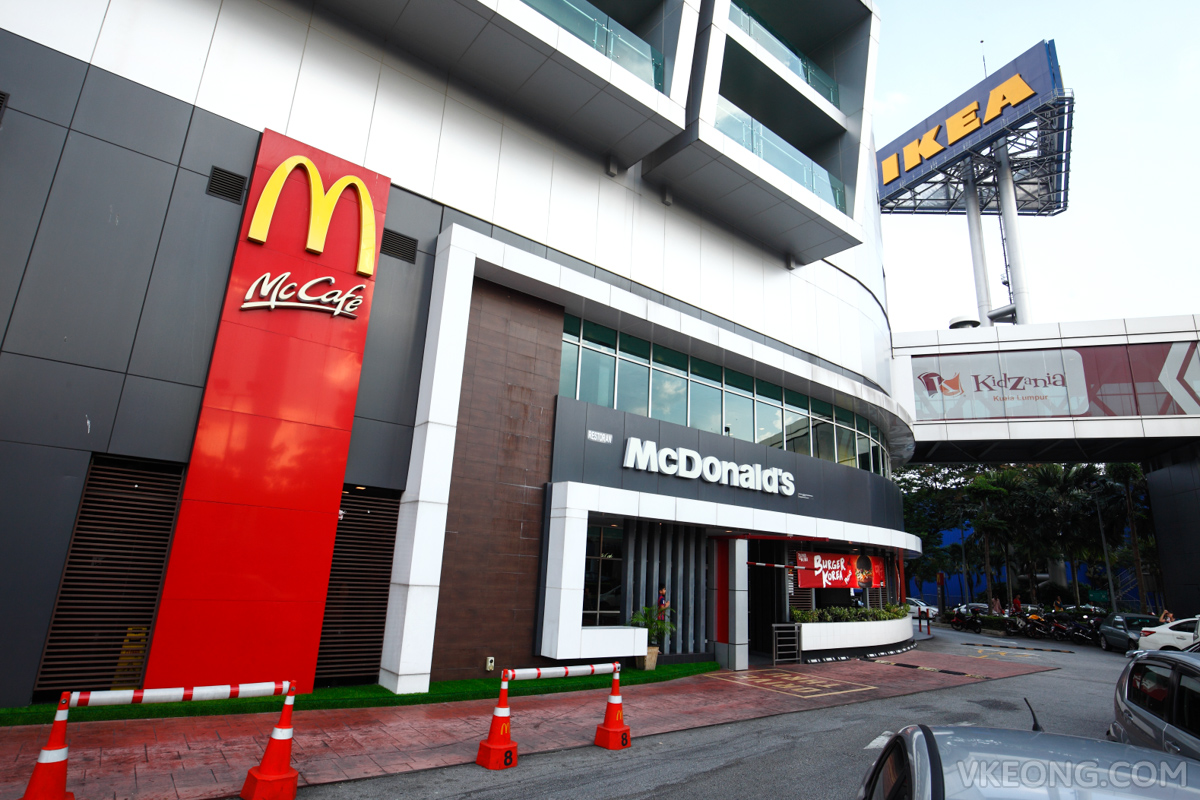 If you are wondering when the Spicy Korean Burger will be officially available country-wide, the staff told me it will be another 2 days. So 25th July? For those who can’t wait, you can head to McDonald’s in Mutiara Damansara or Sungai Buloh to try it now. There might be other branches that offer it currently, but that’s for you to find out.