Michaelangelo’s is one of the first few restaurants to open at Solaris Mont Kiara. After 7 years, this upscale casual Italian restaurant is still standing strong while many came and went.
Paolo Pala, the current executive chef of Michaelangelo’s is determined to use only the freshest ingredients and keep his dishes simple yet robust in flavour – just like how authentic Italian food should be. 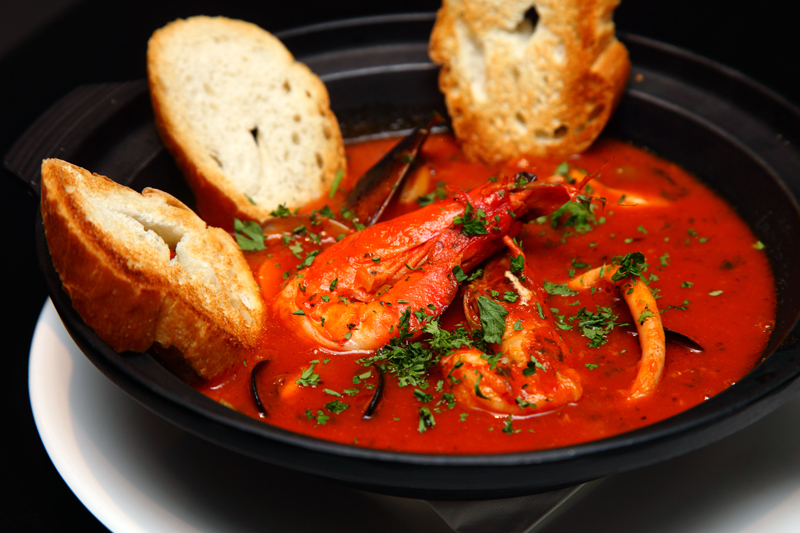 We started off with Zuppetta Di Mare @ RM28 – a mixed seafood soup in a spicy tomato broth and served with home-made toasted breads. It was a seafood delight and we thoroughly enjoyed this delicious soup. 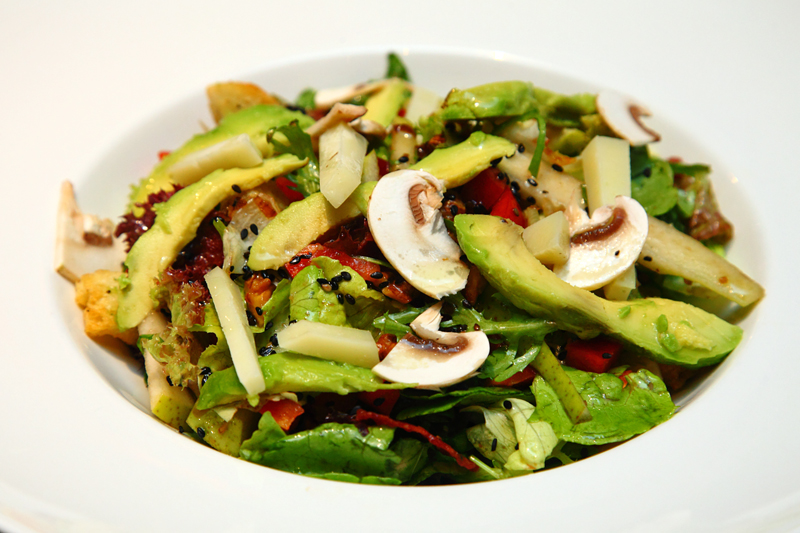 Then, chef Paolo recommended us to try his Insalata Brezzeolata and Provola @ RM26. I have no idea what that means but it’s basically a Mesclun salad topped with a myriad of toppings like Provola cheese, pear, mushrooms, bacon, walnuts, capsicums and sesame seeds.
With so many ingredients thrown in, one might think that this salad is overdone. Well, not at all. The ingredients’ flavours simply work together and there’s a burst of crisp and freshness in every bite. I don’t think I have ever finished a salad so fast. 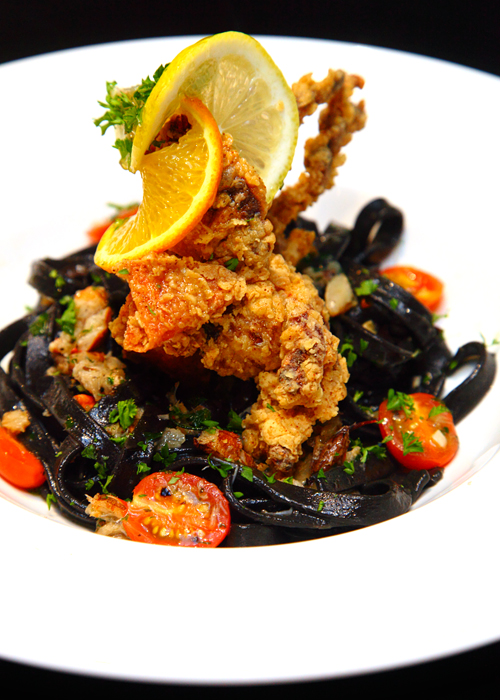 For mains, I chose a pasta – Fettuccini Nere Al Granchio (squid ink fettuccini with crab meat in aglio olio chilli style) @ RM42. All pasta served in Michaelangelo’s is made in-house and you could see them being packed into individual packets next to the kitchen. Besides a whole deep fried soft shell crab, there’s also generous serving of crab claw meat to give the pasta a subtly sweet seafood flavour. 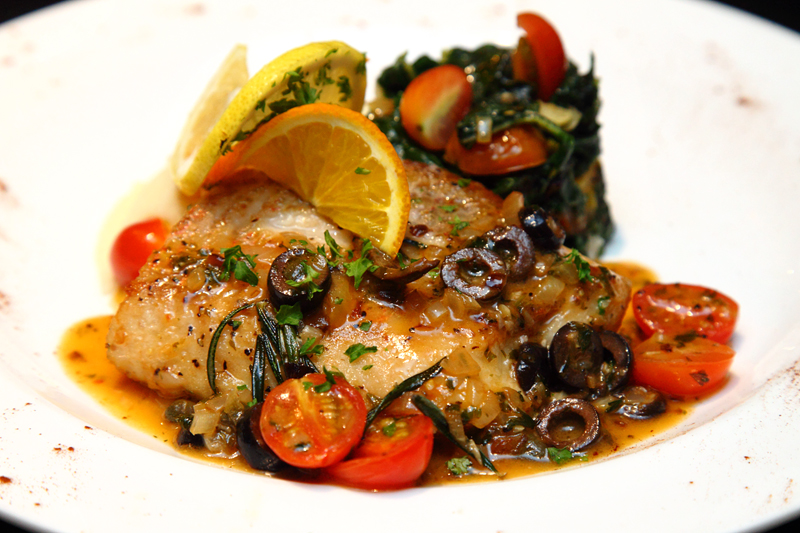 And as usual, SL went for fish. She had the Dentice Di Scoglio Arrosto (roasted fillet of red snapper) @ RM59. There’s no doubt the fish was fresh and enjoyable but what really made the dish was the expertly prepared sauce that had garlic, olives, capers and parsley – all cooked in lemon juice for that tangy, appetizing flavour. And even as sides, the mashed potatoes and spinach were nicely done too. 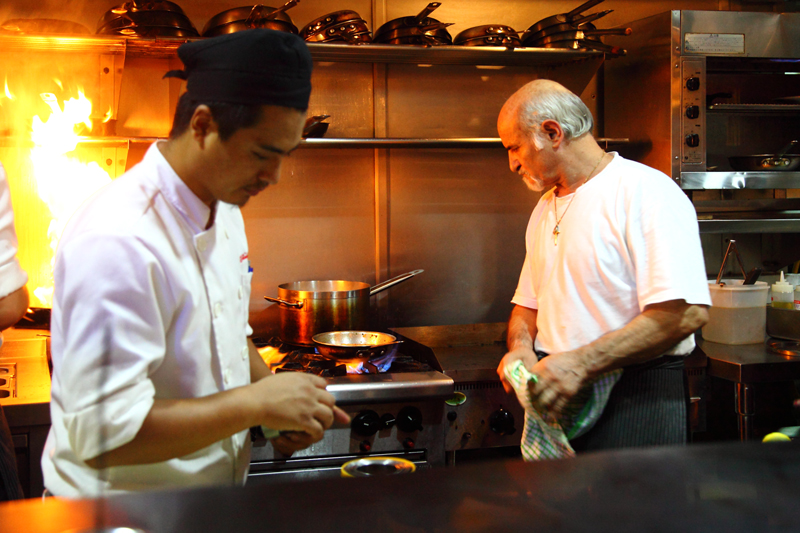 The open kitchen is enclosed in glass so patrons are able to catch a glimpse of the chefs in action. And that’s chef Paolo on the right :) 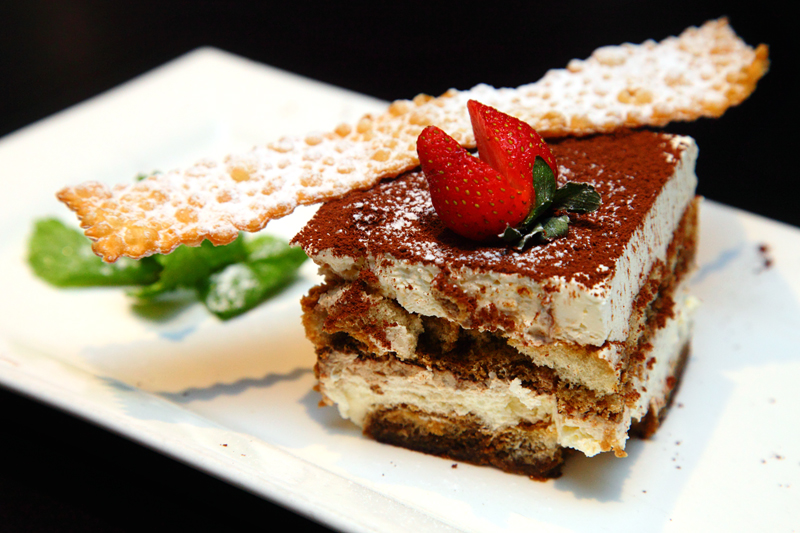 There’s no lack of desserts here and we had their Tiramisu @ RM21 to share. It was nothing fantastic but still good and we really liked the presentation. 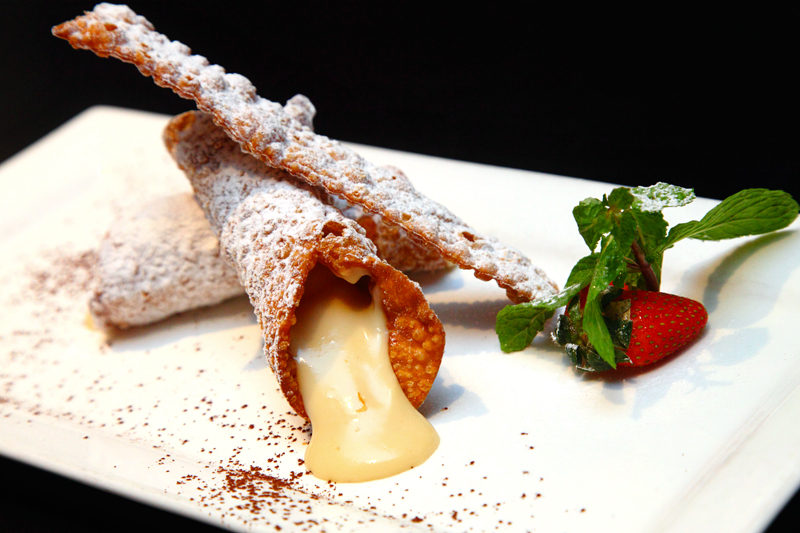 On the other hand, the Cannoli @ RM20 might be a better option if you are looking to try something new and have sweet craving. Commonly found in Italy, these crispy pastry tubes are filled with creamy vanilla custard cream and dusted with castor sugar. It’s really as delicious as it sounds. 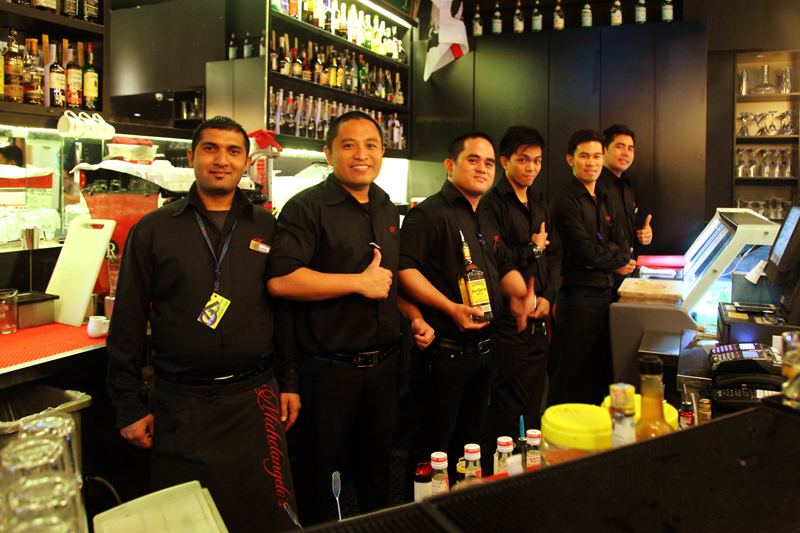 As for the service at the restaurant, it was friendly and polite. I have to give the waiting staff the thumbs up for their good work attitude. They were quick on changing our plates frequently without being intrusive. 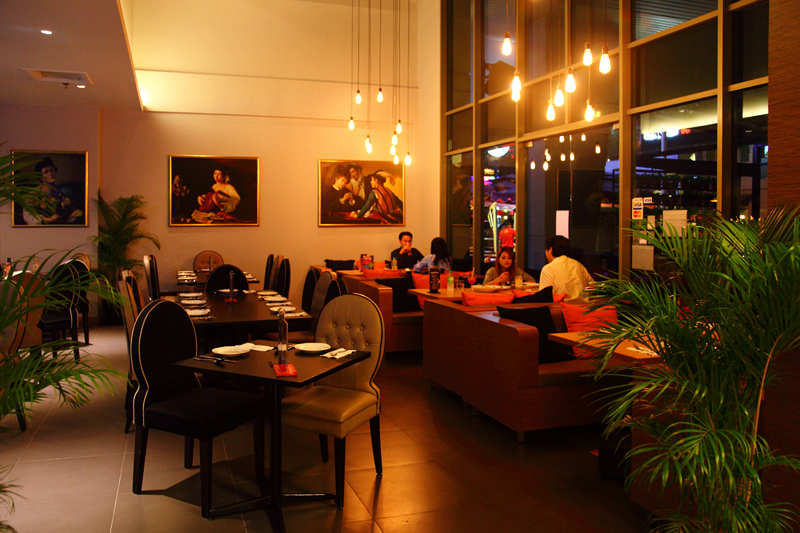 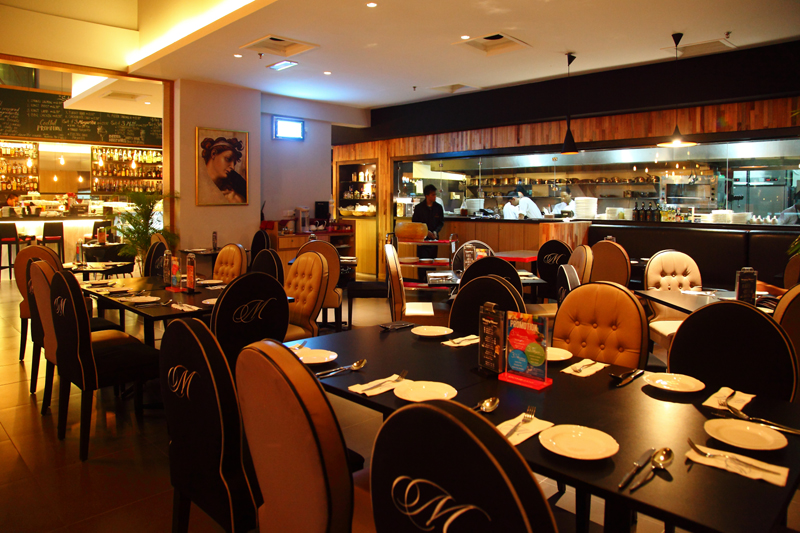 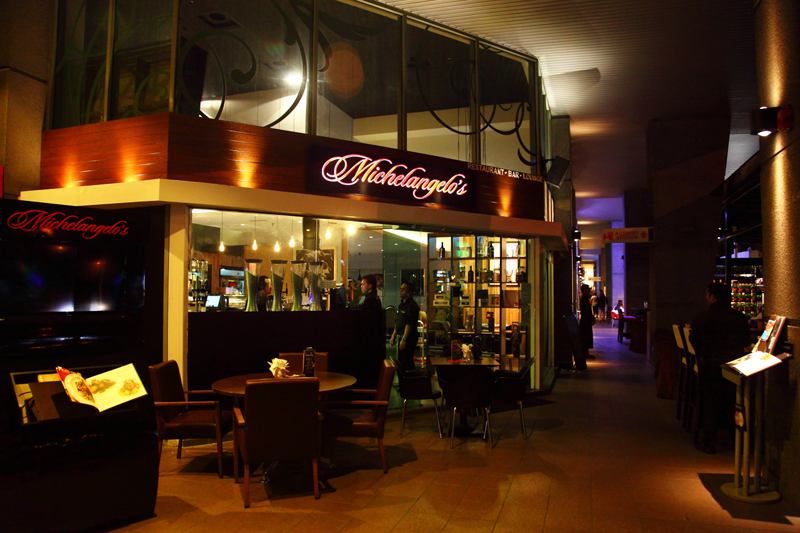 All in all, Michaelangelo’s might not be as fancy as the other new restaurants in town but the food’s good (based on what we had) and the prices are reasonable enough for repeated visits. In conjuction with the month of Ramadhan, currently there’s a special Ramadhan menu that features Malay-Italian fusion dishes such as Lamb Rendang Risotto, Pizza Sambal Udang and Linguine Vongole Masak Lemak. Sets are available too starting from RM89.90 for 2 pax and RM159.90 for 4 pax. I don’t know about you but that looks like a pretty good deal to me.