Kepong has seen a rising number of cafes in the recent years but The Morning After at Ativo Plaza is one of the few that serve real food, instead of taking the easy way out by assembling waffles and sandwiches then sell them at a few-fold higher prices. 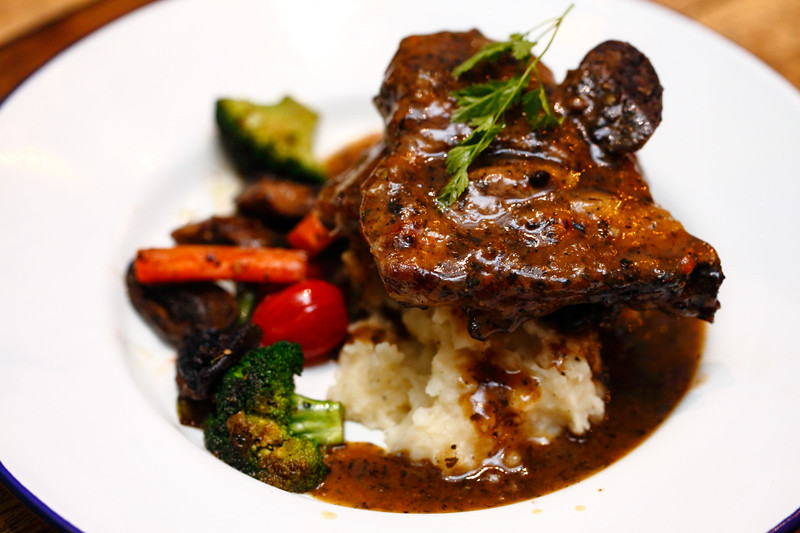 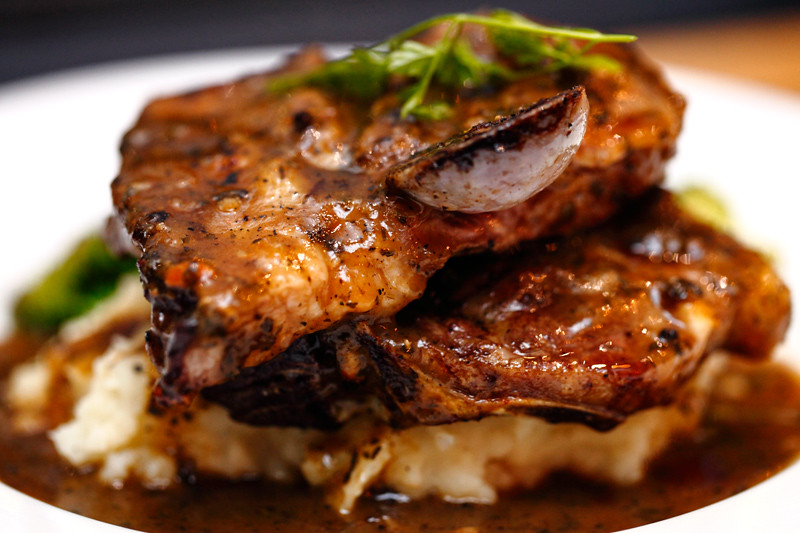 TMA’s menu aims to please providing a variety of dishes from all-day breakfast, pasta, mains, burgers, finger food, coffee and desserts. On paper, the selection appears vast enough to cater to any meal of the day. If you fancy a meaty dinner you could even order a steak here, which is kind of rare (and ambitious) for a cafe to do. And maybe there’s where the problem lies.
The Grilled Lamb Shoulder @ RM30 could have easily been great but the sauteed vegetables and mushrooms were so salty that they were almost briny. A shame considering the lamb was well-cooked. 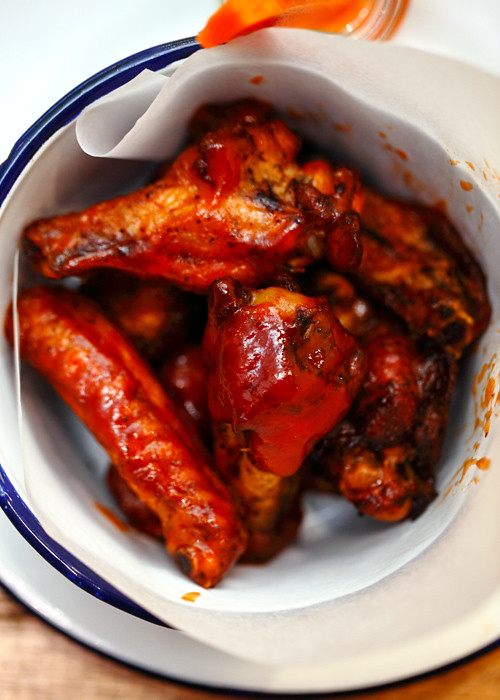 Buffalo Wings @ RM18 looked promising. Sadly though, it was microwaved from a pre-made batch so the meat was dry. 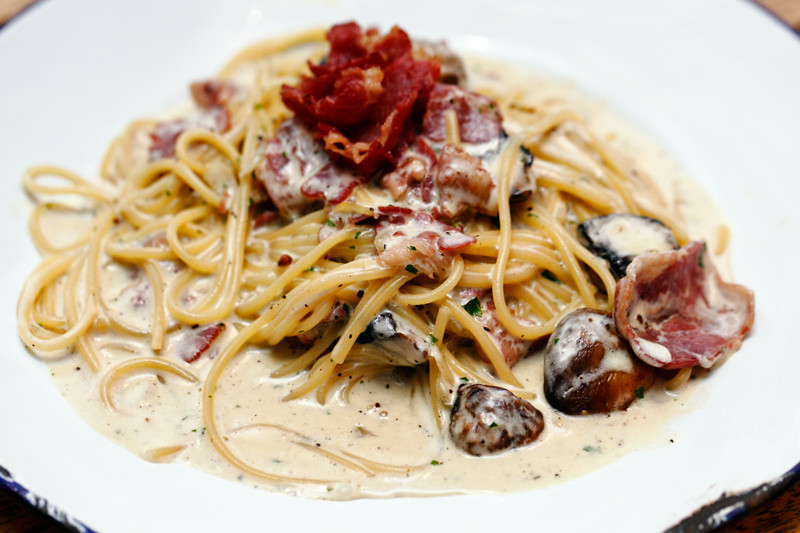 The Spicy Aglio Olio is a personal favorite of a friend who works in the area but unfortunately they ran out of prawns that evening. So after asking the staff for recommendation we settled for the Creamy Beef Carbonara Pasta @ RM22. No complaints about this, the portion was hearty and it tasted good like what you’d expect. 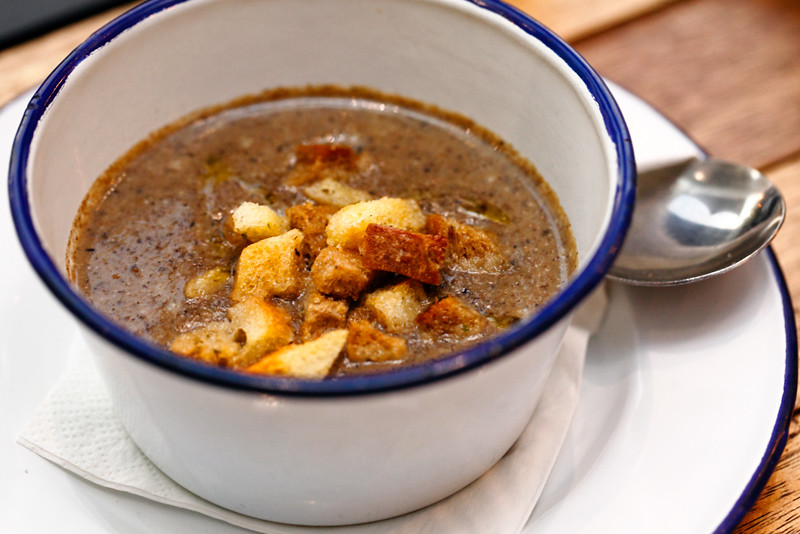 Wild Mushroom Soup @ RM13 was delicious – rich, flavorful with chunky mushroom bits. But the measly portion is quite pathetic (soup filled less than one third of the bowl) and simply not worth reordering. 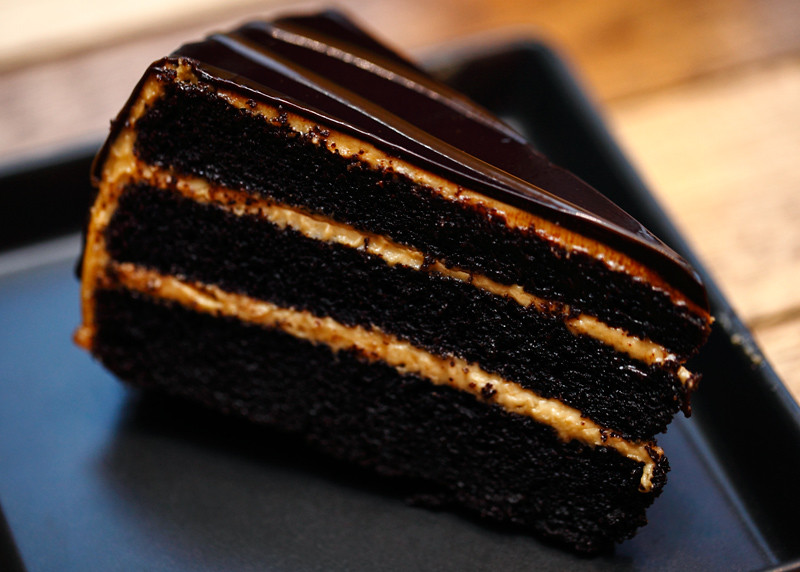 I think the bottom of the cake was somehow ruined so it arrived slanted. I am not trying to be difficult to please here but for me, I wouldn’t serve the cake even if it was the last slice, which it was. That said, the Nutjob @ RM14 is something worth coming back for, especially if peanut butter is your thing. 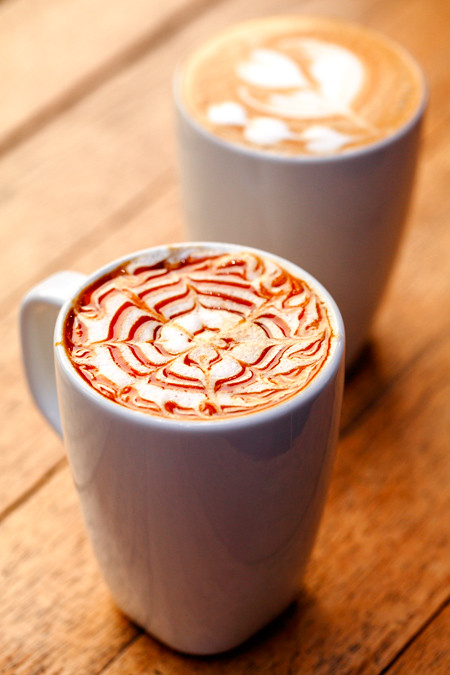 Coffee is decent but nowhere as great as others make out. 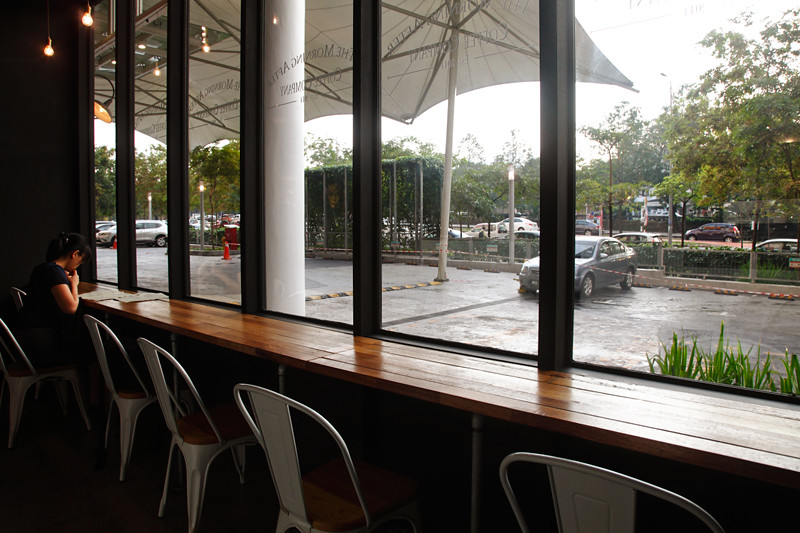 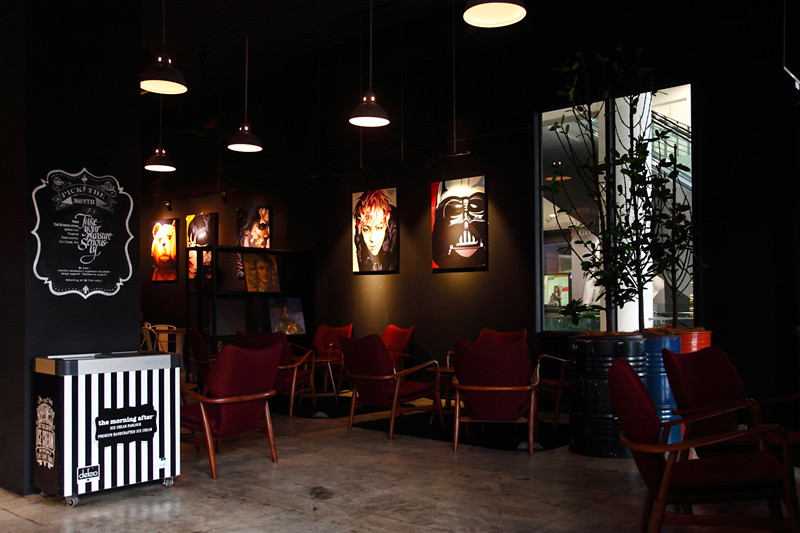 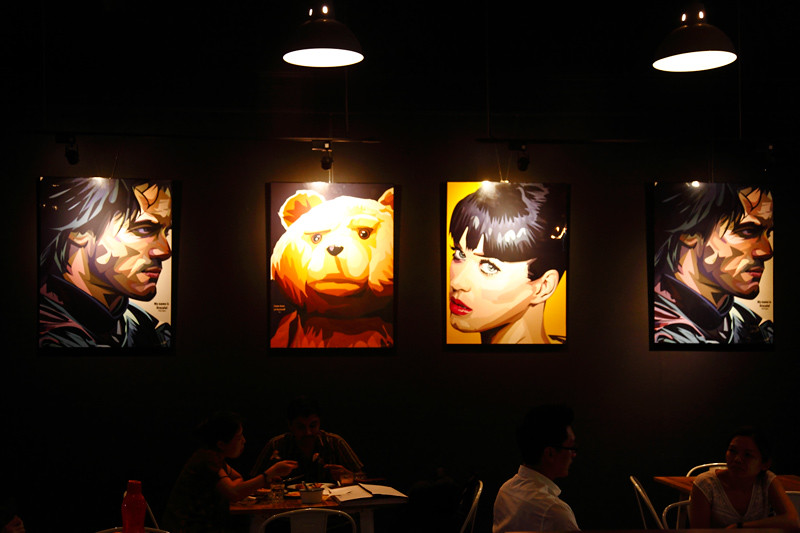 Service is friendly but lacks efficiency especially the cashier who seemed to struggle with the cash register. But since there’s no service charge here I am willing to overlook that aspect. Despite my unflattering comments on certain things, they do not take away the fact that The Morning After is still a great gathering spot. 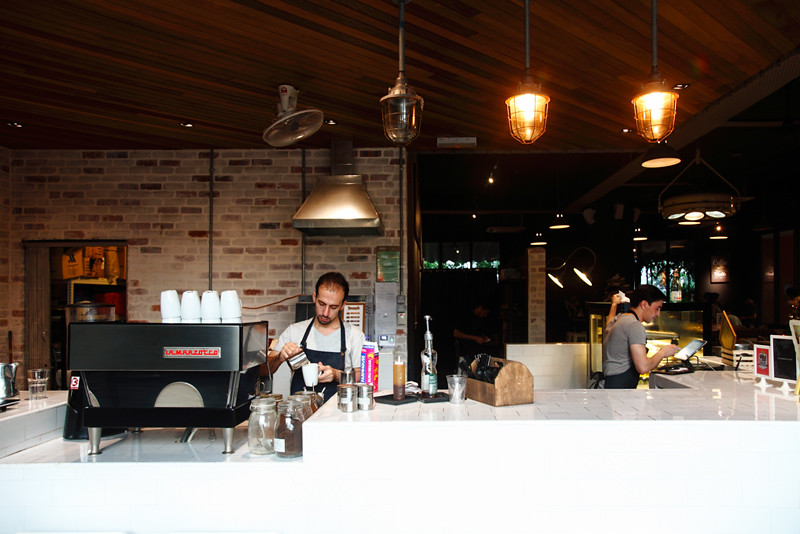