There are two things that set Mr Fish‘s fish head mee hoon’s apart from the usual ones. Firstly, their soup is made from pork bone and secondly, farmed barramundi (siakap) is used as the fish instead of carp or grouper. So if you compare Mr Fish’s fish head mee hoon to the hawkers’ version you’re used to eating, there is definitely a difference in taste. 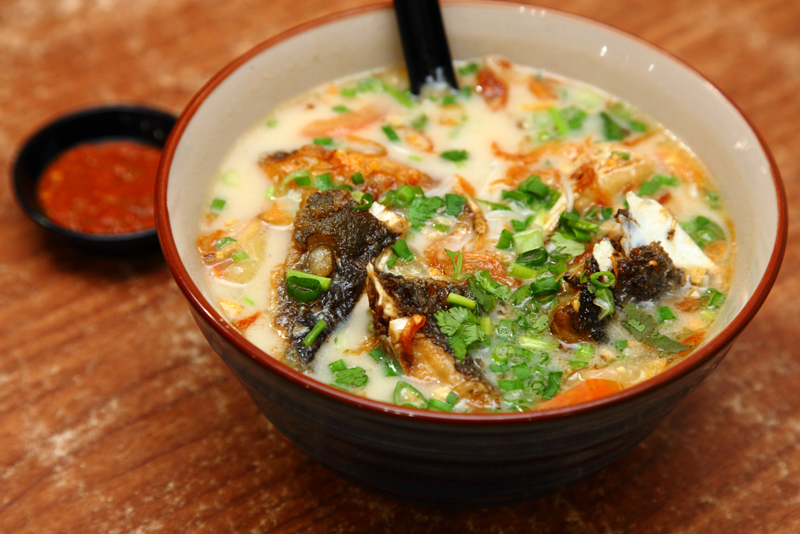 Since the soup in each bowl of fish head mee hoon is prepared separately, you are able to customize the flavour according to your liking. For example, you could ask for more or less pickled vegetables, tomatoes and Chinese wine in your noodles. Before you start eating, do give the noodles a good toss and stir to ensure all the seasoning is mixed through evenly.
While it’s not the best I’ve had, the soup itself is decently good – fresh and clean tasting with a light sourness just enough to bring out the flavours. FYI the fish is available in fried and non-fried version. RM11.90 for small, RM13.90 for large. 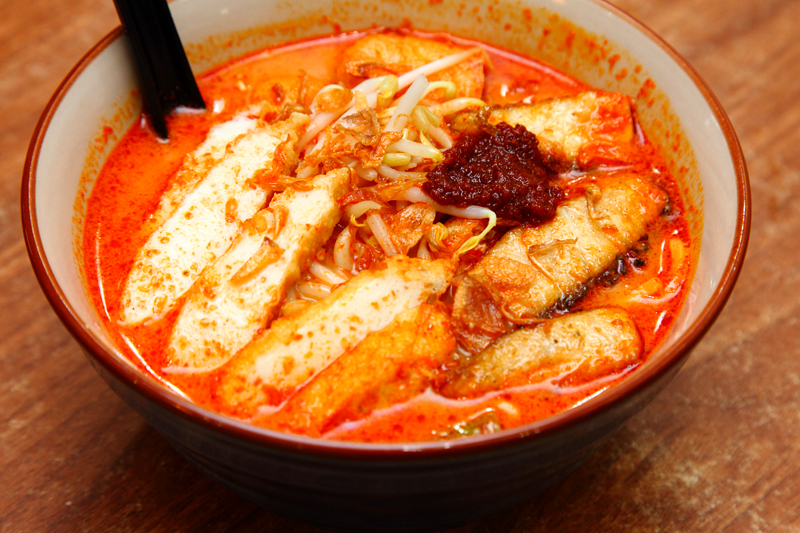 If you like your curry laksa spicy then you won’t be disappointed with Mr Fish’s Teochew rendition of the noodle @ RM7.90. Just keep in mind though, that this is a Teochew Curry Laksa that’s prepared with a recipe from the northern part of Malaysia so it’s not the creamy, lemak version. But for someone like me who’s from BM, I could relate to the taste almost immediately. 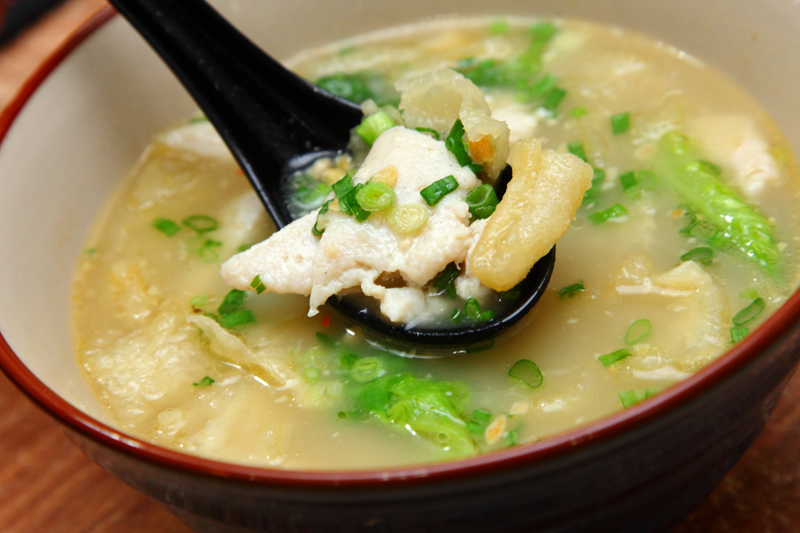 A recently available dish in their menu is the Fish Maw and Fish Paste soup @ RM21.90. Expecting it to be sourish similar to the fish head noodle’s, we were pleasantly surprised to find that the soup was actually sweet with a slight herbal scent. And to our delight the soup did not taste fishy at all too despite having so much fish maw in it. 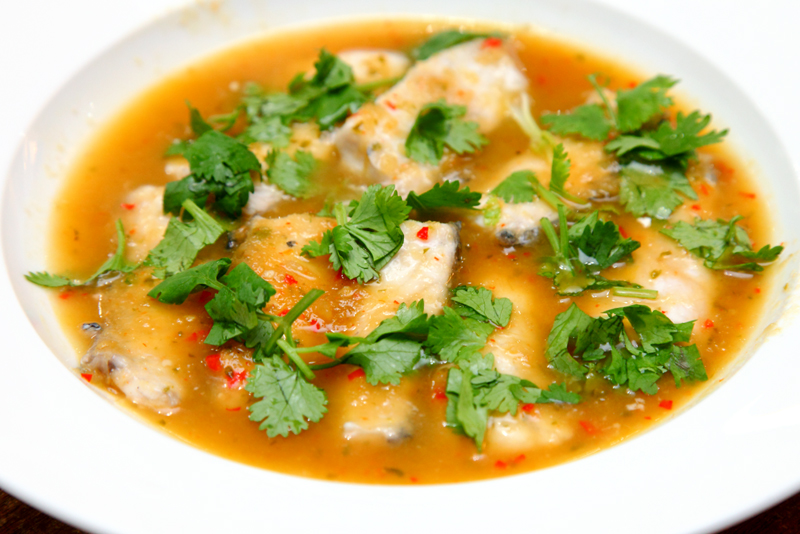 Besides single-portion noodle and poridge, Mr Fish also serves a handful of traditional home-cooked dishes to cater for family meals. The Steamed Fish Fillet @ RM37 (16 pcs) is available in 5 types of sauces. We tried their recommended Assam Sauce which has a Thai influence in it, rendering it both sour and spicy, and also very appetizing with rice. 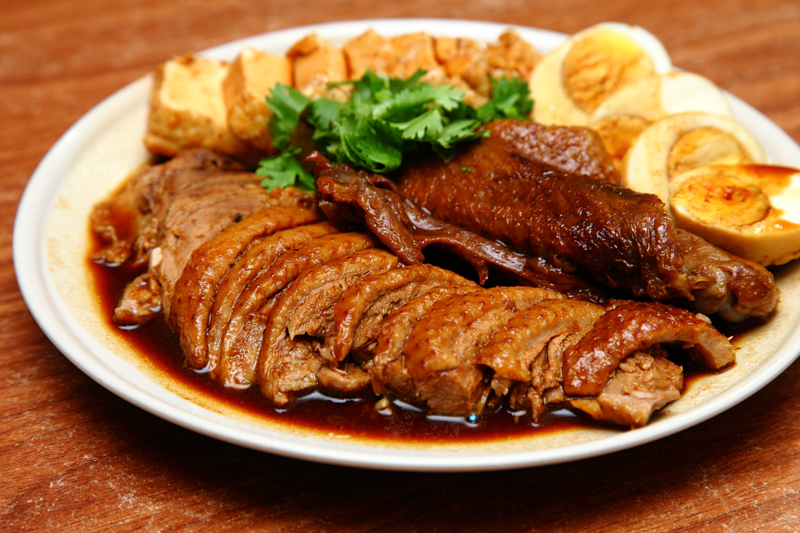 Personally, I feel the Teochew Lor Ark (braised duck) is a must try here and you wouldn’t go wrong with ordering this. It’s beautifully braised to tender and succulent finish with a rich and robust flavour, simply delicious. Do note that this is only available on selected days from Fridays to Mondays. 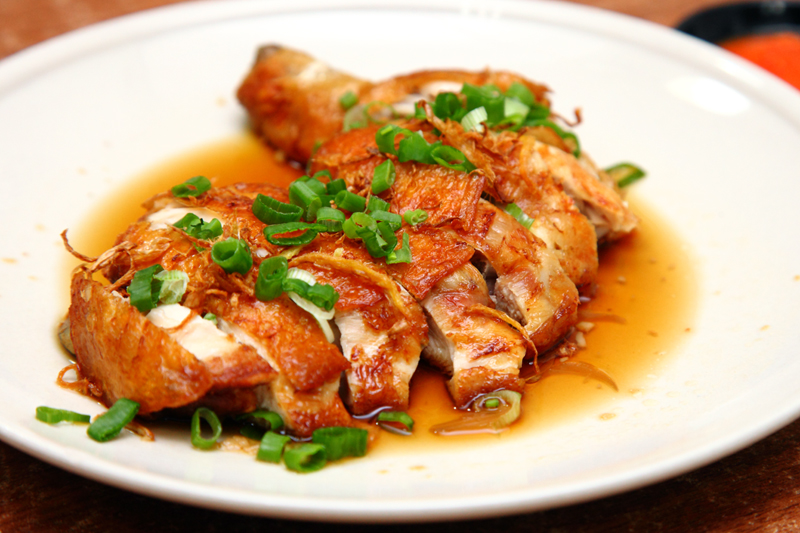 Not a fan of duck? Chicken is also available and it’s not too shabby either. The roast chicken (available in quarters) fulfills the most basic requirement of a good roast chicken – juicy on the inside with a crispy golden brown seasoned skin. 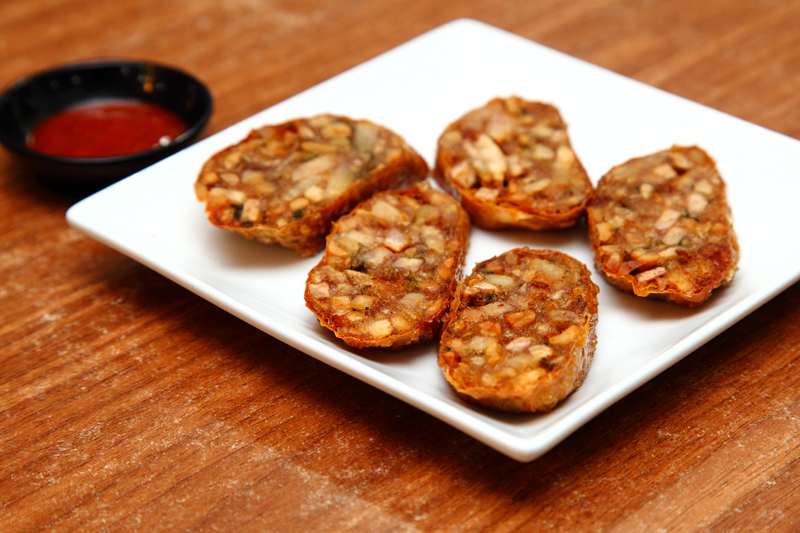 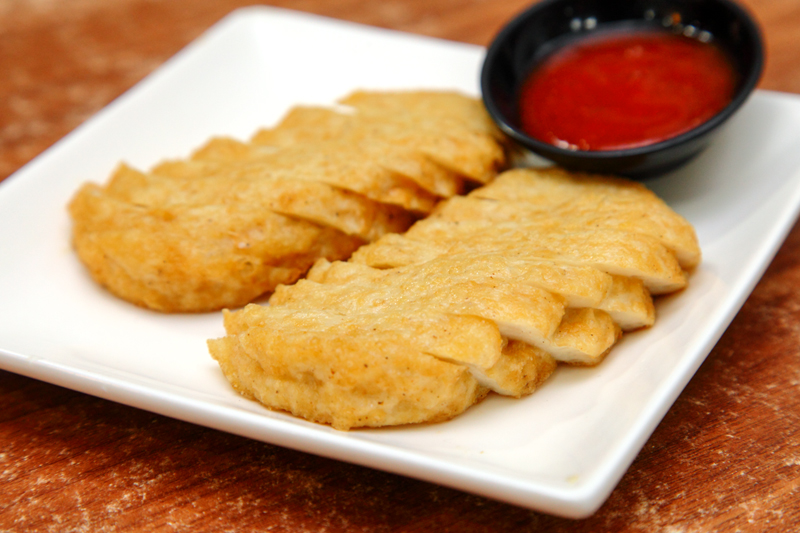 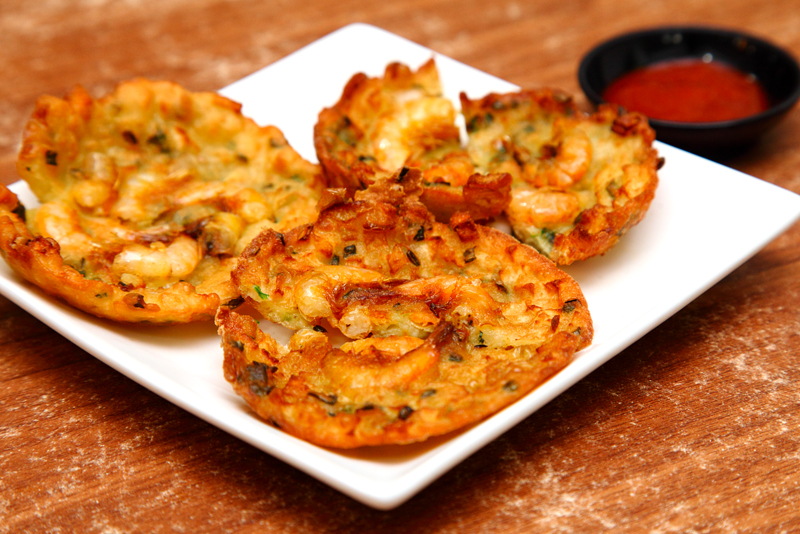 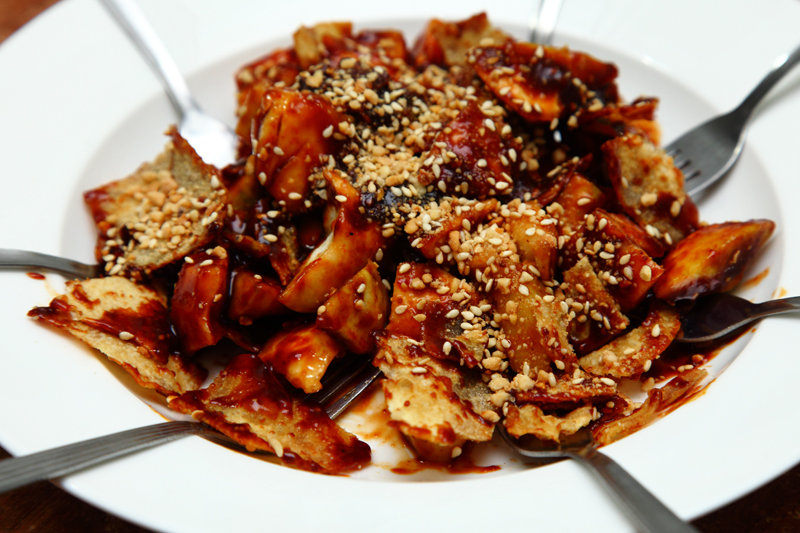 A handful of snacks are also available as side dishes or for sharing, such as Kuang Chiang (Teochew Yam Fritters), fish cakes, crispy prawn fritters and fruit rojak. All of them are reasonably priced between RM4 and RM8 depending on the portion size. Being traditional snacks, they won’t necessarily blow you away, but they are sufficiently good enough for me. 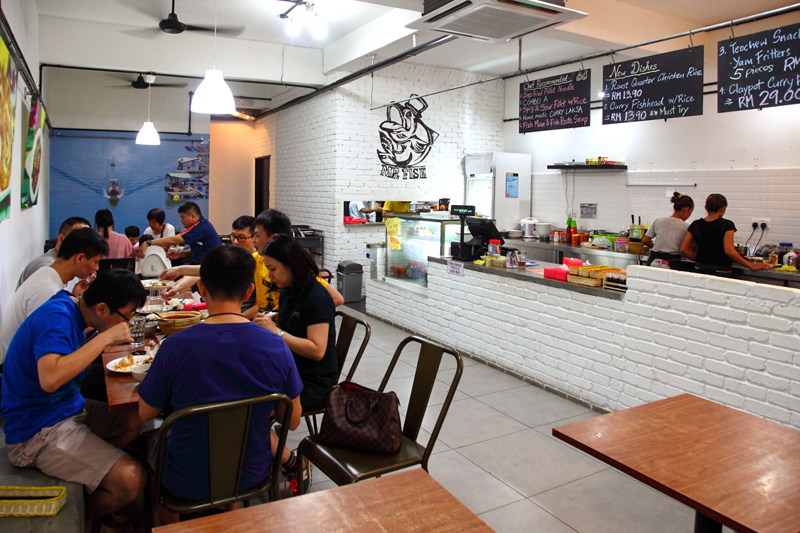 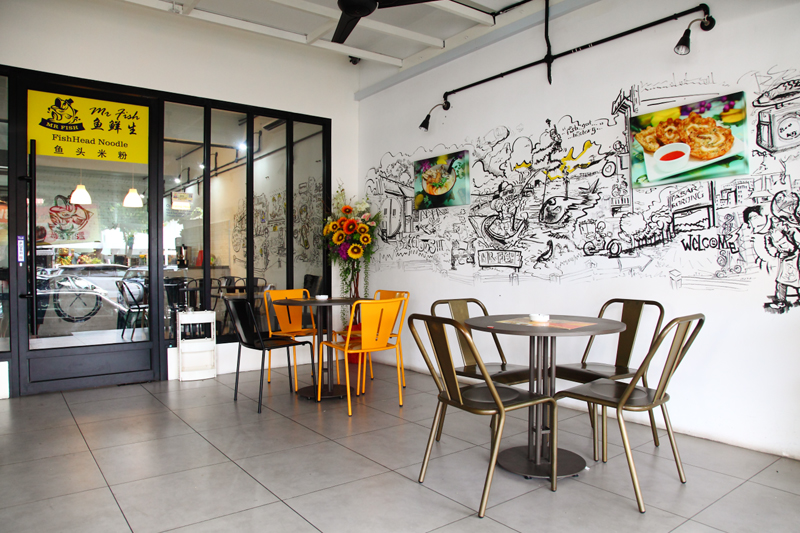 Although Mr Fish might not serve the best Fish Head Mee Hoon in town, the variety of food, cleanliness and the willingness to listen to customers’ feedback more than make up for it.
As mentioned before, most of the dishes here are prepared a la Teochew style using family recipes, so they are MSG-free with a homey taste. If that’s what you are looking for in a meal, I think Mr Fish will deliver the expectations. 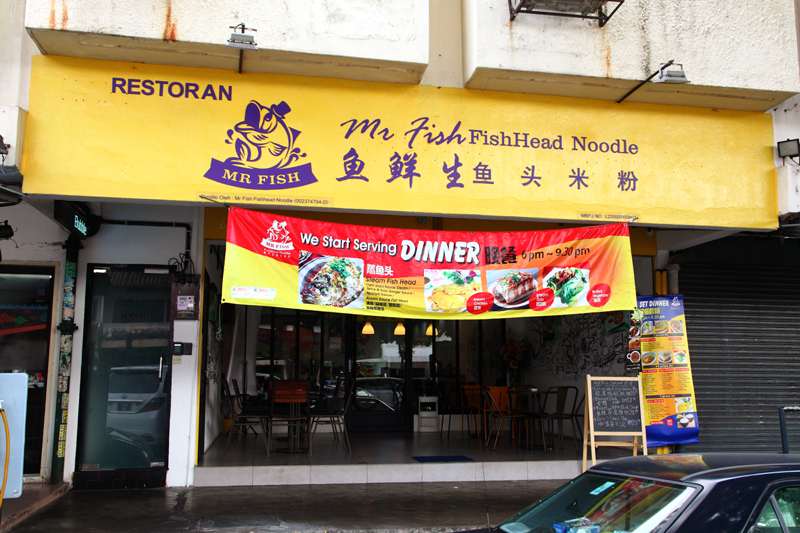