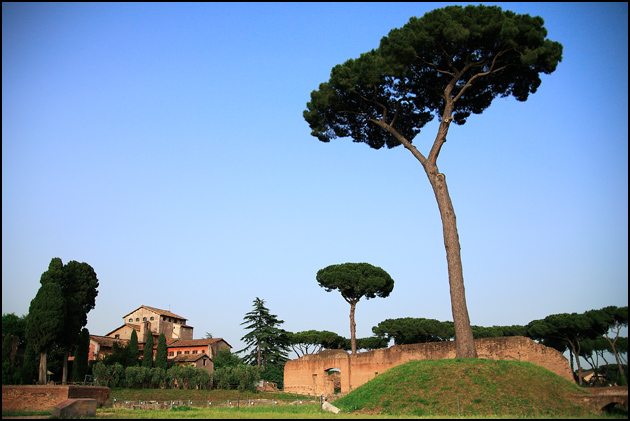 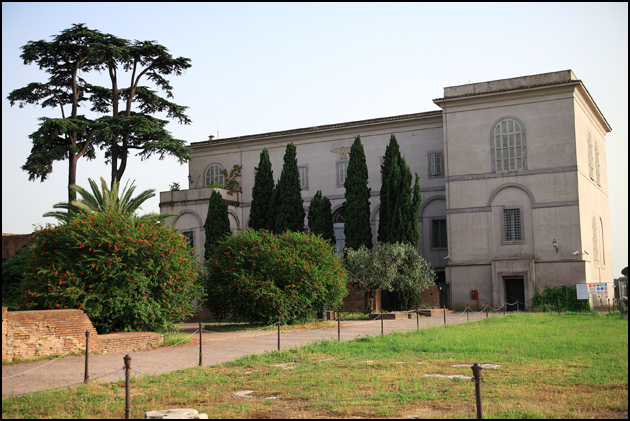 You will need to spend at least three good hours to see the entire Palatine Hill because of the area is so huge. And it is pretty tiring to after climbing the stairs up here. So we did not explore the Casa di Augusta because our visiting hours were up. Around Casa di Augusta are these dotted trees that make good wallpaper photos. 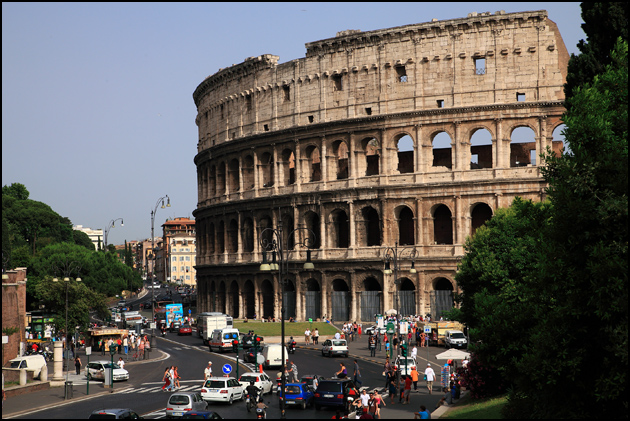 There is a rather secretive spot in the Roman Forum where you can see the Colosseum in a different perspective, great for photos too. It is an open space located at the far left end of the Roman Forum. 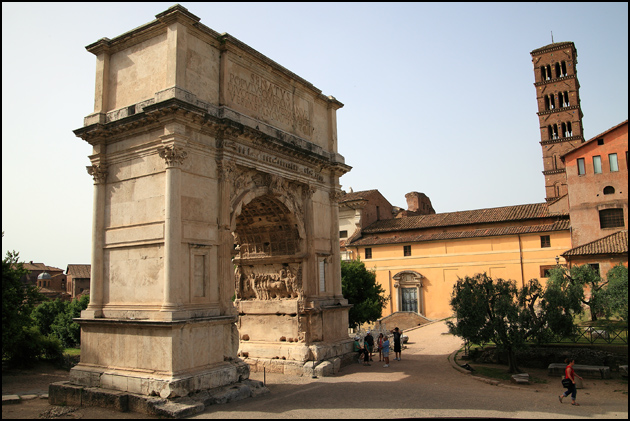 The hefty Arch of Septimius Severus, as seen along the exit from Palatine Hill through the Roman Forum. The arch erected as a dedication to celebrate Septimus’ victories in the Middle East. 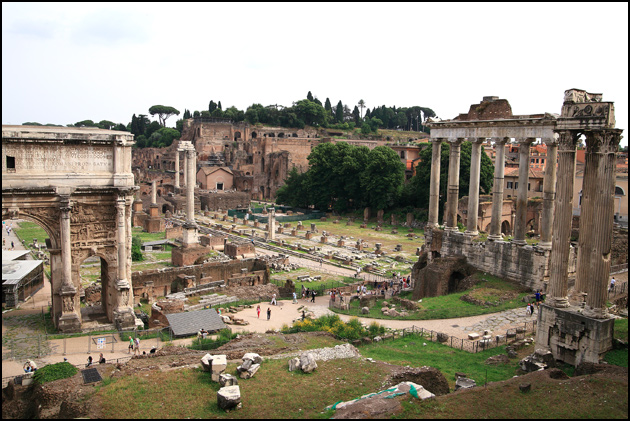 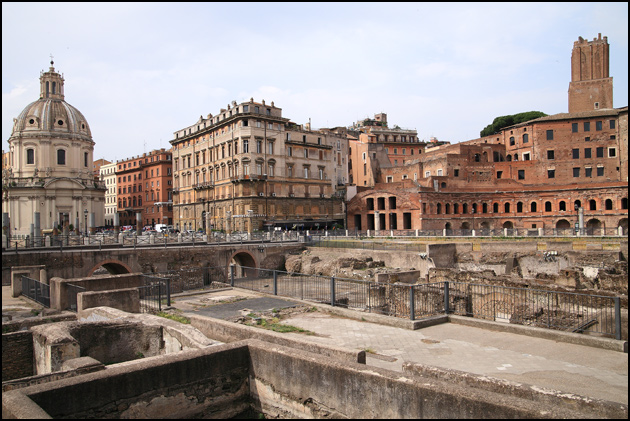 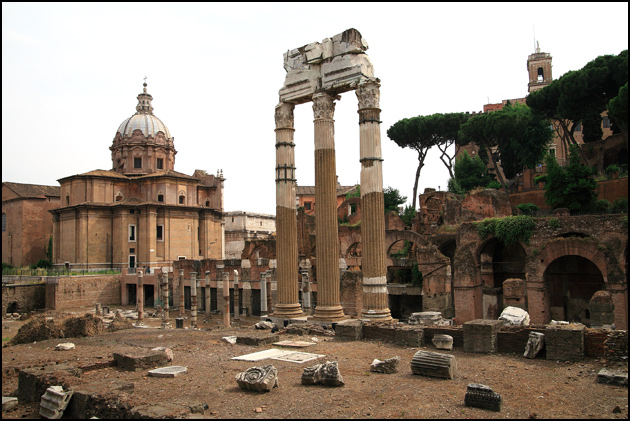 Just across the Roman Forum is the Fori Imperiali, is a complex of temples, basilicas and public squares which required extensive excavations in the first and second centuries. I am not sure why, but this place was quite deserted. 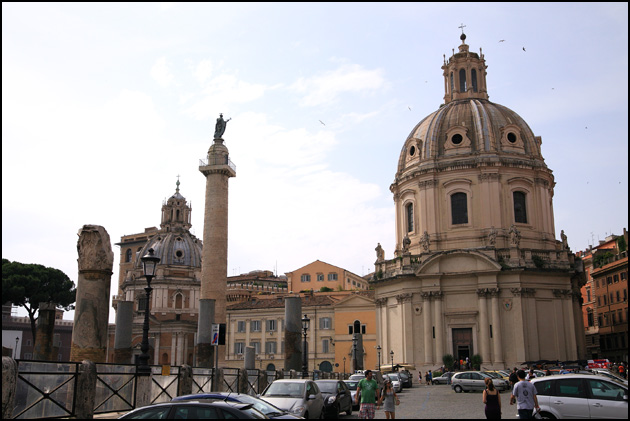 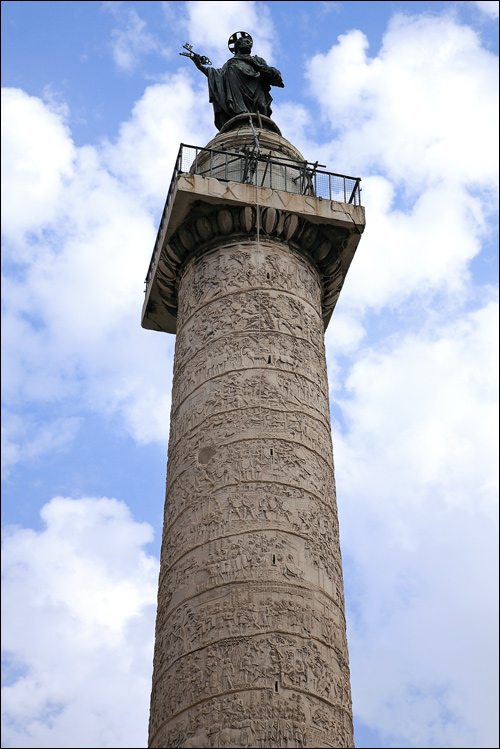 Although normal looking at first, the Trajan’s Column that is most famous for its spiral relief-sculpture actually has 2500 carved legionnaires involved in Roman warfare. Because of this, its design has inspired many ancient and modern victory columns. 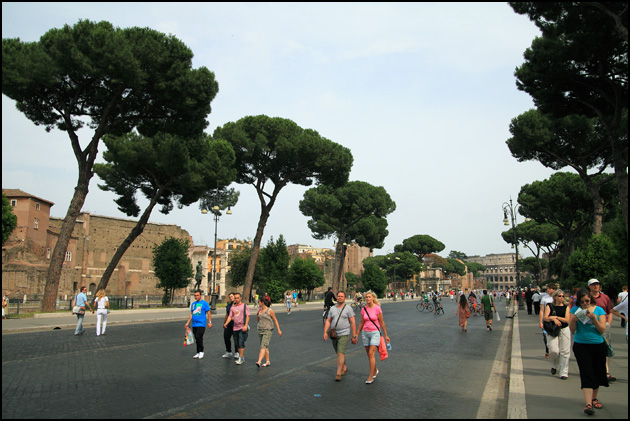 Maybe because it was a Sunday evening, some major roads leading to the Colosseum were closed to vehicles. The usually busy road was instead filled walking locals and tourists alike. 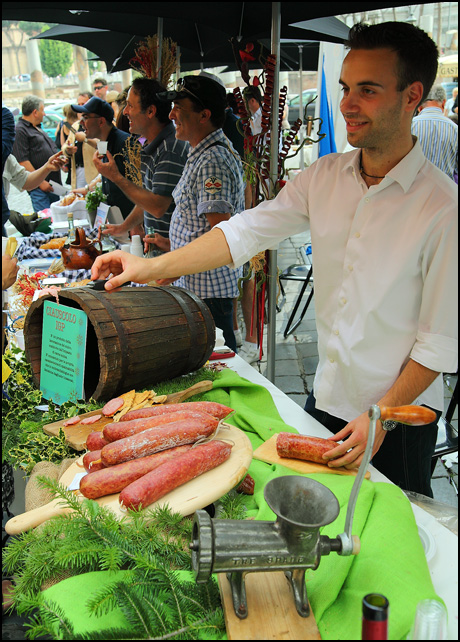 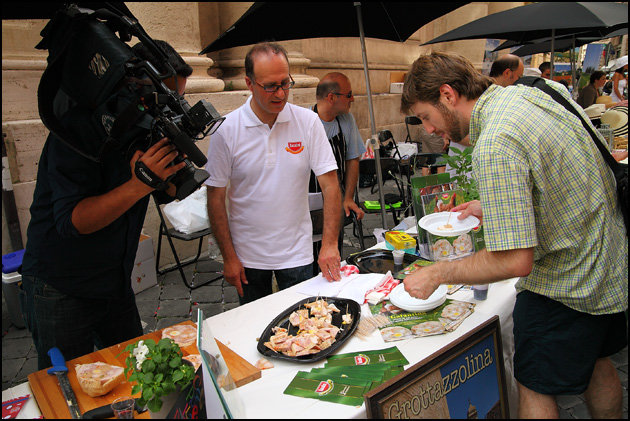 Lady luck must be smiling upon us, as we spotted an exhibition of local produces like wine, cheese, bread and meats from various villages just next to the Trajan’s Column. It only meant free food! 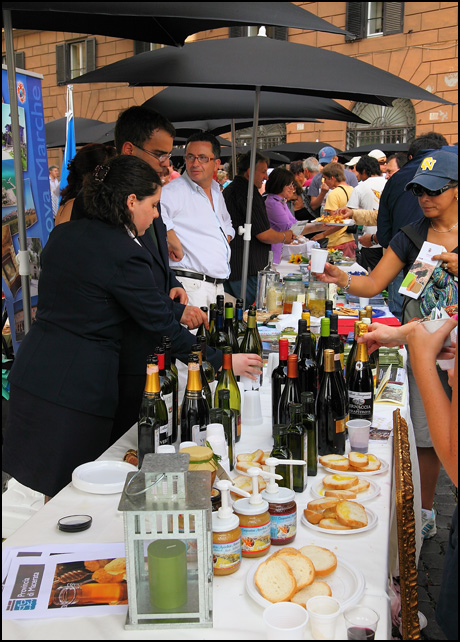 You can only imagine the happy faces on the tourists for the free flow of white and red wine.. 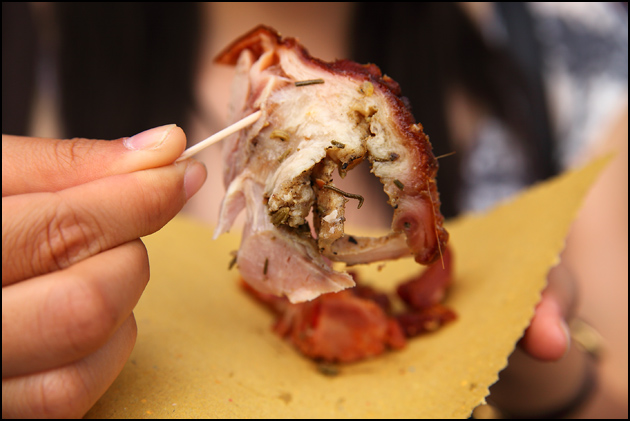 But honestly most of the food did not really suit our tastebuds, and I am not a drinker so I wasn’t able to appreciate their wine too. So, only the spicy roast pork managed to leave us with a memorable taste. But I really shouldn’t complain considering all the foods were free. 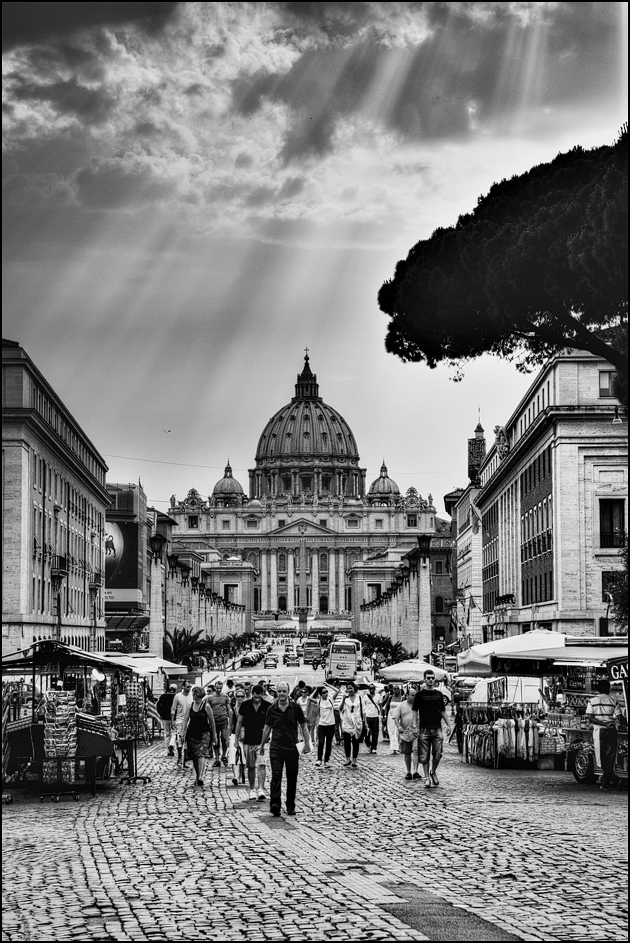 While walking around, we spotted the St Peter’s Basilica in Vatican City behind us. 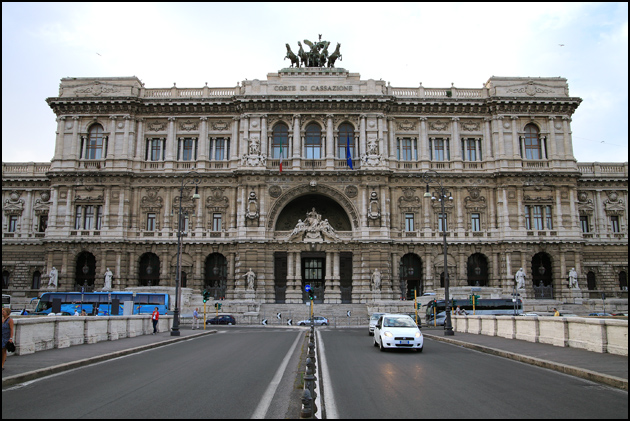 Further down the road is the Supreme Court of Cassation. 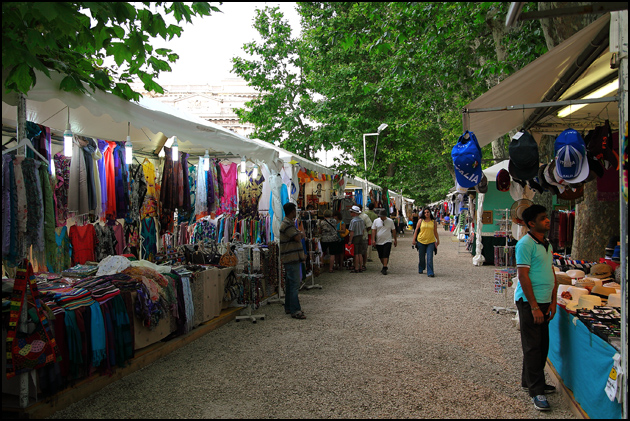 We came across a flea market selling cheap goods and foods near the court, mostly operated by foreigners. 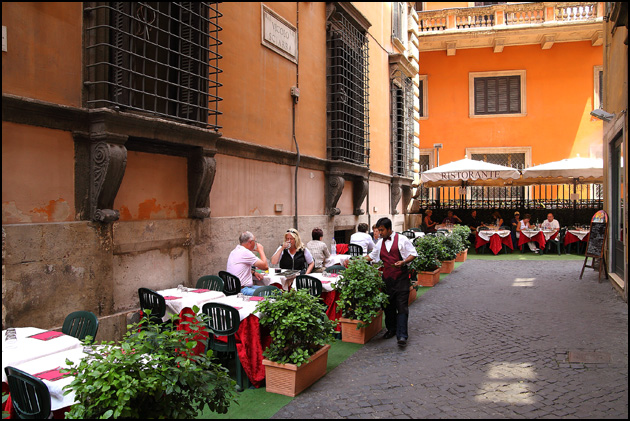 A random cafe along the streets of Rome. 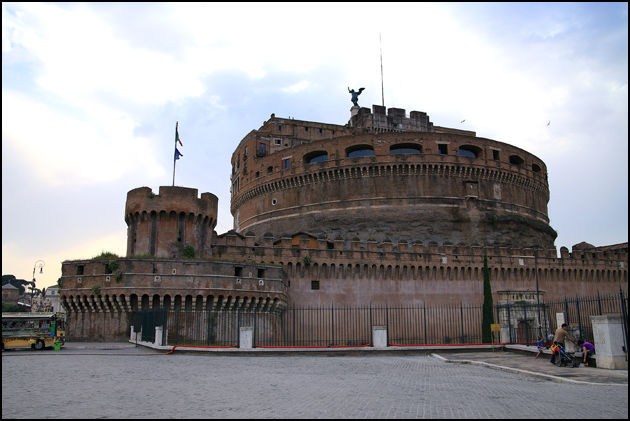 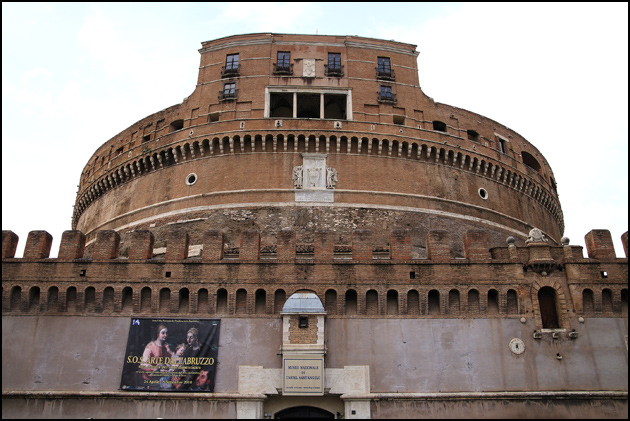 The Castel Sant’Angelo was initially built as a mausoleum by the Roman Emperor Hadrian but later used as a fortress and castle by the popes. Now, it has been turned into a museum and derives its current name from the angel statue on top of the building.
We didn’t enter the castle because the entrance fee was quite expensive. So we just hung around the park and observed the locals going about their business.

Bar B Q Plaza – Perfect For These Rainy Days