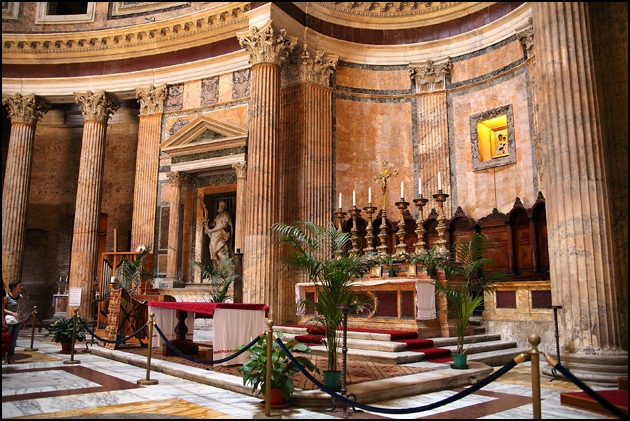 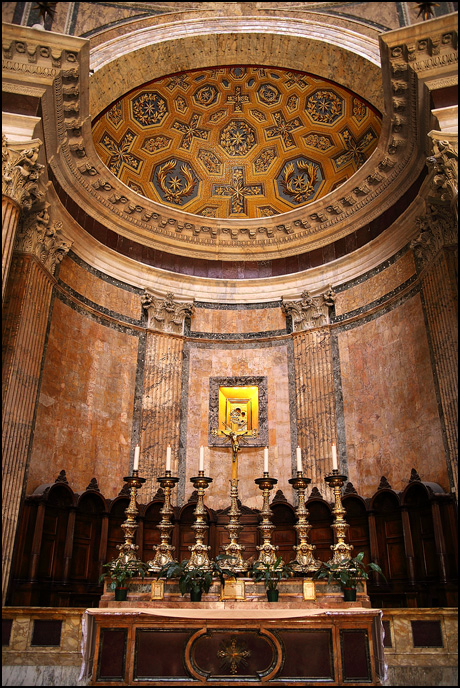 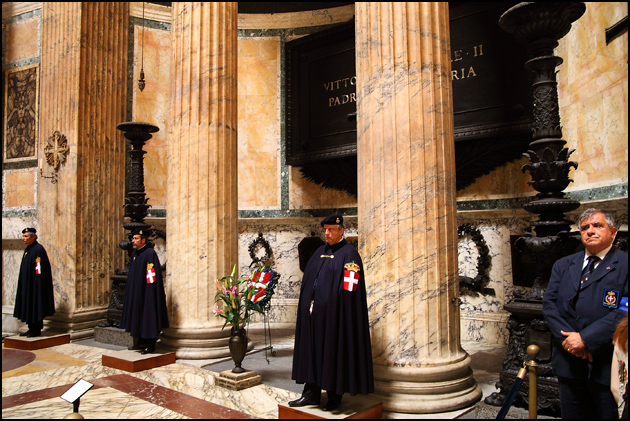 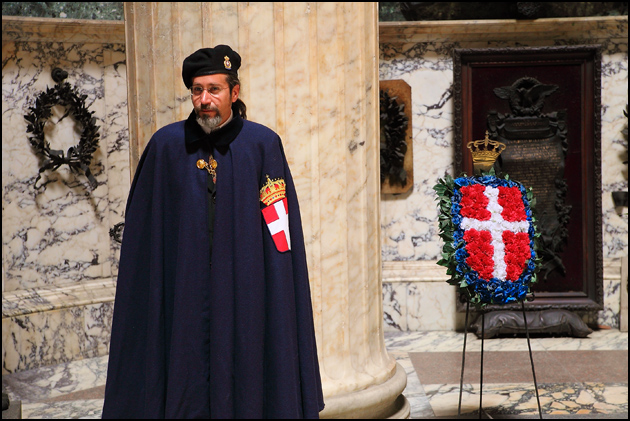 Although stern looking, the Swiss Guards were in fact very friendly and happy to answer any questions you have about the Pantheon. 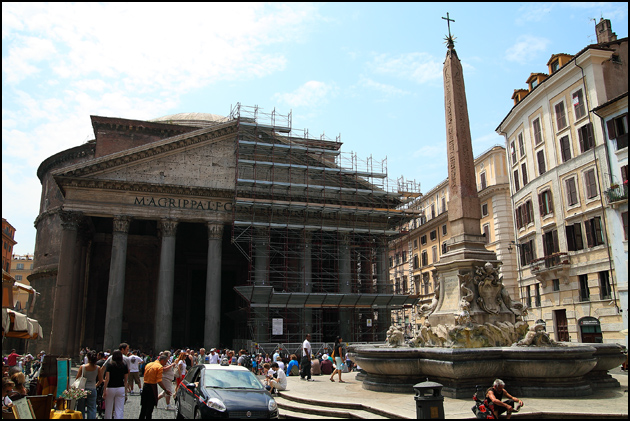 The Pantheon is open daily and its free to enter. Too bad they were doing some constructional works during our visit that kinda spoiled the photo. 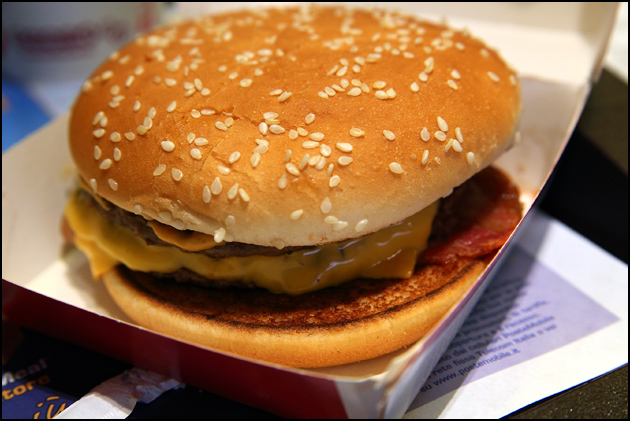 Took our lunch at McDonalds just opposite the Pantheon, the burgers sold here are different from those in Malaysia, like this Bacon Cheeseburger.. damn it was so good I wish it would make its way to us soon.. 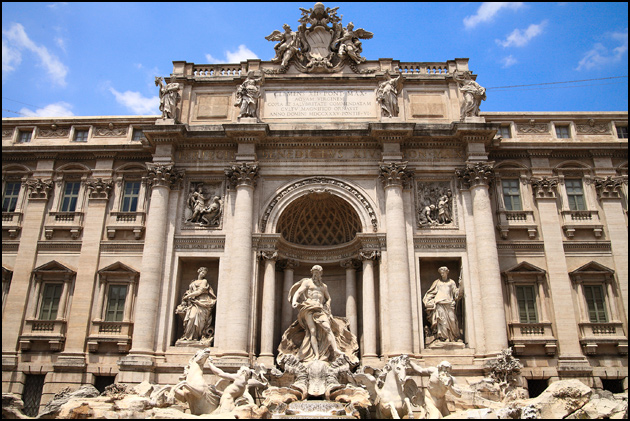 The bombastic Fontana di Trevi (Trevi Fountain) is yet another must see in Rome. Being the largest Baroque fountain in the city, it is also an ideal place for tourists to paddle and cool off especially during summer. 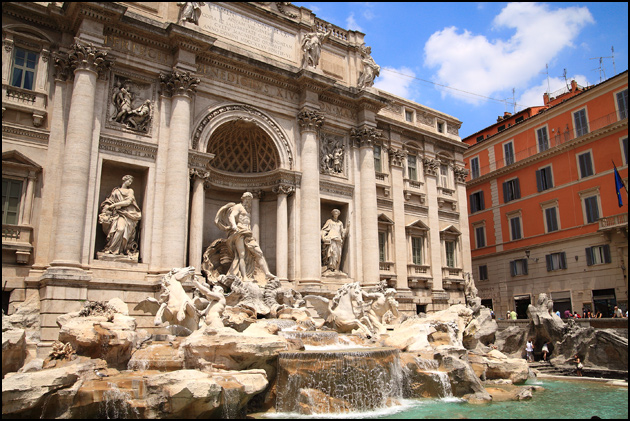 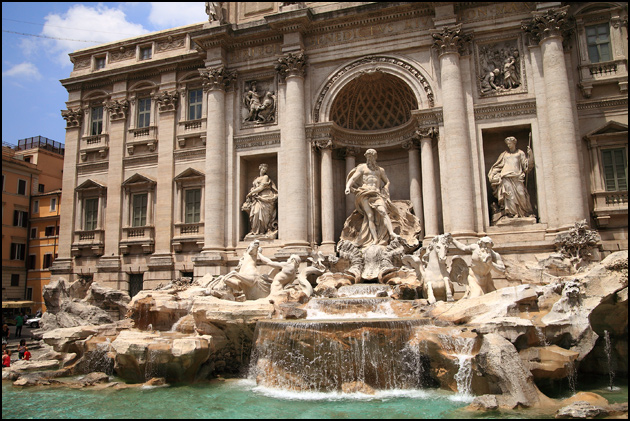 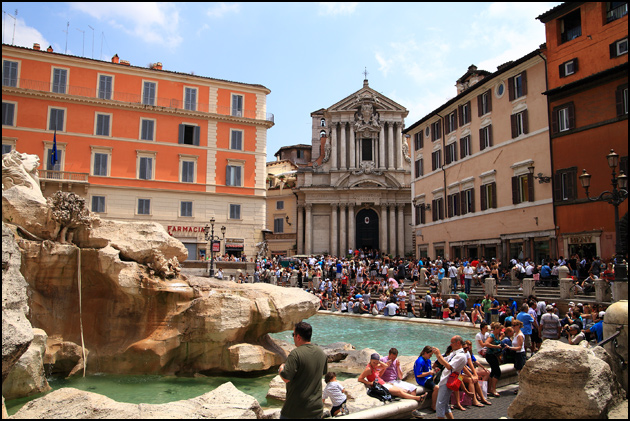 As beautiful as the fountain may be, sadly it was badly infested by tourists that makes photography a nightmare here. 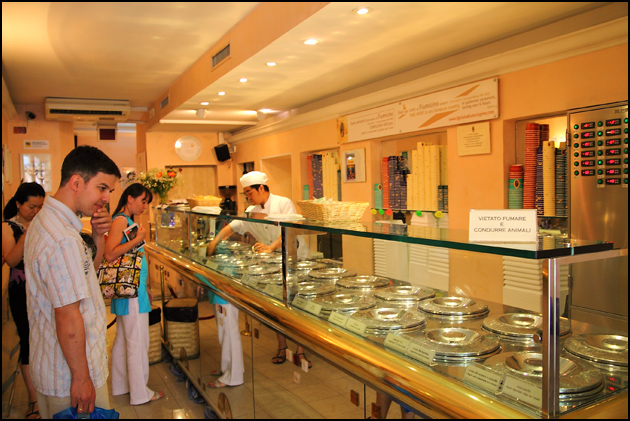 A few minutes’ walk from Trevi Fountain is one of the best gelato shops in Rome, or perhaps in Italy as well. Gelato di San Crispino at V.della Panetteria took us a lot of time looking for it but luckily the gelato was more than worth the effort. 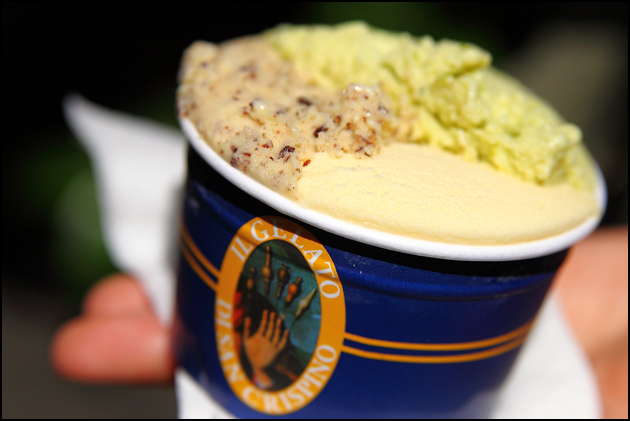 The gelato has an incredible smoothness and texture compared to the others we had. And the best part about San Crispino is, their gelato is very affordable despite the high quality. After our first cup we were hooked and had no second thoughts on buying another! Some of the recommended flavors here are honey and pistachio. 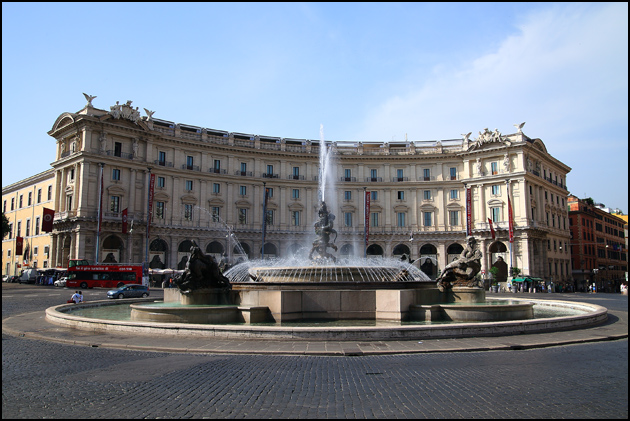 Next to the Rome’s Termini station is the Piazza della Republicca, a semi-circular piazza reachable via the Republicca metro station. 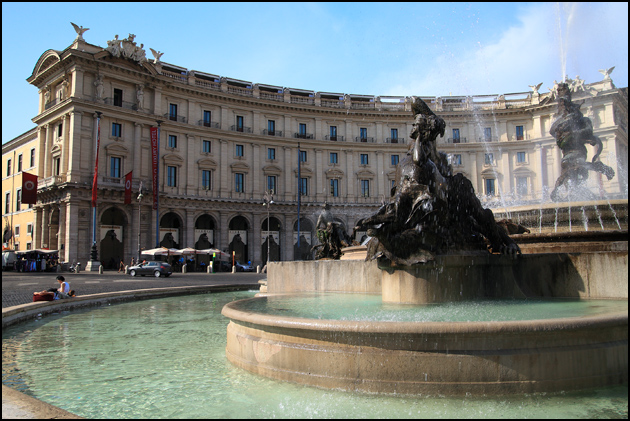 A fountain called Fountain of the Naiads, represented by different nymphs can be found here. It was originally the fountain connected to the longest aqueduct that supplied to the city of ancient Rome. 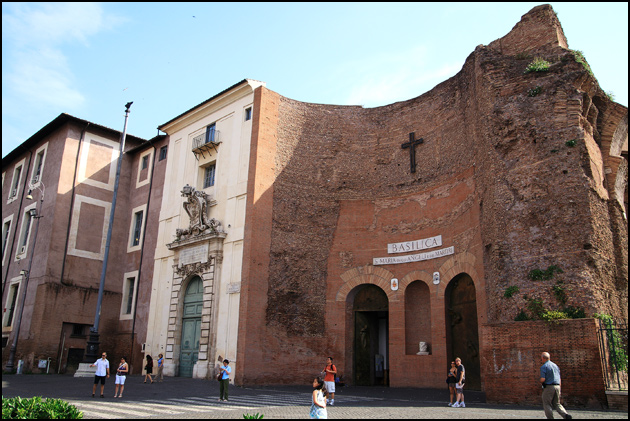 Also situated at the piazza is the Basilica di Santa Maria degli Angeli, which is built on the site of the Baths of Diocletian. Its antique appearance is thanks to Michaelangelo’s decision to preserve the classical ruins. 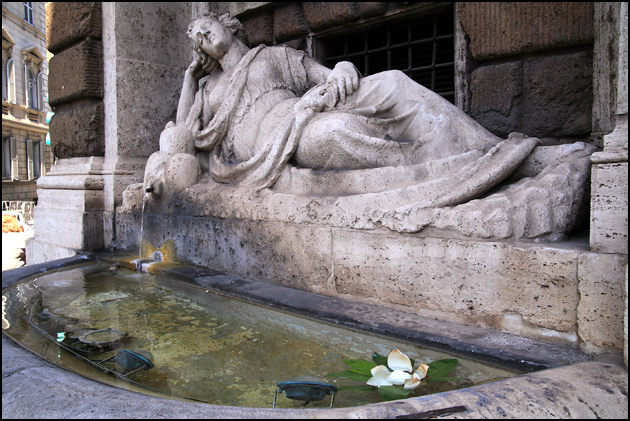 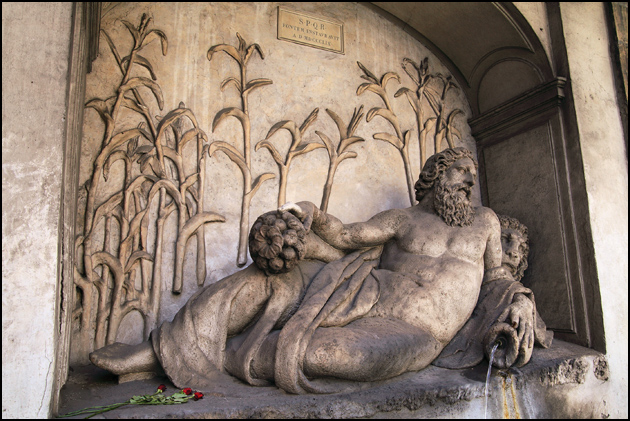 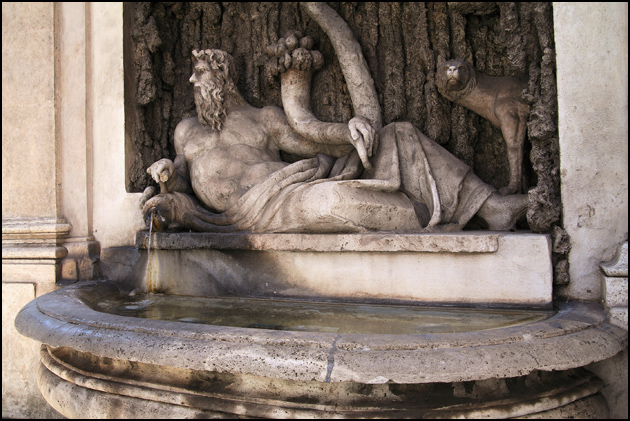 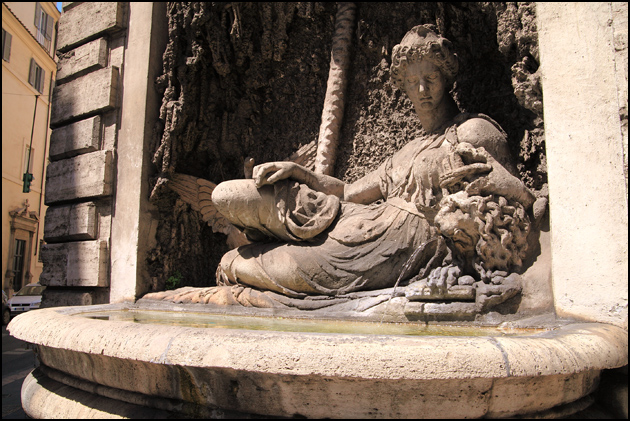 If you are game for walking and still have time on hand, try looking for Bernini’s Four Fountains, built into the intersection of V. delle Quattro Fontane and V. del Quirinale. These four fountains actually depict the four seasons of the world. 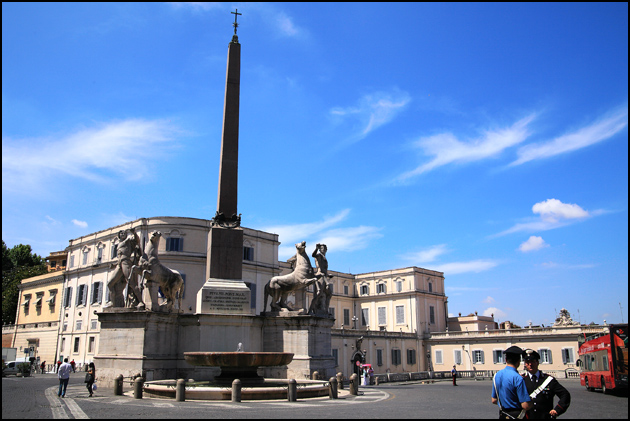 After we found the four fountains, we went to see the imposing Palazzo del Quirinale, which is where the President of the Republic resides. So you can expect the place to be heavily guarded. To be honest, there’s nothing much to see here. 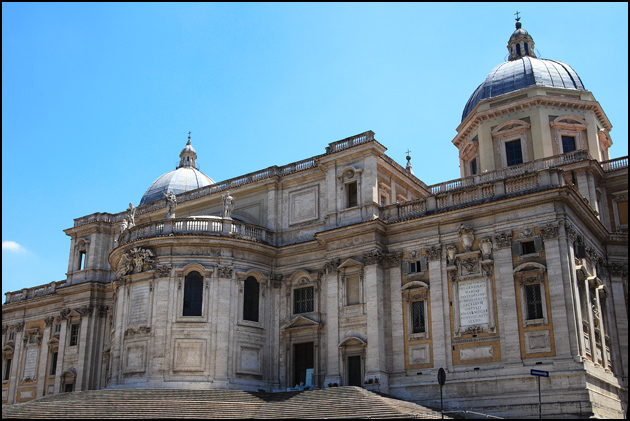 Walking along the main street away from the Termini station would bring you to the Basilica of Santa Maria Maggiore, one of the four major papal basilicas of Rome. It is also the largest church in Rome dedicated to the Blessed Virgin Mary. 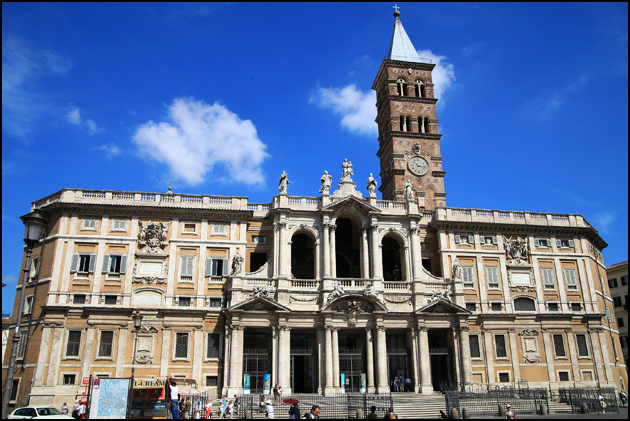 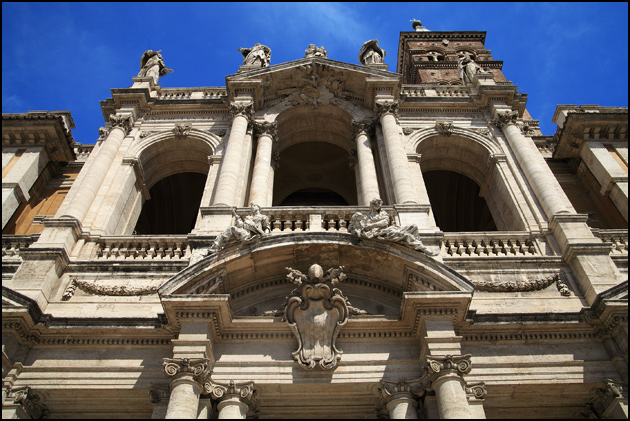 The facade of the Basilica. Actually we were here on the first day but we only saw the back of the Basilica, which looked deserted hence we left in disappointment. Well, luckily we made it a point to return again and managed to enter the church as well. 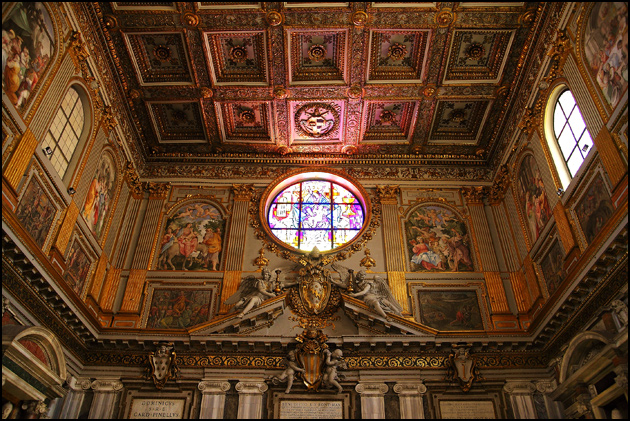 The light coming through the stained glass window above the main entrance creates an interesting and colorful reflection on the wall. 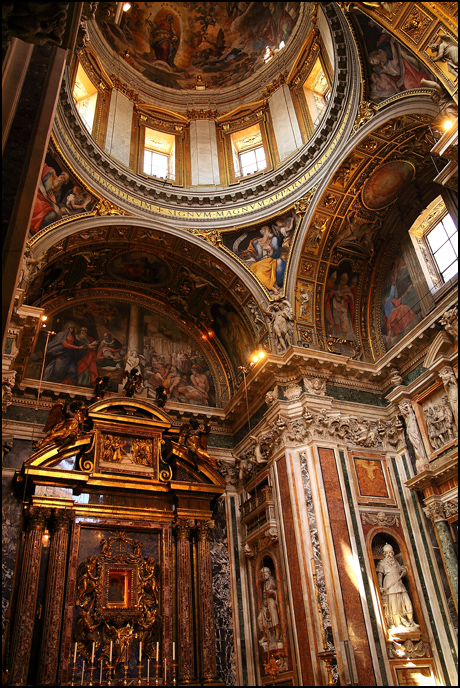 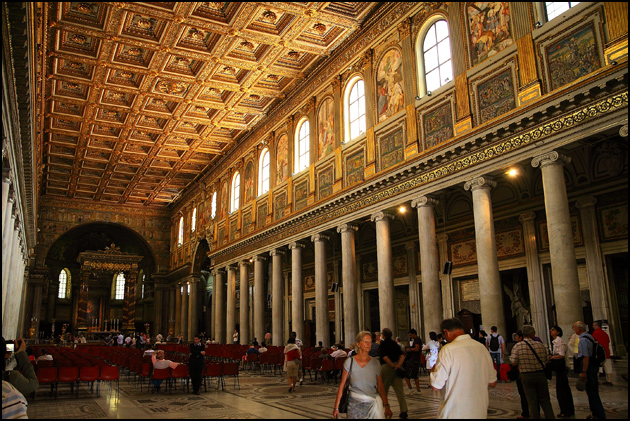 The interior view and the nave of the Basilica.