Today I am going to introduce to you one of the best places to have Fish Head noodle in Kepong. This restaurant is located behind Brem Mall and forms what is commonly known as the “zinc roof row” with a couple of other eateries.
Their main selling point which separates them from the rest is that they use Norwegian salmon fish head for the noodle. But that also means the noodles are slightly pricier too. 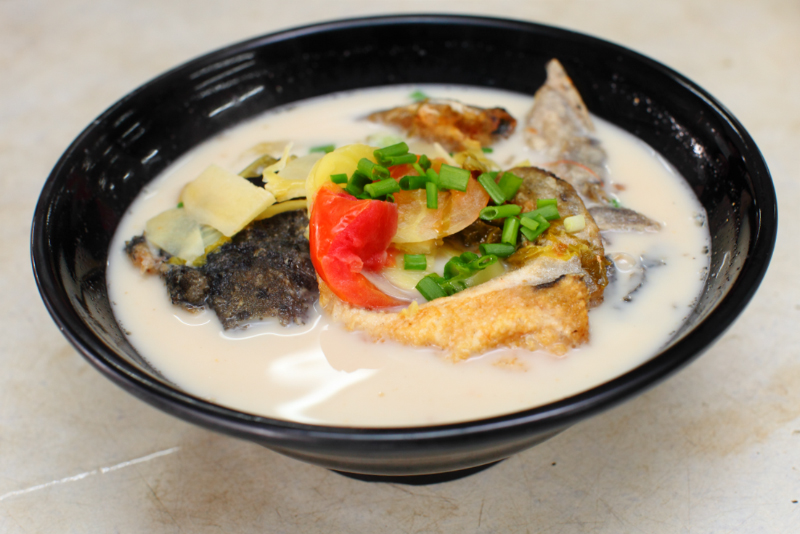 To be honest I am not sure if they actually used Norwegian salmon because the cost is much much higher than the typical salmon but I am willing to give them the benefit of the doubt. The first time I was here a couple of years ago the restaurant was managed by the owners but now, it has a handful of foreigners manning the kitchen and making the drinks as well. That’s a sign of a growing business and when foreign helpers are employed there’s always a concern on the quality control.
Fortunately I am glad to say that the Fish Head noodle still tasted the same from what I remembered. Everything from the soup to the noodles and fried fish head were great, well-seasoned with minimal MSG, savoury tasting yet not too salty. The price has certainly went up though but the portion is still being maintained. 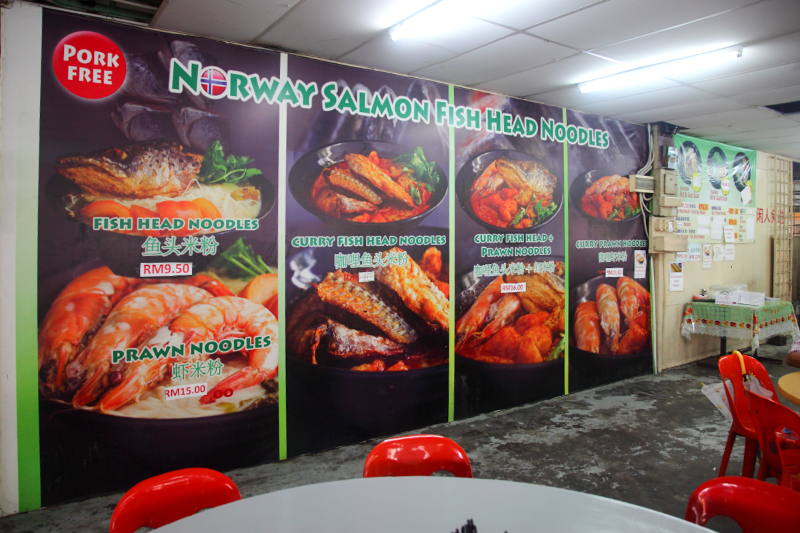 The menu is displayed on a wall behind the restaurant. Just deduct RM2 if you want to know their original prices when they first started out. 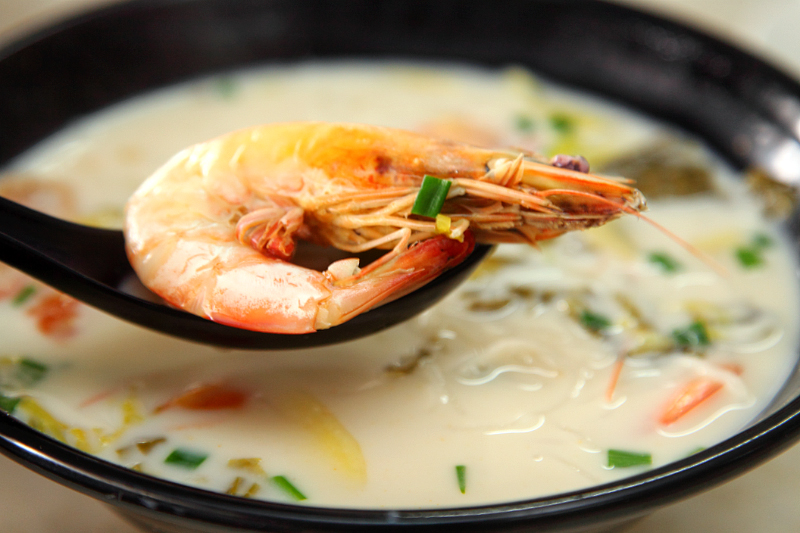 Unless you’re feeling flush or really in the mood of eating prawns, I wouldn’t recommend the Prawn Noodles @ RM15. For that price, you get a total of 6 (mix of medium and large) sea-prawns which are undeniably fresh but still, do not do justice to its price tag.
However, if you are willing to look past the price and just go for it, it’s still a delicious bowl of noodles to enjoy. The other flavours available here such as curry, clear soup and sour and spicy are pretty good too, just not as memorable as the milky version. 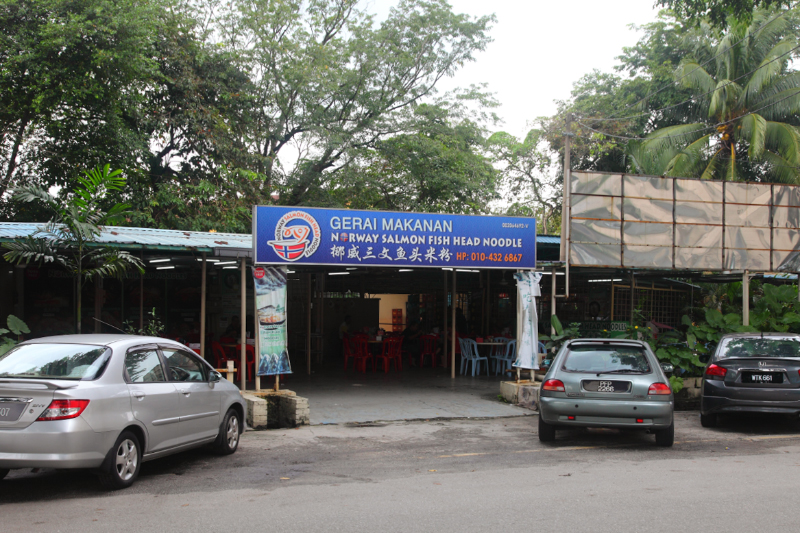 Eat February 13, 2011
ABOUT US
VKEONG.COM - Malaysia Food and Travel blog with reviews of restaurants, hawker and street food in KL, Penang, Melaka and beyond.
Contact us: vkeong@yahoo.com
FOLLOW US
© VKEONG.COM - All Rights Reserved