Another Chatuchak-style coconut ice cream has landed in Malaysia. This time they are called Nutty Coco and can be found at the ground floor of IPC (Ikano Power Centre) Shopping Centre. Last weekend was their grand opening so there was 1 buy 1 free 1 promotion that will last for a week – until 30 Apr 2015. 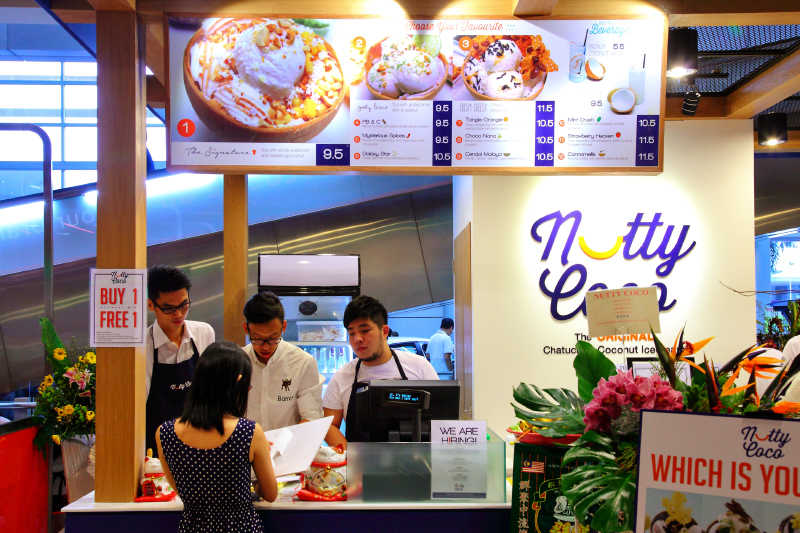 Currently there are three kinds of coconut related products on their menu: ice cream, premium coconut water and milkshake. Oddly enough their signature coconut ice cream shares the same name as Sangkaya’s, which is named nothing other than “The Signature“.
At RM9.50, you get a few scoops (didn’t count how many) coconut ice cream and a few strips of coconut flesh that are topped with whole sweetcorn and roasted groundnut. 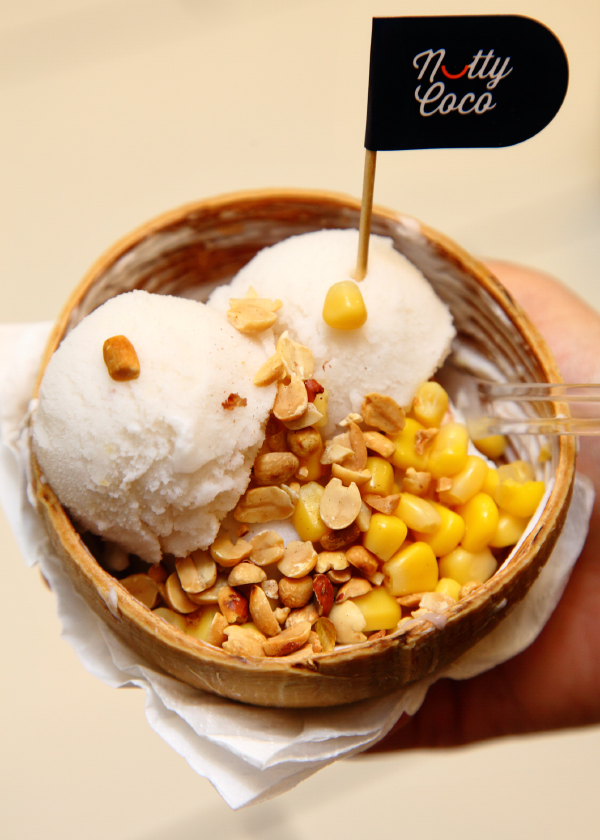 To be frank the combination is nothing new but you know that it will work. As for the ice cream, its texture was more like a sorbet and not as creamy as Sangkaya’s. It could be a good or bad thing depending on your palate. Personally, I like mine to be rich and creamy. Taste wise it was undoubtedly delicious – refreshing with an unmistakable coconut essence but still, not as ‘concentrated’ as Sangkaya’s. 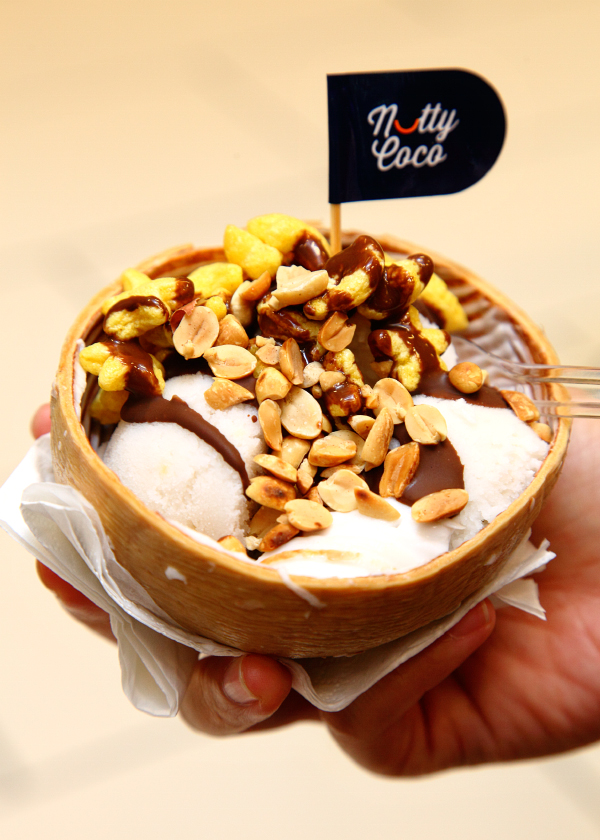 The Galaxy Star @ RM10.50 has honey star (the cereal thingy), chocolate sauce and peanut. Although I am not really a fan of honey star, their crunchiness was surprisingly enjoyable when eaten together with the ice cream. 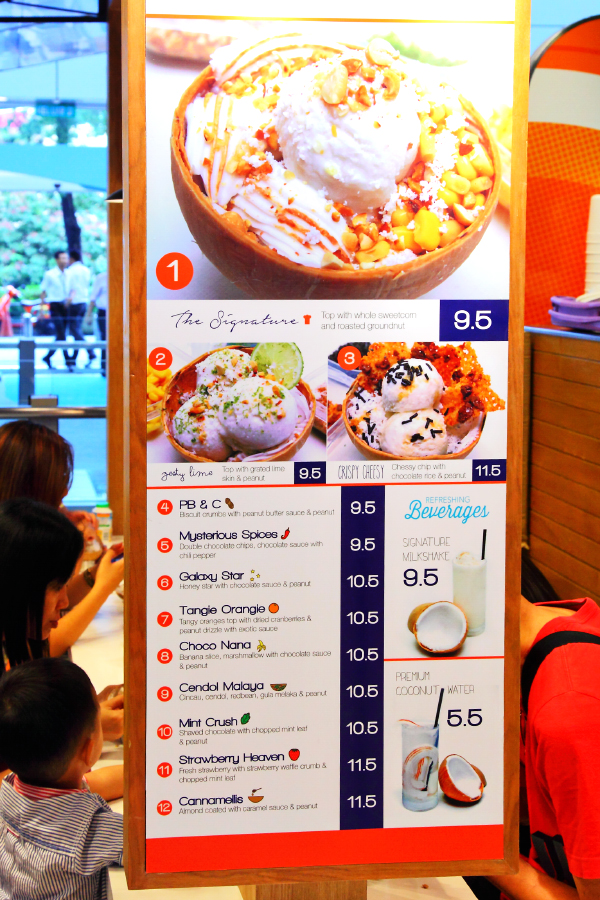 The remarks I made about Nutty Coco might make them sound inferior to Sangkaya in comparison, but that’s really not the case. Their ice cream was good and tasted very close to what we had at Chatuchak. Furthermore, with the buy 1 free 1 promotion going on, there’s no reason not to give Nutty Coco a try. 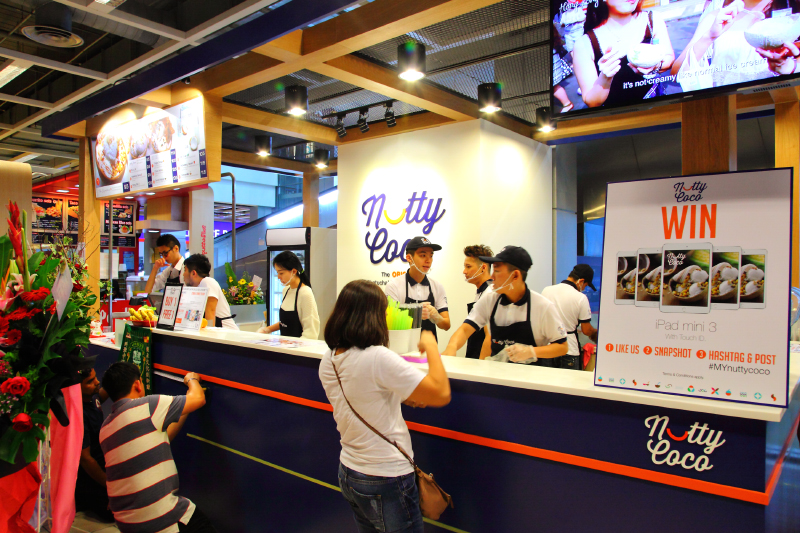