I spent the last weekend in Singapore and as soon as we touched down, we went hunting for Katong Laksa. Katong Laksa is my favorite Singaporean food which I have blogged quite a bit when I was working in the country about 7 years go. How time flies.
There’s a long history behind Katong Laksa which I think you will find interesting. But I won’t go at length into that since you can read about it at the shop itself. There’s a huge poster that details the proprieter and the history behind the noodle.
So long story short, after learning that “Marine Parade Laksa” has opened a new branch at Paya Lebar, I came to satisfy my long-standing craving. 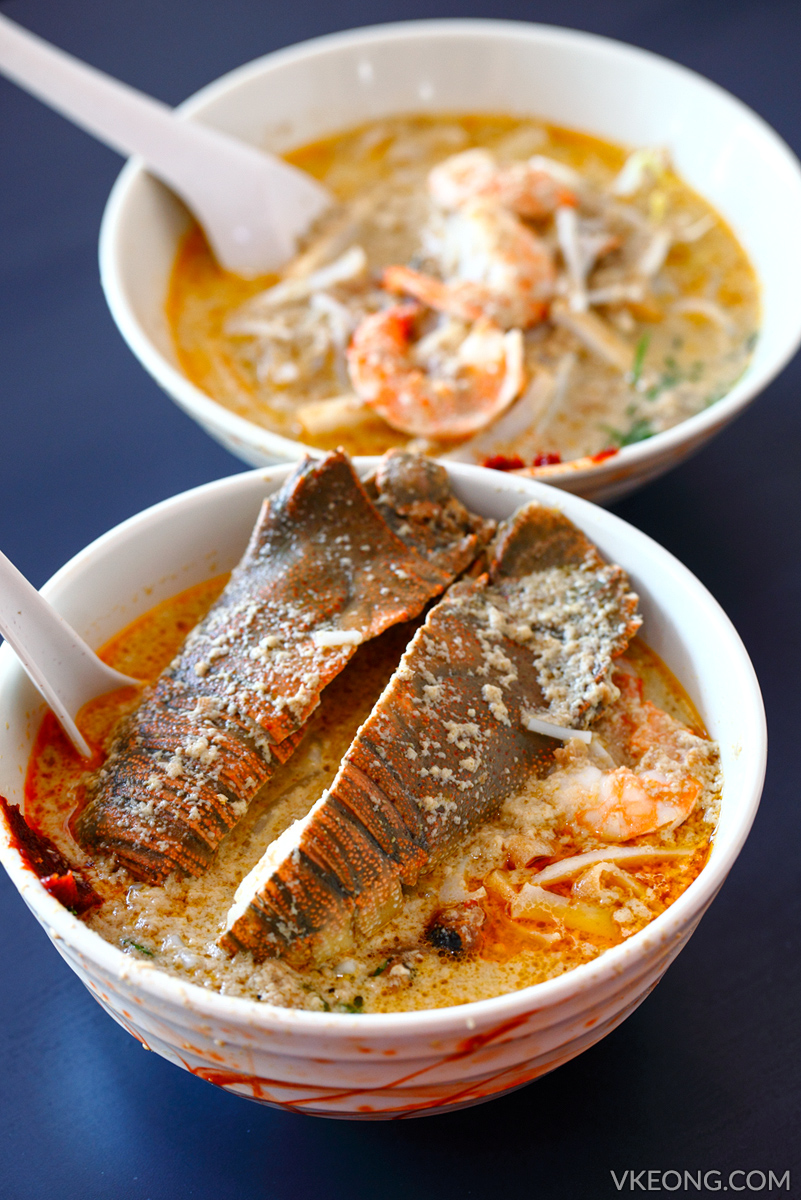 I was surprised to know that crayfish (it’s actually slipper lobster but stated as crayfish on the menu) is now available as an add-on for laksa. It costs $9.50 for a bowl – that’s almost RM30 after conversion! As crazy expensive as it sounds, we can only blame our weak currency for this. Anyway, I didn’t mind paying for it since this was a once in a blue moon kind of thing. 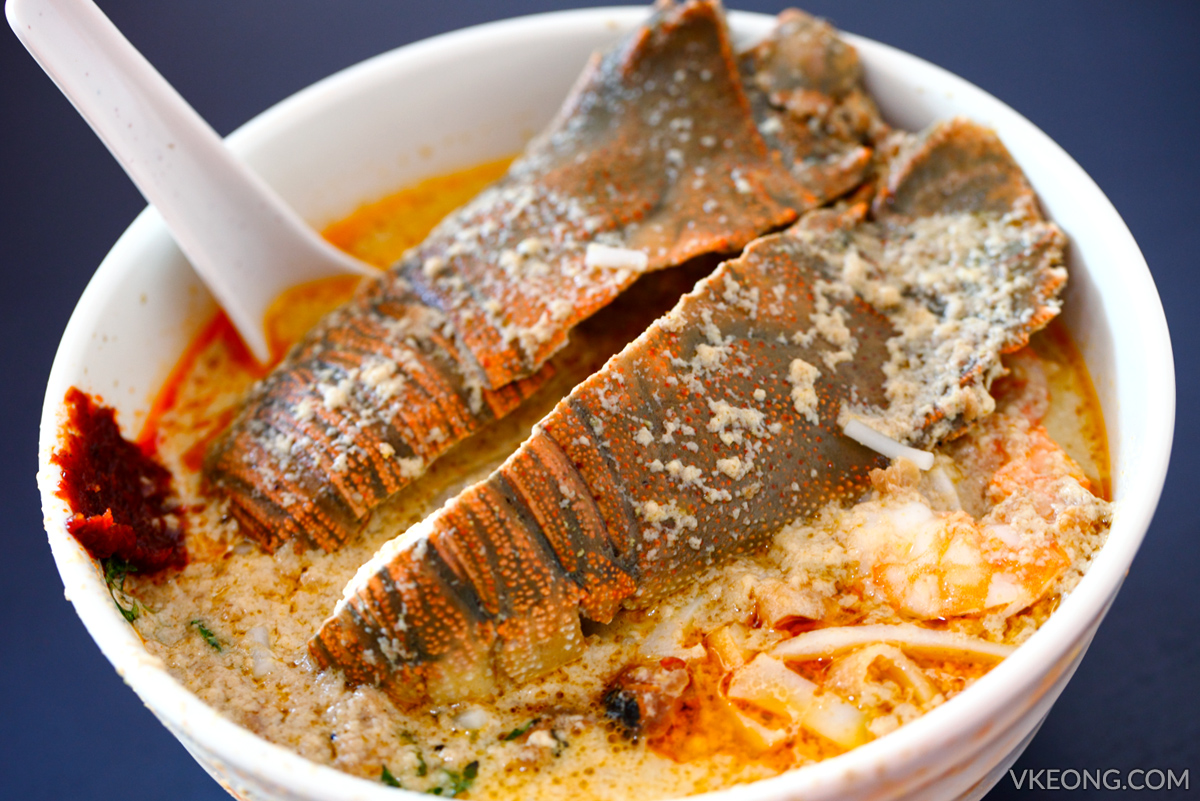 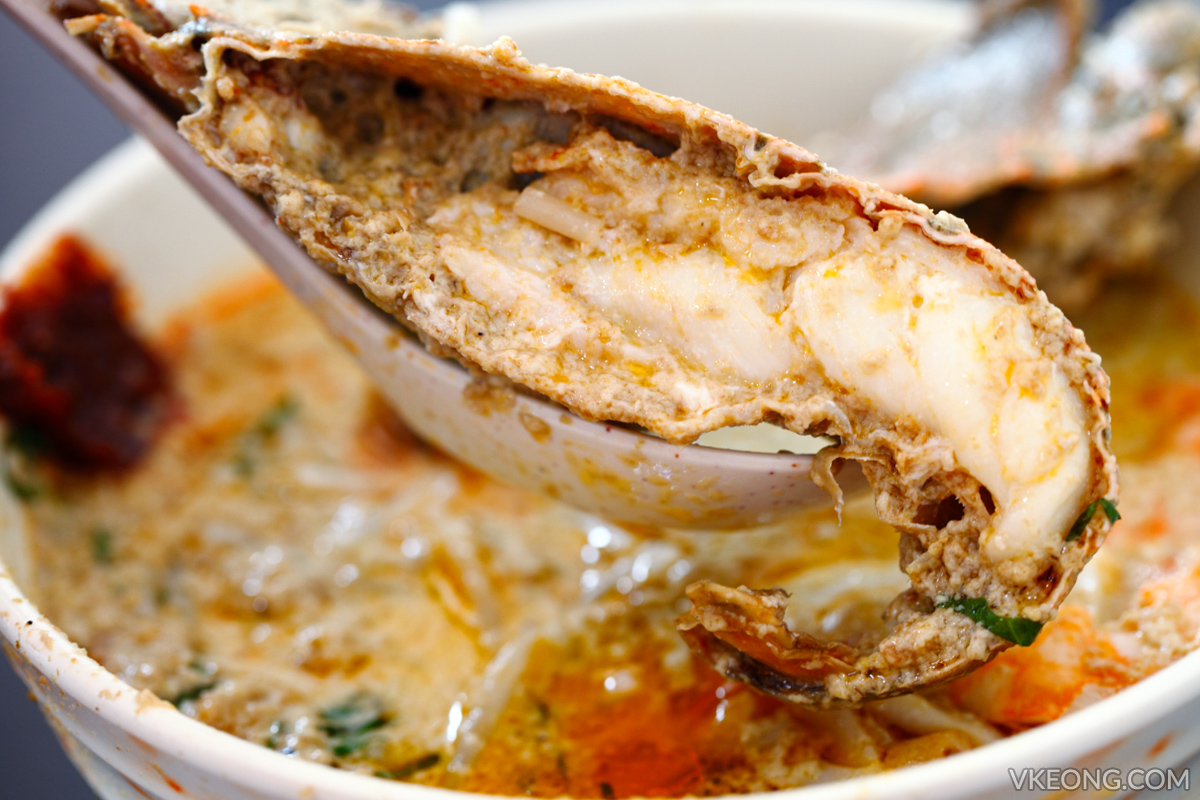 The slipper lobster looks impressive alright but unfortunately that’s where it ends. Although the flesh was firm and came off the shell in one perfect piece, it had little flavor, not even a hint of sweetness with a noticeable frozen taste. So the upgrade did not really do much for me except for bragging rights. 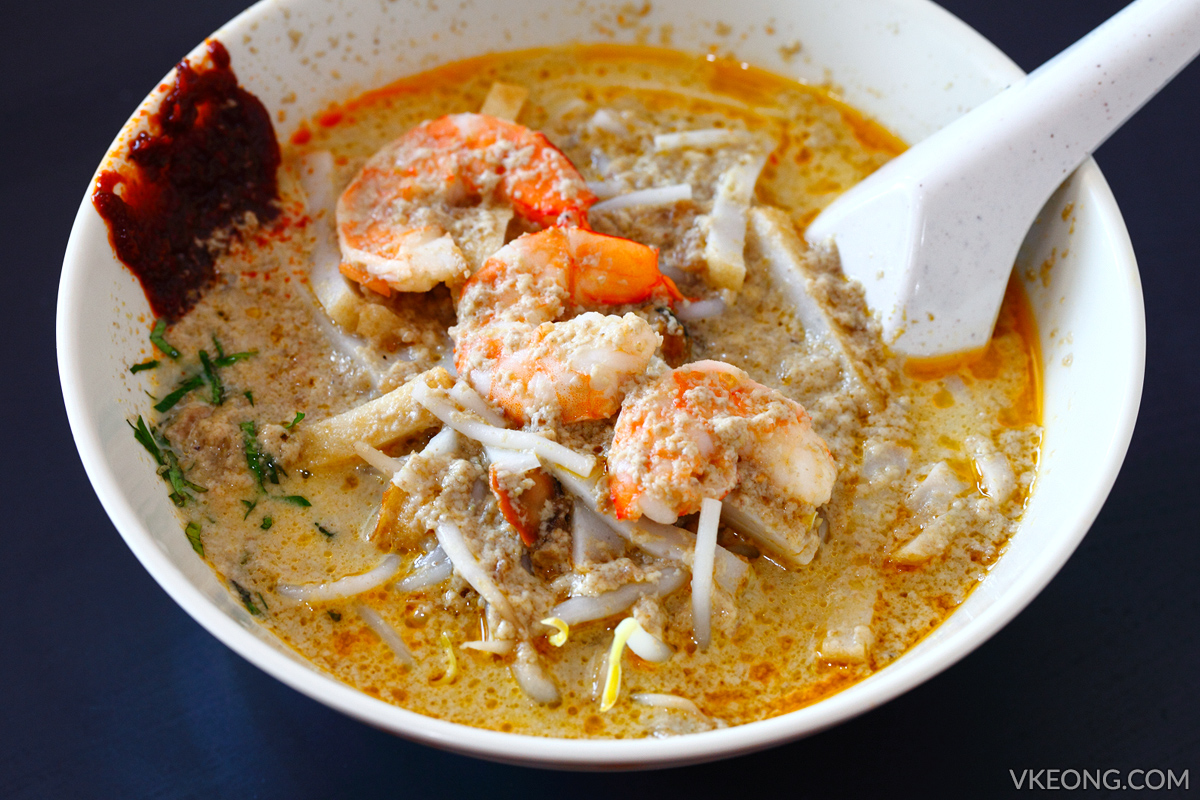 For $5 (small), the original version fared a lot better in terms of value. The huge amount of coconut milk curds you see might be an indication of richness and liberal use of coconut milk, but that’s actually pretty much a false impression. In fact, this was my first time seeing so much curdled santan in Katong Laksa. Seems like the soup was not stirred enough which resulted in the lumpy appearance.
That said, the laksa also did not taste as good as I remembered. The soup lacked dried shrimp flavor and felt a tad underwhelming – like not enough ‘ooomph’. To confirm my finding, we tried 328 Katong Laksa the next day and found that it was a notch better in every regard. 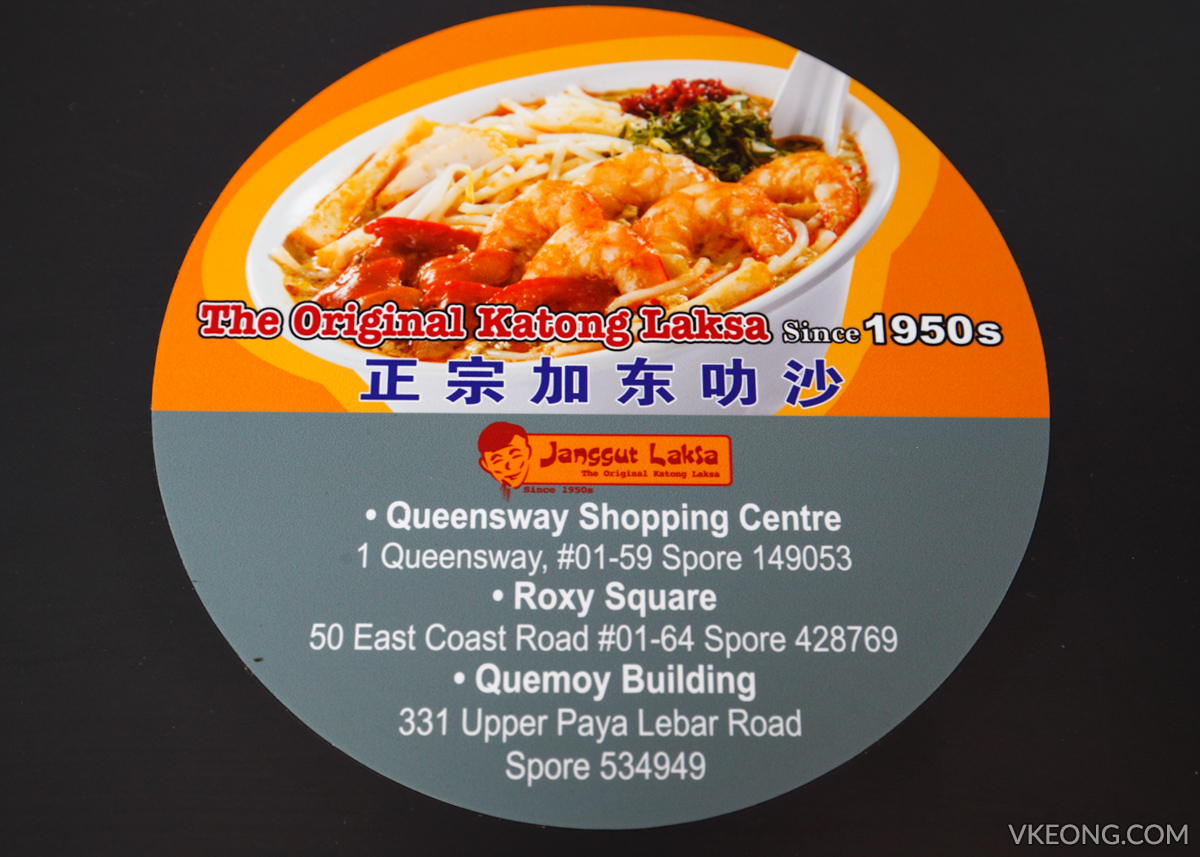 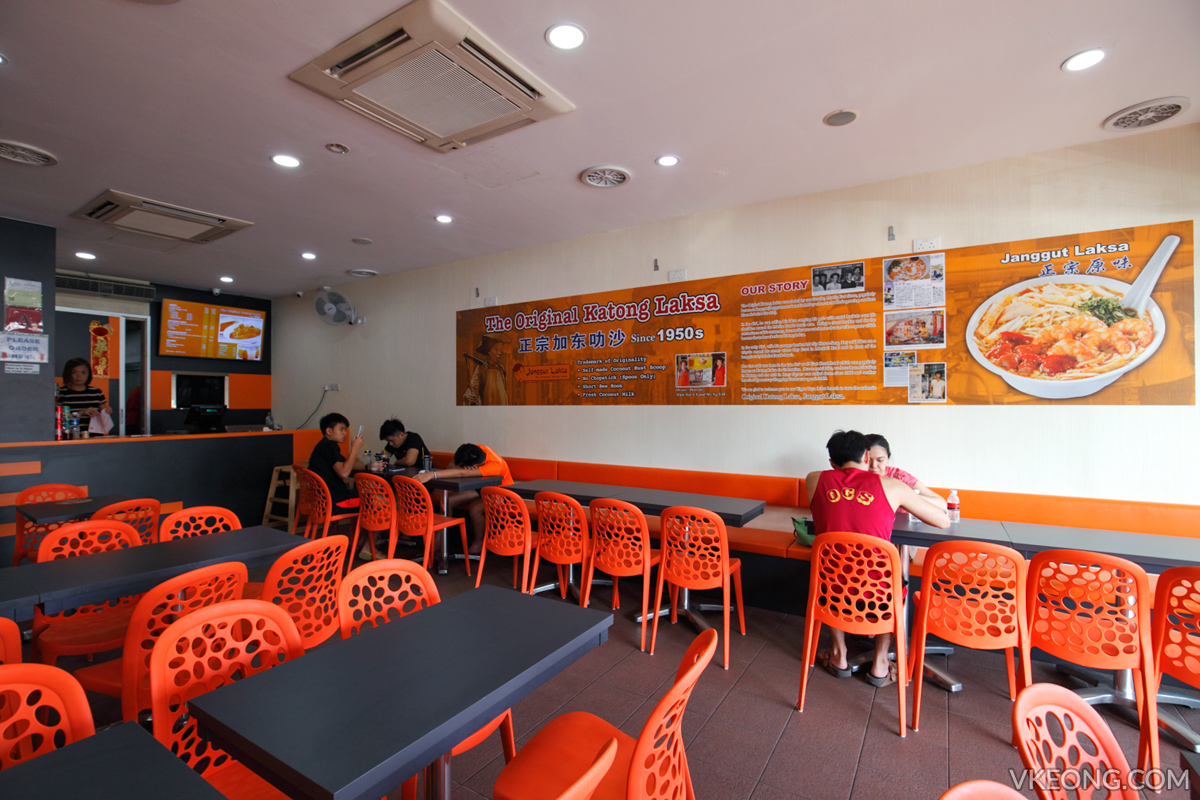 Conclusion: a rather disappointing experience, especially given the high hopes I had for them. Maybe the other branches would fare better – but I will never know. I am not even sure if the stall at Bedok is still in business. 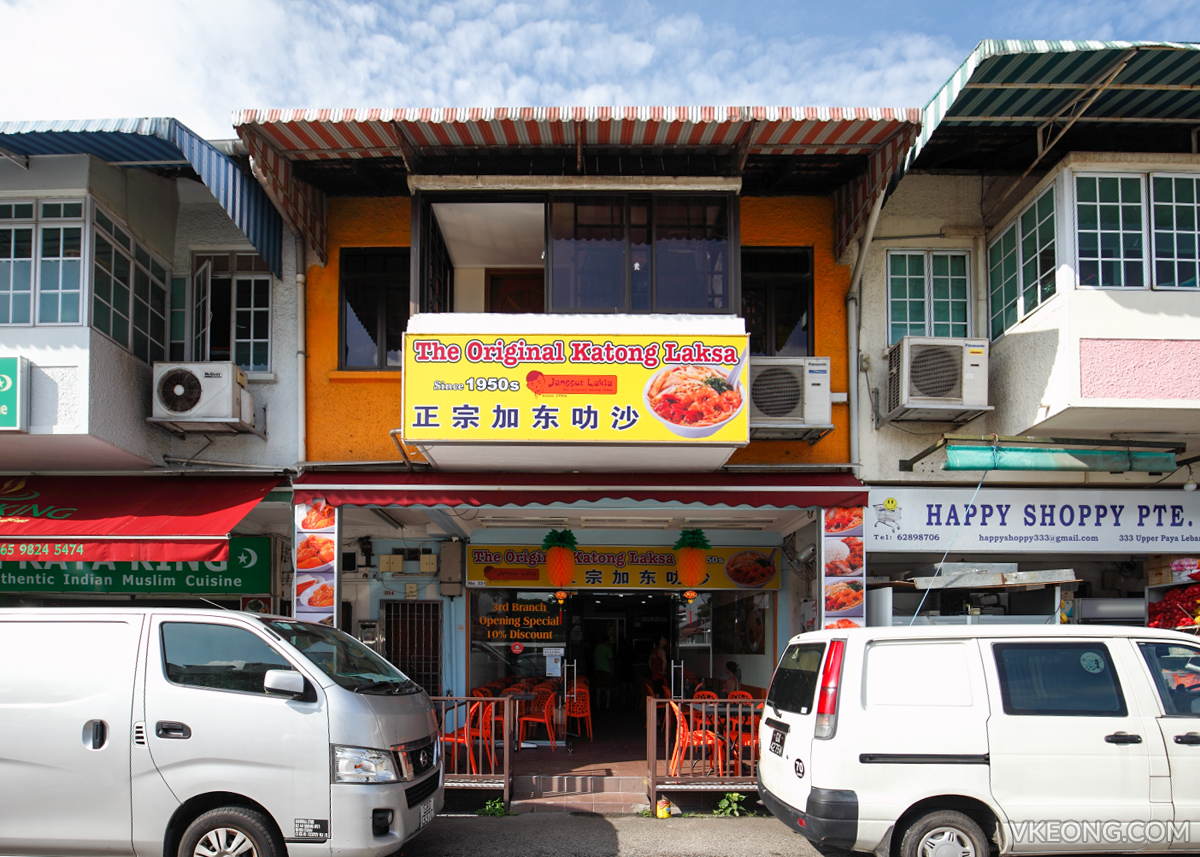