“Masak Lomak Cili Api” is a traditional Malay dish that is especially popular in Negeri Sembilan. It can be prepared with various ingredients such as beef, chicken, snail and catfish. 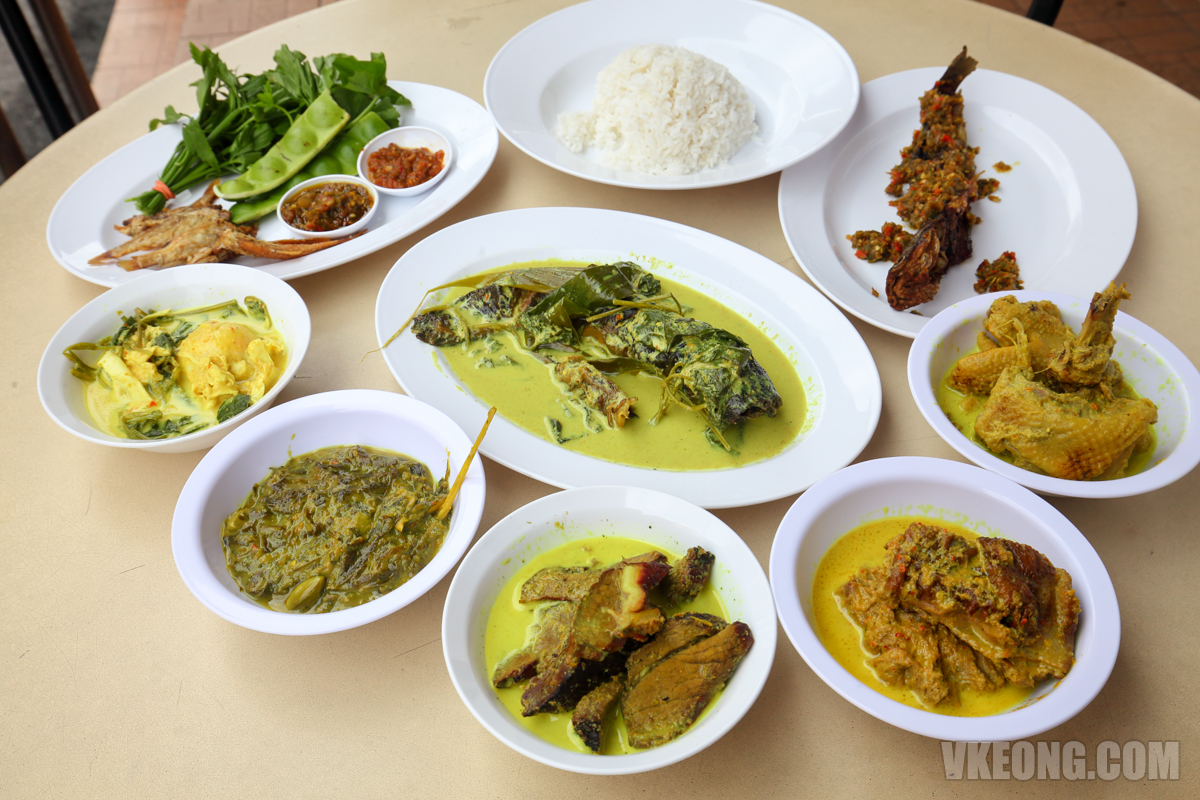 A typical meal consists of a meat of your choice, accompanied by tempoyak petai dan pucuk ubi kayu (optional if you are not partial to the taste of tempoyak), ulam, sambal and salted fish. 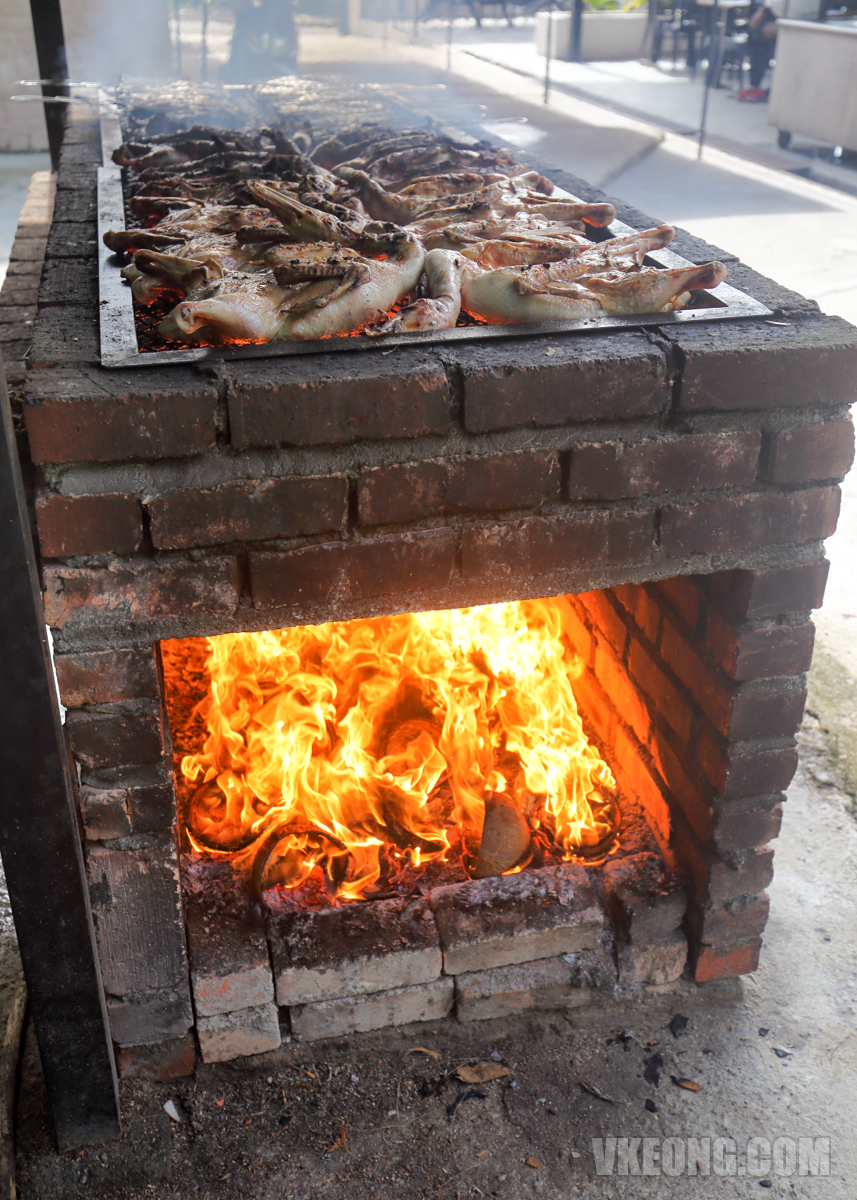 In Kuala Pilah, the meats used in their gulai cili api are usually barbecued (‘salai’ in Malay) first, giving it an additional and distinctive smoky flavor. So an open barbecue like this would be a common sight at the restaurants where masak lemak cili api is served. 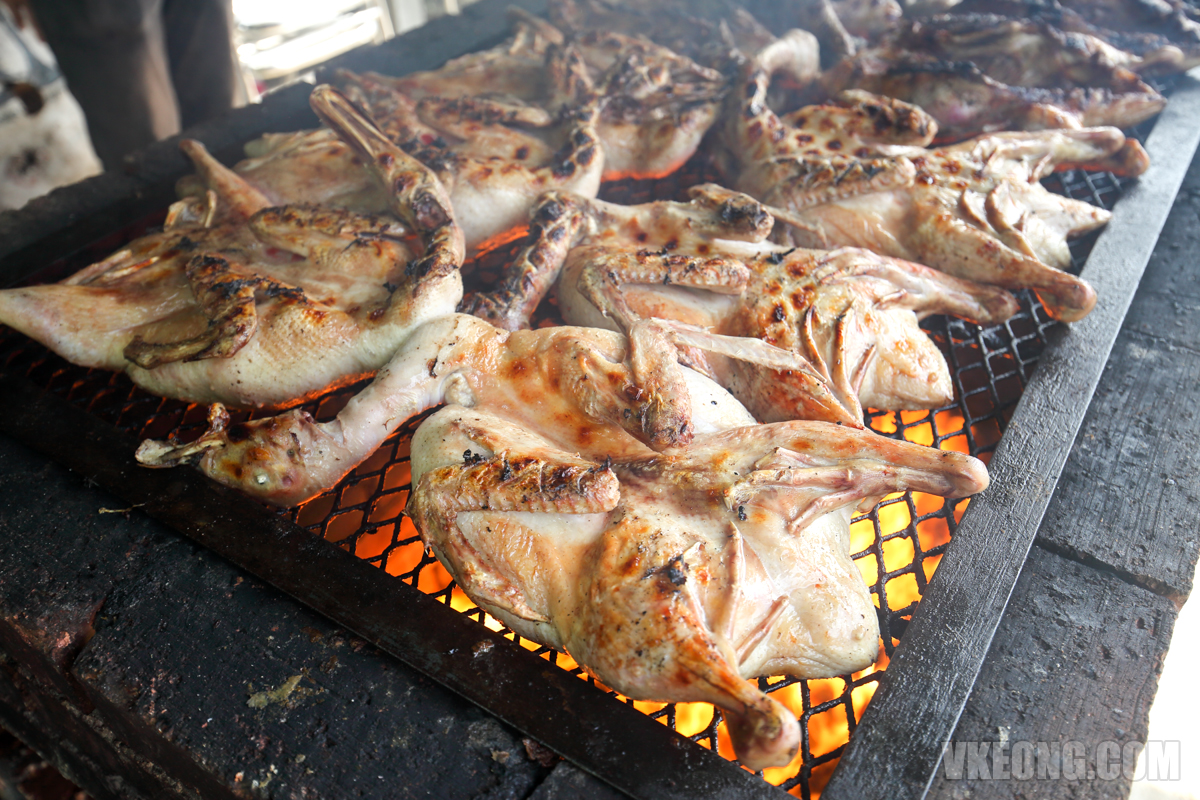 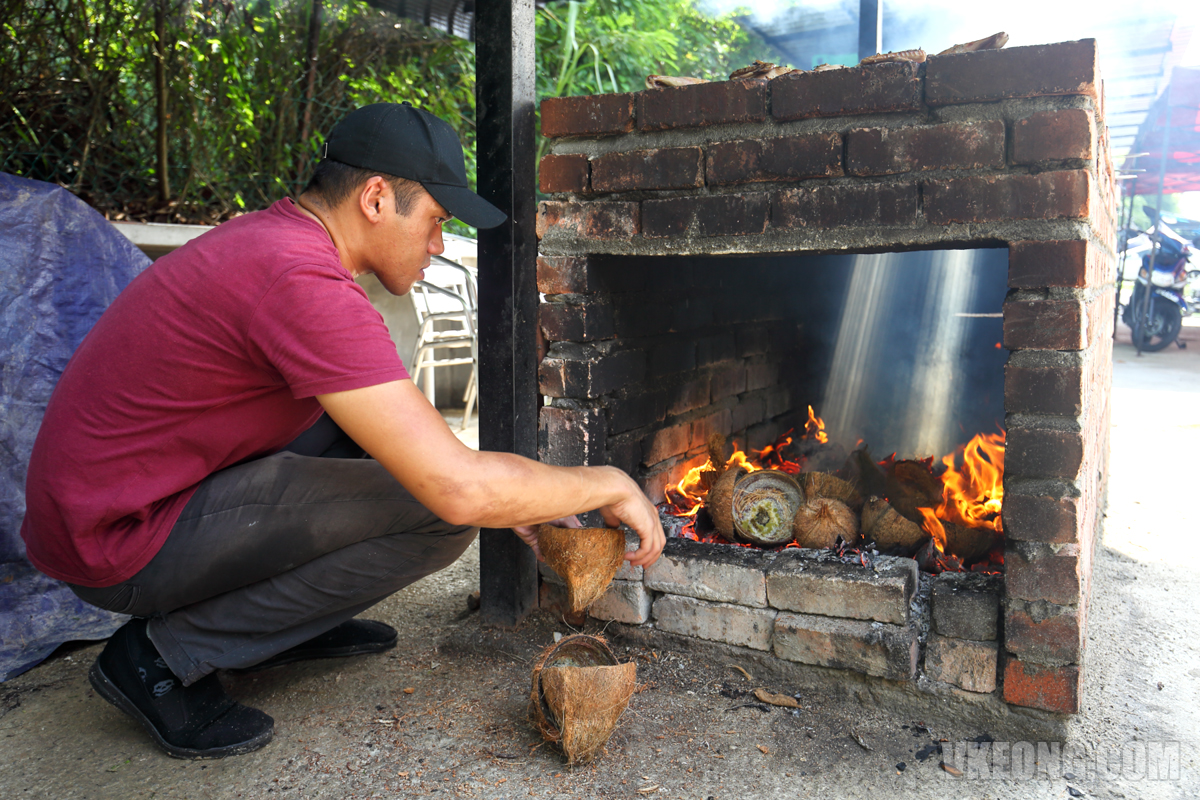 Every restaurant has their own way of barbecuing the meats, using a variety of wood fire such as mangosteen/rambutan branches, traditional charcoal or even coconut husks. As for the gulai’s recipe, it is passed down for generations and the main ingredients are always santan, turmeric, cili api and herbs. 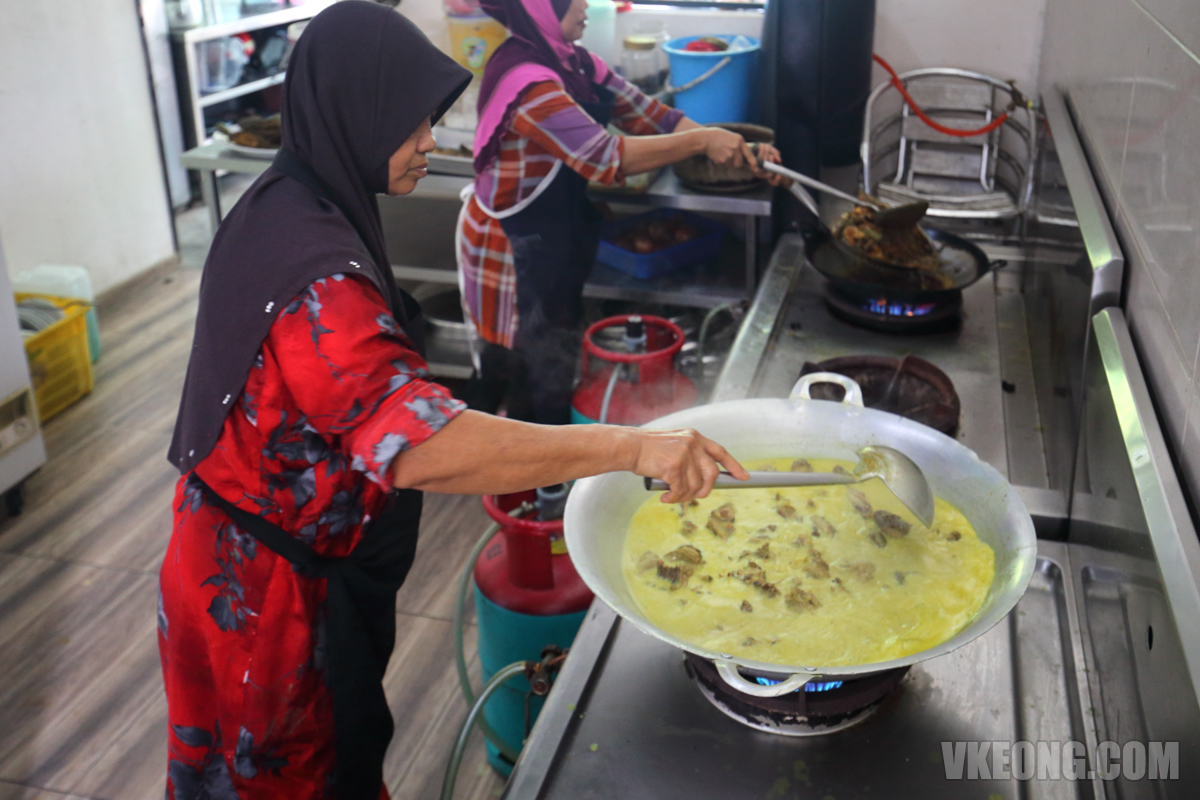 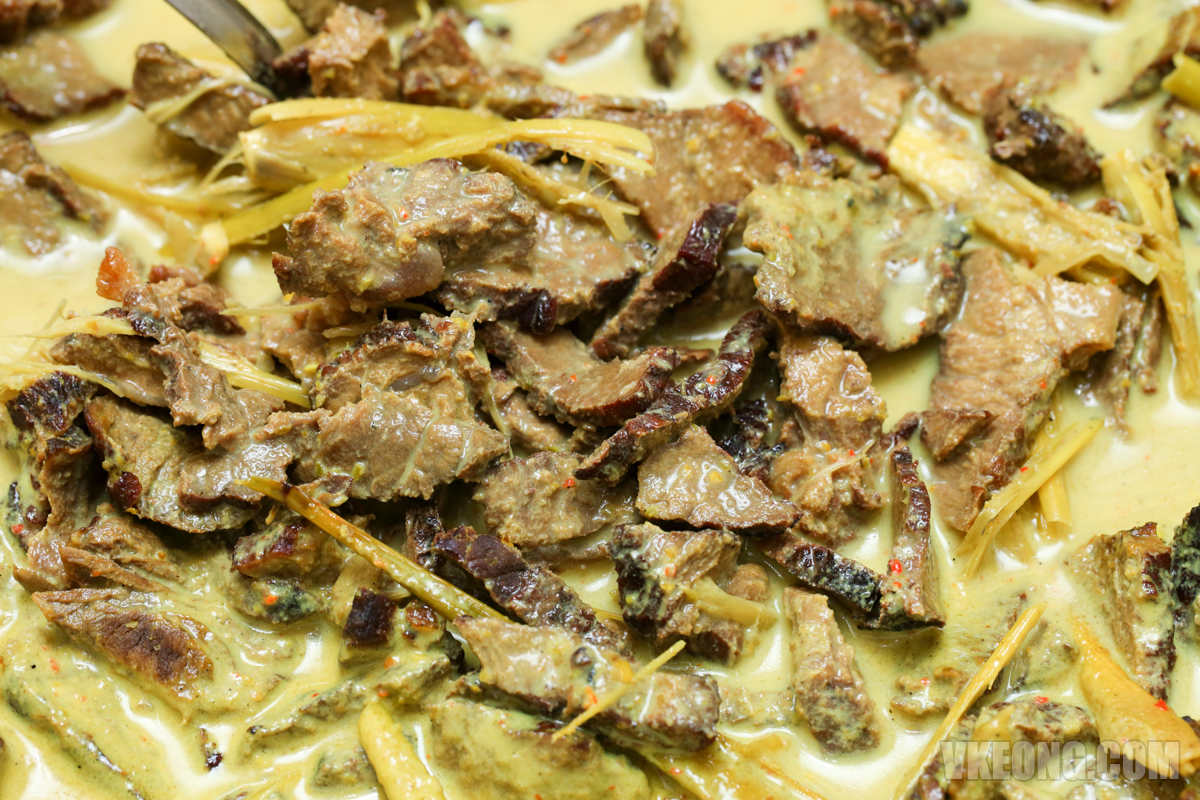 Being only an hour’s drive away from Kuala Pilah, Kajang is home to a couple of restaurants where gulai masak cili api and daging salai are specials on top of the normal nasi campur dishes. One of them is Original Masak Lemak Cili Api originating from Kuala Pilah and currently has about 5 branches in Klang Valley operating under different names. 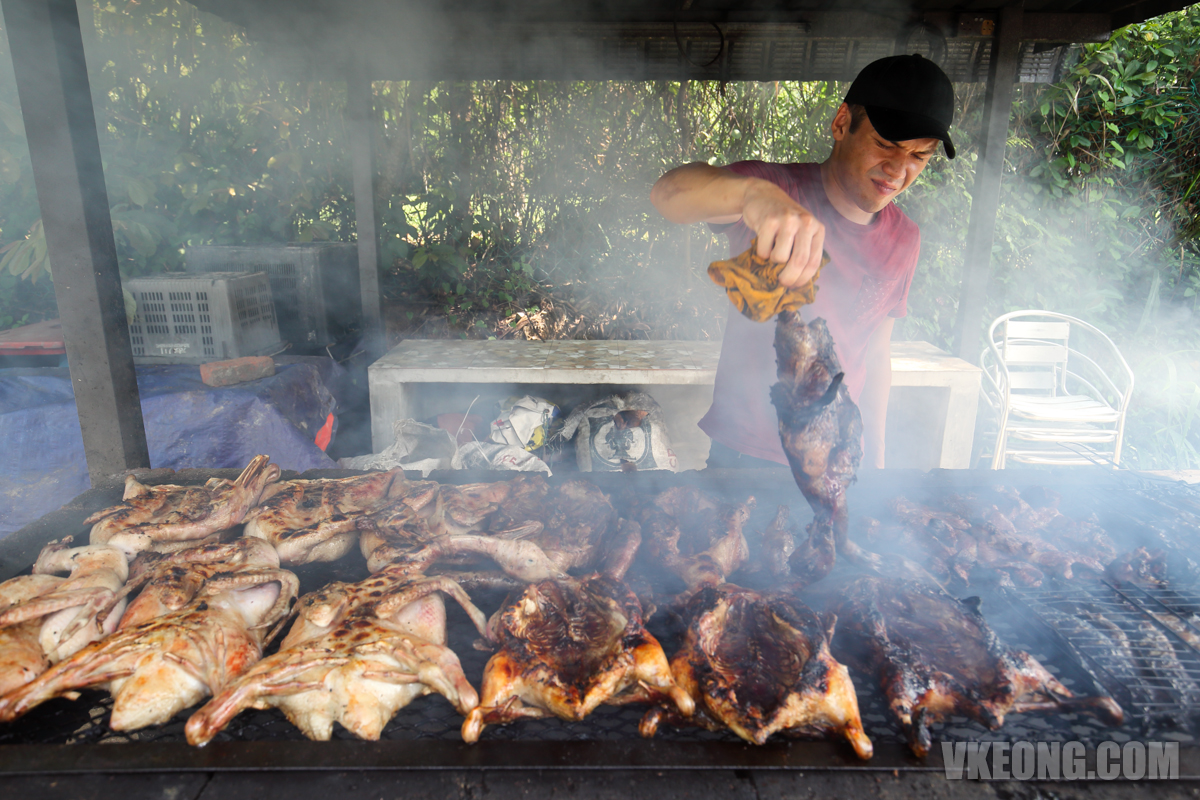 That said, all their meats are barbecued at their Sungai Ramal branch – mainly because there’s a restriction on open burning in the town and city center. Here, they only use fresh santan and real cili api (those more rounded ones, fetching up to RM30/kg) that are sourced from local villages. 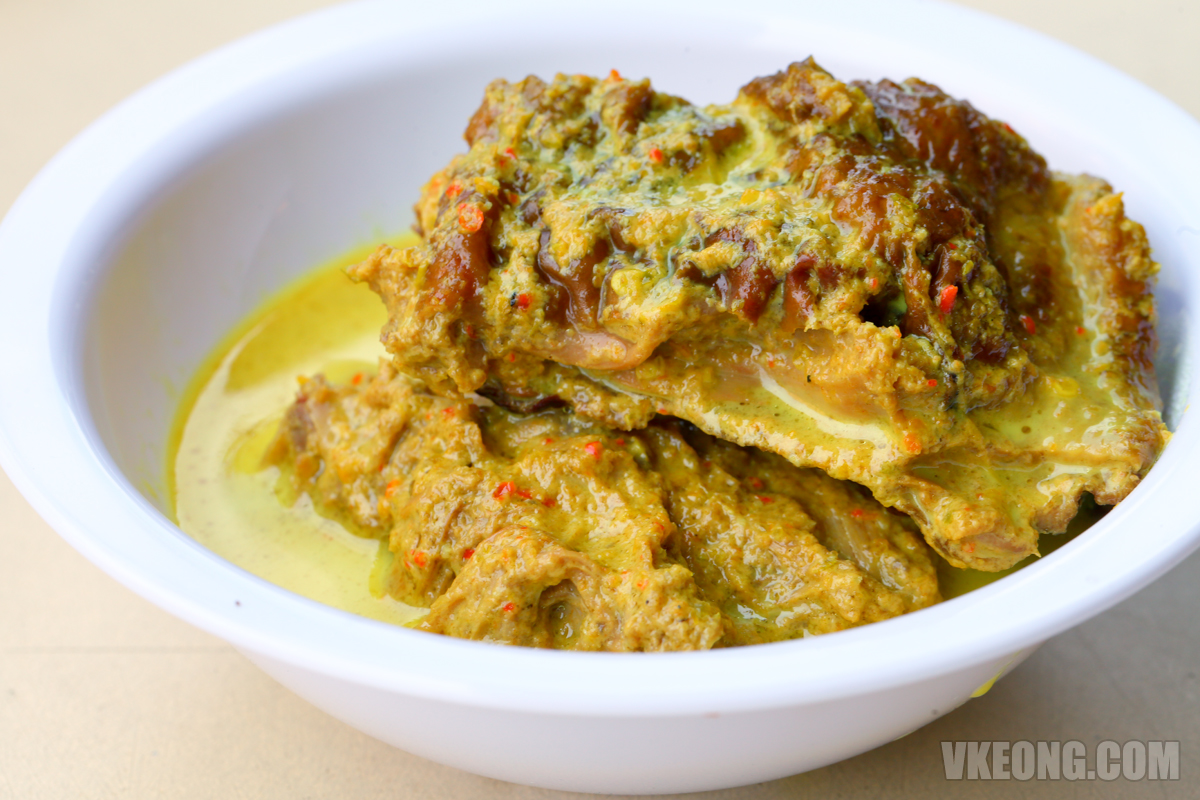 For first timers, the Gulai Itik Salai (RM7) is highly recommended. A portion comes with 2-3 pieces of duck which should be more than sufficient to enjoy with rice. The duck meat is tender and juicy with a sweet and smoky flavor.
It was delicious and tasted unique in a way that I have never had duck that tasted like this before. Because, you know, like duck for me has always been roasted the Chinese way. 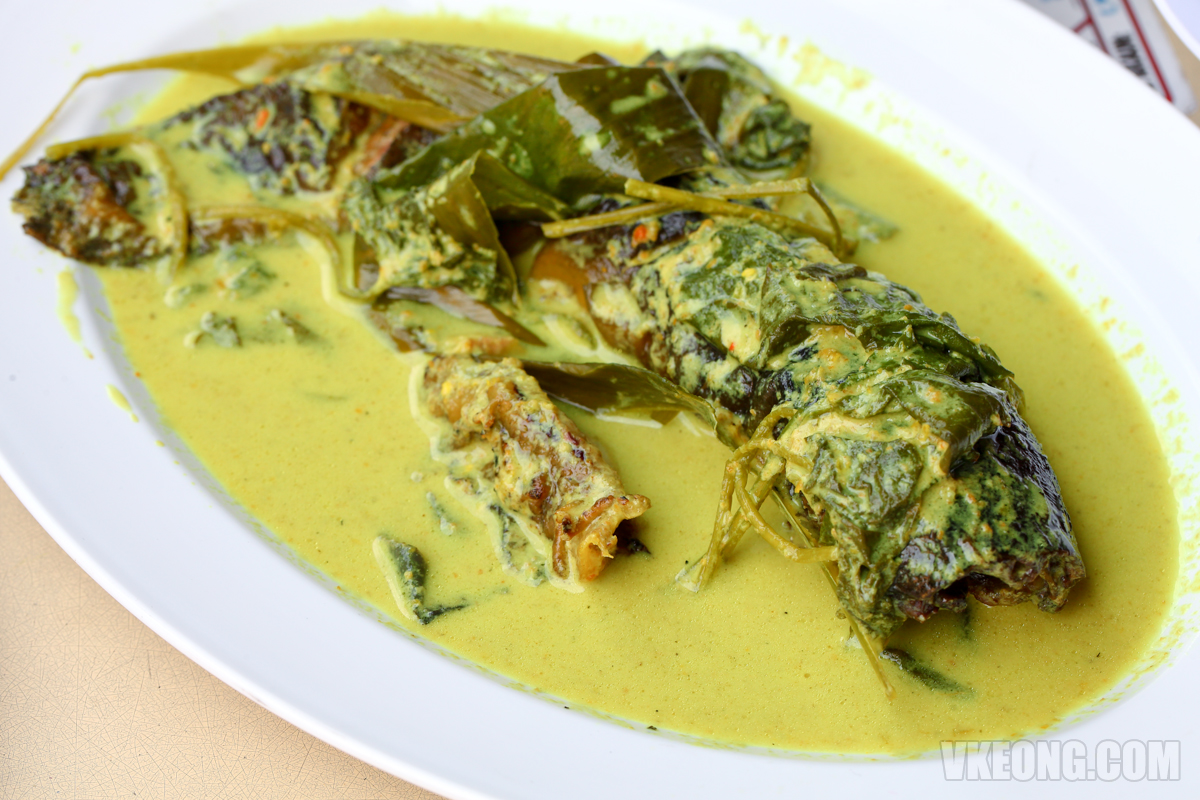 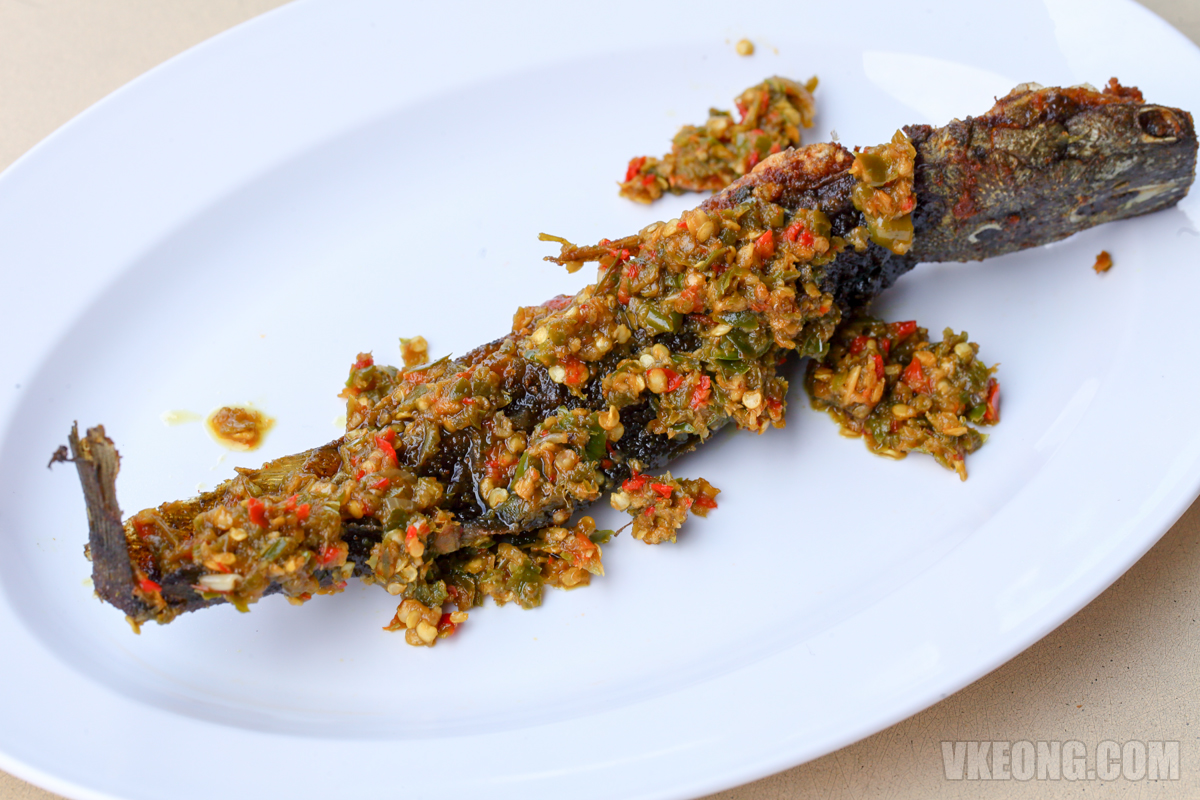 The other dish I would recommend is the iken keli (market price, usually between RM4 and RM6 each), either in gulai or goreng berlada. But if you are already getting the gulai itik salai, then go for the latter as not to have two similar gulai dishes in the same sitting. 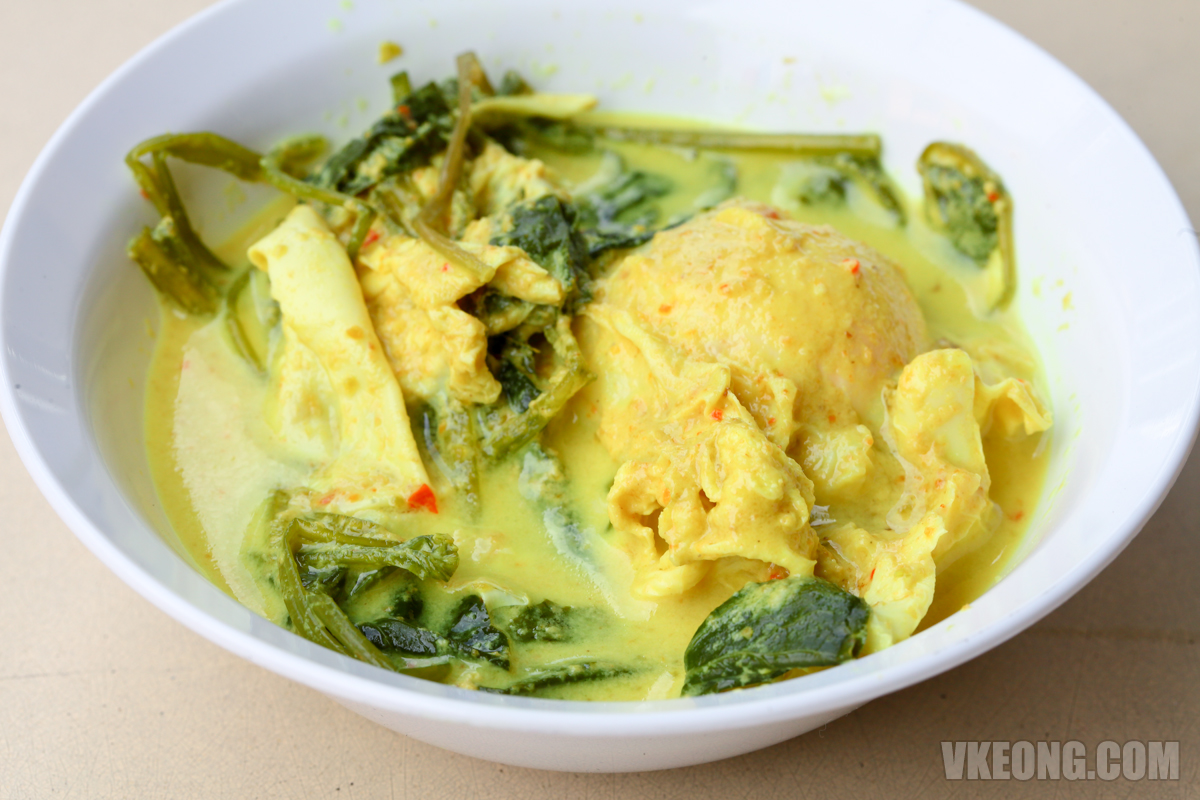 You should also try the telur itik masak cili api (RM3). After being poached in the gulai, the duck egg’s yolk becomes pink and has a creamier taste compared to a normal chicken egg. 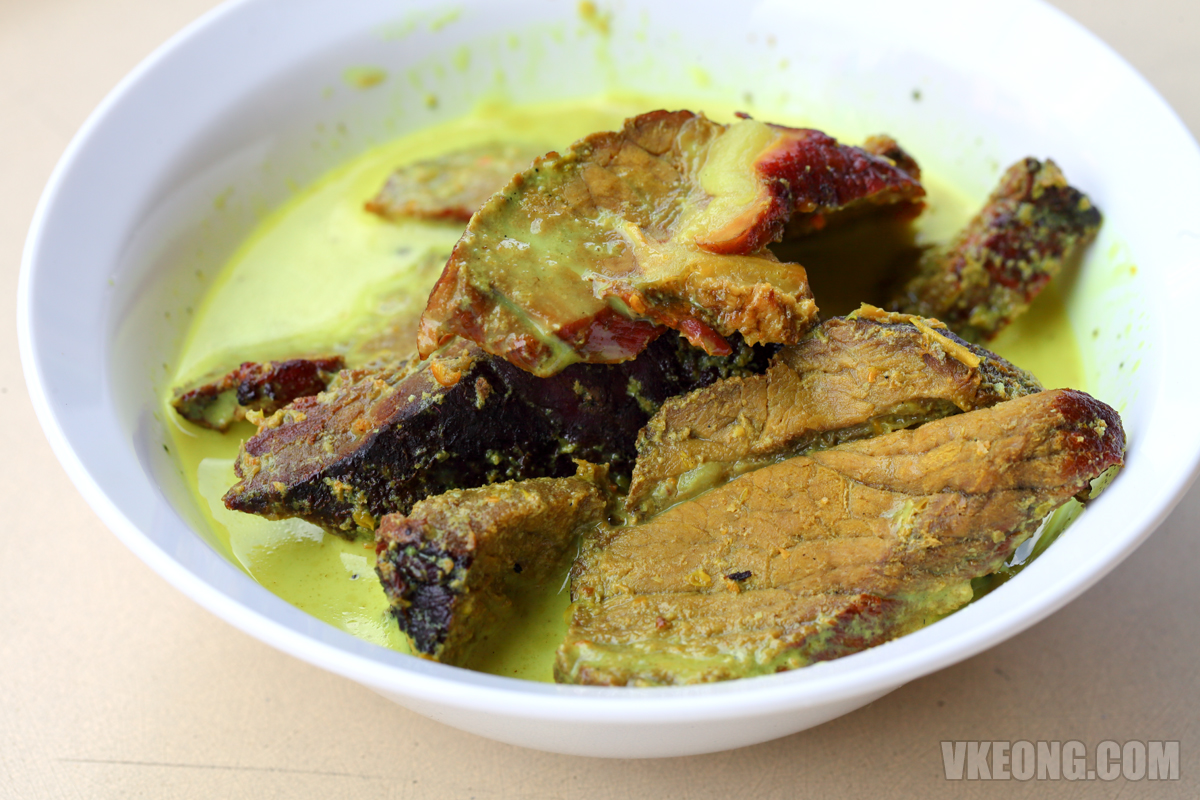 As for the gulai daging salai (RM6), it was kind of tough (not chewy tough) like most of the daging dishes dish you find in Malay cooking. I guess it would be alright if you share it among a few people, but definitely not having it all by yourself. 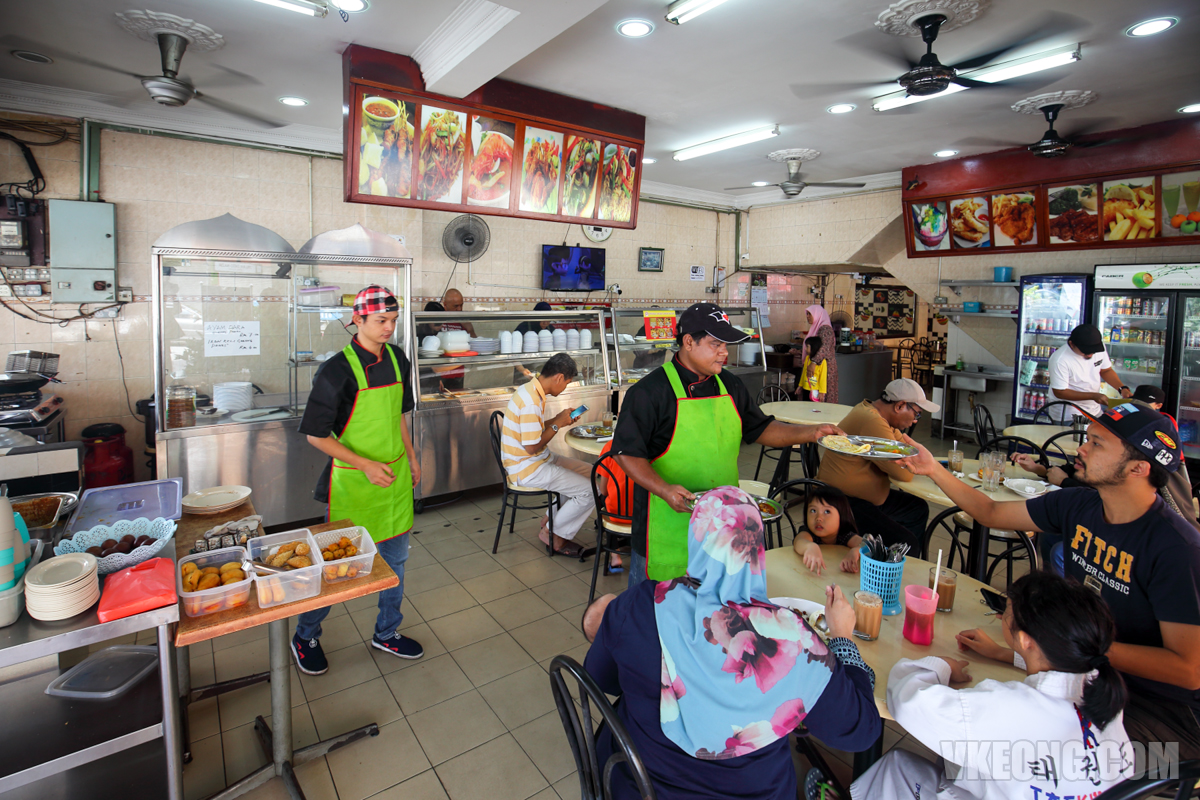 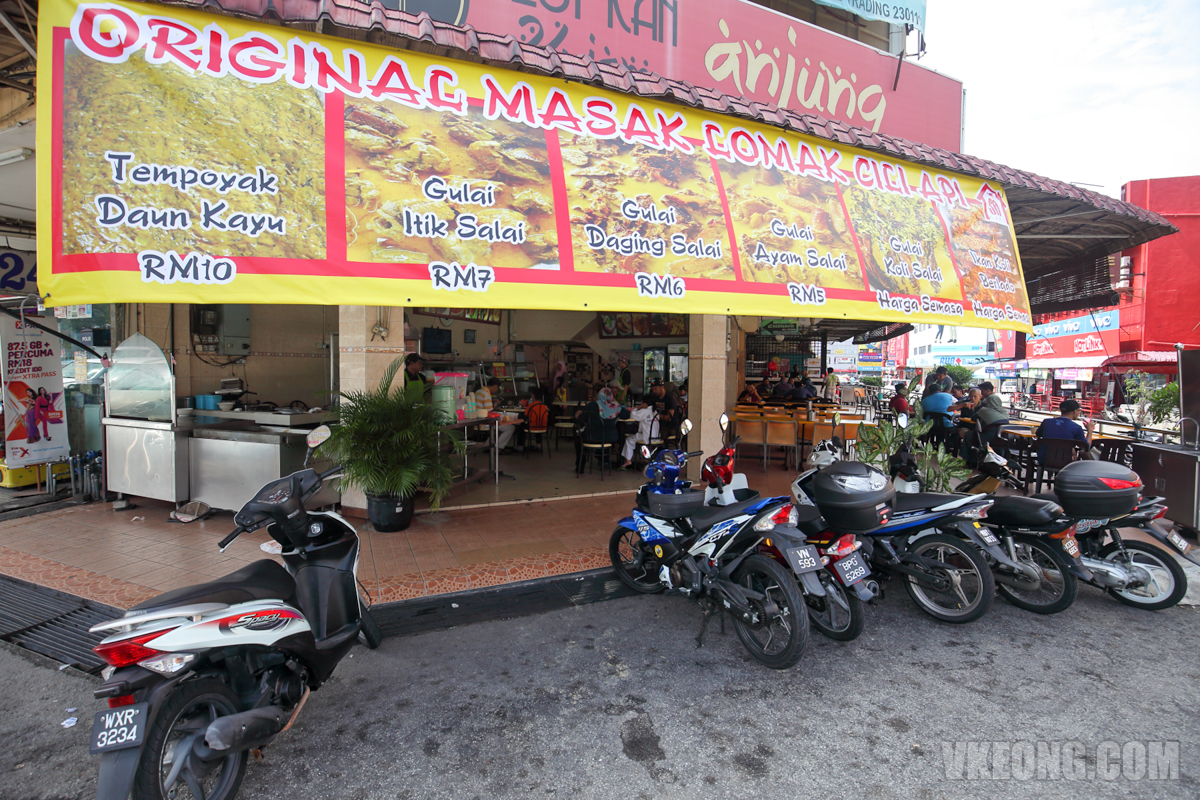