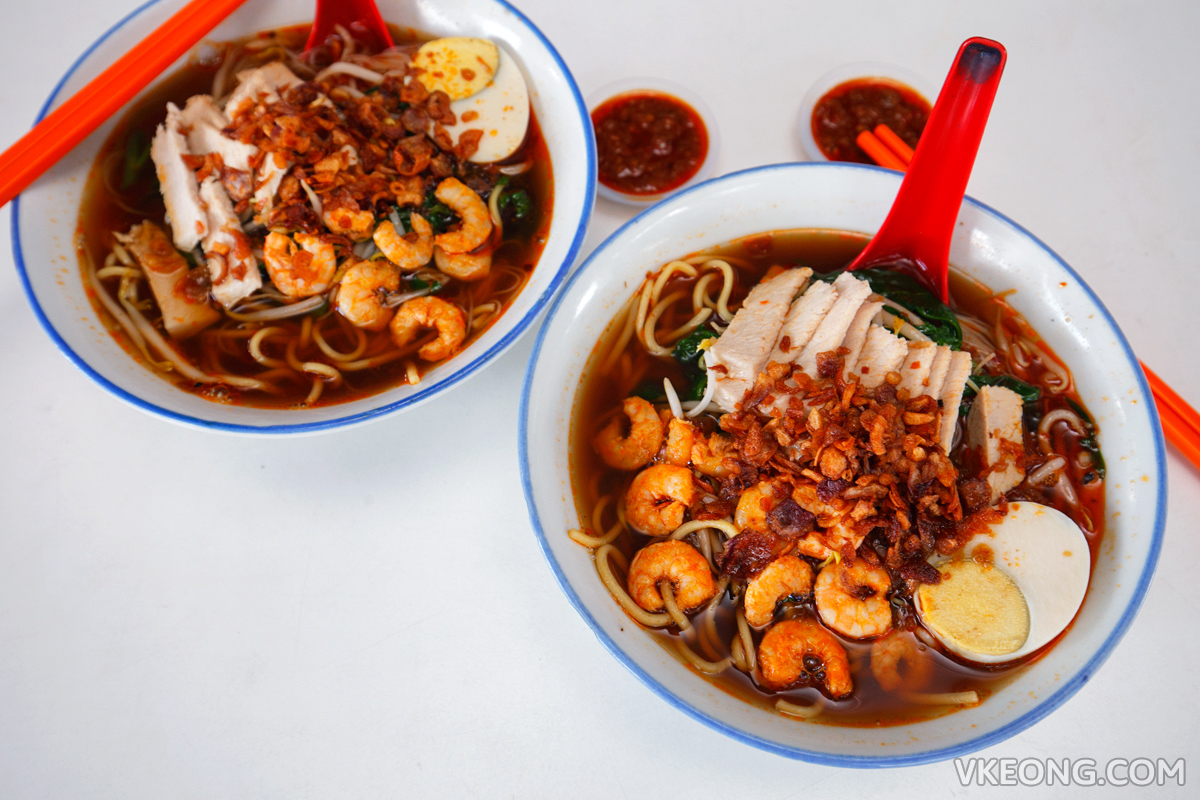 After our recent post about Sarawak Noodles, a reader by the name Desmond suggested that we try the prawn mee there too.
I simply couldn’t pass up a recommendation especially when it relates to prawn mee, so here we were again last weekend. 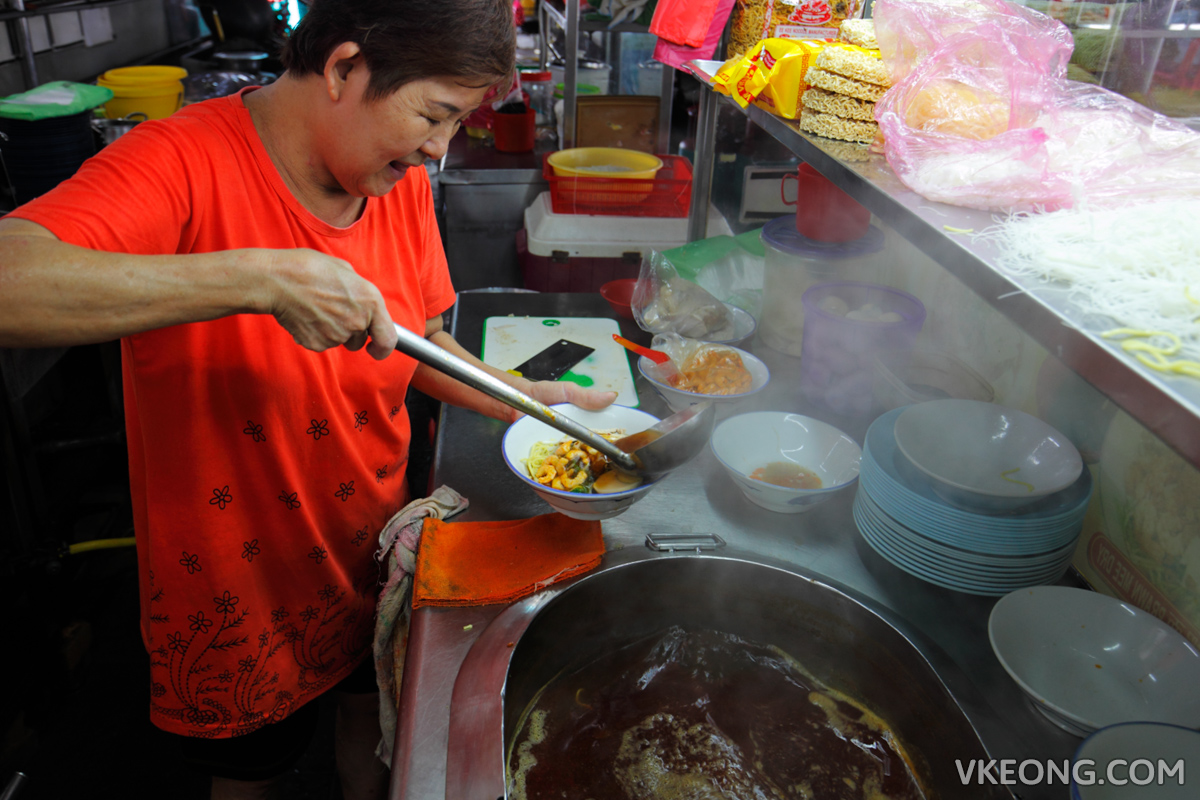 A brief chat with the friendly aunty revealed that she only sold prawn mee when her stall opened 16 years ago. As time passed, she gradually added her offerings to include Jawa Mee and Loh Mee too. She also told us that this area used to have students and business used to be better.
However, a number of them have moved to neighboring housing areas to enjoy cheaper rents. I asked if she’s from Penang because her stall sells mostly Penang food, but she replied that she is actually born and bred in KL. 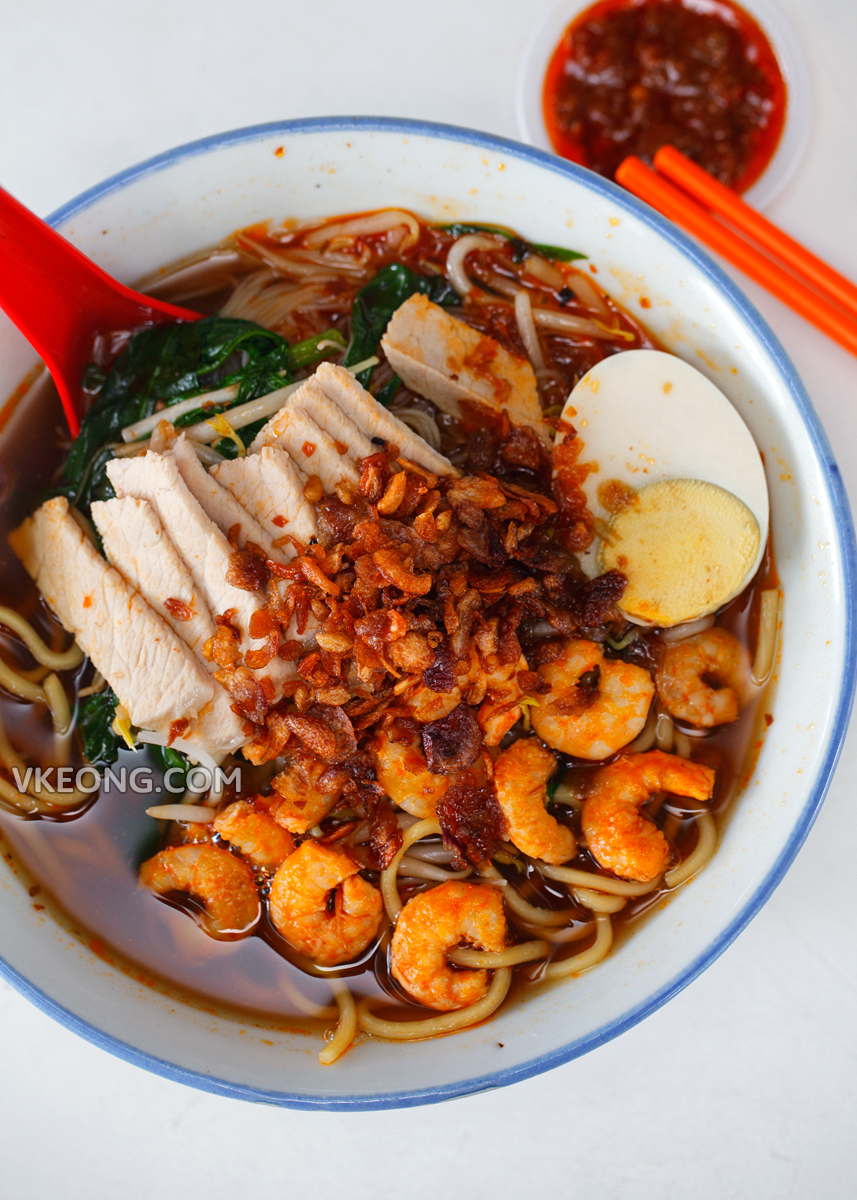 When the prawn mee arrived, we were impressed by the portion size. For RM6, this was more than worth it considering the large serving and generous amount of toppings. Yet, she felt the need to apologize for increasing the price (from RM5.50 previously) due to raising cost of ingredients.
One important tip given by Desmond was to get the spicier version of chili paste, as it adds more kick to the otherwise flat tasting noodle. Understandbly so, since a nice bowl of prawn mee is not complete without an equally competent chili paste. 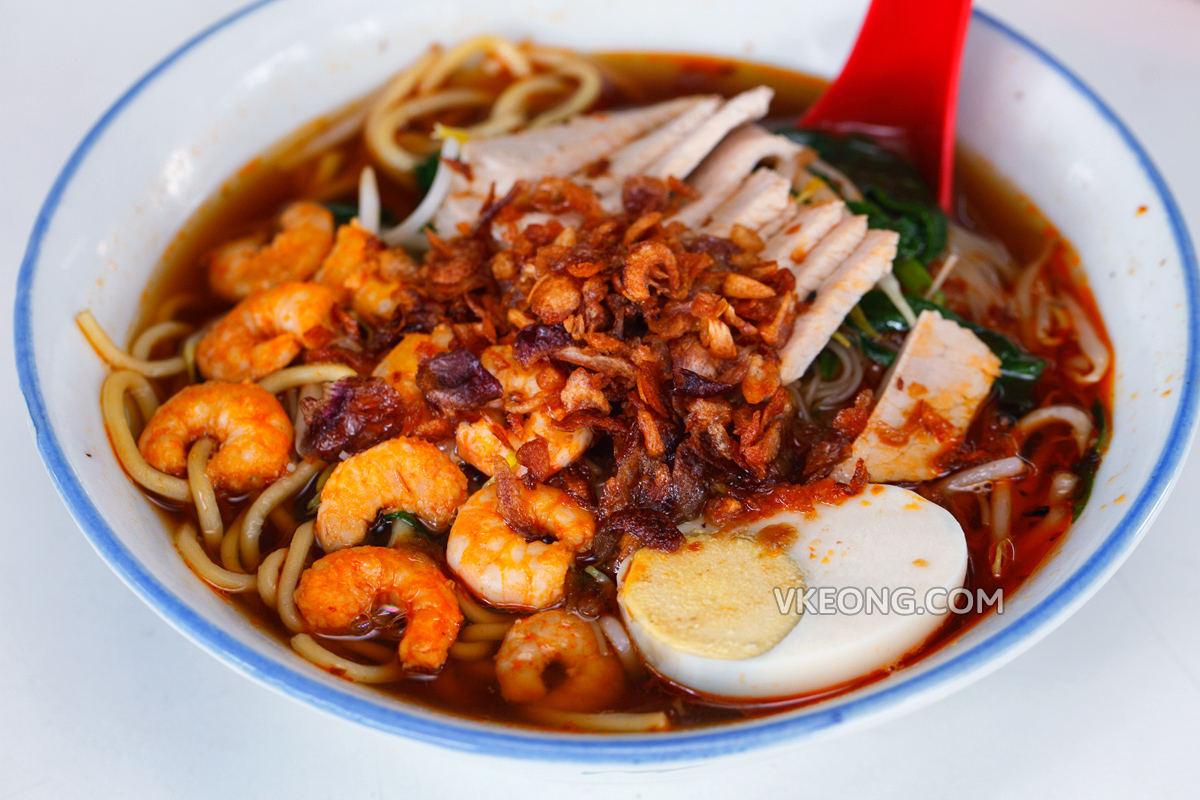 The main difference I noticed about the prawn mee was the color of the soup. It was dark brown instead of being reddish which I am used to seeing. Even so, the soup had a prevalent prawn flavor filled with sweetness from pork bones that give it a delicious and well rounded taste. The boat load of home made fried shallots also helped to impart a wonderful aroma. 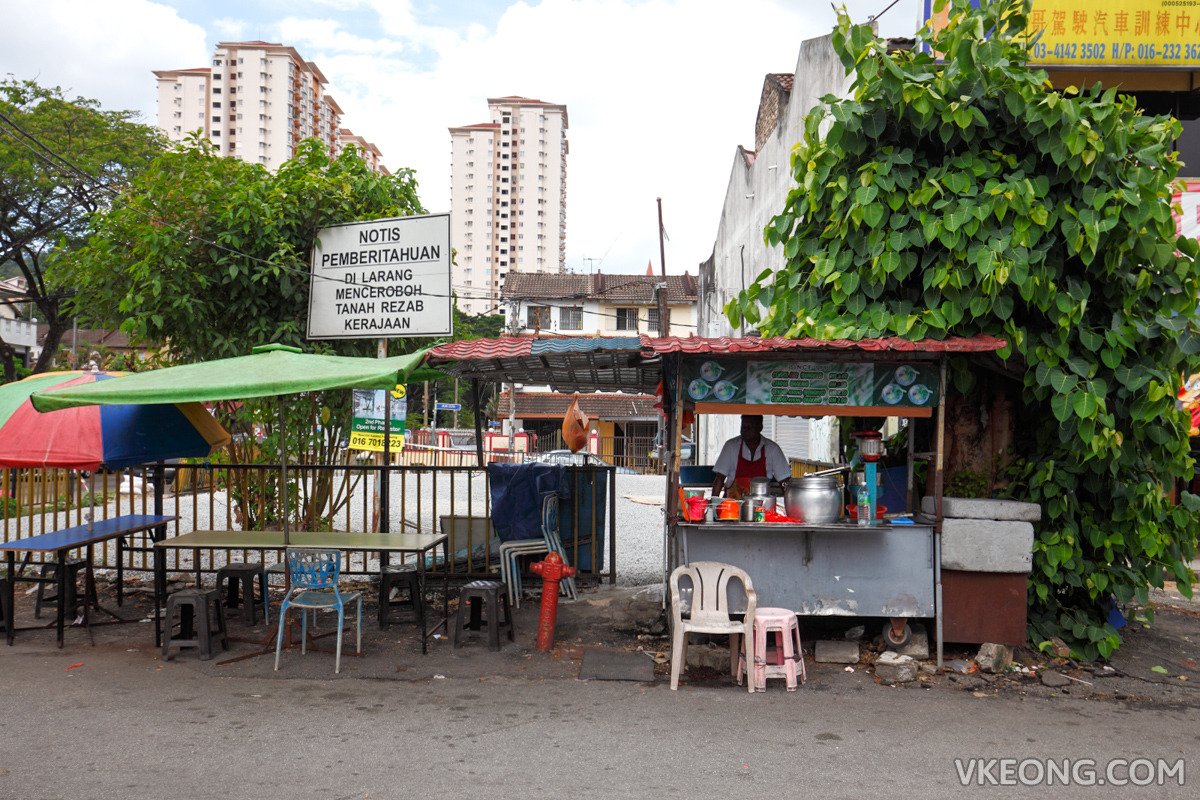 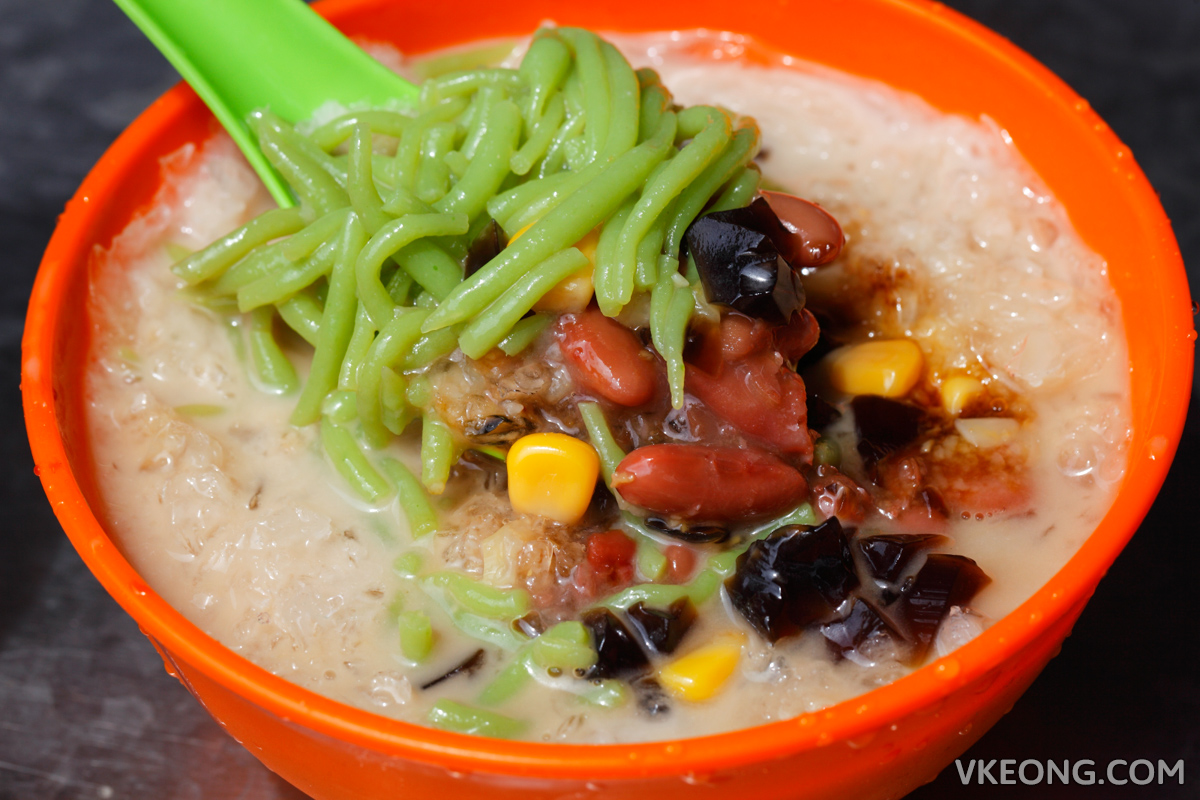 Then we adjourned to the other end of the street to enjoy an icy cool cendol. It was alright, nothing to shout about but certainly did its job to shake off the heat. 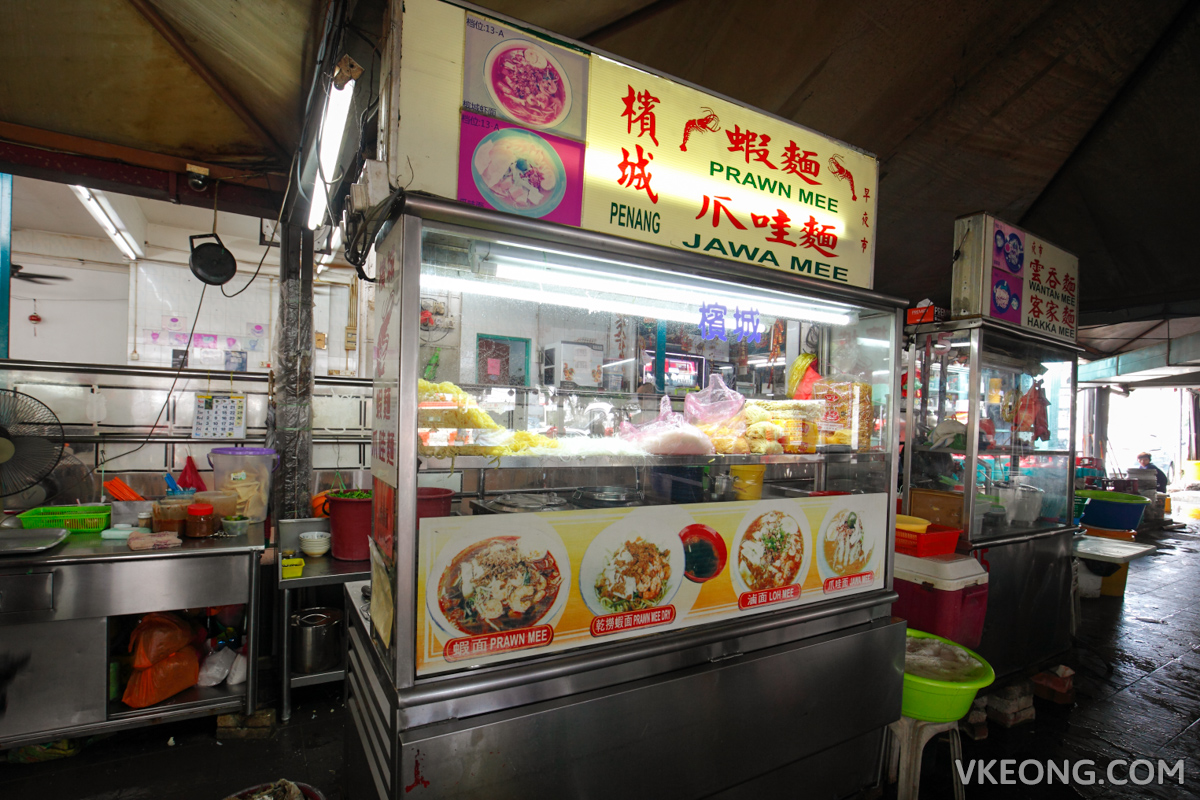 Wangsa Maju July 30, 2017
ABOUT US
VKEONG.COM - Malaysia Food and Travel blog with reviews of restaurants, hawker and street food in KL, Penang, Melaka and beyond.
Contact us: vkeong@yahoo.com
FOLLOW US
© VKEONG.COM - All Rights Reserved