Located in the heart of Bangsar (near the housing areas opposite McDonald’s), Rendez-Vous is a traditional French restaurant that aims to offer unadulterated and authentic French cuisine at affordable prices. Rest assured you won’t burn a hole in your pocket for a modest meal here. Well, unless you want to.
The setting of Rendez-Vous could be considered as casual fine dining in a relaxed and laid-back ambience. Food portions are generous too and with complimentary servings of fresh baguettes, you are sure to go home full and satisfied. 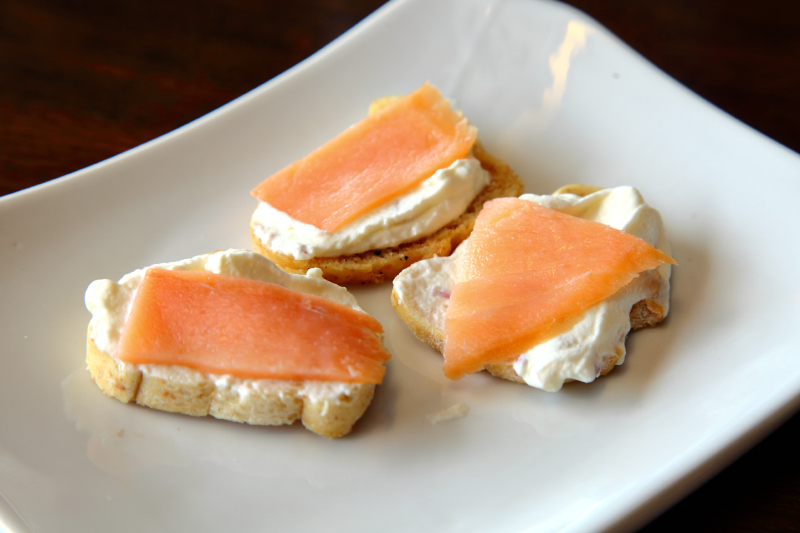 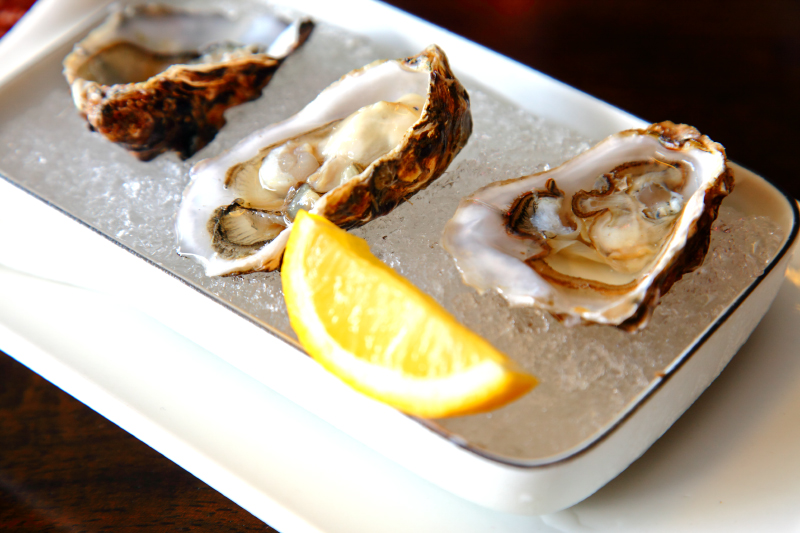 Many ingredients used in the menu are imported from France. They include these delectable raw oysters (RM23 – 3pcs) that were air-flown all the way from Cancale, a fishing port with its a reputation of being the “oyster capital” of Brittany.
Why Brittany you ask? That’s because the chef who helms Rendez-Vous, Florian Nigen’s family has run a well-known restaurant in Brittany for more than three decades. So that explains the reasoning behind sourcing the ingredients from the said region. Anyway, the oysters were fresh and tasty – albeit smaller than anticipated. 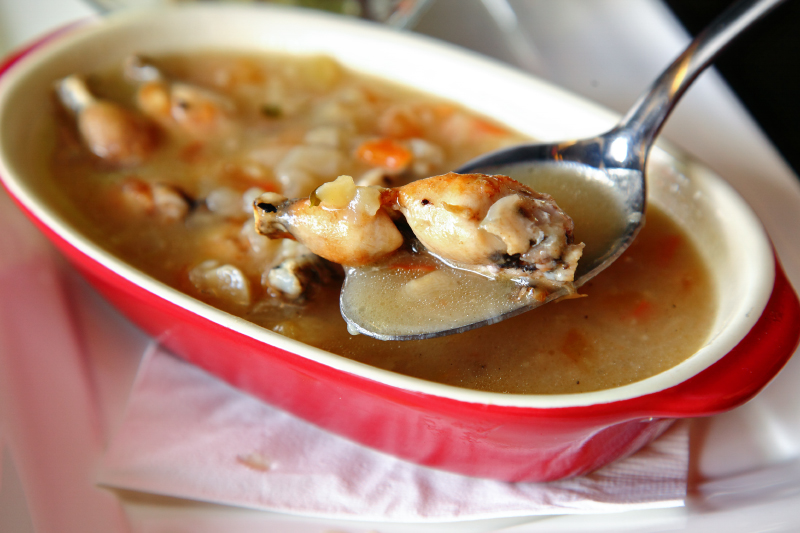 This was my first time having frog legs at a non-Chinese restaurant and I have to say it was pretty good. The frog legs as you could see are meatier than usual. It was prepared in a Provencal style with a strong presence of garlic and herbs for that desirable aroma.
The frog legs themselves were well-cooked to a juicy, fall off the bone tenderness while the soup was slurp-worthy. Not to mention the salad that accompanied the dish was unexpectedly good too because of the unique and refreshing dressing. 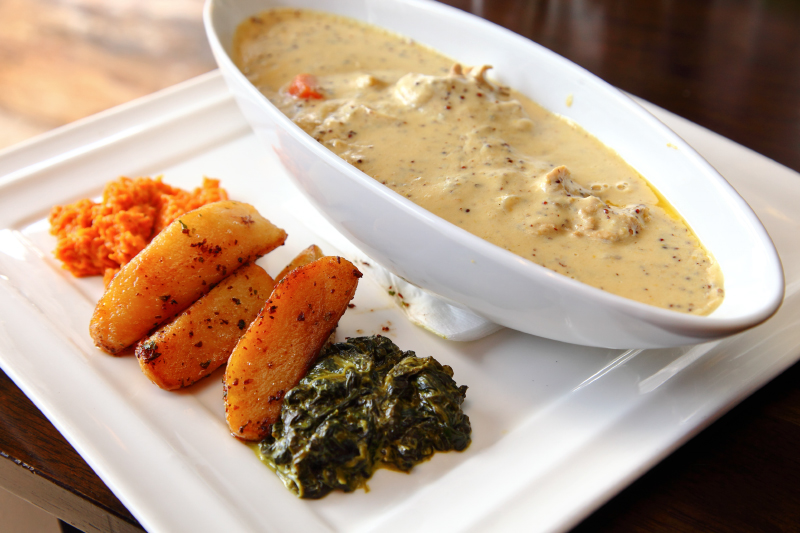 Scanning through the menu we saw many interesting dishes prepared with rather uncommon meats. If you are feeling adventurous, there’s even soft pork blood sausage to be tried. Even though I do enjoy pork blood in my curry mee, I don’t think I would be able to have it entirely as a main course.
So instead, I went for the ‘safer’ but ridiculously delicious option – Rabbit with whole grain mustard sauce @ RM46. The creamy and savoury sauce was rich and tangy, which we happily mopped up with the baguettes. 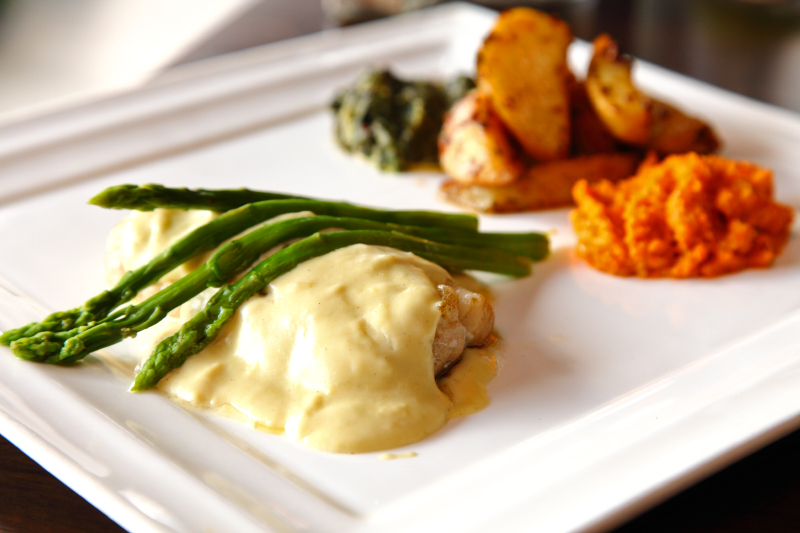 SL had the Cod Fish with Asparagus Sauce @ RM46. Despite having a beautiful sauce to go along with it, this dish was quite a let down. The cod had a fishy taste while the asparagus was terribly overcooked into a mush. 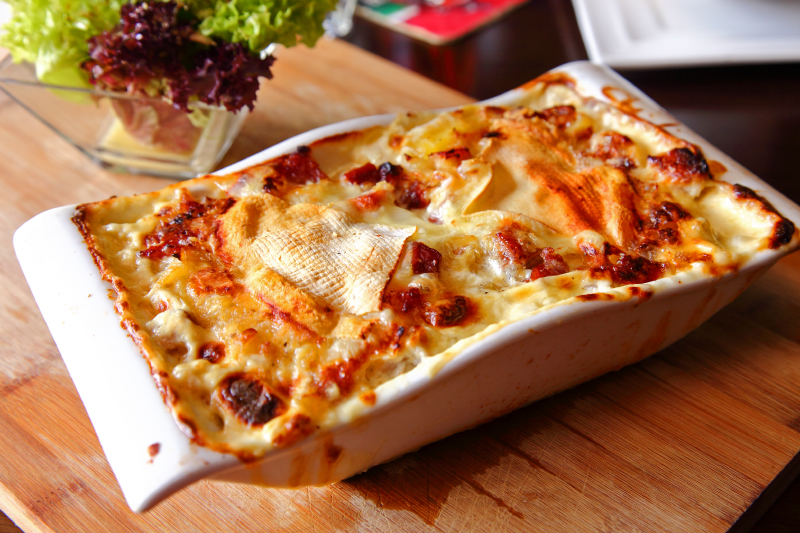 My other dining companion had the Potatoes Gratin with cream, bacon and Reblochon cheese @ RM38. The portioning is humongous and could be easily shared between two. I had a taste and thought it was really good. If you like rich and creamy tasting food, you should not go wrong with this. 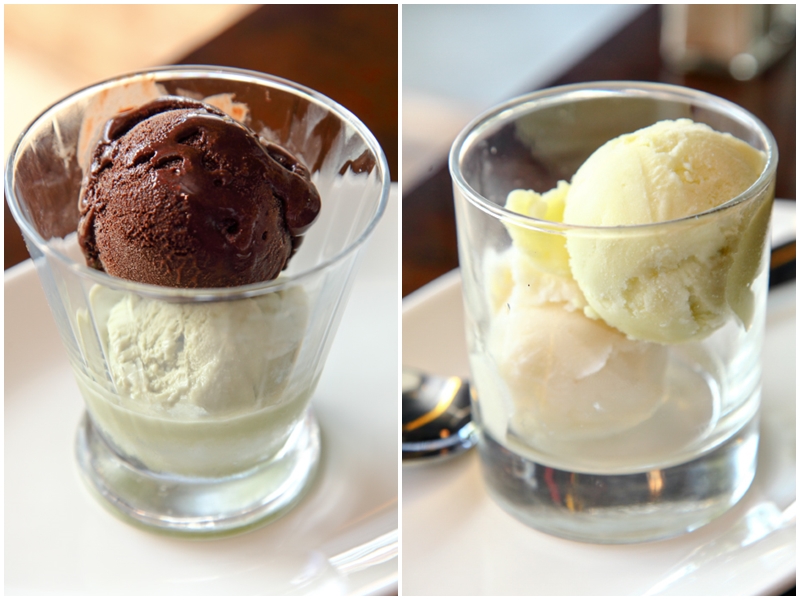 When it comes to dessert there’s no lack of choices. You could choose from a variety of pastries, the classic Crème Brulee, chocolate mousse, sorbet and ice creams. Among the few that we managed to sample, the lime sorbet (RM12 for 2 scoops) was spectacular. It had an intense lime flavour and was extremely refreshing to the palate after a rich meal. Highly recommended, you won’t regret it. 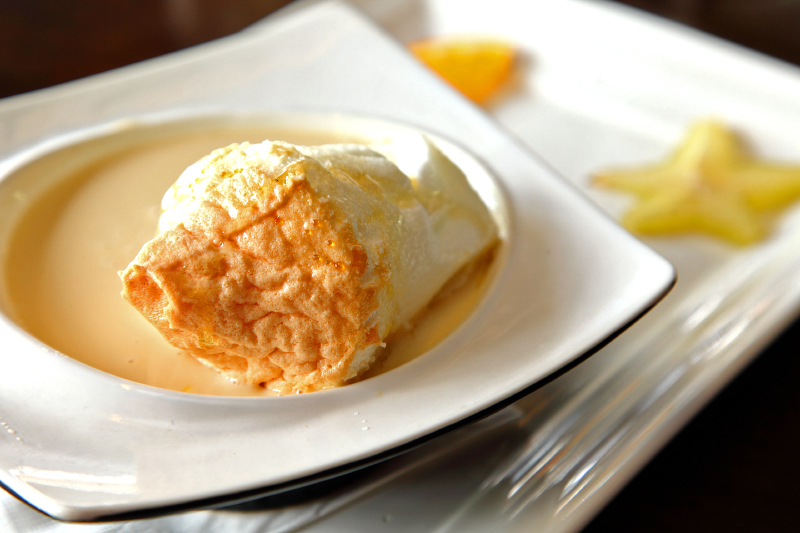 Meringue on vanilla custard @ RM12 was the special dessert of the day. It had an egg white smell that I couldn’t shake off, otherwise it would have been great. 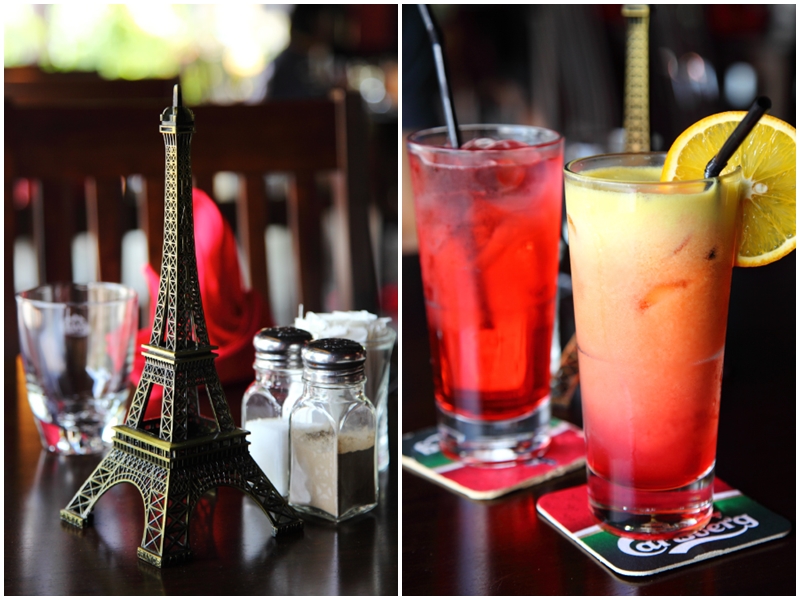 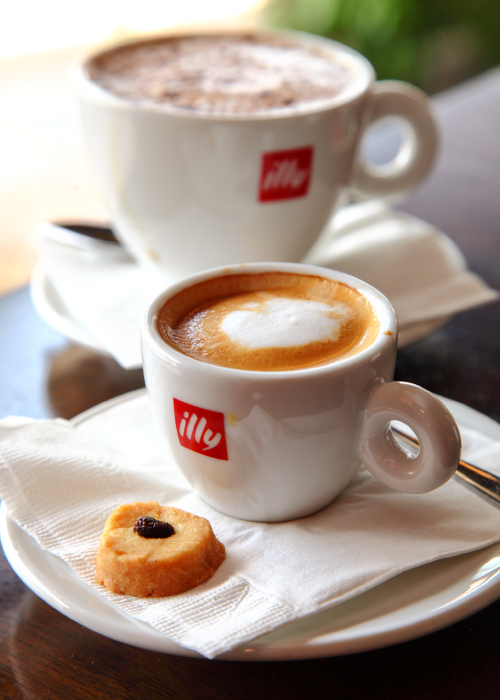 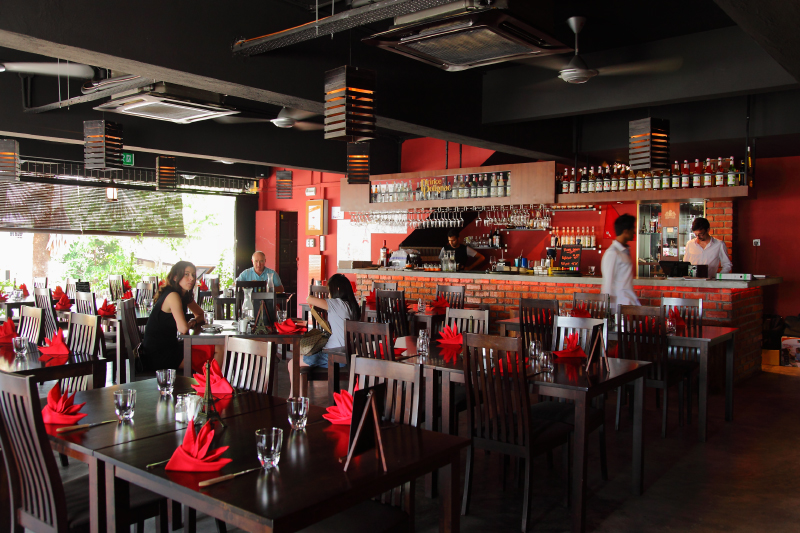 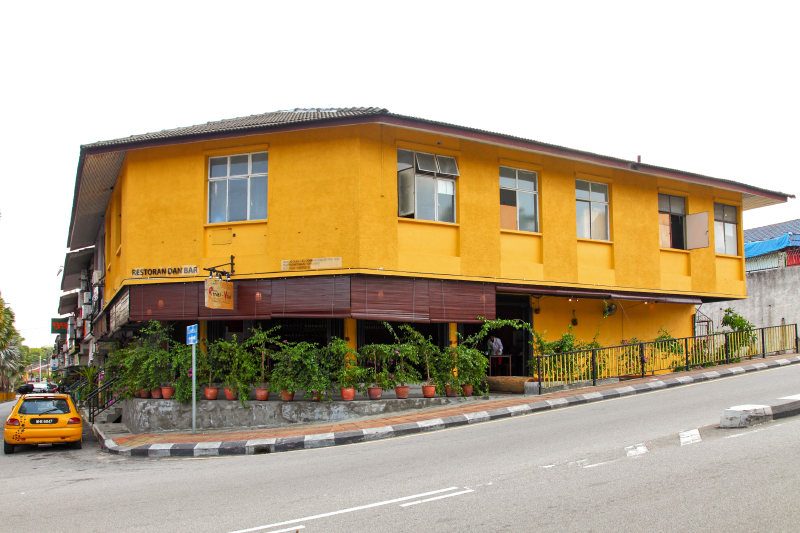 For a more economic value, you could also go for their set menu which starts from RM56. Each menu includes a starter, main course and dessert. To keep things fresh and exciting, the menu rotates almost every 2 months (based on customer feedbacks) and they also have a special brunch menu every Sunday and monthly French wine pairing dinners. To view their full menu, check out their website and Facebook page.