For a restaurant that focuses on beer, Restoran 2008 Snow Beer offers a few surprisingly great dishes to go with the drinking. People come for the snow beer and stay for the finger-licking food. I am not a drinker myself so I didn’t know that snow beer even existed. Apparently snow beer is not a new kind of beer, the name actually applies to any brand of beer as long as you serve it correctly. 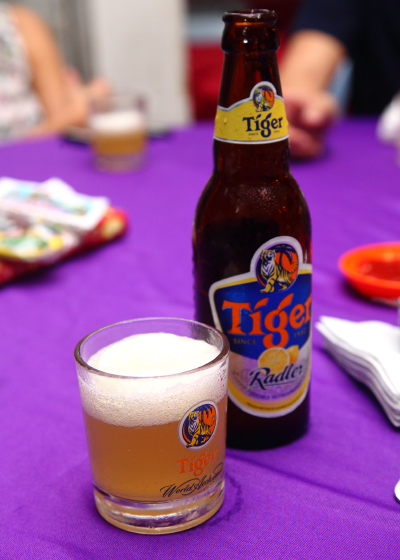 A snow beer has the appearance of a slushie and tastes like an ice blended beer, except that it wasn’t blended at all. All you need is a frozen glass and a very chilled bottle of beer. When poured into a frozen glass, the beer foam quickly crystallizes into icy flakes of beer which gives its snowy, ice blended look.
However, this would only last a few seconds before the frozen beer melts. For non-drinkers you could still enjoy the Snow Beer experience by ordering the Tiger Radler. It is very similar to Shandy but not as sweet and more drinkable despite its slightly higher alcohol content (2%). 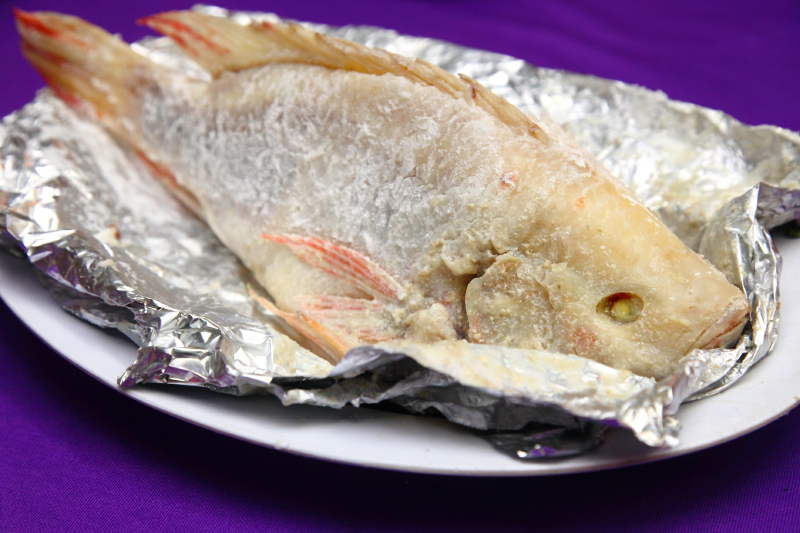 The Sea Salt Baked Tilapia (雪山飛狐) @ RM35 is one of the signature dish here. The entire fish is covered in sea salt then slow-baked in a tin foil wrap to retain it’s moisture and delicate texture. I have tasted a few salt baked fish but this one was particularly memorable because the fish was very fresh without any mud smell. Highly recommended although it’s a little pricey. 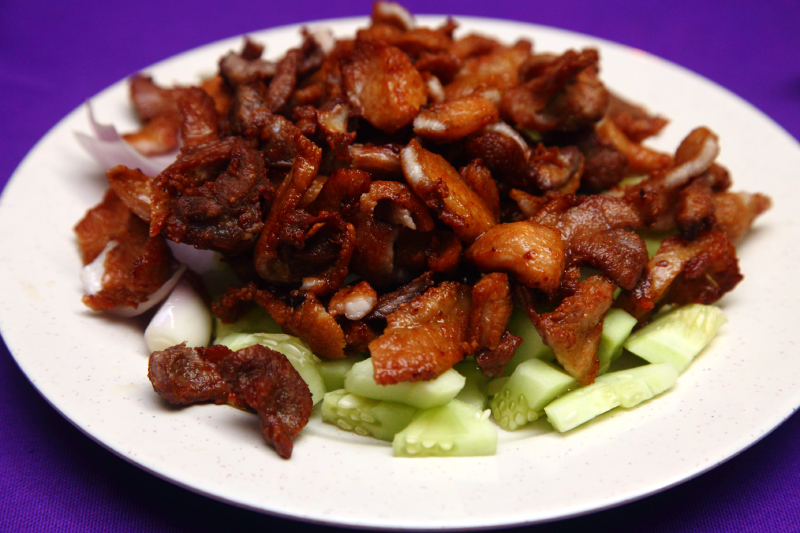 Salted Pork (咸肉) @ RM20 – an addictive snack like dish that goes well with rice or just on its own. It is quite heaty because the pork slices were deep fried. Best to wash down with all the cucumber and plenty of liquids after having this. 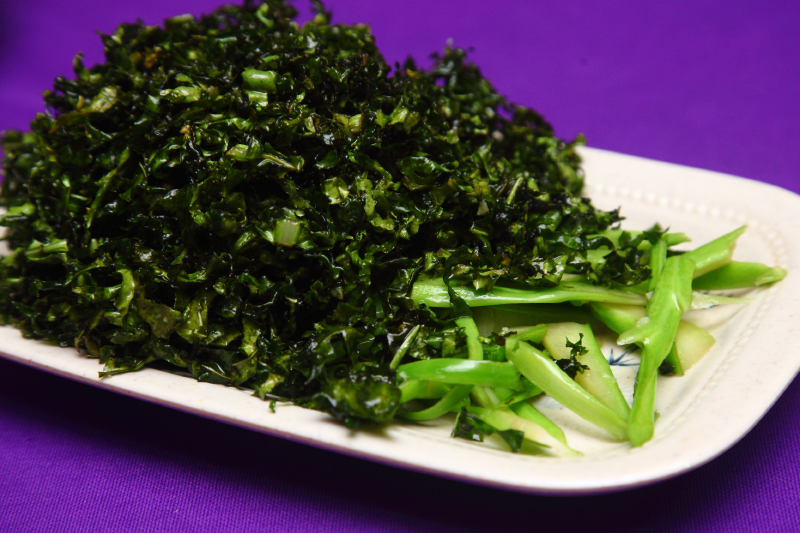 The Yin Yang Kailan @ RM15 was excellent, well seasoned and prepared without any hint of bitterness. I seldom recommend a vege unless it’s really good. 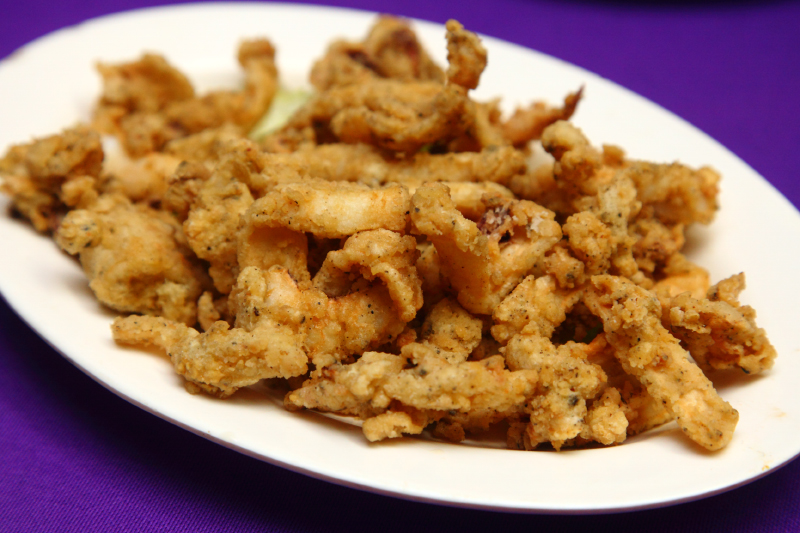 Deep Fried Calamari @ RM20 – quite a tasty dish to go with beer. 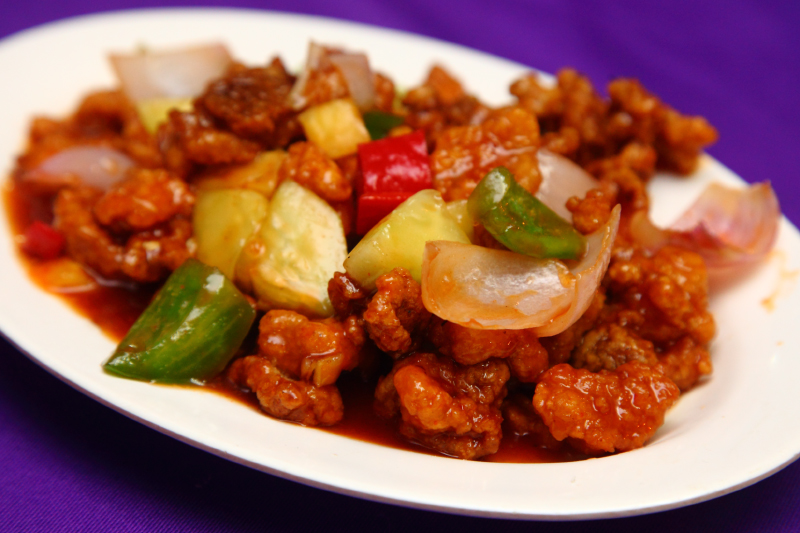 Sweet and Sour Pork @ RM25, nothing bad nor special about this. The sauce was alright but the pork lacked the crunch to make it great. 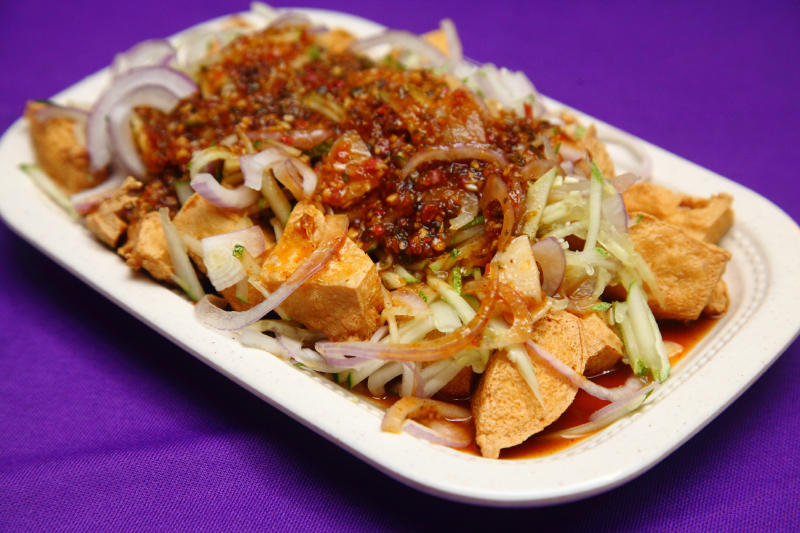 Thai Style Bean Curd @ RM12 – they did not take the shortcut and served it with bottled Thai chilli sauce. Instead, the tangy, albeit slightly watery sauce was home-made and decent enough. As a snack, it’s alright. 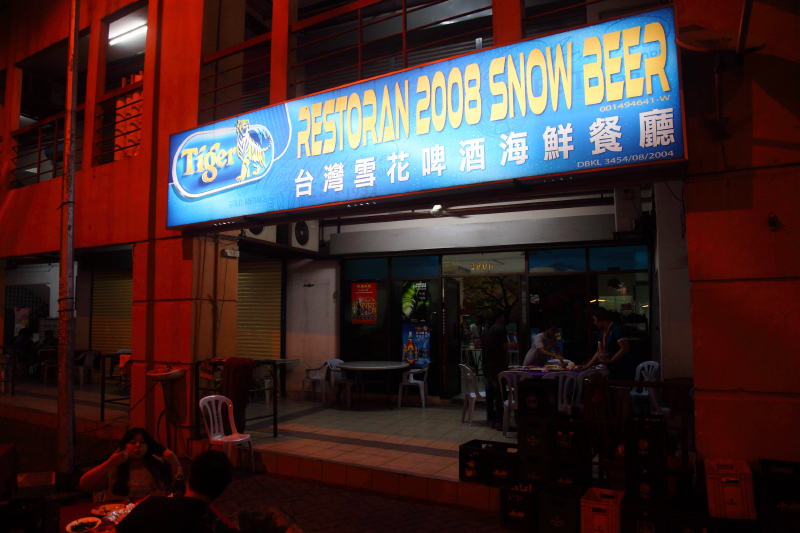 Overall, the food at 2008 Snow Beer exceeded my initial expectations so no wonder they have a huge following of customers. The only downside would be the price which seemed higher than the usual ‘dai chao’. But I could see why the customers wouldn’t mind paying a little more for a nice drinking session here.