Ah Go Go restaurant in Kepong has always been known for their signature dish – fish head curry. When it was still operating next to Hing Kee, it was one of the busiest spots to eat in town and I used to recommend it.
However, after they relocated to the current location, the quality has dropped significantly. For some reason this always happens when an eatery whether it’s a food stall or restaurant shifts to a new place. 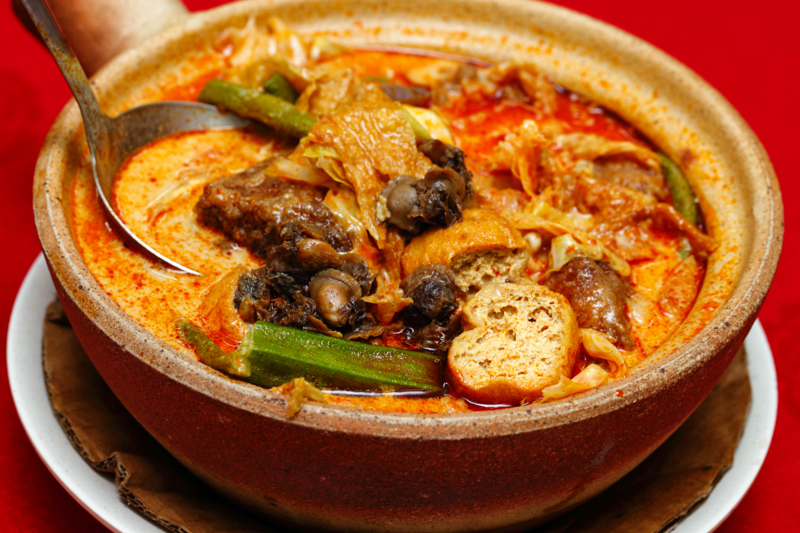 For starters, one thing that sets Ah Go Go’s fish head curry (RM32) apart is that they use cockles in the dish as well. The curry is thinner too with an extra dose of coconut milk. That somewhat lifts the overall flavor and aroma to compensate for the curry’s runny, almost watery texture. As long as you know what to expect, you will be hardly be disappointed by the fish head curry here. Unfortunately, that’s no longer the case.
Since this was not our first time eating here, we knew the fish was never deep-fried prior to being cooked in the curry. I can’t think of any reason for doing that, except because the fish was not so fresh and they fried it to mask it. Besides, it also introduced an fried-oil smell that affected the overall taste. 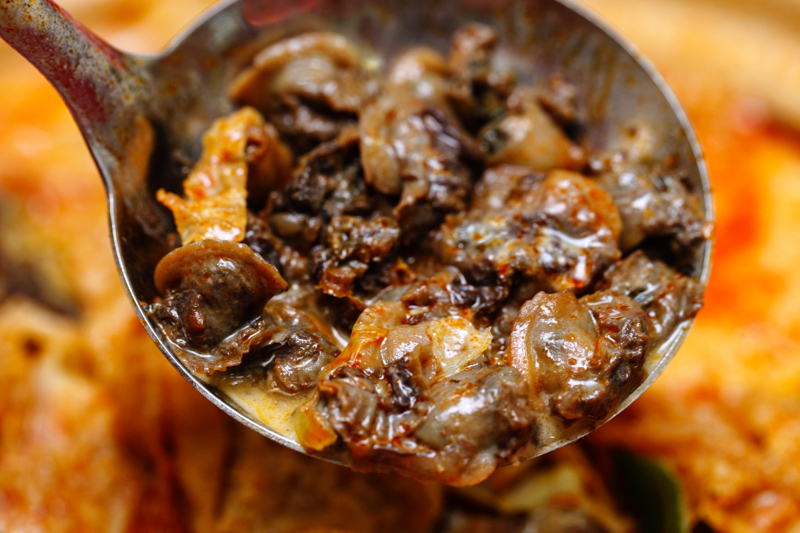 I used to really enjoy the fish head curry here partly because of the additional cockles. It’s kind of unique if you think about it. So it’s a real pity it’s no longer as good as it used to be. 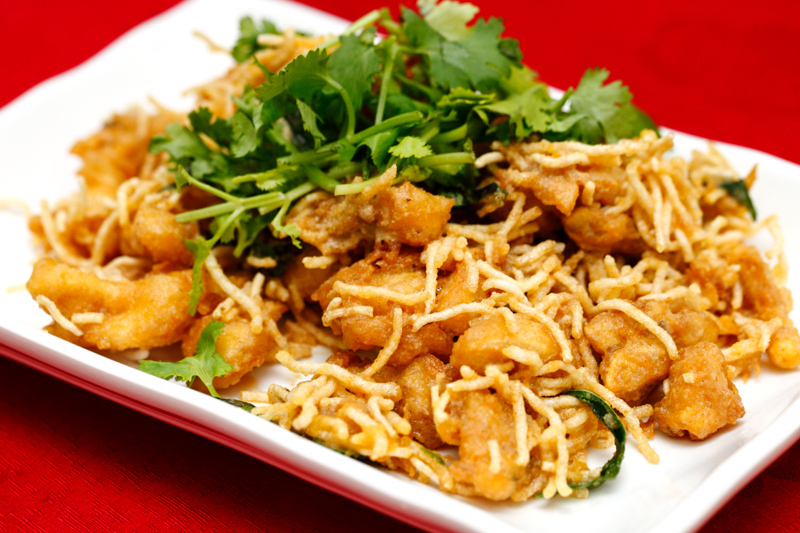 I don’t know why they decided to fancy up a simple dish like fried squid with salted egg-yolk @ RM18. Although it’s not terrible, nothing about it feels right too. 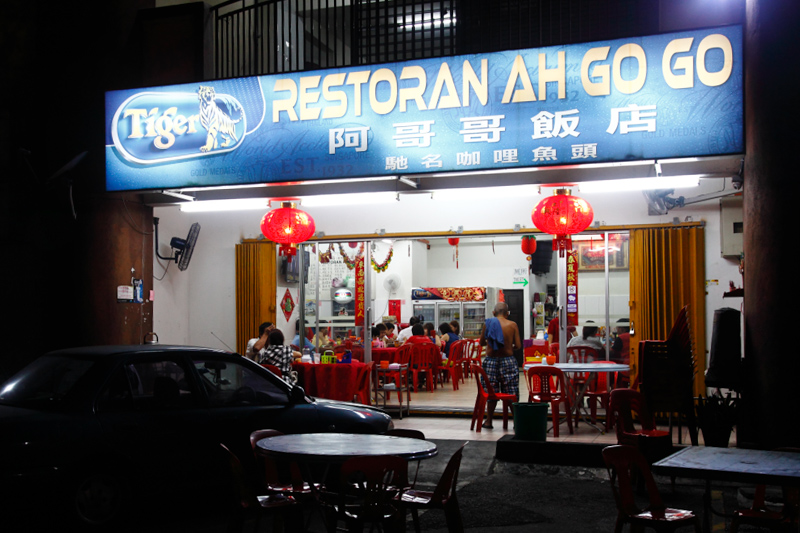 To set the record straight, I am not condemning Ah Go Go. It’s still a decent place to have a meal, just that their food standard really went down like a train wreck. I sincerely hope they buck up soon because looking at their business recently, it’s apparent that many regulars have stopped coming here.