Few weeks ago, there was a viral post circulating in Facebook about a chicken rice that sells only for RM1/pack in Kepong. It really tickled my curiosity, even more considering it’s in the town I stay. After some investigation of my own, I found out that the chicken rice stall is only a few minutes away from where I stay. 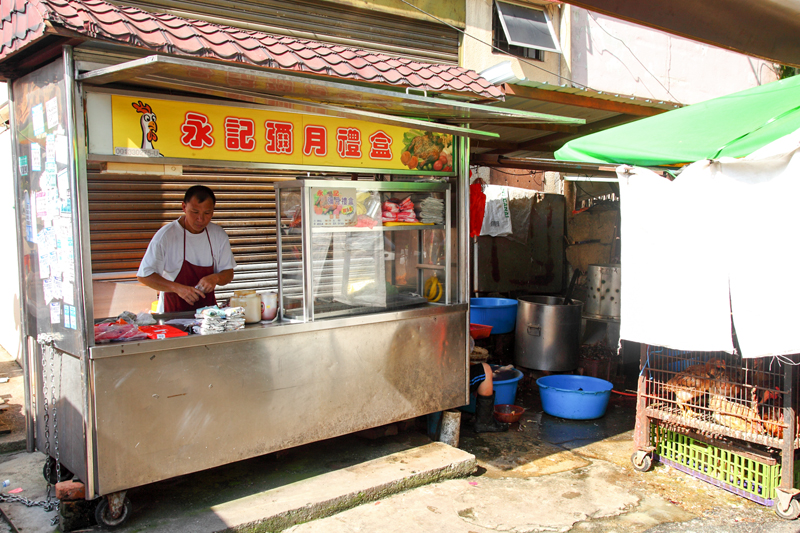 Apparently the chicken rice stall operates at the entrance of a small morning market which is only a stone’s throw away from SJKC Kepong 1 and 2. The location is quite obscure because it’s not somewhere you’d usually go unless your kids go to the schools I mentioned earlier.
When I was there around 10:15am, Mr Ong’s (the stall owner) chicken rice was almost sold out for the day and there were about 10-20 packets left. At that time, only a piece of roast pork was remaining and was chopped up for packing. The moment he saw my camera he knew I came after I saw the Facebook post. 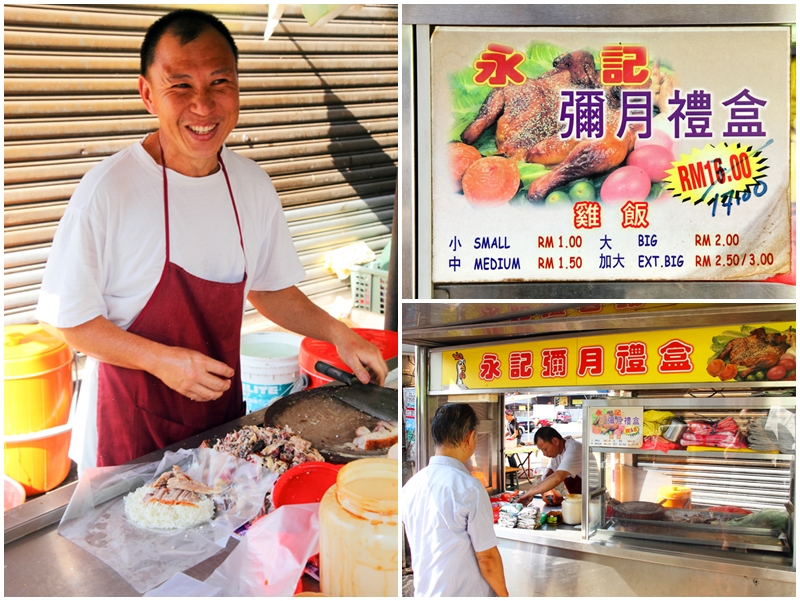 He explained to me that the reason he sold his chicken rice in such small packs (and cheap) is because school kids are his main customers. He added that the normal serving of chicken rice would be too large for them especially for breakfast – so he decided to sell them in small packets.
However, he did clarify that his smallest pack of chicken rice used to sell for 50 cents only and gradually became the price you see today after 20 over years.
Also, if you’re wondering, the most expensive portion he ever sold was RM12. I don’t know who bought that but yeah, there’s no limit according to Mr. Ong – just tell him how much you want and he will prepare it for you. 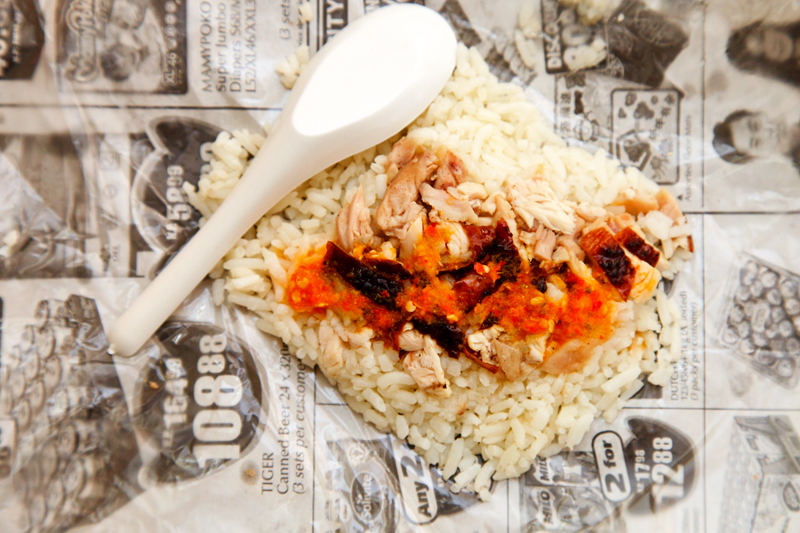 The photos might be misleading about the portion size but you can use the plastic spoon as a scale. Each RM1 packet is about half-an-inch thick and contained mostly bits of boneless chicken meat, some looking more presentable than the rest. 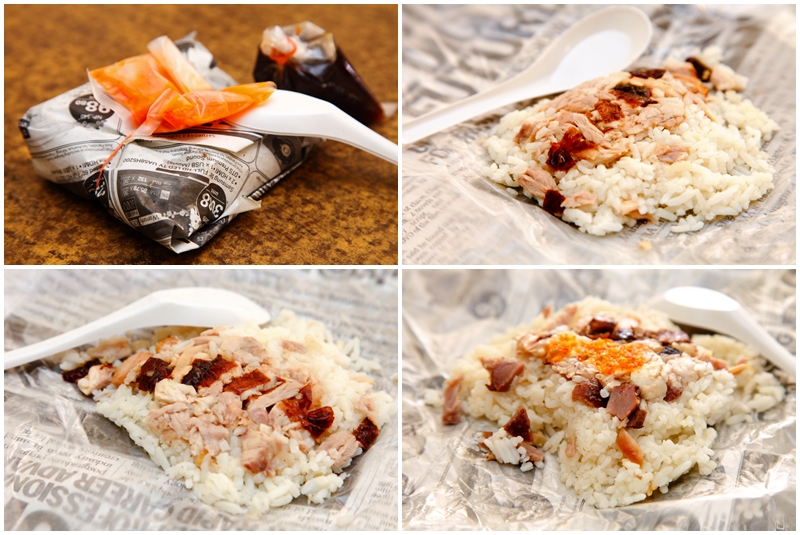 When the coffee shop aunty saw what we were eating, she quipped “this is for baby to eat one ah?” So you know how small it is. Chilli and soya sauce are provided separately – that’s a no brainer. Taste wise, it’s not great but there’s nothing bad about it too. For RM1, what is there to complain about? 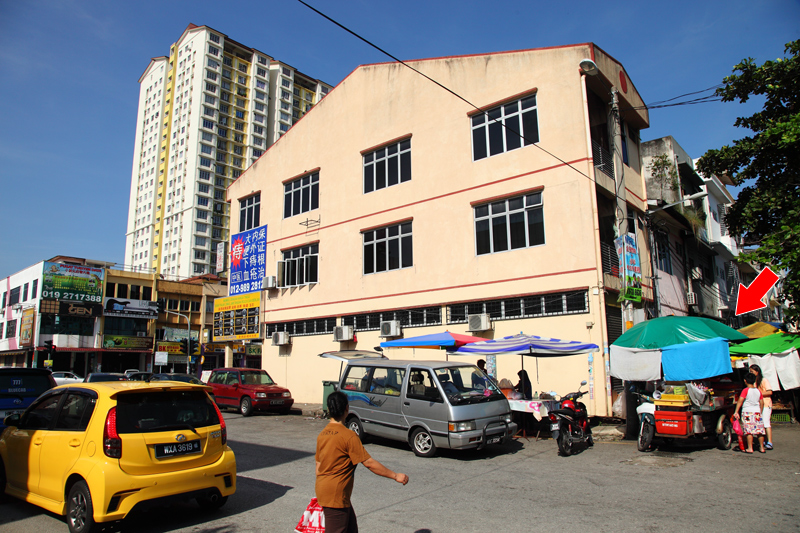 The way I see it, Mr. Ong is not doing this as a marketing gimmick but he genuinely care for the school kids. With the rising cost of anything and everything, it’s hard to fathom how he could make a profit by selling his chicken rice at RM1. I hope the Internet virality will have a good impact on his business and help him maintain the prices.
For those who want to to try this RM1 chicken rice, I can’t think of any landmark neaby except for the schools. If you are not familiar with Kepong but want to try, here’s Jalan Kepong’s street view of the junction where you need to make a left turn after Kimlly Goldsmith to reach the market. I have marked the location of the stall with an arrow in the photo above. Happy hunting!