Kepong is dotted with seafood restaurants and some of them were known for starting the 3 crabs (1kg) for RM18 craze many years back. Unfortunately, that kind of pricing is almost unheard of nowadays after years of inflation.
But if you are looking to enjoy a crabby meal on a budget, you may want to consider Tou Tou seafood restaurant located opposite AEON Big just next to the famous Ka Ka Bak Kut Teh. The cheapest crab they have is RM8 each and fresh tilapia is available at RM9.80 each. 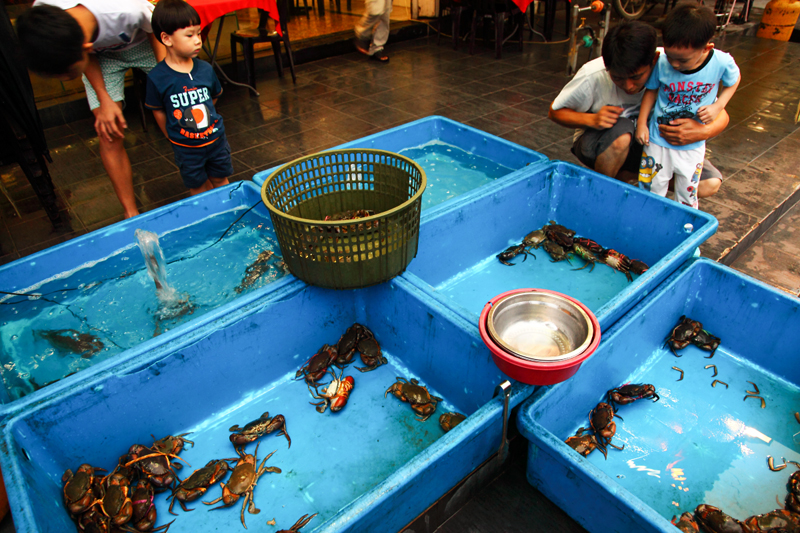 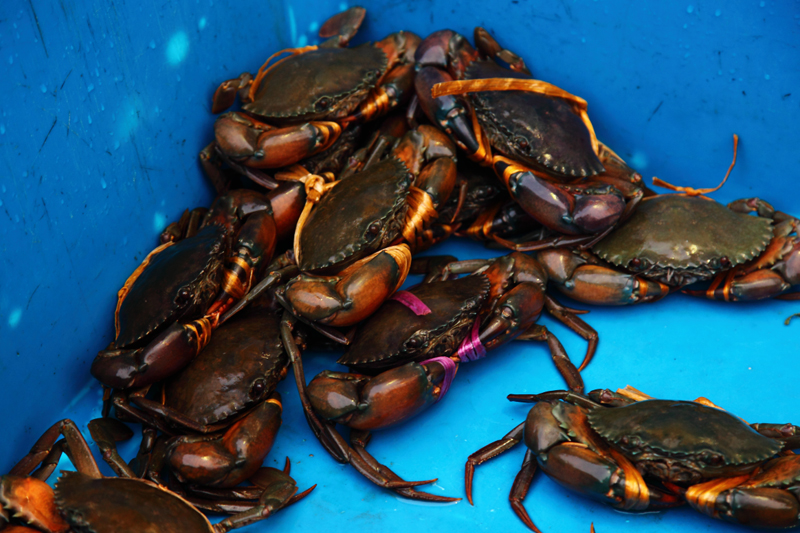 And of course the crabs are so cheap for a reason: they are small as you can see in the photos shown. They do have bigger sized crabs priced at RM12 and RM15 if you are willing to spend a little bit extra. That said, do note that there’s a surcharge of RM5 for cooking each crab dish. 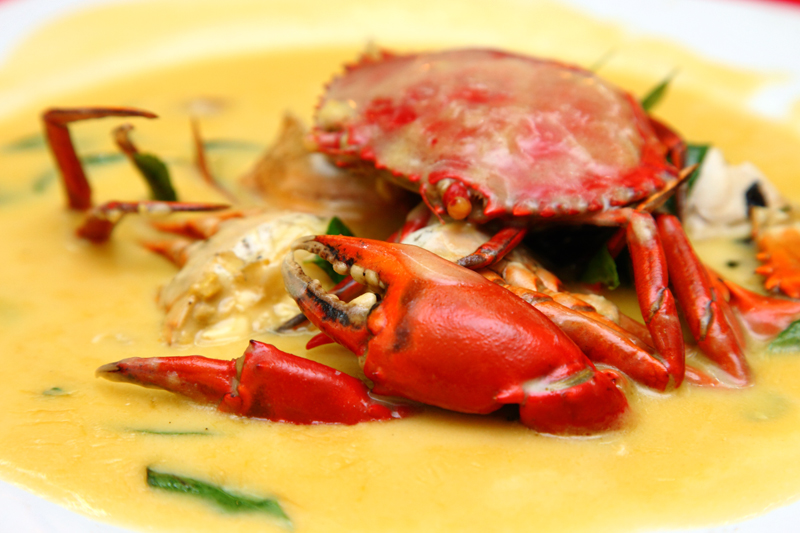 Most of the cooking stlyes for the crabs are quite common except maybe for one, which is their signature (loosely translated) Green-Lemon style. But for some reason it was not available that day so we decided to stick to safer options like the Butter Crab above. We got two crabs for this so it’s priced at RM21 (RM16 + RM5).
Although the crabs were small, they were not exactly tiny and still pack a healthy amount of flesh. So, you just have to more patient while digging for it.
Taste wise I have to say it was delicious simply because the crabs are extremely fresh. Being small, their flesh is also firmer and sweeter in taste. The butter sauce is nicely prepared as well with a creamier than usual consistency. Now, only if they served fried mantao to mop up the sauce… 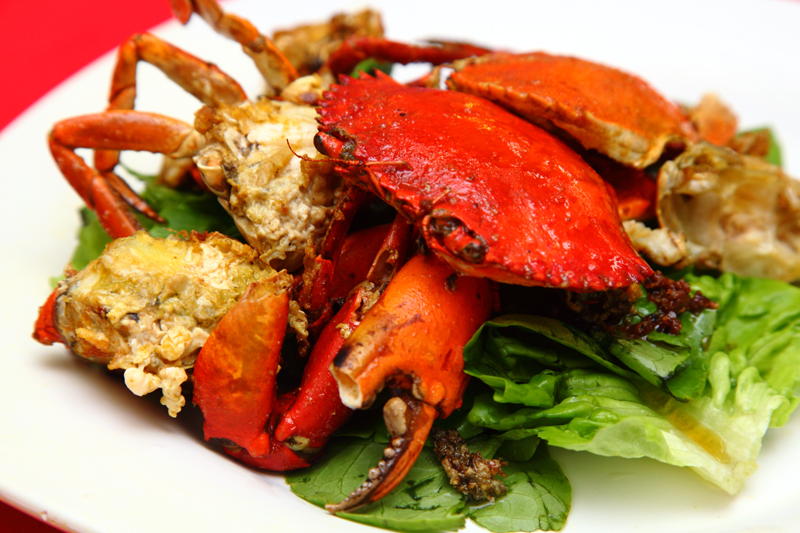 The Grilled Crab @ RM21 is great too but not as succulent compared to the Butter Crab since they dried out during the grilling process. I guess grilled style is only recommendable when the crabs used are larger and meatier. 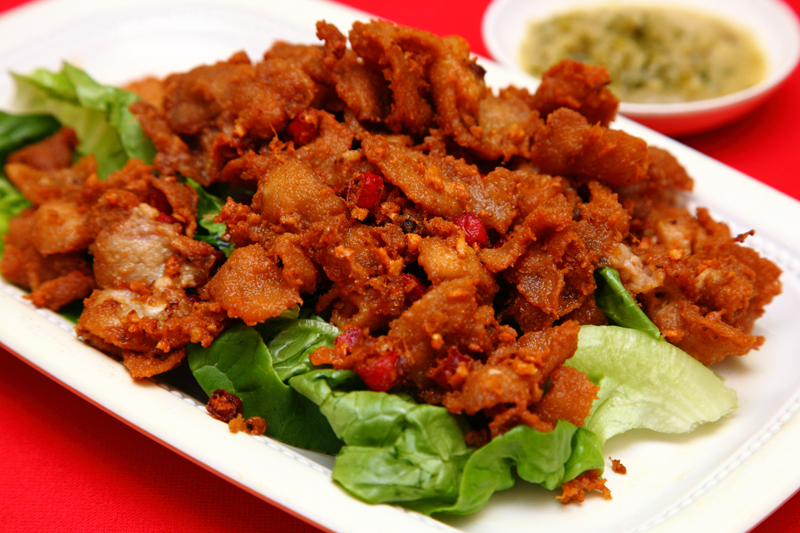 Nam Yue Fried Pork Belly is one of the specialties here and it’s RM16 for a huge portion like this. Personally I feel this is more of a snack that would go well with beer, as the flavour is strong and savoury. 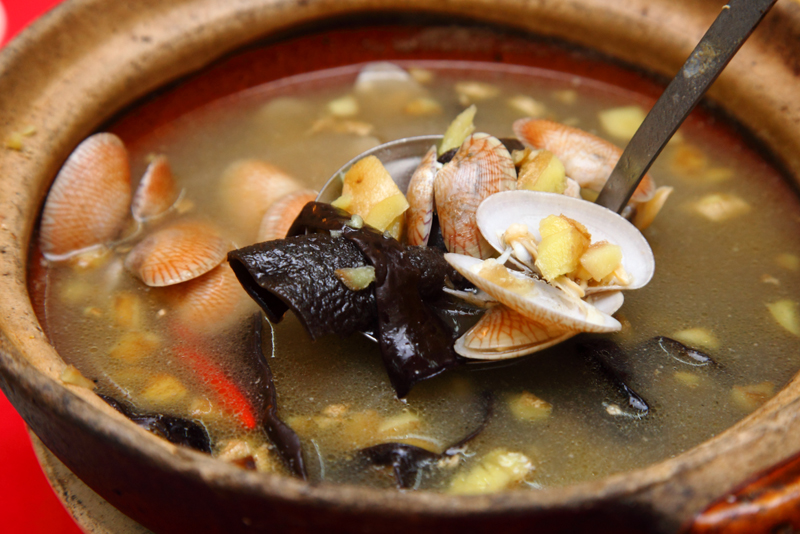 Siong Tong Lala @ RM17 – far from the best I’ve had but I guess it was still alright. My only problem with it was the crazy amount of ginger that they put into the soup that made it a tad too spicy to enjoy. 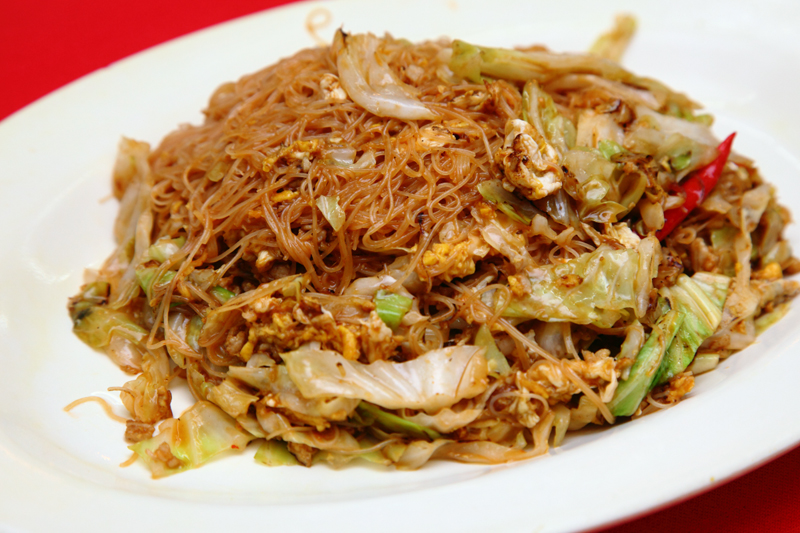 Lastly, a serving of Singapore Fried Bee Hoon for two @ RM17 to complete the meal, which I think is overpriced when compared to the other seafood and meat dishes we had earlier. Anyway, cheap crabs aside this noodle is one of the reasons I came here.
I won’t say it’s great but it tastes very similar to what the restaurants in my hometown serve. So you could say I just wanted to relive the taste of my childhood. As you can see it’s slightly reddish because it’s fried together with tomato sauce (unusual in KL) that gives it an appetizing appeal. 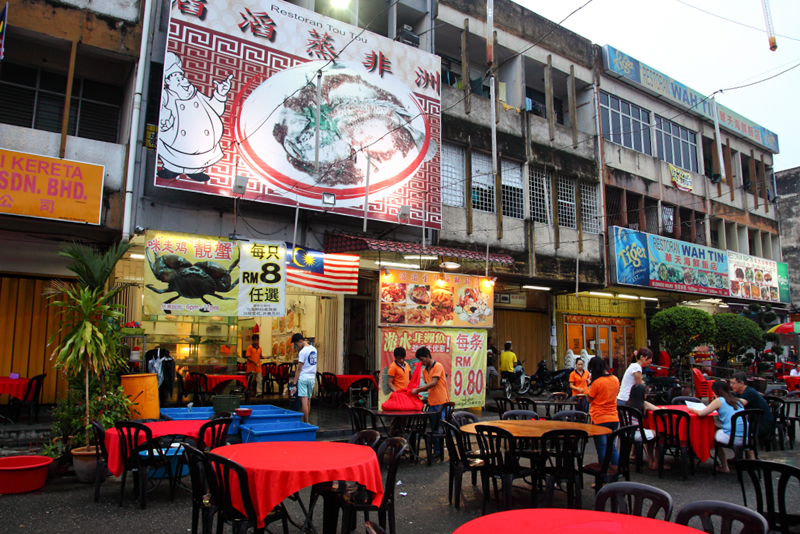 If you don’t mind the crabs being small, Tou Tou is actually an affordable and family friendly seafood restaurant to enjoy a satisfying meal. Their prices are actually very reasonable too if compared to other similar restaurants in Kepong.