Frequent travellers along Jalan Kuching would notice that there are a few food trucks parked at both sides of the roads, usually under the trees for shade.
Most of them are selling rojak pasembur and cendol. One of the food trucks that receive the most attention is located under the Duke highway flyover. If you are coming from the Jalan Kuching roundabout it’d be on your right, which is diagonally opposite Old Town White Coffee (on your left). 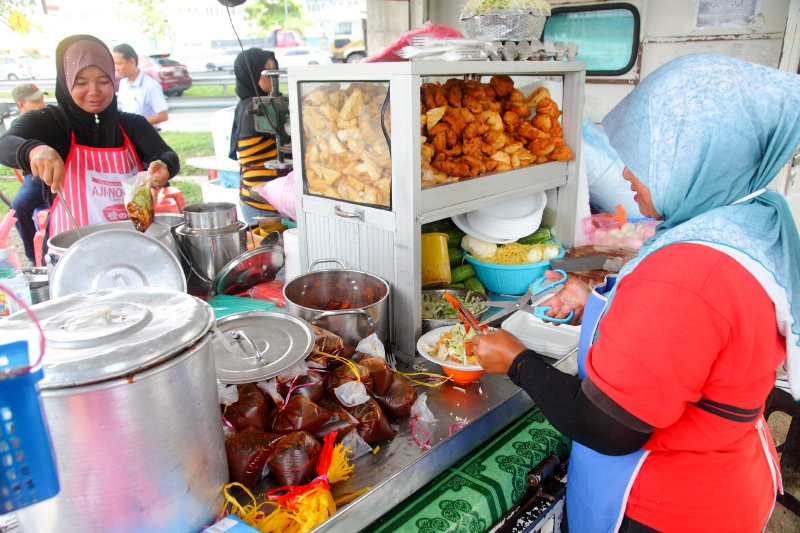 This unnamed and nondescript rojak van used to park their vehicle further down the road where it’s cooler with plenty of trees around. However, recently they were forced to move to the current location after receiving warnings from the DBKL. Most of the customers eat on the spot but those who ‘tapao’ usually buy many packets at one go. 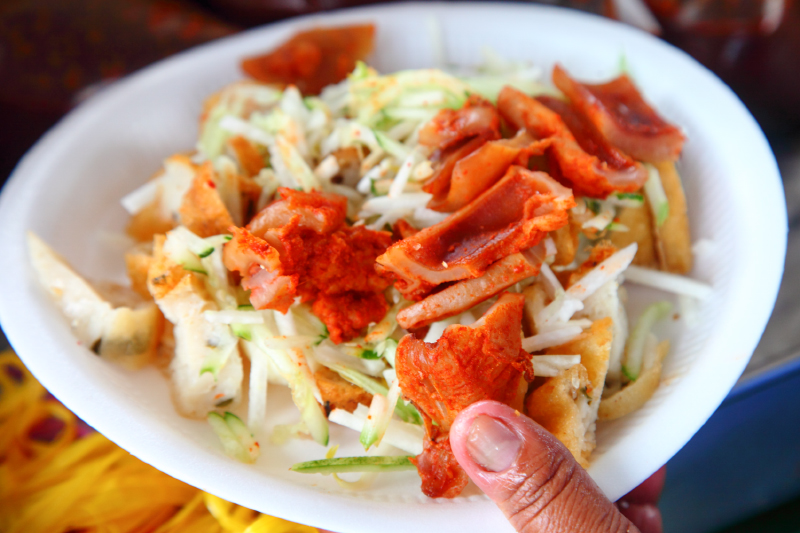 We tried their rojak pasembur with the works @ RM6 which included a few pieces of spicy sambal cuttlefish. 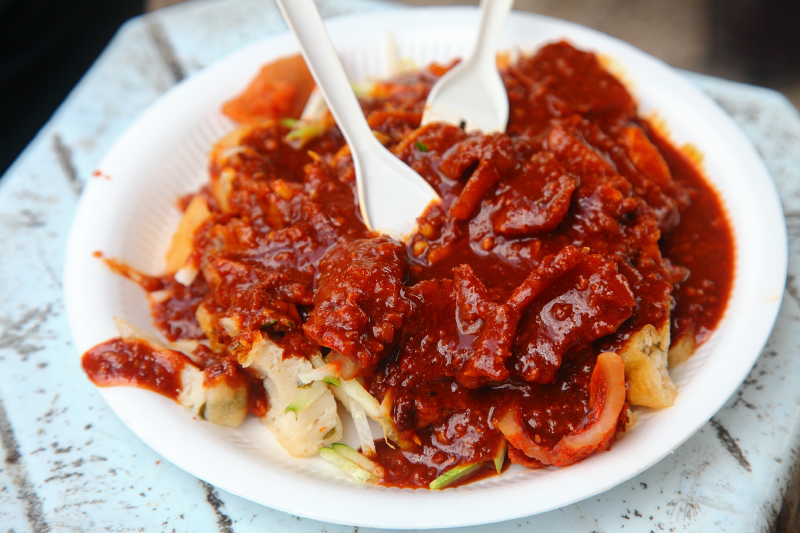 The rojak sauce is thick with a deep red colour. Taste wise it was not bad and should suit those who like their rojak slightly sweet. The ingredients used were pretty standard and nothing really stood out, unlike Rojak Siti which had great coconut fritters that made the difference. 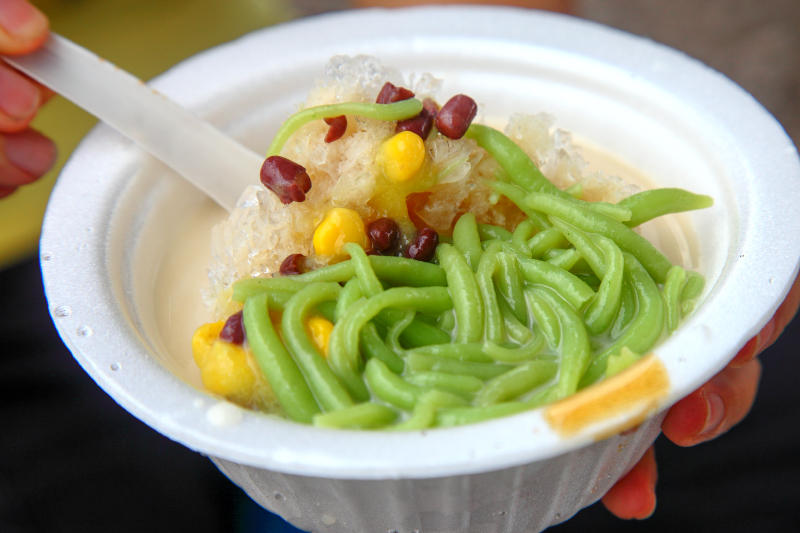 If my memory serves me right, a bowl of cendol here was RM2. It’s not exactly great, but good enough to be enjoyed on a hot afternoon. 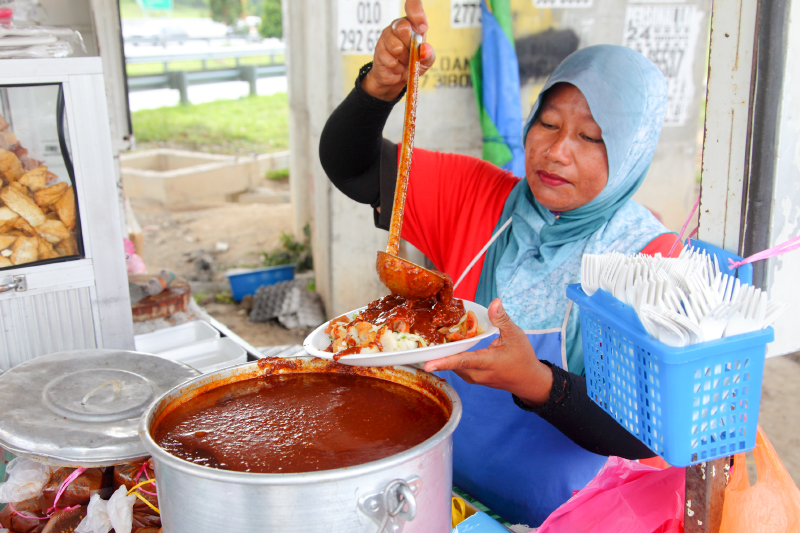 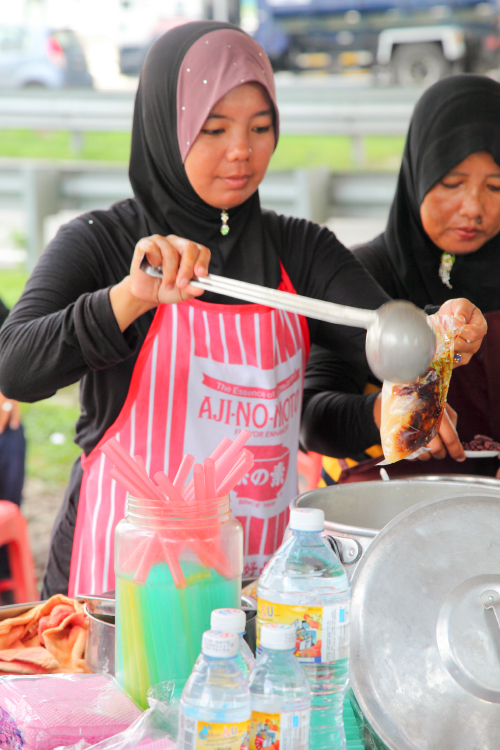 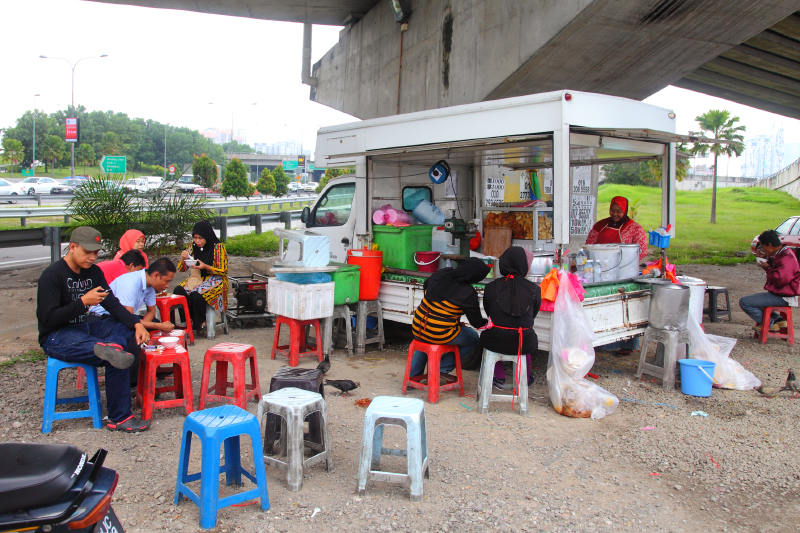 As with any mobile food business, their operating days and hours are highly dependant on many factors. But you could expect to see them almost daily from 11am onwards, usually until 5pm or sold out – whichever comes first. 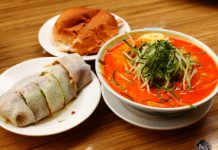