When people mention rojak (we Penangites call it pasembur) in Kepong, they usually recommend the famous one at durian street near the Sunday pasar malam.
But I strongly believed that Kepong has more than 1 nice rojak to offer and I am glad I found another that is worth recommending. The one I am referring to is called Rojak Siti and they have been operating their nondescript food van around SMK Menjalara for 12 years now. 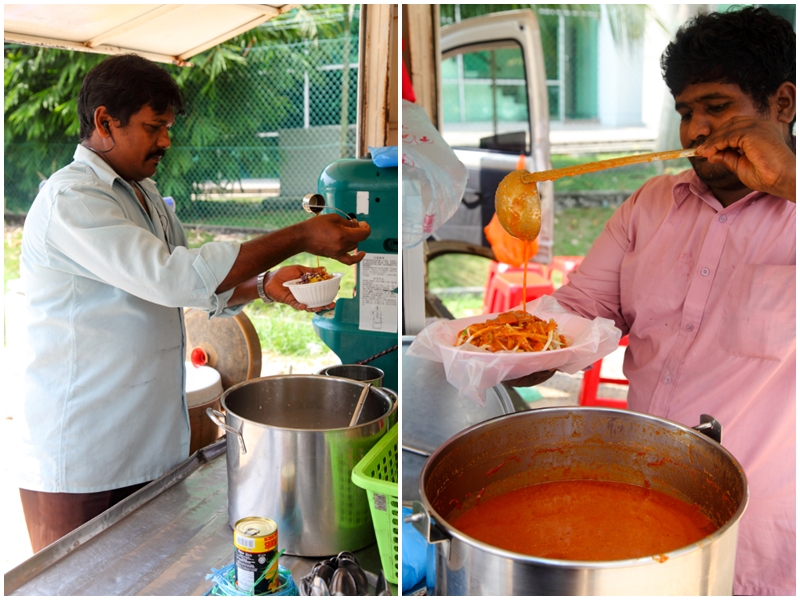 A team of three operate the food van – each of them having their own role of preparing the rojak, making cendol, packing and delivering the food. 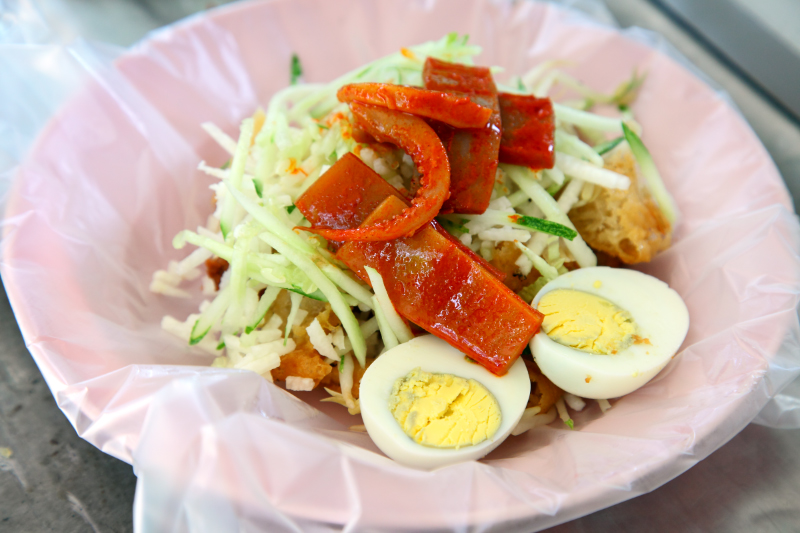 The ingredients used for the rojak here are standard and similar with the others, but there is something special about the fried coconut. It was simply delicious and imparted an aromatic coconut flavour which elevated the rojak to a different level compared to the others.
They are so good that some customers would order a serving of rojak with nothing but just pieces of the fried coconut. A normal portion of rojak with sambal sotong here cost RM6 – reasonable considering the generous amount of toppings and it’s pretty much the median price in KL anyway. 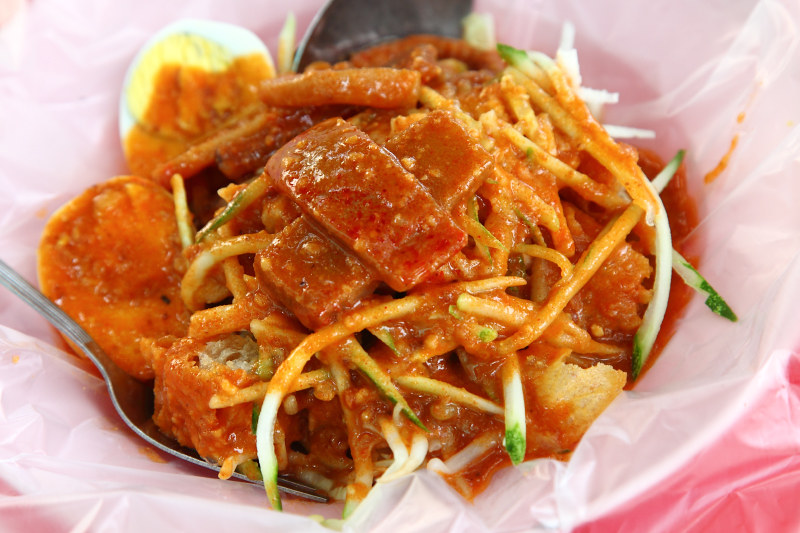 Another thing I noticed about the rojak here is that the gravy is not that thick. But don’t let that fool you into thinking it would taste diluted because it’s actually quite tasty. As for the spiciness, it was quite mild since the perfectly cooked sambal sotong was the only ingredient that lent a spicy kick to the rojak.
Personally, I prefer this stall than the queuing one at Kepong Baru because the gravy does not taste overly sweet (especially after the son had taken over). Plus, the fried coconut pieces really added depth and aroma to the rojak rendering it more interesting to the palate. 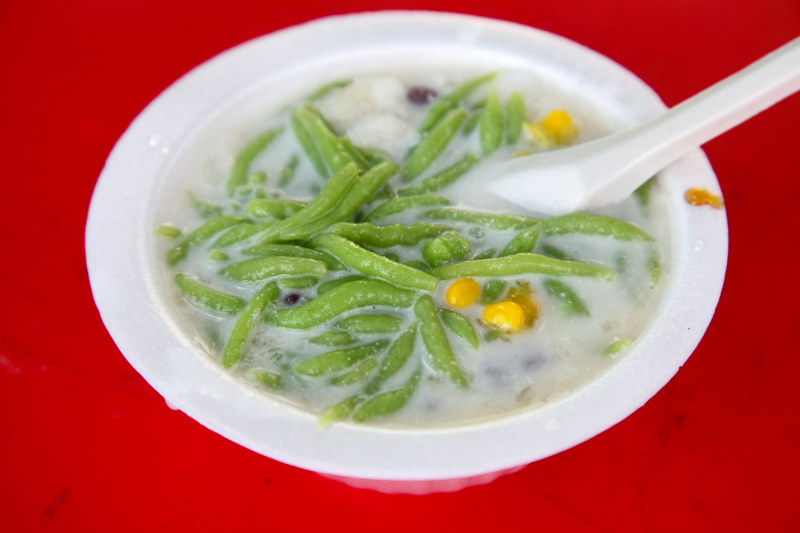 The cendol was not bad too. The shaved ice was fine enough for a melt-in-your-mouth texture while the santan was refreshingly fragrant. Can’t really complain for RM1.80. 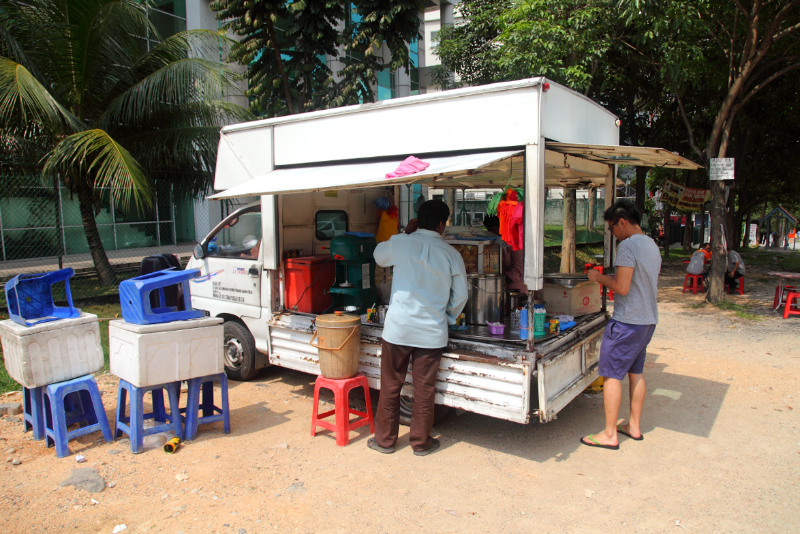 Most customers take away but there are a few tables and plenty of chairs for those who want to eat under the natural shade of trees. The surrounding is quite clean for a food van and there’s not single fly was spotted based on my multiple visits here so far.