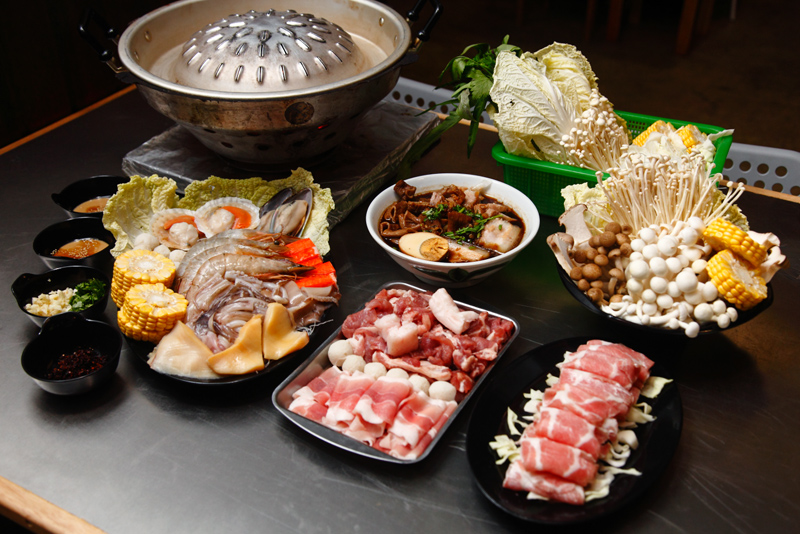 Impressed with the food at Senthai & Mookata, we returned shortly the next day to try their Thai barbecue and steamboat. But let me preface by saying that both their mookata and steamboat are excellent (as we hoped) and the ingredients served were high quality and fresh. So even though their price is slightly higher than the alternatives, you get what you pay for. 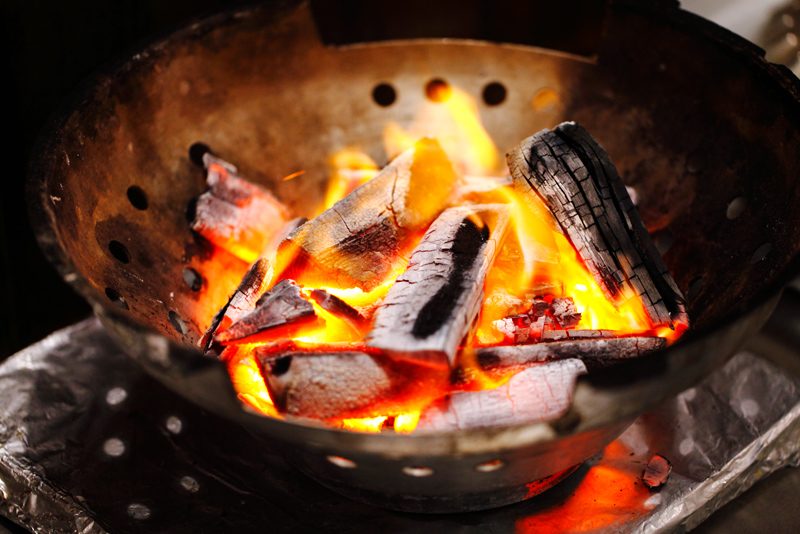 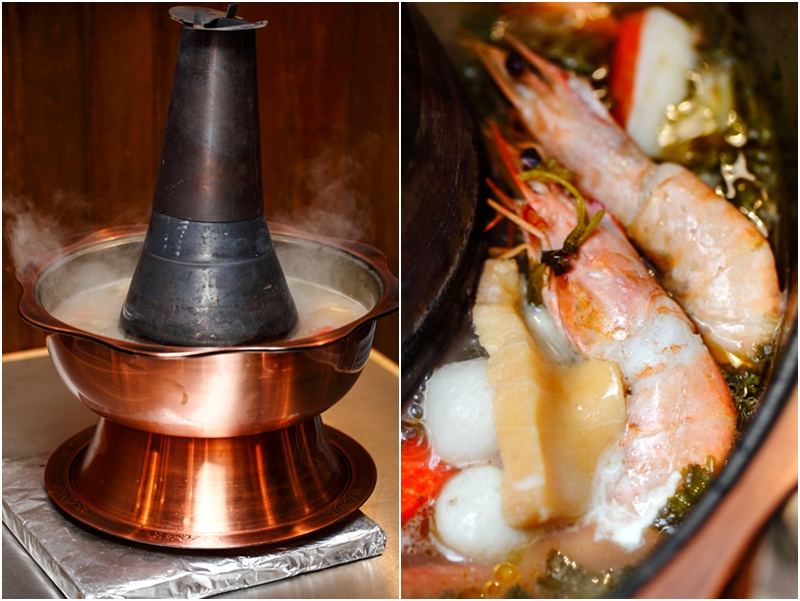 To keep the tradition alive, charcoal is used as the heat source and also to impart extra flavor into the meat. For steamboat, the food is cooked in a copper hot pot that took no time to get the soup hot and boiling.
Pork bone soup @ RM17 was recommended to us, as it’s prepared using the chef’s Thai-influenced secret recipe. The taste is actually quite similar to tom yum, minus the intense acidity and spiciness and a lot more aromatic. 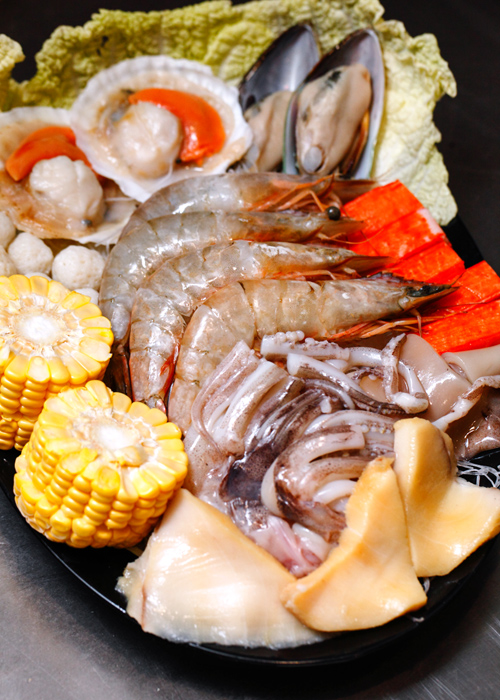 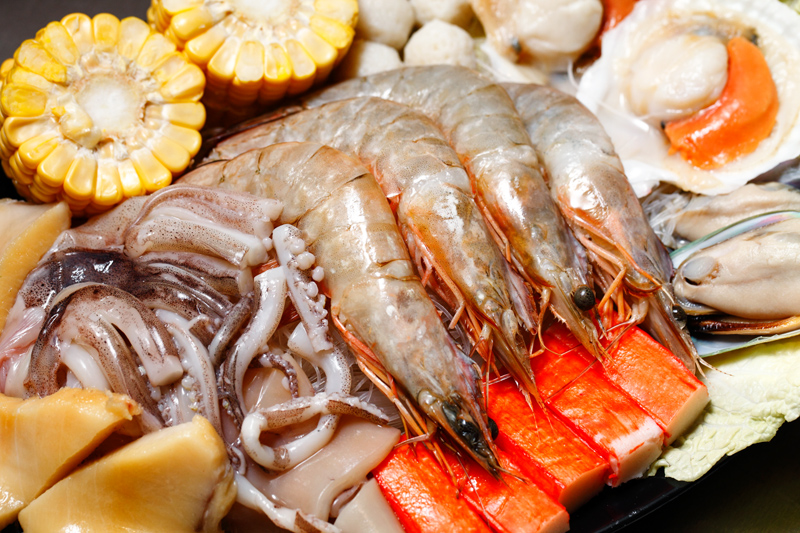 This is their Seafood Set for 2 pax @ RM58. As you can see, the set consists of mostly real seafood (prawns, scallops, mussels, abalone & squid) except for a couple of imitation crabsticks and some meat balls. Also included in the set is a bundle of vermicelli noodle, hidden underneath the seafood. 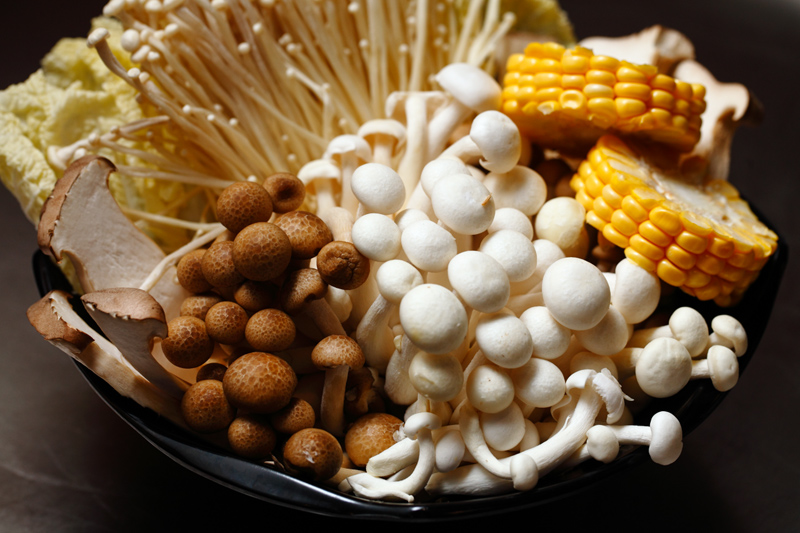 Other ala carte items you can add include mushroom, meat slices and seafood. In fact, there aren’t many processed food available in the menu. 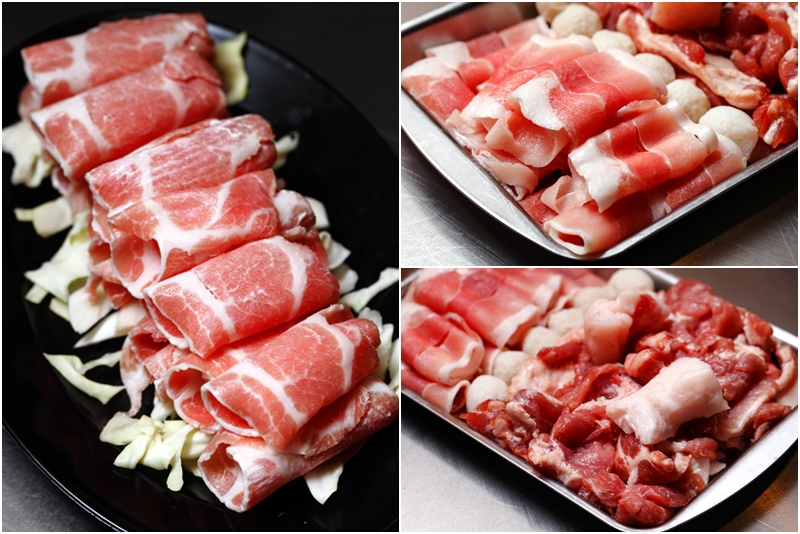 Meat wise, you won’t go wrong with pork shoulder slice and meat – both also priced at RM15 each. The portion of meat you get is quite a lot and perhaps more importantly, the cuts are selected to have a balanced meat and fat ratio. So as long as you cook them right, regardless of grilling or boiling; they will taste nice and tender. 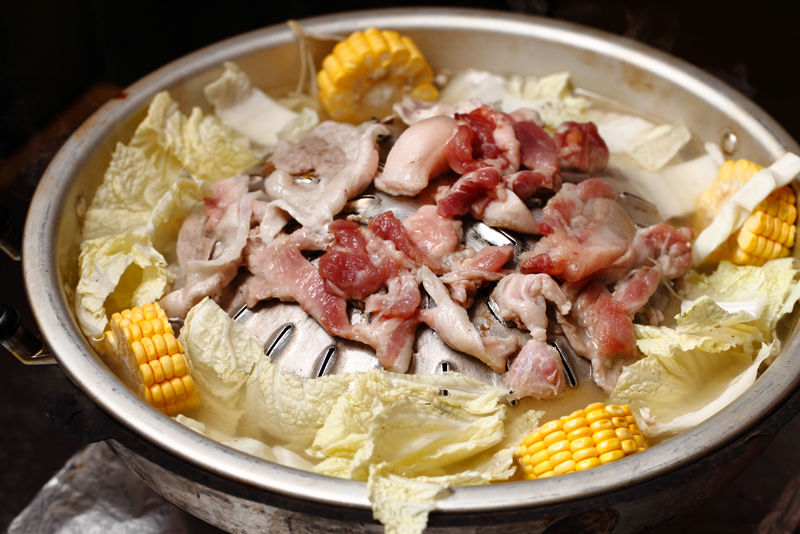 Senthai & Mookata’s homemade dipping sauces are also brilliantly made to go with the food. To count, they have three different sauces meant for different types of meat.
What really stood out was their sesame sauce. It’s rich, smooth, creamy and the spiciness can be personalized by mixing in your desired amount of dried chili flakes. 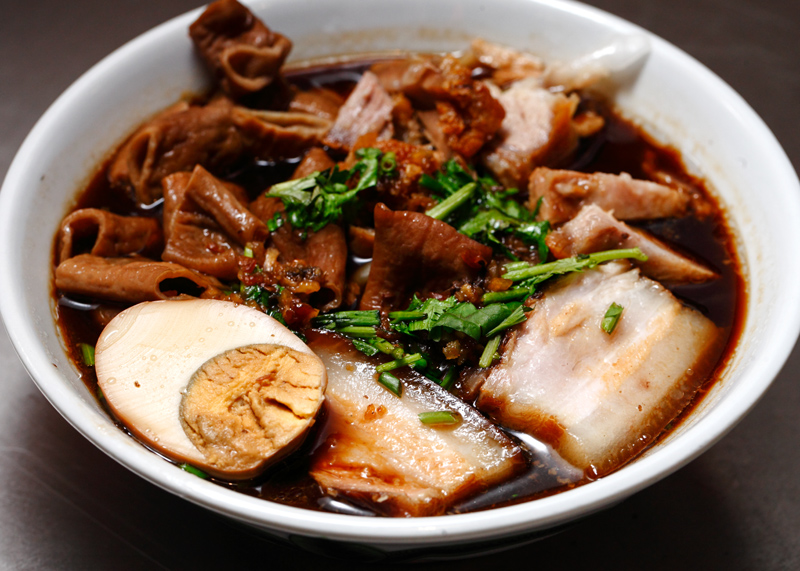 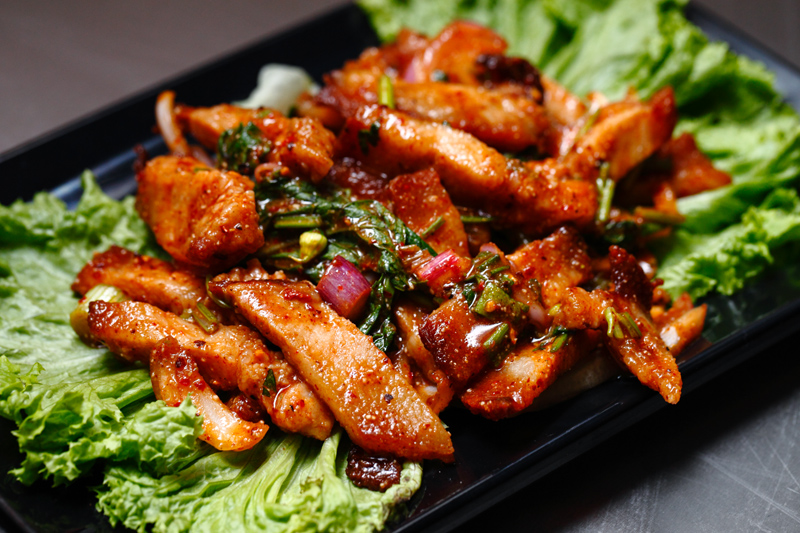 We were also tempted by the owners to try other dishes such as Thai style Kway Chap (thin rice noodles in gravy soup) @ RM15.90 and Grilled Pork Neck Salad @ RM16.90.
I already knew the grilled pork salad was going to be great, but I was skeptical about the Kway Chap. As it turned out, the Kway Chap was really good and the scrumptious pork belly slices were simply joy to eat. 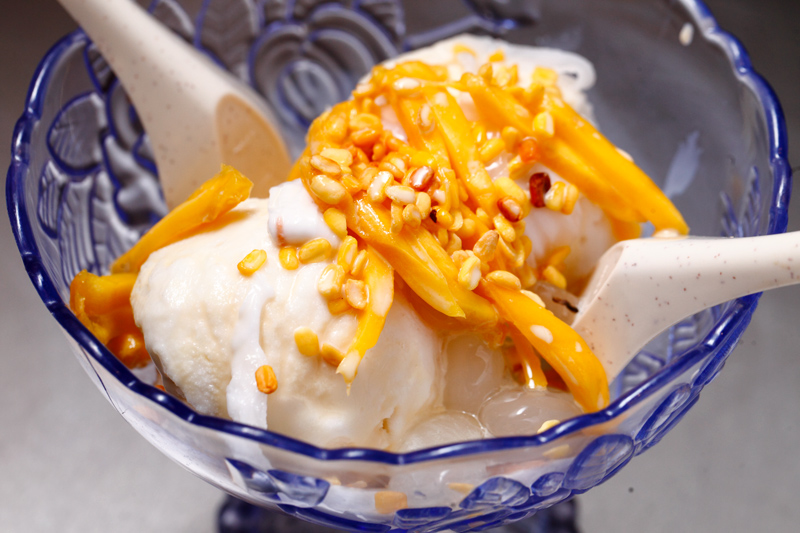 Lastly, we had a serving of Coconut Milk Ice Cream (RM12) to share. It’s enjoyable alright, but probably won’t beat what you get at Sangkaya. 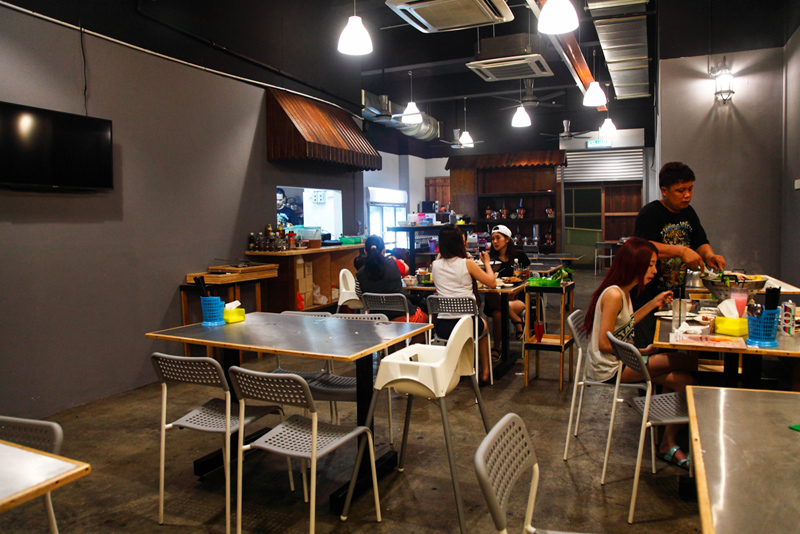 It’s pretty obvious that I adore the food at Senthai & Mookata. So if there’s anything stopping them from becoming a success, I think that’d be their decor.
Currently, it’s just not ‘hip’ or attractive enough to attract new customers. But once you’ve convinced yourself to have a meal here, I am pretty sure you will be a regular.