Although it’s not uncommon for the Malays to cook Chinese-style dishes, it’s quite a challenge to find one that does it well and proper. What’s more important, the halal dishes should taste similar to its non-halal counterpart without altering too many components.
Seri Banjar Ikan Bakar located at the Medan Selera MPS is one of places where you could find some best of the both worlds under one roof. Seafood dishes are predominantly served here with grilled fish being the main offering. You will also spot some familiar names in the menu such as Kam Hiong Lala and Kailan in oyster sauce. 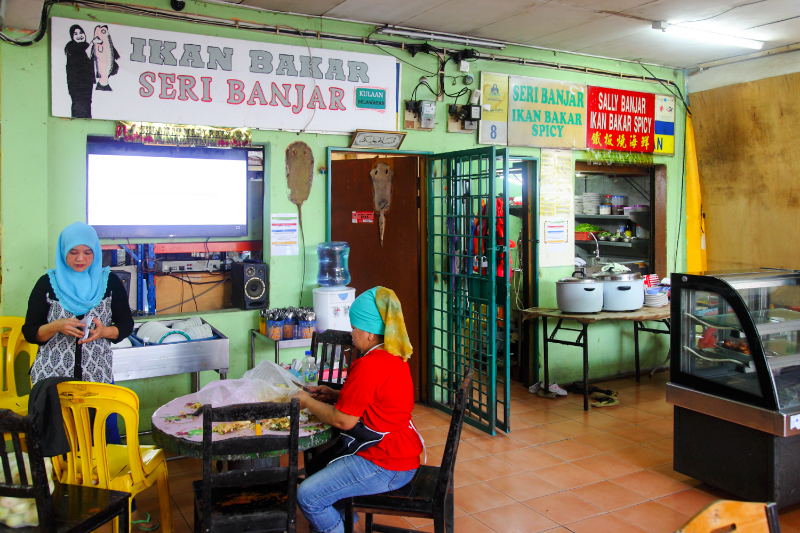 Dead or stale fish is not welcomed at Seri Banjar and they make it very clear on the menu’s cover. So it’s good to know that freshness is of the utmost importance. For the ikan bakar alone you could choose from more than half a dozen types of fish like stingray (pari), ikan ayam, merah, keli, bawal hitam or mas, kembung etc. Each fish has their own price ranging from RM4 to RM5 per 100g. 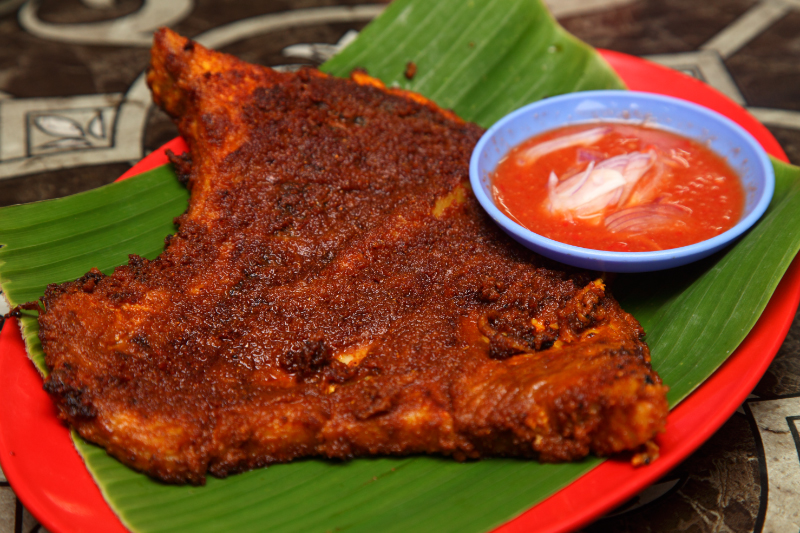 We chose the isi pari (stingray flesh) @ RM15 (about 300g) and like the name says, the cut was fleshy and did not have much of the annoying cartilaginous bones. The fish was smothered in a thick layer of their home-made spice paste.
From what I saw it was not a marinade as they only dipped the fish into the sauce before grilling it on a banana leaf. The paste had a mild spiciness and could taste quite salty if you eat it as it is. But we remedied it simply by scraping some of the paste off the fish. Simple as that. 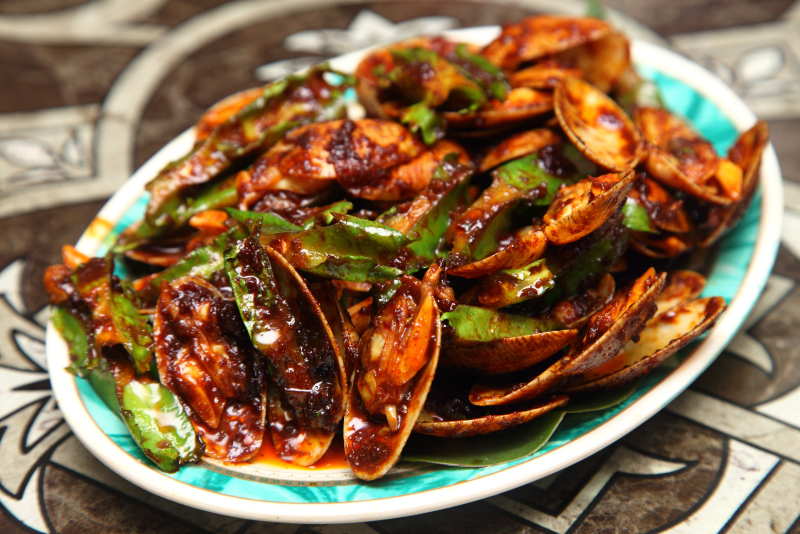 A tip here. If you are not too particular, you could probably do without ordering a separate veggie dish because some of the seafood dishes are already prepared with ample four angled beans. The Kam Hiong Lala @ RM10 (small) was well cooked despite missing a prominent ingredient: dried shrimps – at least from the looks of it. But it was definitely enjoyable. The lala was plump and fresh and they got the flavour right. 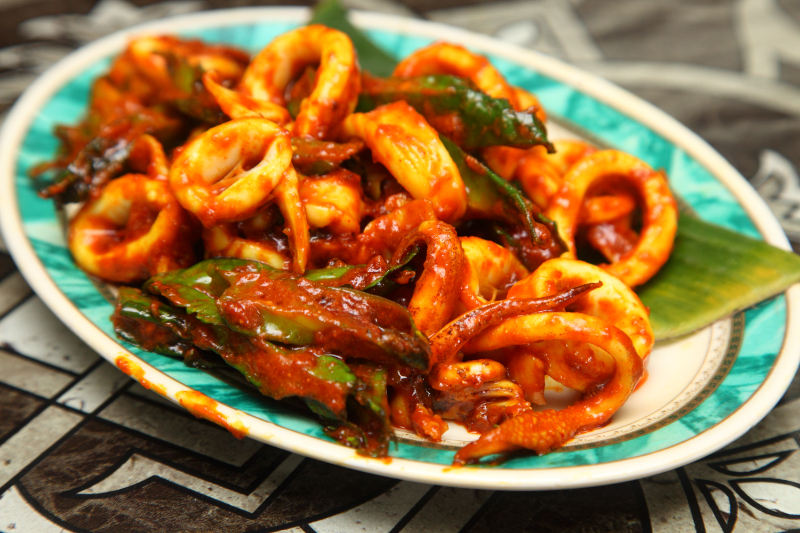 The Curry Sotong @ RM10 was a minor let down, as it tasted mainly of curry powder and nothing else. In Chinese restaurant this would be known as the dried-curry style, so I guess we were misled by its name. Luckily the calamari was super fresh and nicely cooked to a succulent tenderness. 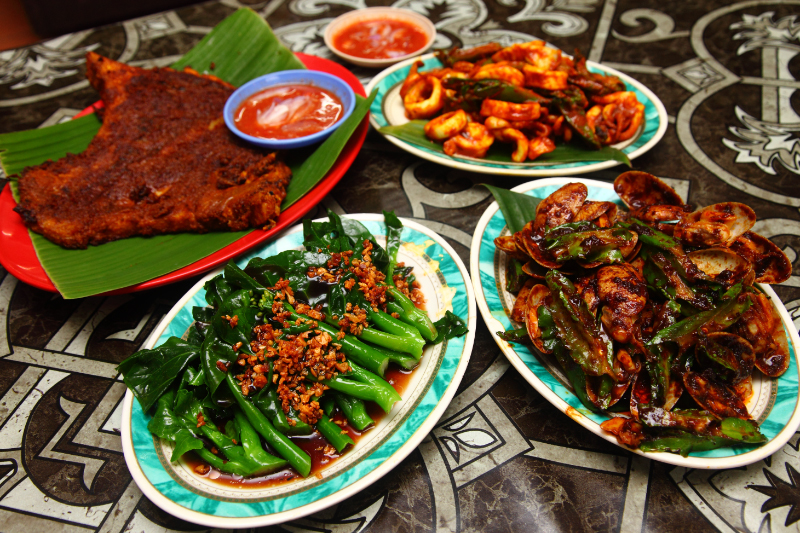 Our ikan bakar dinner came up to a total of RM45.60 which included also a very delicious kailan (in oyster sauce) and rice for two. I don’t know about you but I felt the price was fair and we were stuffed at the end of the meal. In retrospect, we could have done without the curry sotong and cut the overall damage by a little less than a quarter. 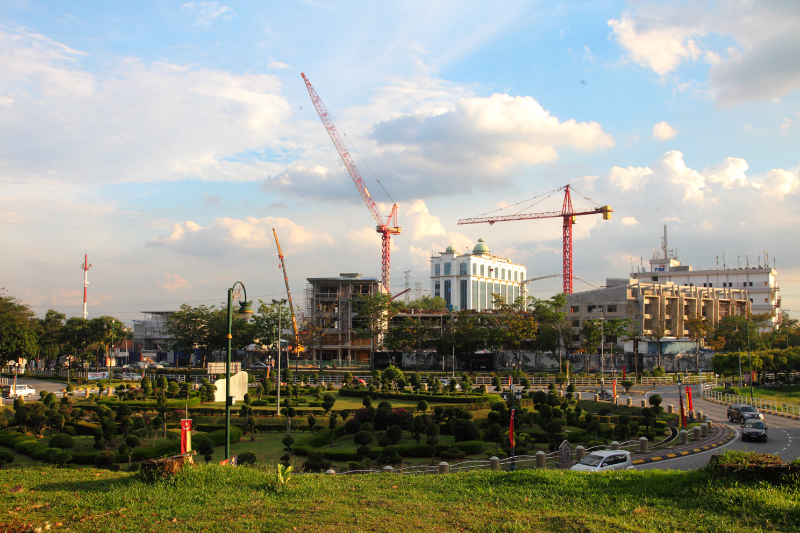 Also, check out the view from the food court. Once the cranes are gone I bet it will look a lot better.