I have probably said this a few times before but I am going to repeat it again. If you are a Char Koay Teow (CKT) lover and planning on visiting Penang soon, do yourself a favour and try the Malay version as well. It is also referred to as Koay Teow basah, as it does have a wet appearance due to the gravy.
Do keep in mind though, that this is not a Halal version of the Chinese CKT. The ingredients might seem similar but the preparation style and taste are totally different.
And of course this kind of CKT could also be found in KL. But having tried quite a few of them, I got to say they are still a far cry from the best. 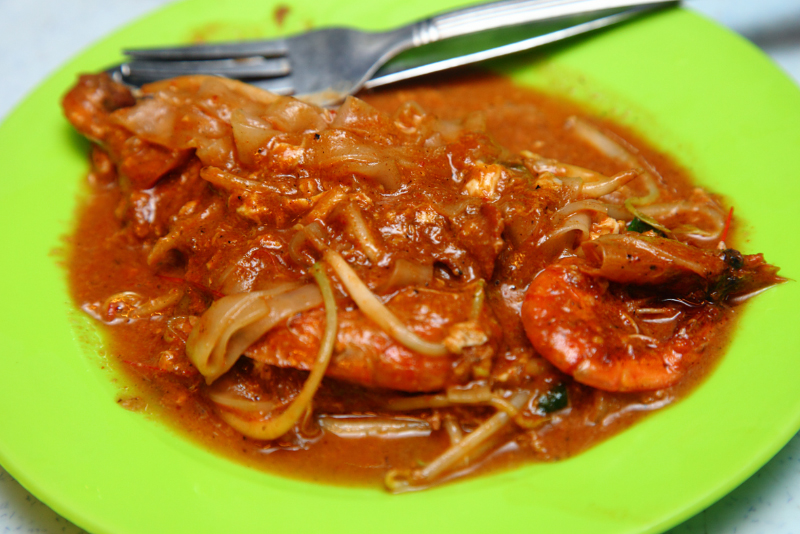 For some reasons this dish is more popular and easily available at the mainland side of Penang eg. Bukit Mertajam, Butterworth and Seberang Jaya. Each town I mentioned has its own CKT stalls and restaurants with their own following of customers.
The latest CKT I tried was located at Jalan Sungai Dua at Butterworth. Besides dishing out great CKT, they are also known for washing the chicken eggs prior to cooking hence their ‘telur di basuh’ tagline.
There are three versions of CKT you could try here: biasa (RM4.50) , besar (RM5) and special (RM5.50). The biasa one shown above is more of snack portion but should be satisfying enough for the ladies. It has only a handful of noodles with a few prawns and cockles. 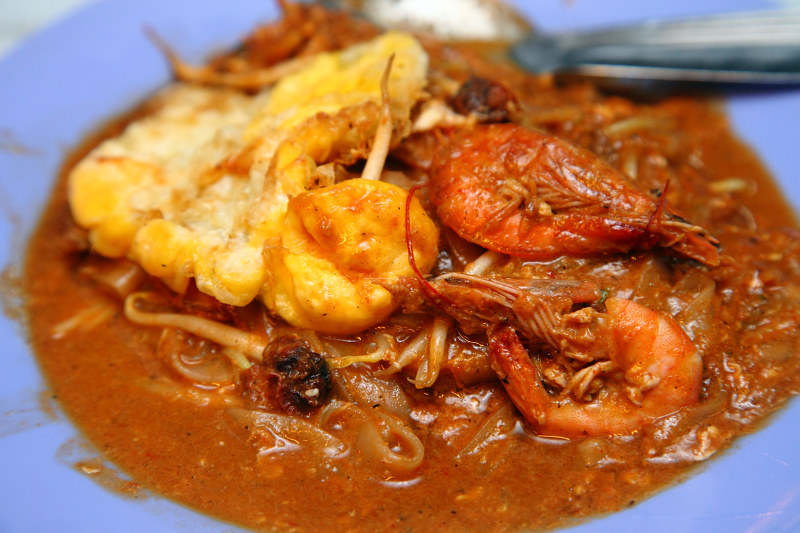 I always go for the special version which has a more generous serving of seafood and topped off with a fried egg. The extra RM1 is worth paying for if you ask me.
It will not win any awards for presentation but I assure you it tasted really delicious. The flavour is mainly sweet and savoury derived from the cooked prawns, complete with a whiff of fragrance from the added eggs. But the secret ingredient to a really good CKT is the secret ‘kicap’ that goes into it – instead of the chef or his skills and experience. 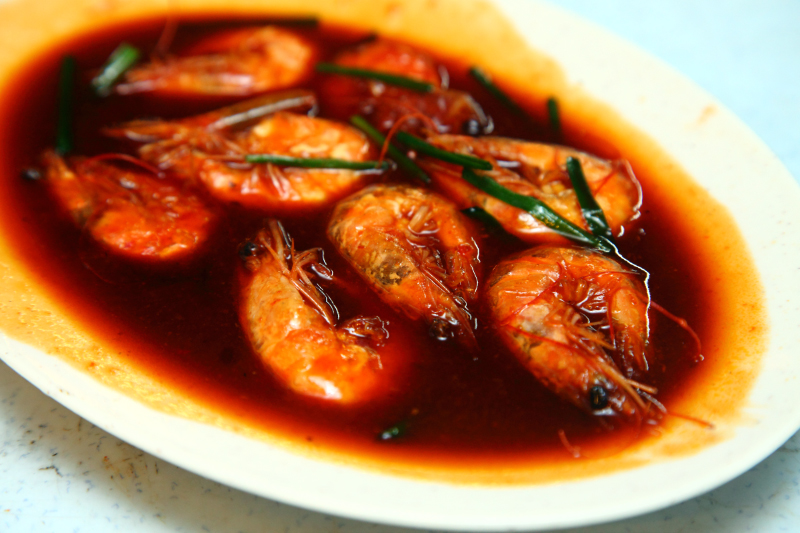 Among the many CKT stalls I have been to, this was the only one that offered fried prawns alone. I gave it a try purely out of curiosity and found that the sauce had a more intense flavour. However, I won’t be ordering it again since it cost RM7 per plate. I’d rather have another serving of their special CKT. 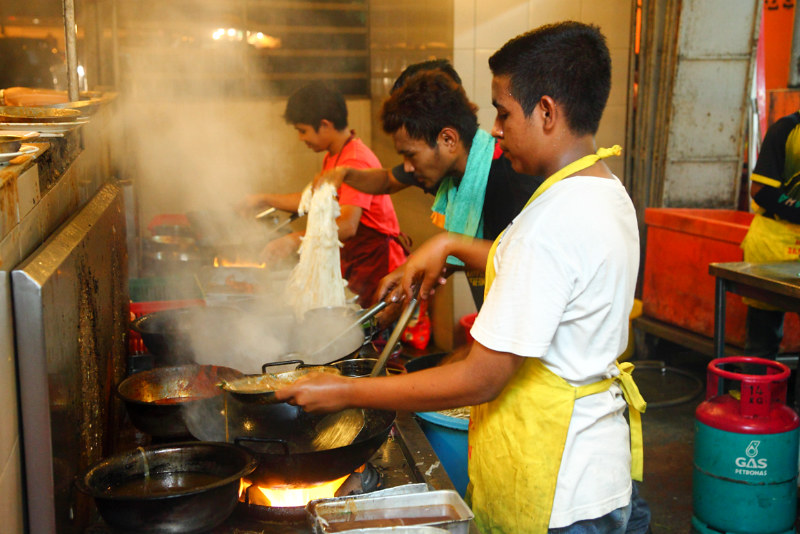 With four chefs at work, plats of CKT literally fly out of the kitchen. So it won’t take long for your orders to arrive. Ordering your food, on the other hand could be a tricky and somewhat unfriendly experience. 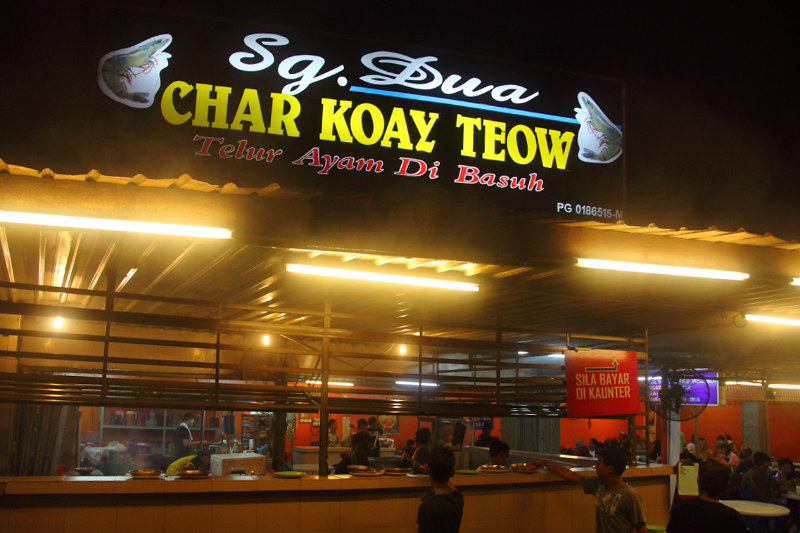 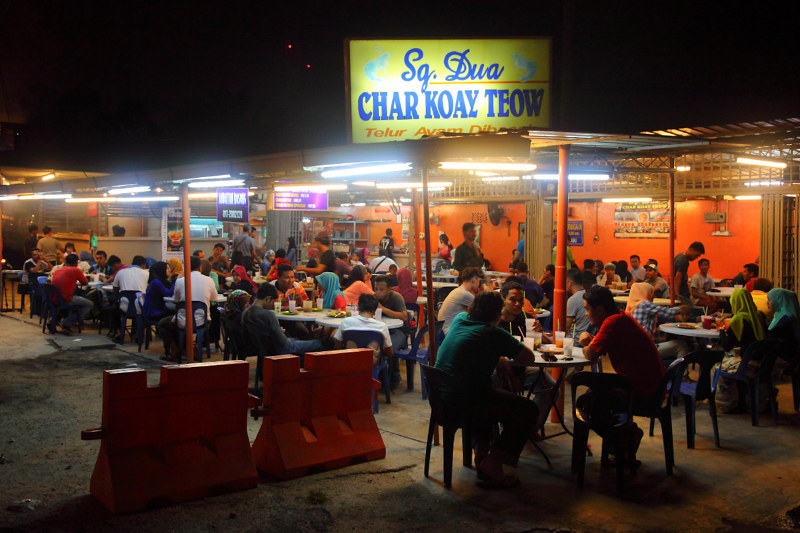 Besides Sg Dua, you could also find this variant of CKT at Alma, Bukit Mertajam and Seberang Jaya. All of them are equally good with only a marginal difference. 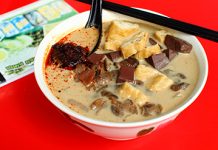 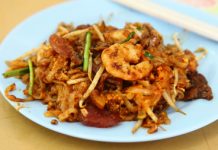