There is no shortage of good restaurants at Damansara Heights. The challenging part is to look for one where you can get nice, filling meal that also fits the average salary-man’s budget. Cue the opening of Sikit Atas (replacing Nerofico) – a casual dining restaurant that aims to serve hearty yet wallet friendly meals.
Like the name “Sikit Atas” suggests, you could find slightly higher standards of ingredients and food preparation method here compared to other restaurants of similar price range. 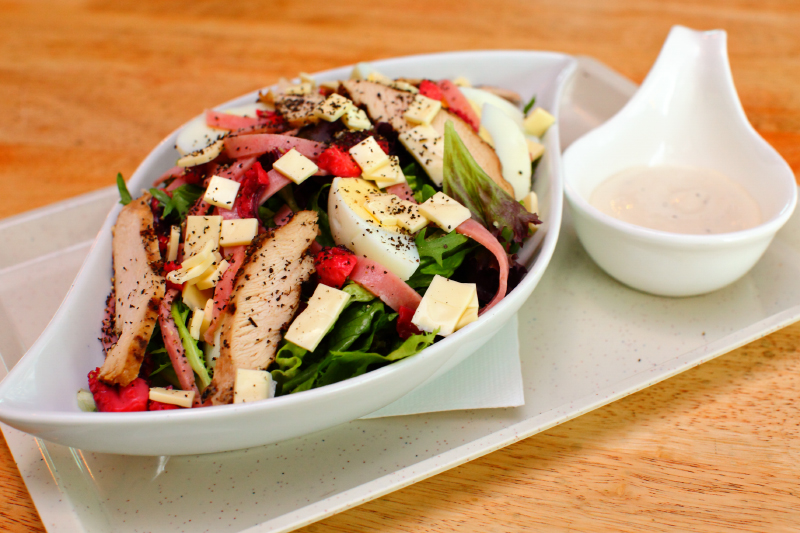 Besides the usual Asian and Western menu, Sikit Atas also offers Northern Indian cuisine to cater to the expats working nearby. So expect to see interesting fusion dishes such as Chicken Tikka pizza and Prawn n Curry Leafs pasta, just to name a few.
We started off with a scrumptious looking Chef’s Last Minute Salad @ RM18 consisting of a mesclun mix (assorted young salad leaves), roasted chicken, cheese, seasoned octopus (similar to Chuka Idako), strips of turkey ham and quartered boiled eggs.
The salad’s large portion with its generous garnishing make it possible to be shared between two people or more. It could even work as a main course for one since it has everything you need in a well-balanced meal. For me, what really separated this salad from the rest is the chef’s special Caesar dressing. It just tasted right and made everything come together perfectly. 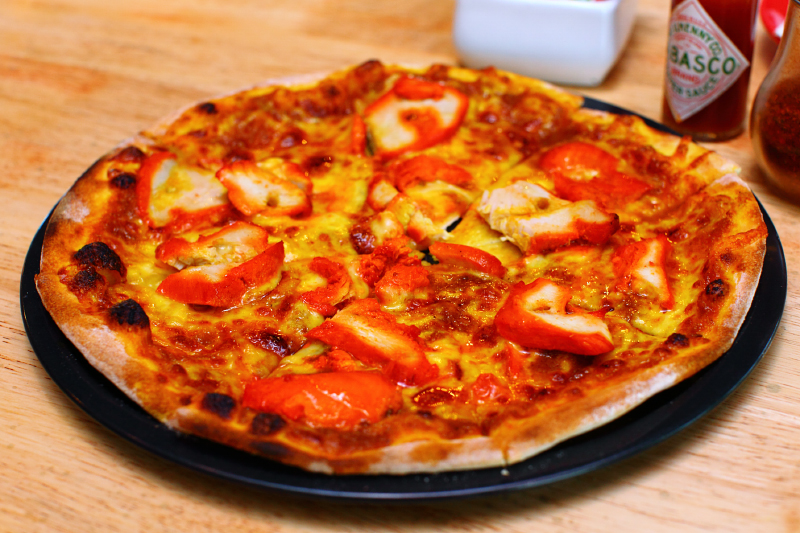 Sikit Atas’ pizzas are baked using the traditional wood-fired oven for that desirable crispy on the outside, fluffy on the inside texture. The Chicken Tikka Pizza @ RM20 (small) is their signature pizza and came highly recommended by the management.
Well, I could certainly see why. This marriage of Indian and Italian might seem unusual at first but it definitely worked. It almost felt like having a crispy naan with chicken tikka, but with a cheesy onion flavour. 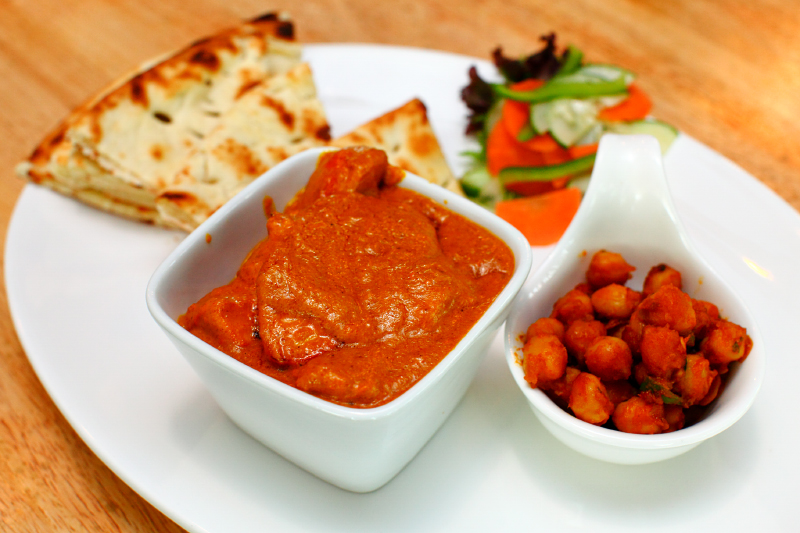 On hindsight – I would’ve ordered something else other than another flour-based food. But we did not regret trying the Chicken Makhanwala (with chickpea curry) @ RM24 – a rich and creamy curry-like dish that’s very mild in spiciness.
So if you prefer spicy food then this might not appeal to you, as there are other spicier options in the menu. That being said, the flavour of this dish was so good that we couldn’t resist drinking the gravy like it was some kind of thick soup. 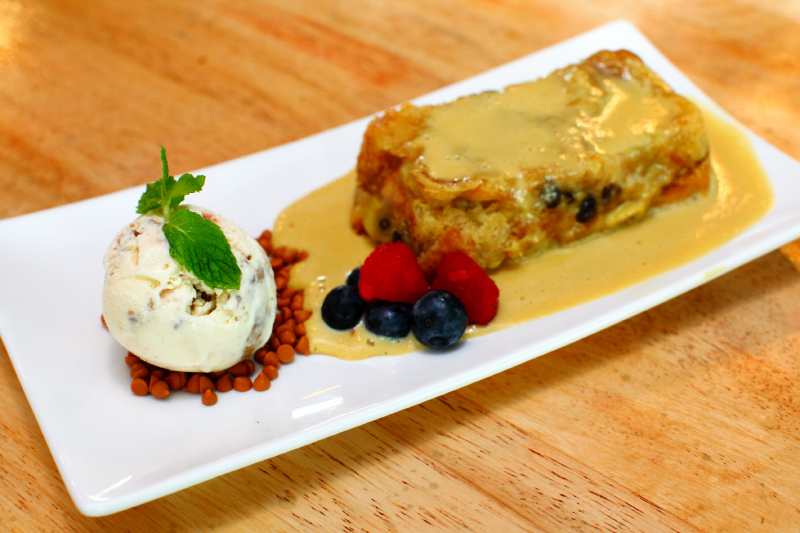 If you like desserts, you’d be overloaded with choices because there’s a full page dedicated to it. Price wise, the desserts are definitely affordable and reasonable because the most expensive one is the Classic Bread Butter Pudding (shown above) @ RM16, while the rest hover around RM10 to RM13. Even more so when you consider the fact that some desserts are served with Haagen Dazs ice cream.
It is also worth noting that all the desserts and cakes available at Sikit Atas are made in-house instead of sourcing them from other bakeries. 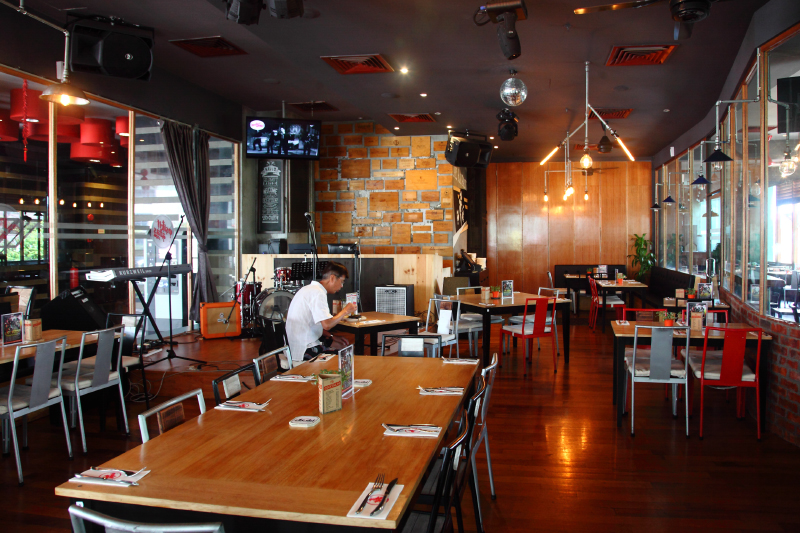 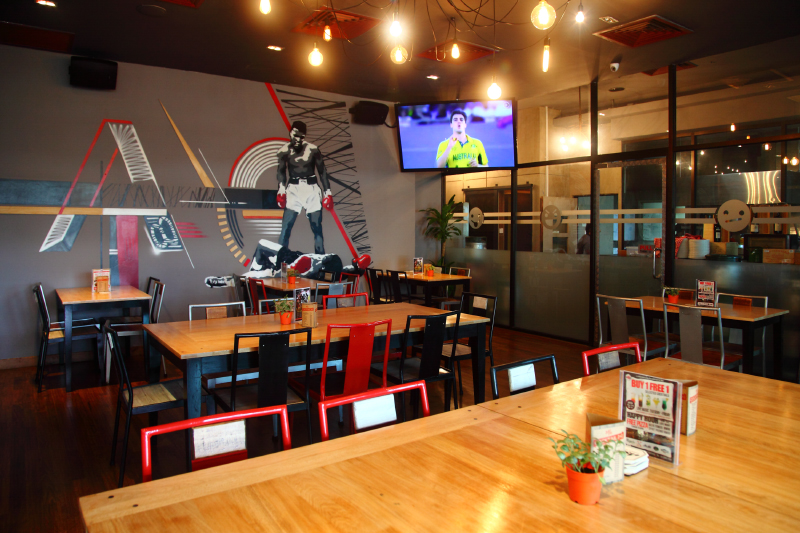 The ambiance at Sikit Atas could be summarized as sports bar meets music lounge in an open dining space. The design also allows for plenty of natural light that accentuates the warmth of this modern yet classic restaurant. 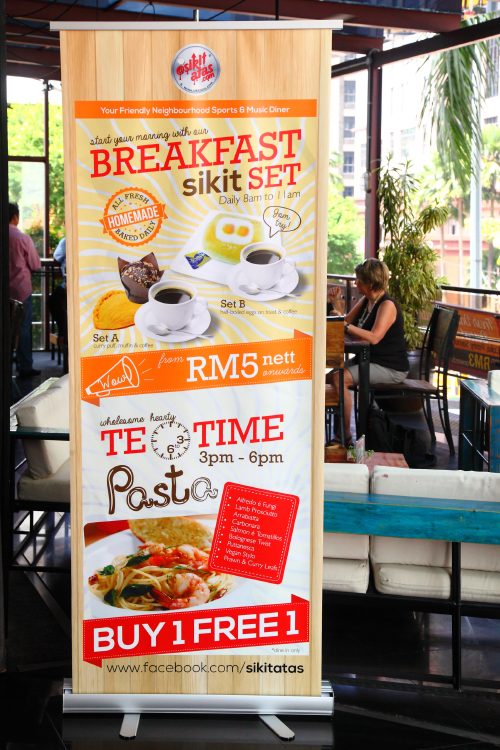 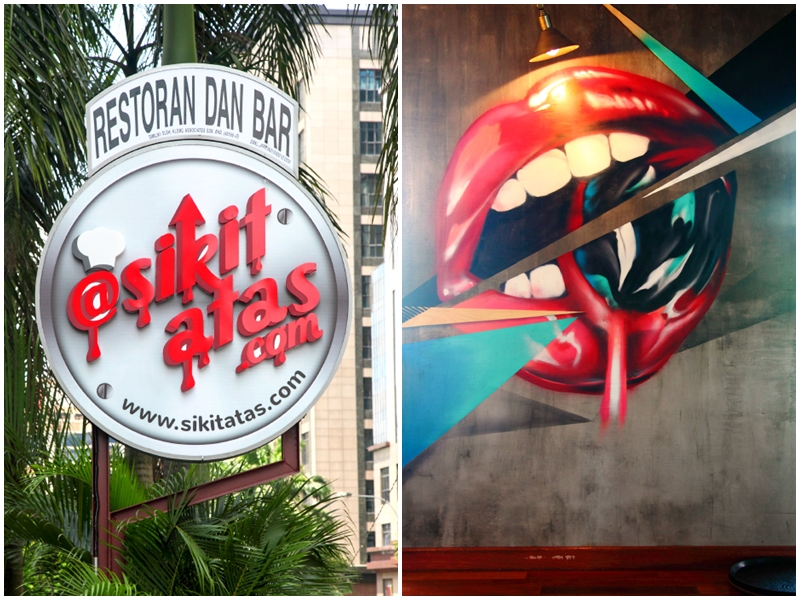 Currently, there are many promotions going on that seem really irresistible from buy 1 free 1 pasta to free coffee (freshly brewed Grand Milano) for more than RM10 spent on desserts. So head on to their Facebook page to get the latest scoop on their promotions. I don’t think I will be able to list all of them here.