Plaza Arkadia is the latest F&B spot in Desa Park City that has been well received by its residents and people who live nearby. Although it has plenty of drinking establishments, it’s still a family friendly place as most customers who patronize the place mainly come to hang out and mingle instead of getting wasted. 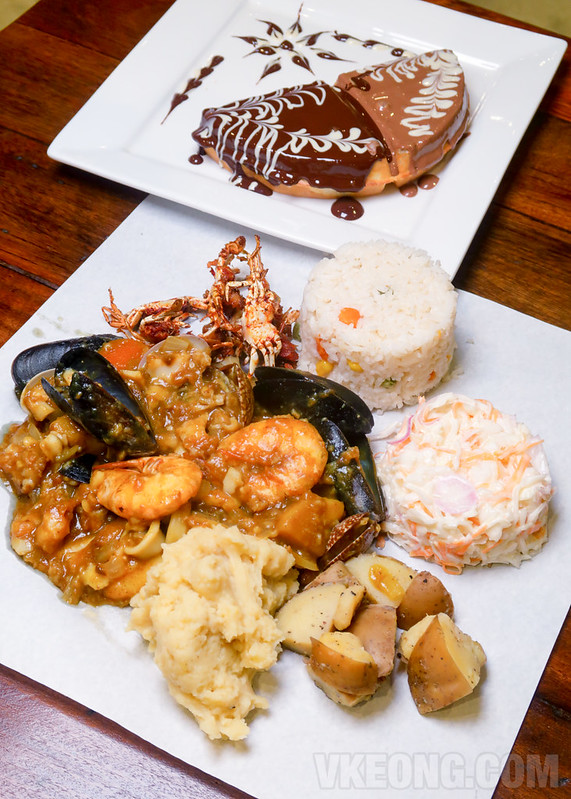 Despite the increasing number of restaurants available, only one of them specialize in desserts and that’s Sinful Seafood & Desserts. Recently, Sinful also added seafood and other snacks into their menu. 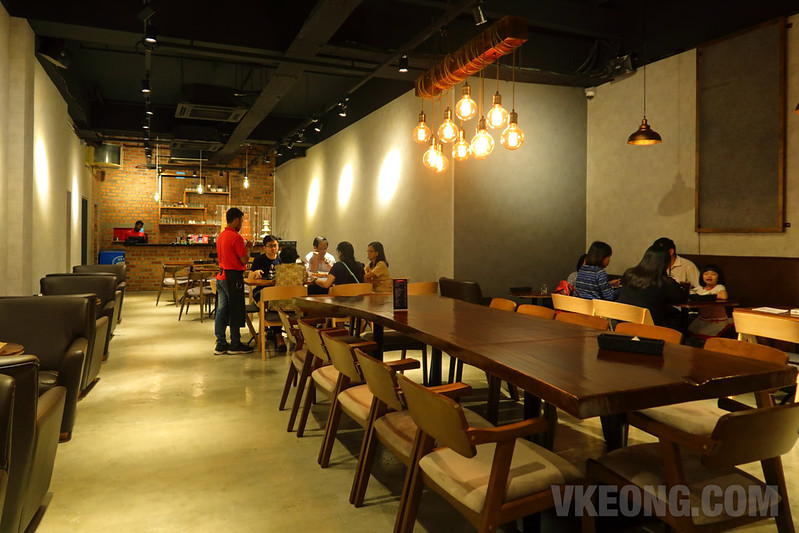 So you can expect to have seafood combo (commonly known as shell out) for mains then followed by a range of desserts prepared with Belgian chocolate. For their seafood combo, they all come in sets which include free flow of side dishes such as potatoes, mashed potatoes, coleslaw and fragrant rice. 6 types of flavor are available: Sinful Signature, BBQ, Garlic, Spicy & Sour, Honey Mustard and Curry.

What makes their seafood combo different from the rest is that they have opted to substitute the usual mud or flower crabs with fried baby crabs. Personally, I think that’s a good idea because it’s a lot more convenient to enjoy – all you need to do is pop them in your mouth! They are simply marinated in salt and turmeric so they have a savory and appetizing taste, pairs well with rice. 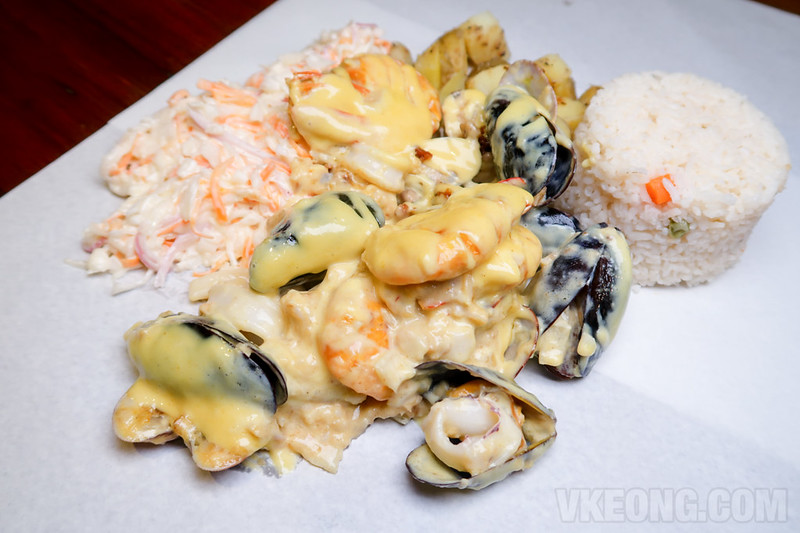 Among the three sauces that we tried, Sinful Signature (just a bit spicy) and Honey Mustard are highly recommended especially the latter. The curry sauce did not taste like the local curry we have come to expect, but more like a Japanese curry.

As for the seafood’s freshness, it’s not the absolute freshest we have ever had, but decent enough to be enjoyable. We liked the white prawns the most, they are easy to peel, firm and sweet. 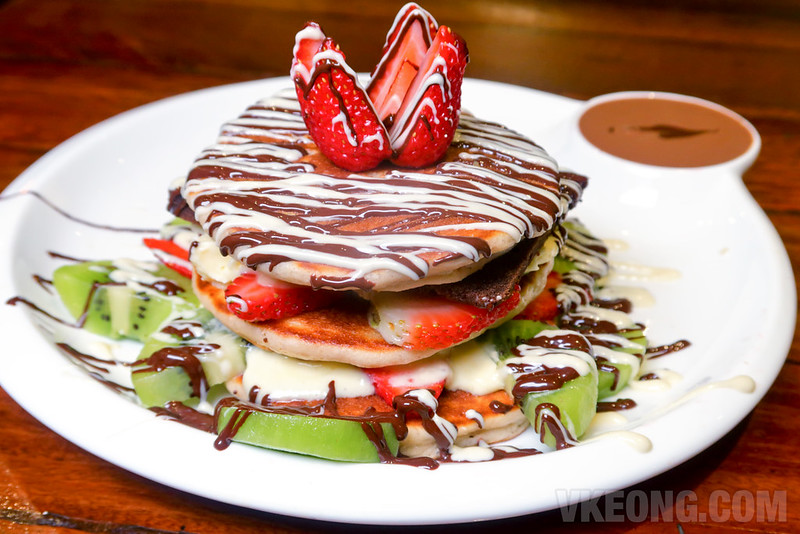 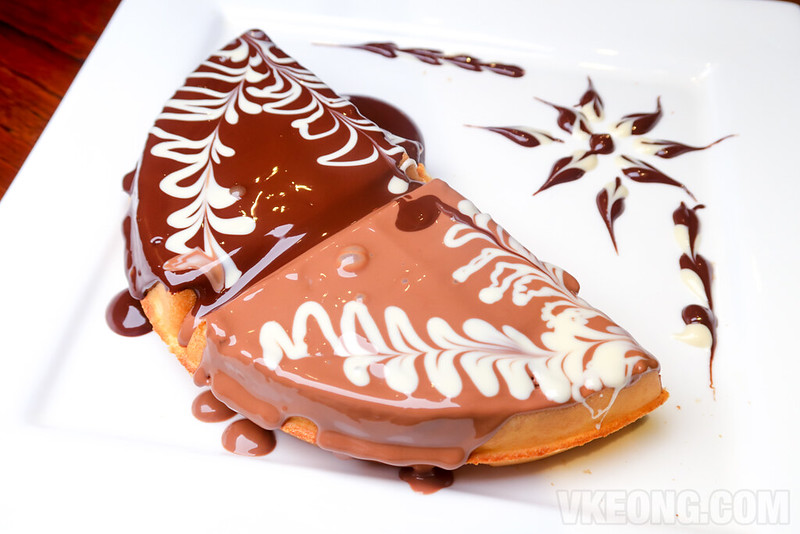 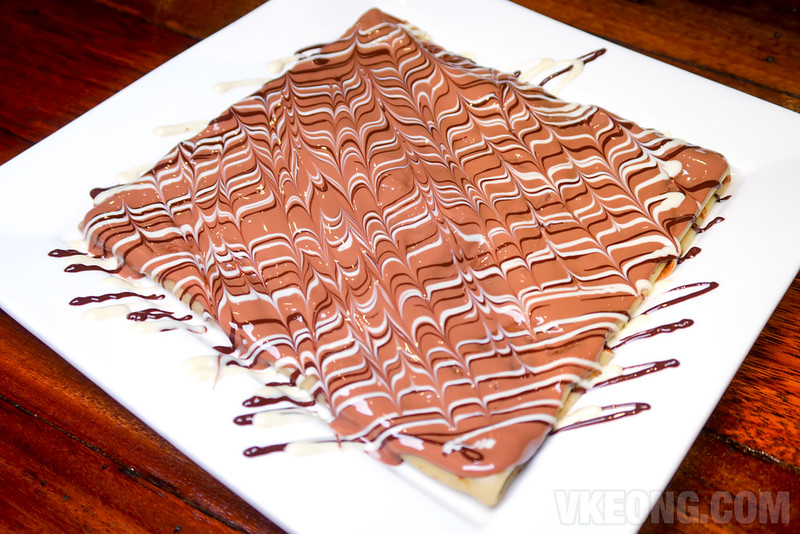 Dessert wise you won’t be disappointed with the ultra-chocolatey selections available. There are pancakes, crepes, waffles, cakes, fruits, sizzling brownies and others to choose from – all ranging between RM20 and RM30 a portion with portion size large enough to share among 2 to 3 pax. 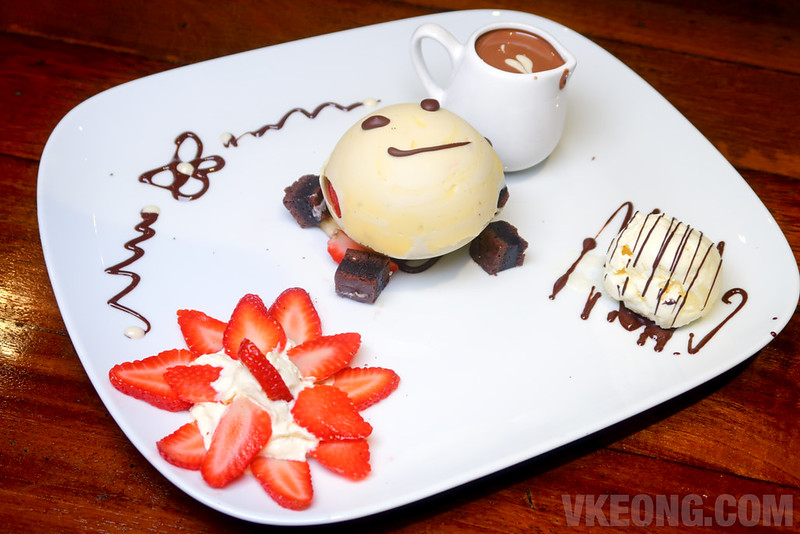 For something truly special, try the Chocolate Magic Ball @ RM29.50. Just pour the hot chocolate on top of the white chocolate ball to reveal the fruits and chocolate fudge fillings inside. 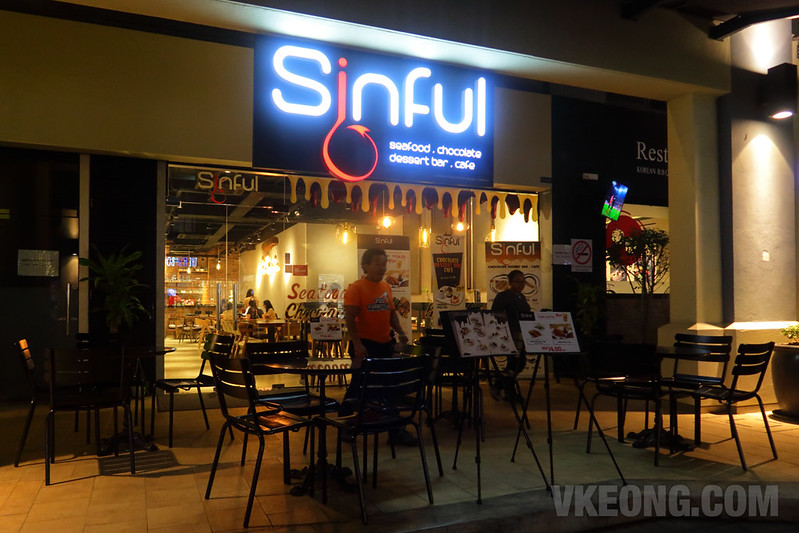 The lunch sets here are only RM14 inclusive of a drink, choose between seafood or chicken wings with rice. Kinda cheap with all things considered especially the area you’re in.