Blessed with cool nights all year round, it is not surprising to find dozens of steamboat restaurants in Cameron Highlands. So the question is, which do you choose? One of the worthy steamboat restaurants to try is definitely Cameron Organic Produce at Brinchang, where they serve self-grown organic (and certified) vegetables in their very affordable set menu. 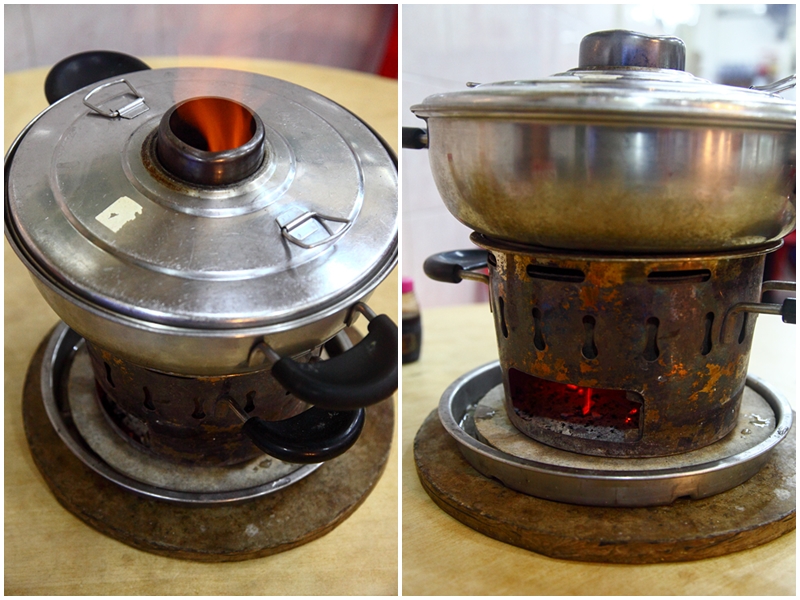 Here, traditional charcoal stoves are used as the heat source. The owners believe that charcoal powered stove imparts more depth to the flavour and aroma into the food. Well, I can’t honestly say that I could discern a difference in the taste – but the soup does get boiled faster hence reducing the waiting time for food to cook. 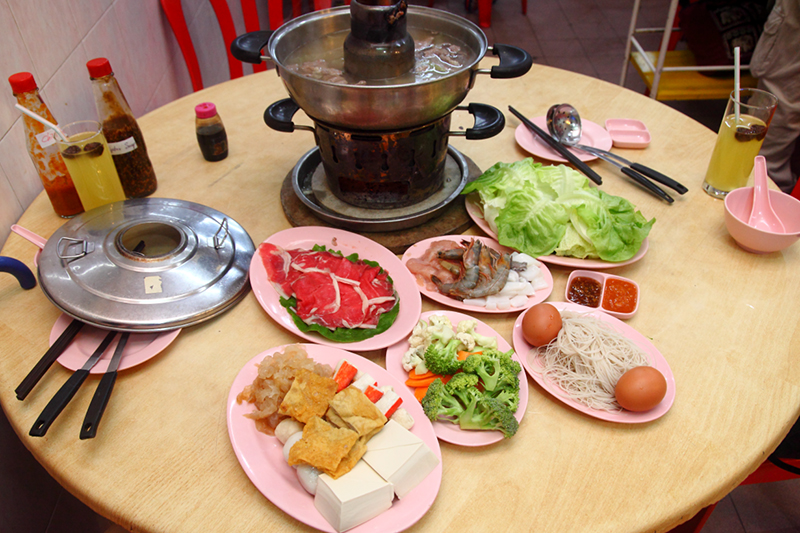 You are presented with just two choices of soup: either chicken or vegetable based and each comes with their own set of ingredients @ RM20. The chicken soup will have seafood and meat while the latter is obviously vegetarian but comes with additional mushrooms. No pork is served here. 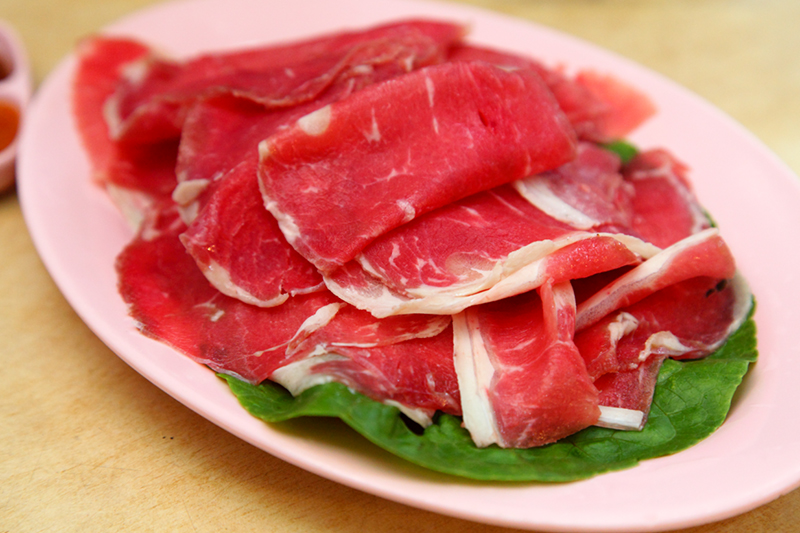 Beef slices are offered at RM6/100g, I think that is a more than reasonable price for the quality you get. I highly recommend getting this is an add on if you love meat. 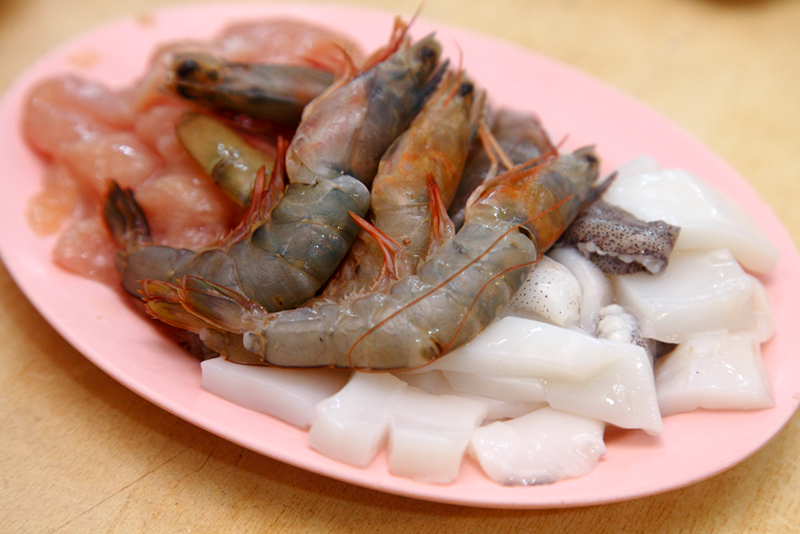 They are quite generous with the seafood and you actually get a couple of tiger prawns and a whole squid. If this was in KL you’d probably get only one prawn for each paying customer.
Anyway, based on other customers’ photos taken a few years back, I think they have cut back on the prawns’ size and what we got were actually much smaller ones. Nevertheless we were satisfied with the freshness of the seafood and that’s what really counted. 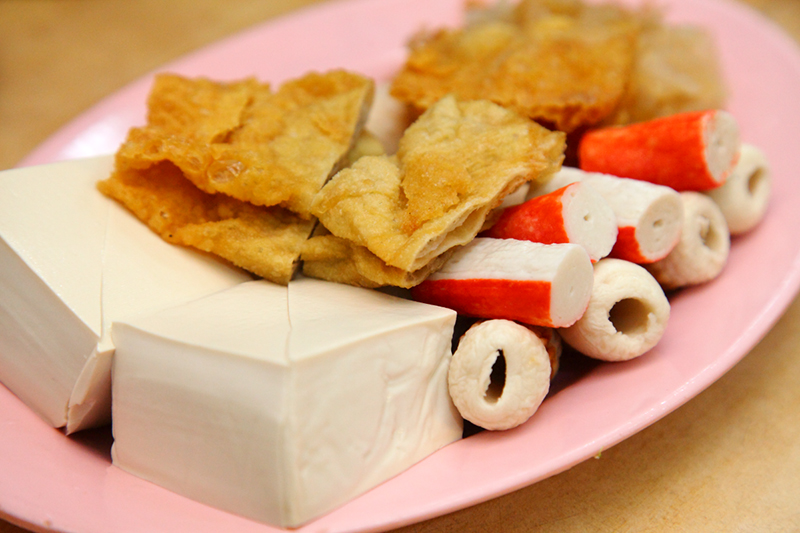 The set caomes with the expected stuff like meat balls, bean curd white tofu and some processed food. 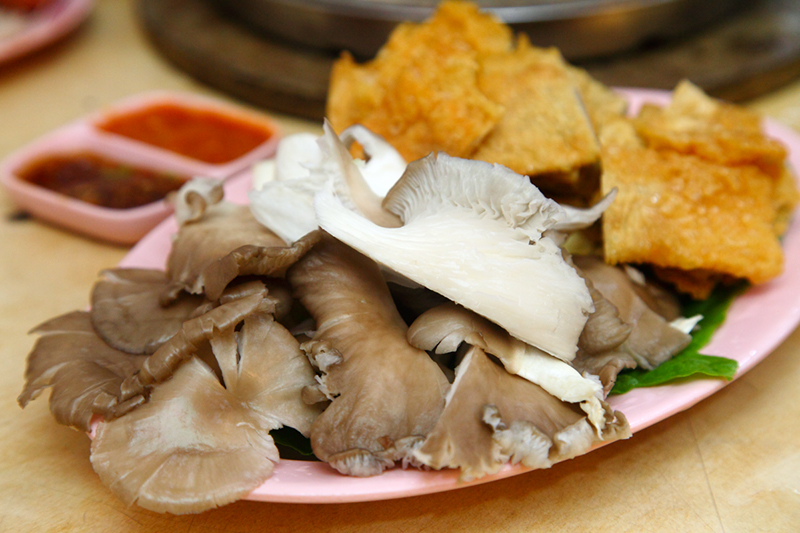 An add-on serving of abalone mushroom costs RM3. We really liked the stuffed bean curds, they were very cheap too at only RM0.60/pc so there was no reason not to order it. 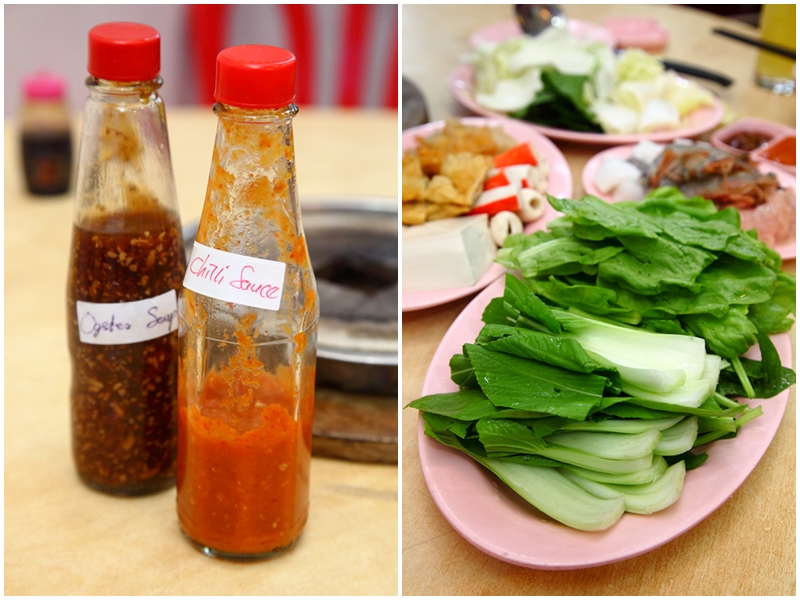 You might find it odd that garlic infused oyster sauce is one of the condiments here. I had the same thought initially but when I suddenly realized that we actually eat vegetables that are stir-fried/served with oyster sauce, then it wasn’t weird anymore. In fact, I think it’s brilliant because we usually have the vegetables plainly as it is during steamboat, which is honestly kind of boring. 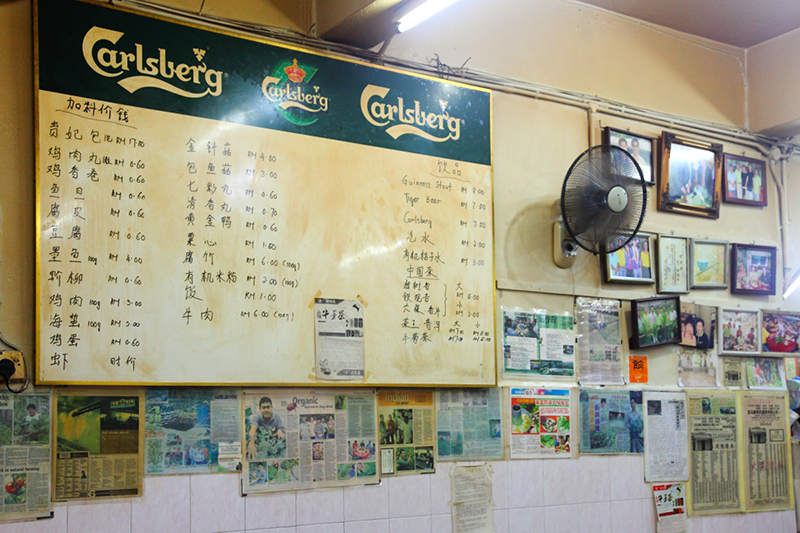 Other add ons are displayed on a board, they are written in Chinese though. 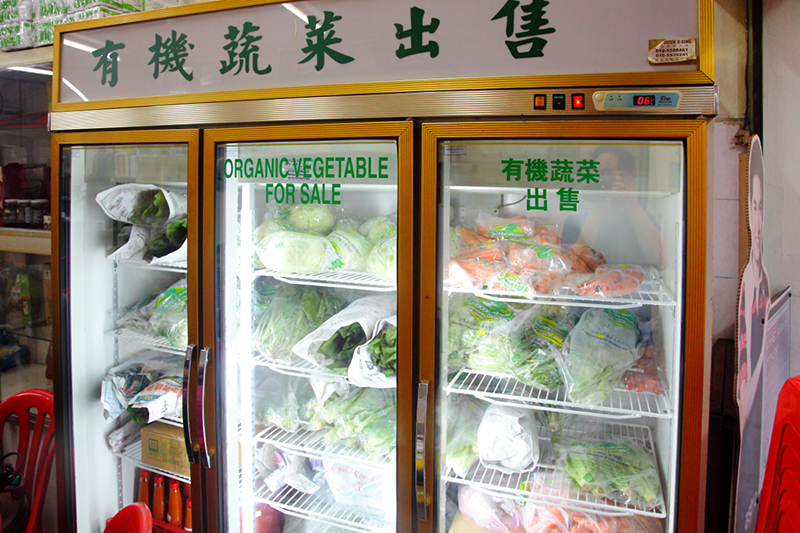 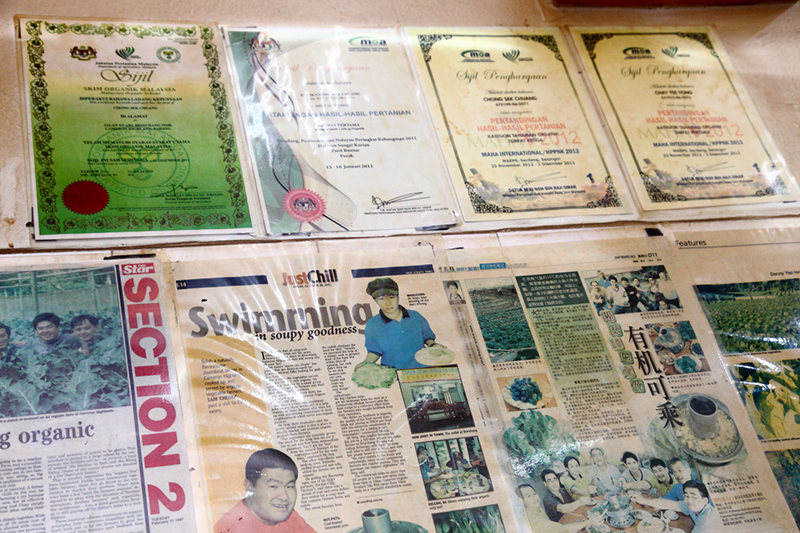 As an alternative from the jam-packed markets nearby, you could also buy some organic vegetables here. They have certificates awarded from the state government to prove that their produce is farmed organically according to strict requirements. 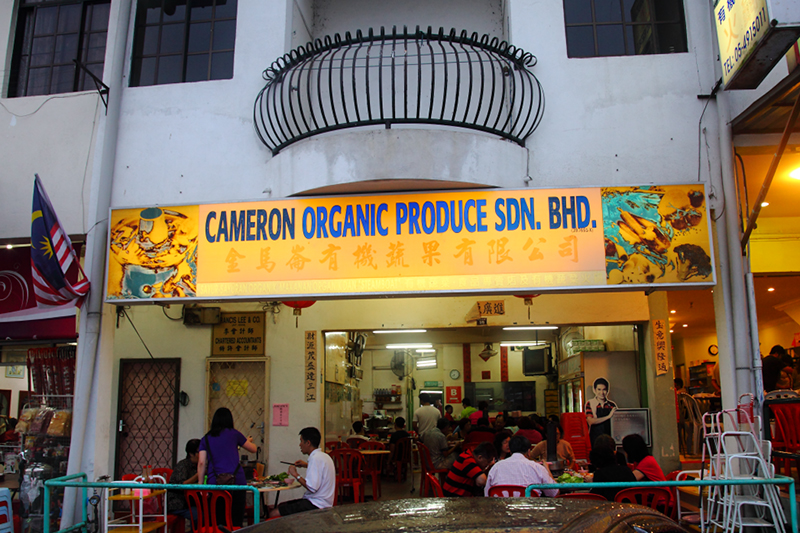 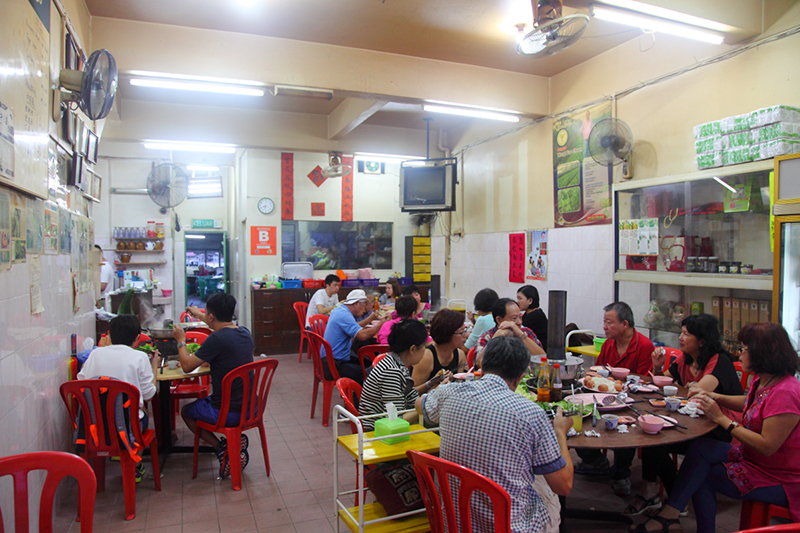 Overall it was an enjoyable dining experience and even exceeded our expectations, mostly due to the pleasant tasting chicken soup and the freshness of the ingredients they use. If you have trouble looking for the restaurant, try using the Rosa Passadena hotel as a guiding landmark as they are just opposite each other separated by a street. Although we got ourselves a table immediately after arriving during peak dinner hours, advance booking is still advised.