If there’s one steamboat chain restaurant in KL you should know, that has to be Coco. Not only their branch at Old Klang Road is the largest steamboat restaurant I have been to, Coco is also attributed with being the first in the country to have created the Pork Bone broth. 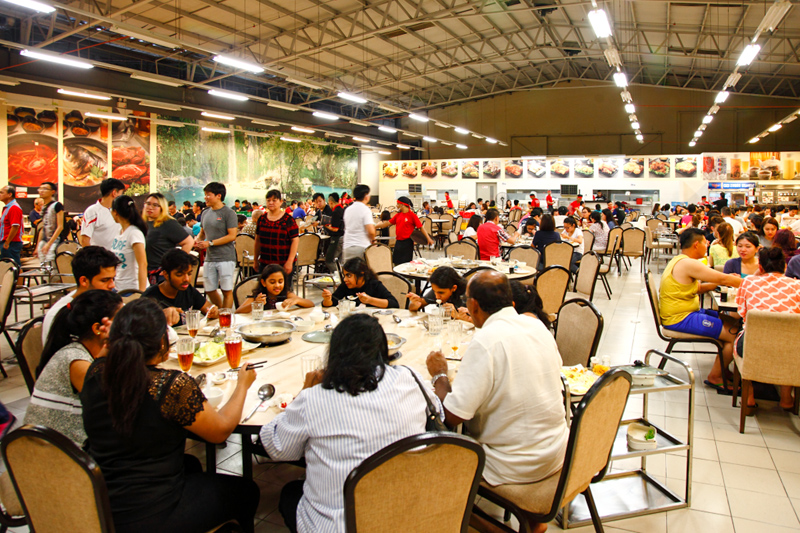 It was a Sunday and the restaurant was full house, partly due to the fact that the following day is a public holiday. Customers were seen waiting in the lobby for their tables and upon seeing that, we were immediately discouraged and thought of leaving.
Luckily, I asked the captain how long it’d take for us to get a table for two, and he gave us a favorable reply: “very soon”. Turns out it’s and we were ushered to our table in less than 10 minutes. So although it’d seem like a long wait, the table turnover rate is quick enough to keep the waiting time to a minimum. 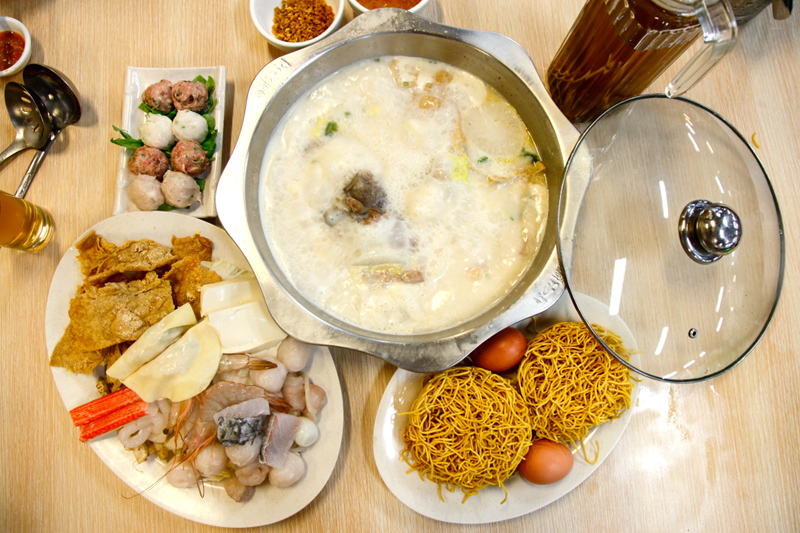 In total, Coco offers three types of soup: Double Stewed Soup (Whole Bone), Fish Head Clear Soup and Healthy Tomato Soup. Since it was our first time here, we decided to try what they are famous for – the Double Stewed Pork Bone Soup @ RM22.20. Actually, it’s a no-brainer as every table was seen having the pork bone soup. 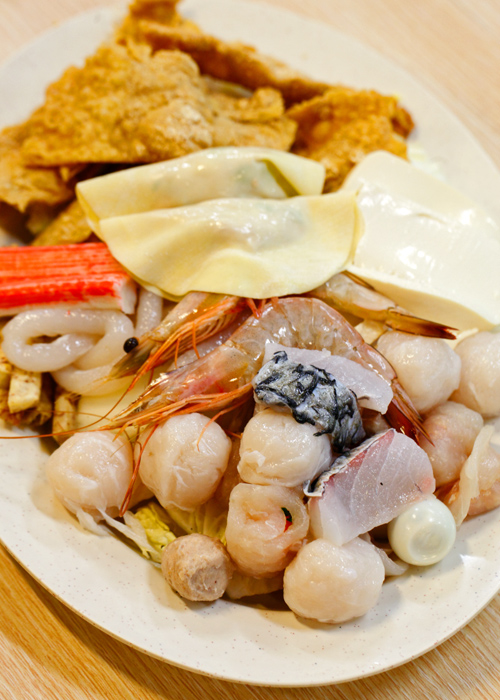 If you feel like splurging, the menu has a couple of nice set choices to choose from. We went for the individual set @ RM19.90 (min 2 pax) and the platter consists of the normal stuff you’d expect. 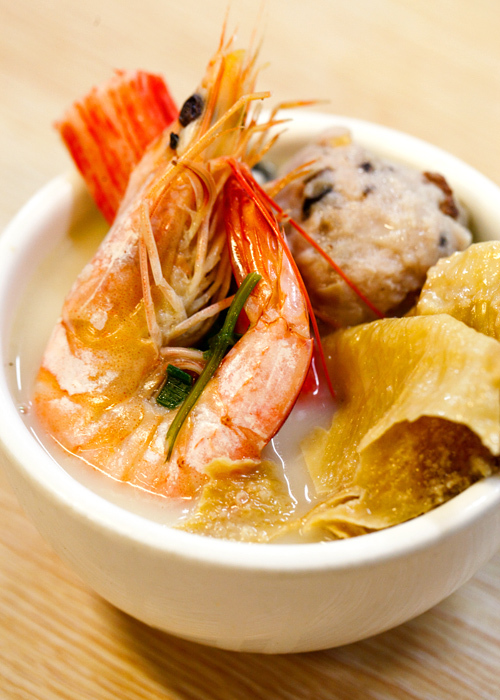 Having said that, we were surprisingly impressed by the quality of ingredients, as they tasted a lot better than what you get at other steamboat restaurants.
Notably, the fried bean curd sheet, fried yam stick (I usually hate it because it’s mushy, but Coco’s retains a bite), sui gao (wrapped with whole prawn, great texture) and tastier than usual fish noodles. 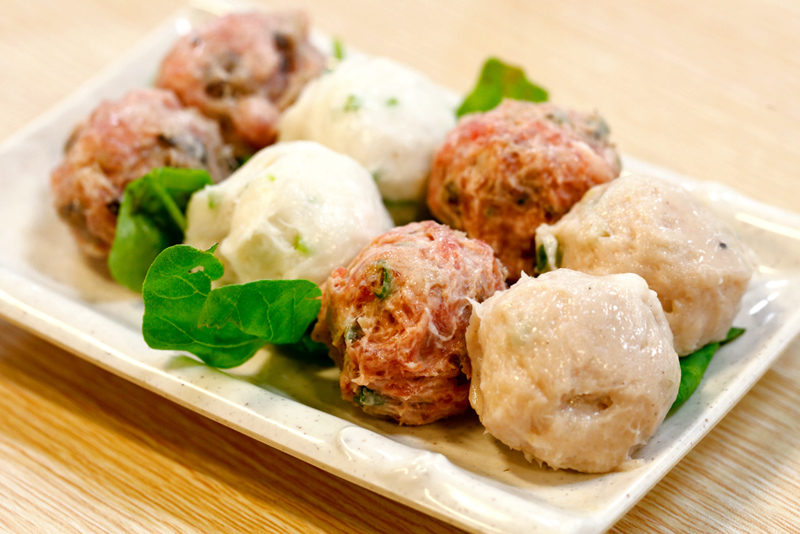 We also ordered their Homemade Four Treasure Balls @ RM16.90. While all of them are great, the squid balls were the only one that really stood out. If I ever return, I will forget the rest and get the squid balls only. 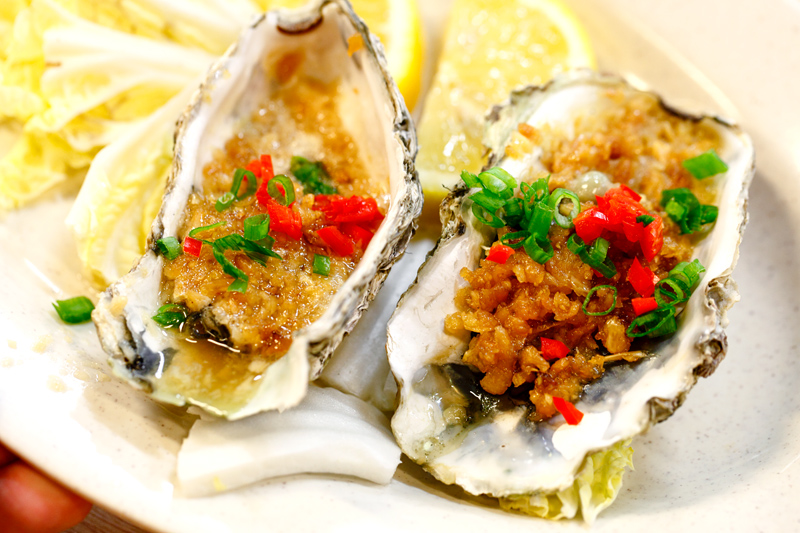 Coco also serves Canadian oysters and I was enticed by how great the Grilled Oyster with Garlic looks. Alas, it was a mistake which cost us RM16.80. The oysters simply dried up after being grilled and they were rubbery. In hindsight, I would have gotten 4 raw ones for the same price. 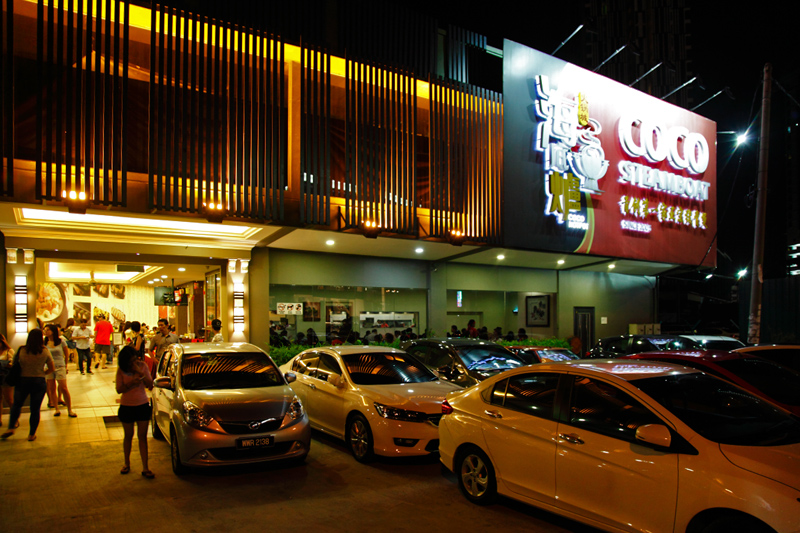 Overall, it’s still a satisfying steamboat experience and we enjoyed the pork bone soup a lot. At the end of the meal, the soup becomes super tasty but not salty, which is why we were able to drink a lot of it without getting thirsty.