I have been to countless steamboat restaurants but OIC Cafe takes the cake for being the weirdest – in an awesome way.
The steamboat buffet restaurant is located on top of OIC’s other two concept coffee house and a la carte restaurant, and all of them share the same purpose-built building in Aman Suria. 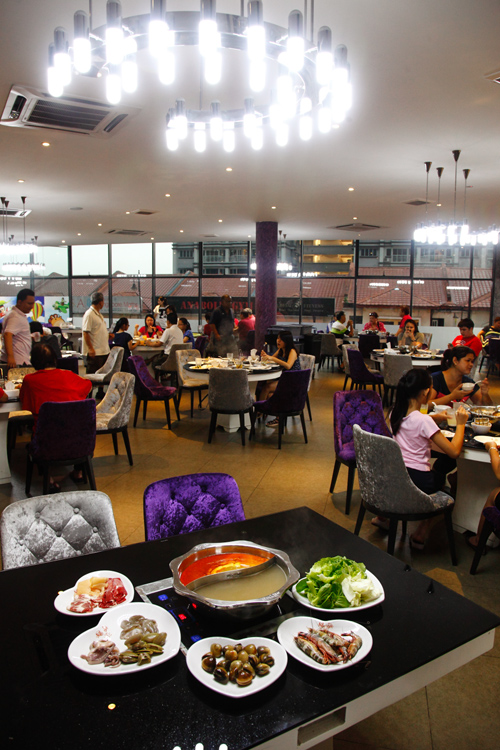 This is why I say the restaurant is odd. Notice how all the fixtures, fittings and furniture don’t match with the steamboat buffet theme? Besides, the plates are all heart-shaped and there’s even a playground next door. I don’t know about you but all these just don’t quite add up, yet it feels comfy and all. I simply don’t have the words to explain this peculiarity. 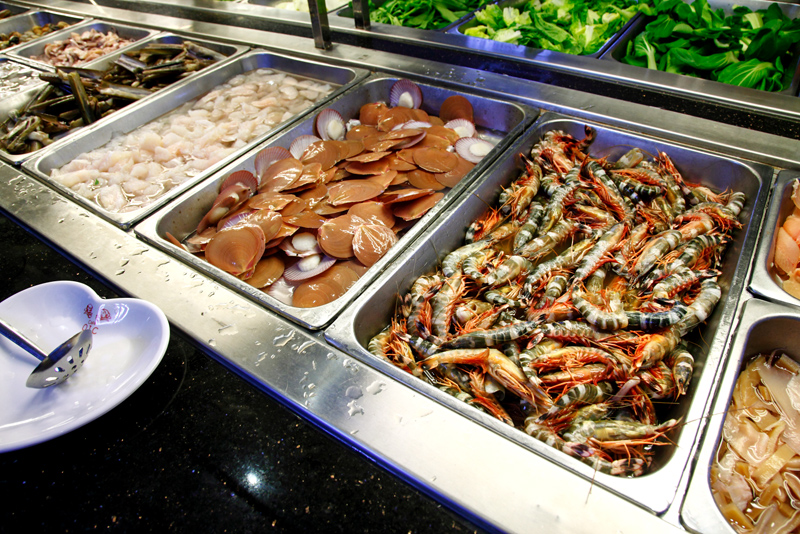 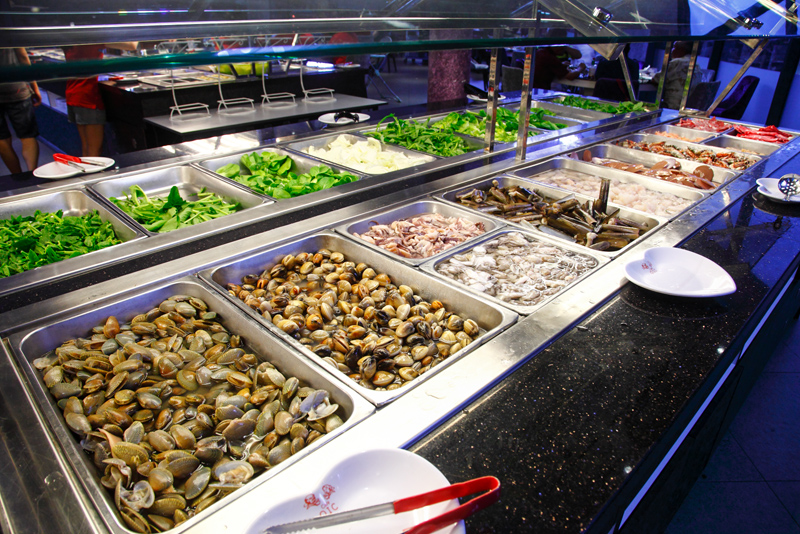 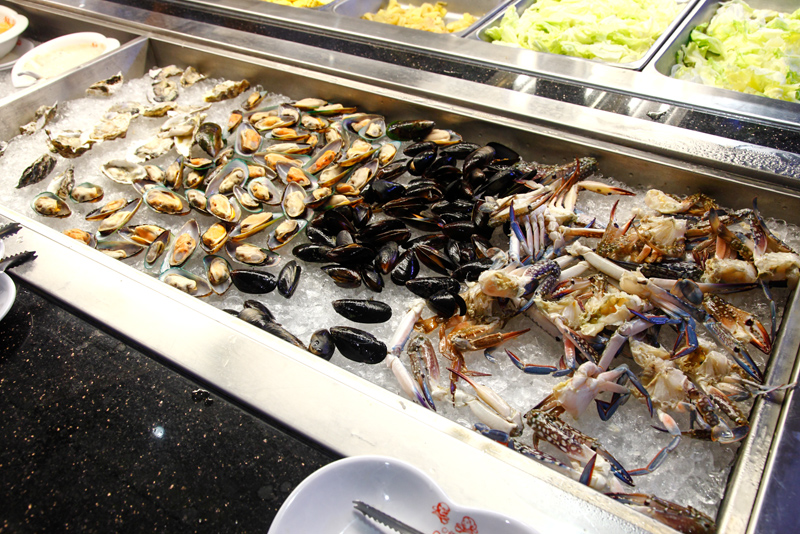 With that out of the way, just know that OIC Cafe’s steamboat buffet is really good. Their food offerings are not as elaborate compared to other more popular restaurants like Yuen, the quality and environment (a lot less crowded here, not so stuffy too) more than make up for it.
Most of the selection is seafood, followed by a few ready-cooked dishes and some raw meat slices. Since OIC Cafe is a pork free establishment, the meat choices are limited to beef, lamb and chicken. The price for an adult is RM36.90 excluding GST and there’s no service charge here. 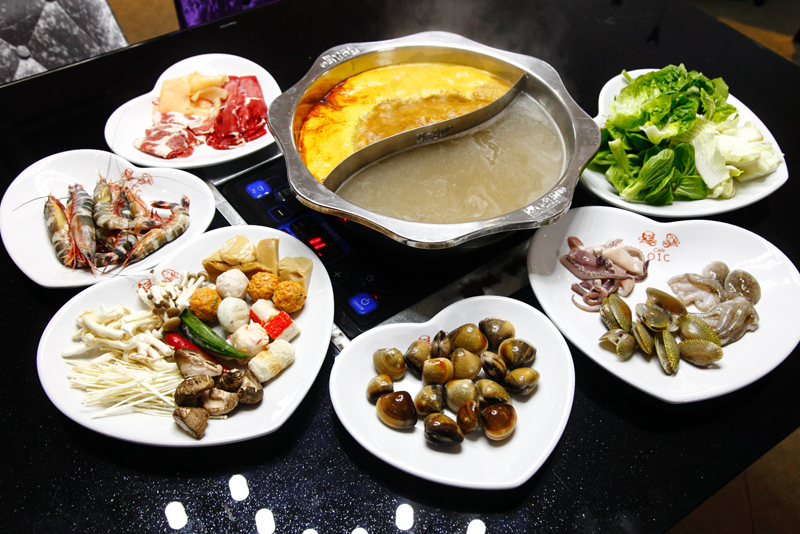 There are a couple of soup bases available, I can’t remember all of them but we had the curry and chicken soup. Some more unique ones like assam laksa and herbal soup requires an additional top up of between RM5 and RM10. 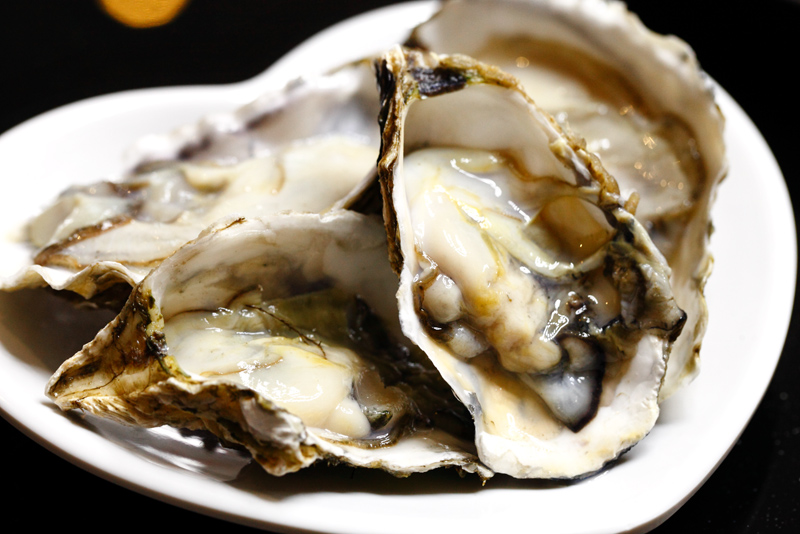 If you love oysters then you are in for a treat. To be safe, we fully cooked them instead of eating them raw. 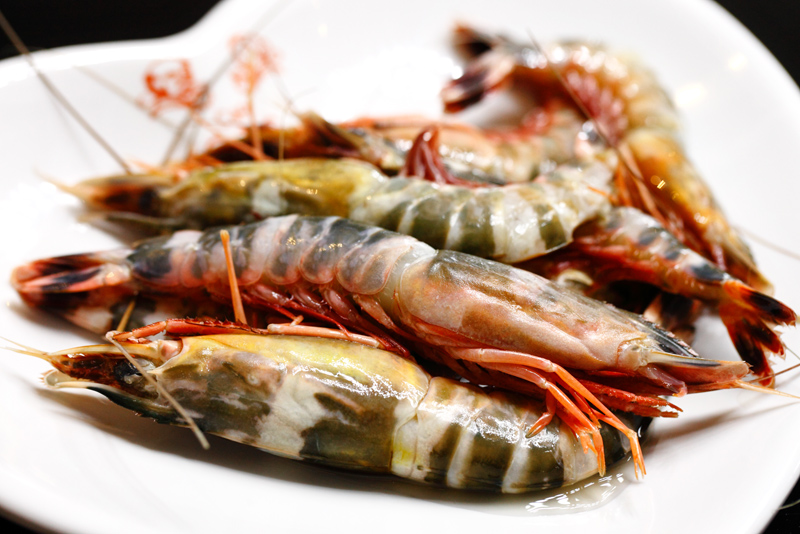 The sea tiger prawns are enjoyable and proved to be some of the freshest we have gotten at a buffet restaurant. Usually the flesh of these thick-shelled prawns break and disintegrate when cooked, but that doesn’t happen to those we had here. The cooked prawns were still quite succulent and slips out of their shells effortlessly in one piece. Great in the curry soup too! 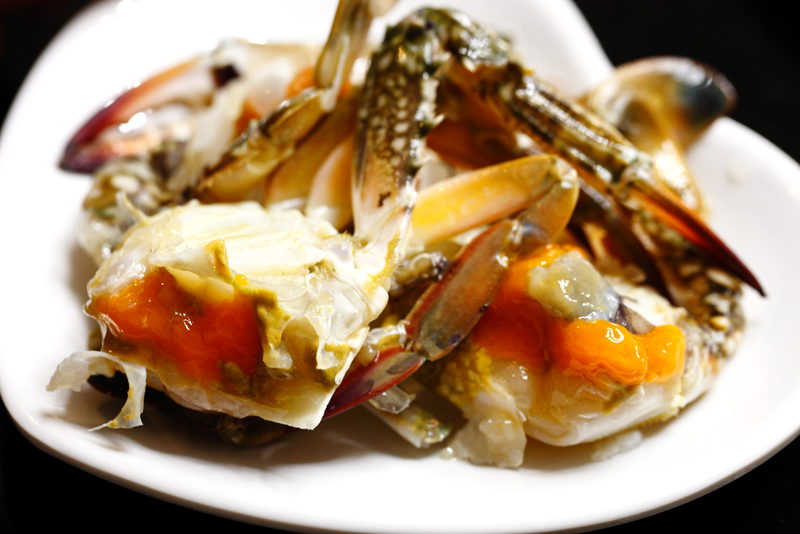 Flower crabs were fresh and sweet, delicious as long as you don’t overcook them. 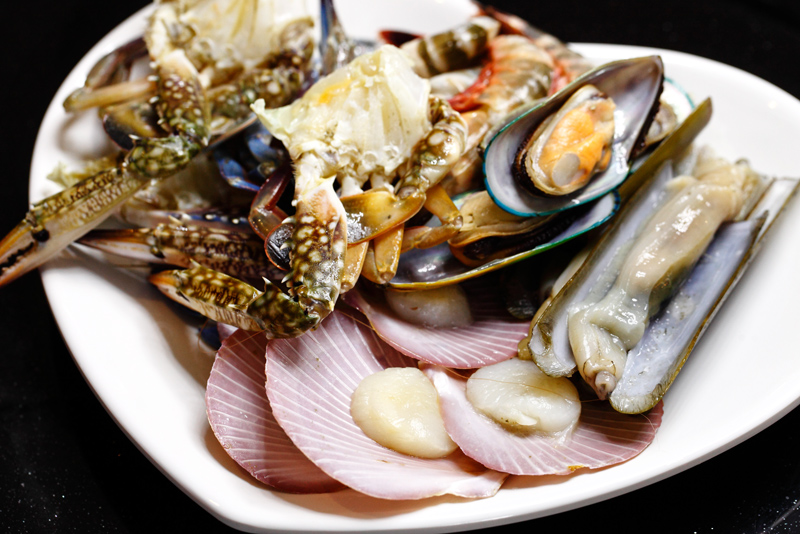 The other shellfish like half shell scallop, bamboo clam and mussel are of better quality. You can tell that they are tastier than usual by the looks. 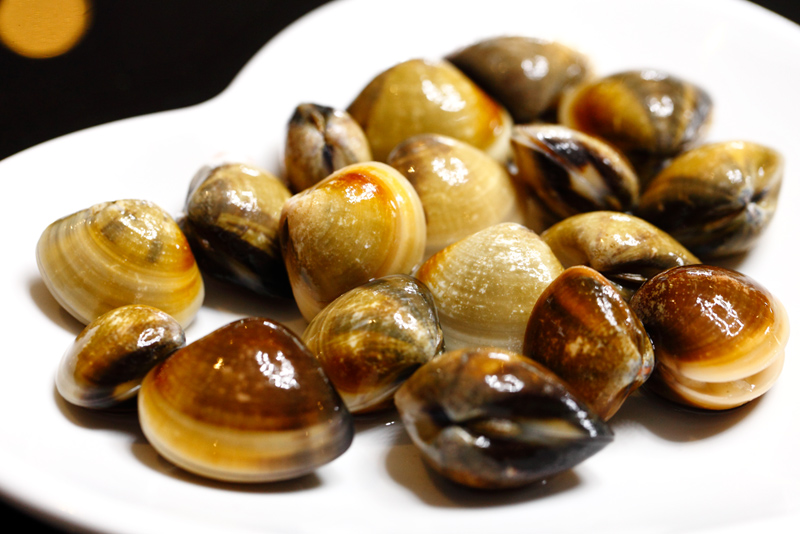 This was somewhat expected, the lala clams were so-so at best and had a gritty texture. However, it’s not as bad as what we encountered at other places so I guess that’s a plus here. 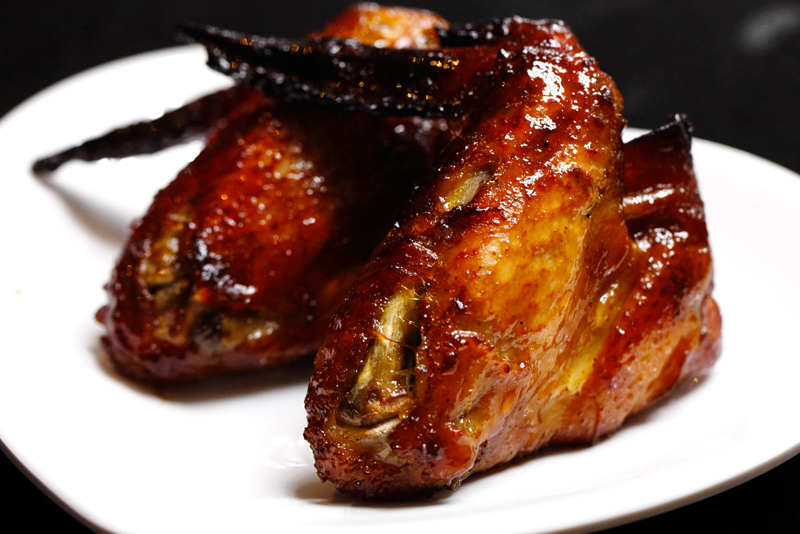 Among the few ready-cooked dishes, we only tried the chicken wings that tasted almost like char siew. Not bad at all. 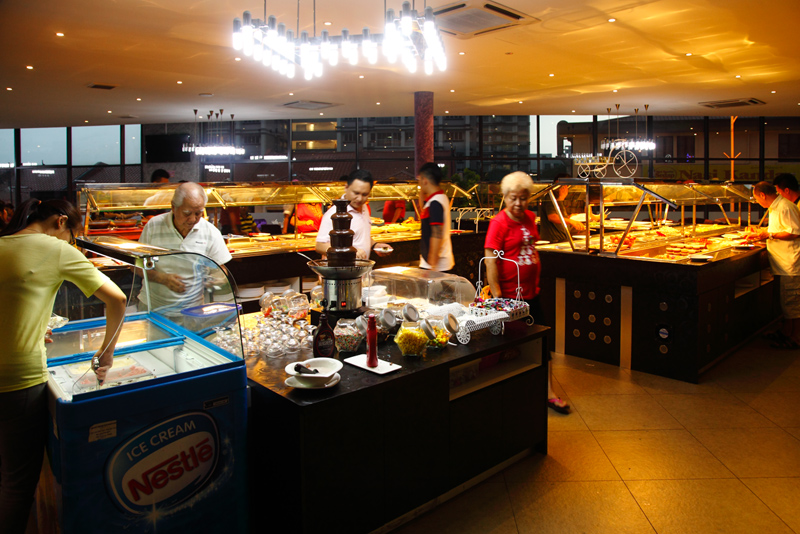 Dessert wise, the chocolate fountain will grab the kids’ attention. The rest include ice cream (with Hershey chocolate and strawberry sauce), cakes and puddings. 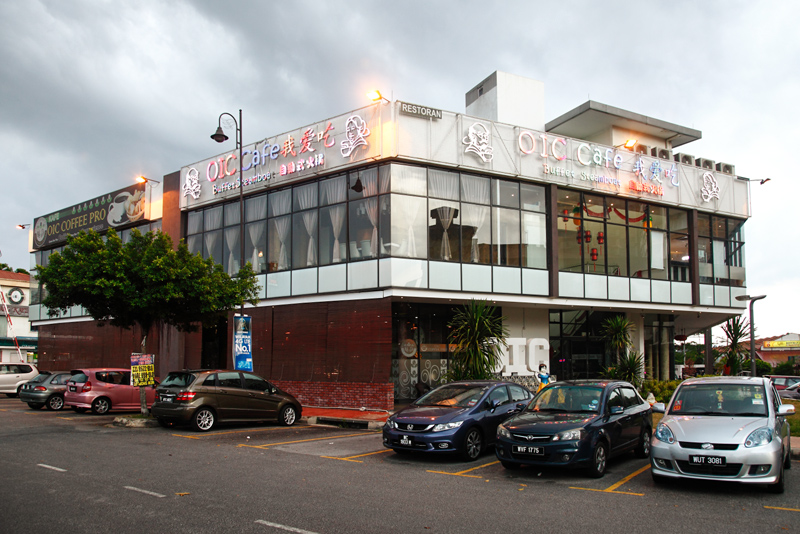 As far as steamboat buffet restaurant goes, OIC Cafe is surprisingly good despite being not so well known. Probably one of the best in town too, so it’s highly recommended to those who wish to have a slow and enjoyable steamboat meal in a clean and cozy environment.