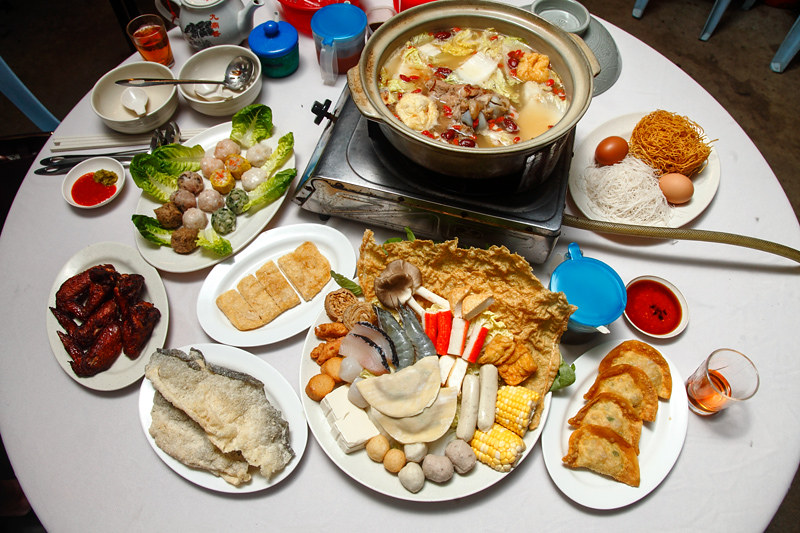 While most steamboat restaurants in Kepong operate in commercial areas, Popo Steamboat Cafe occupies a breezy, open space next to an industrial area. The location is pretty hidden from view and if not for their large signboards, you might not even realize their presence. It might be a little challenging for outsiders to find Popo, but I assure you the extra effort will be worth it. 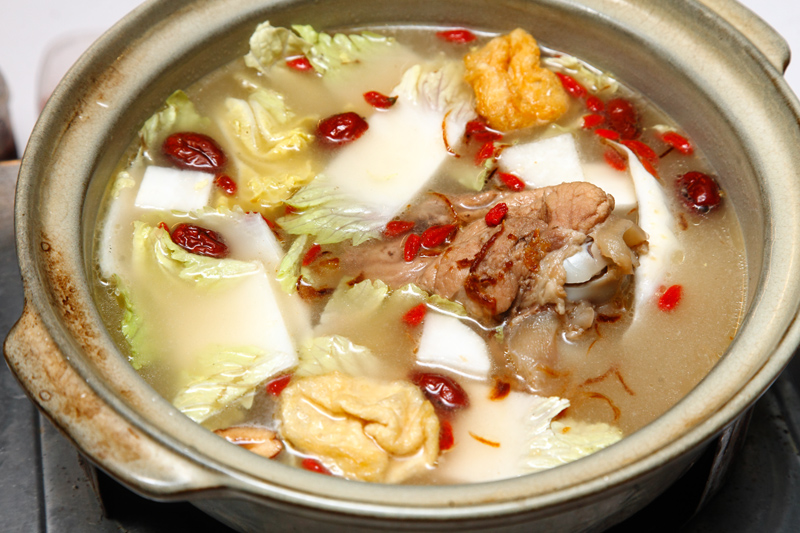 Popo offers 8 types of soup: Superior Pork Bone soup, Szechuan Peppery soup, Teochew soup (served with fish slices), ABC, vegetarian, Peppery Piggy Stomach Soup (comes with 1 whole piece of pork stomach), clear and tom yum soup. All of the soups mentioned are chargeable (between RM7 and RM23) except for the clear soup which is provided free of charge.
Naturally, we opted for their signature one pork bone soup @ RM18.90. And like many other pork bone soups, Popo’s is also simmered for a long time. But they don’t add evaporated milk into the broth to achieve that milky white appearance and creamy texture. 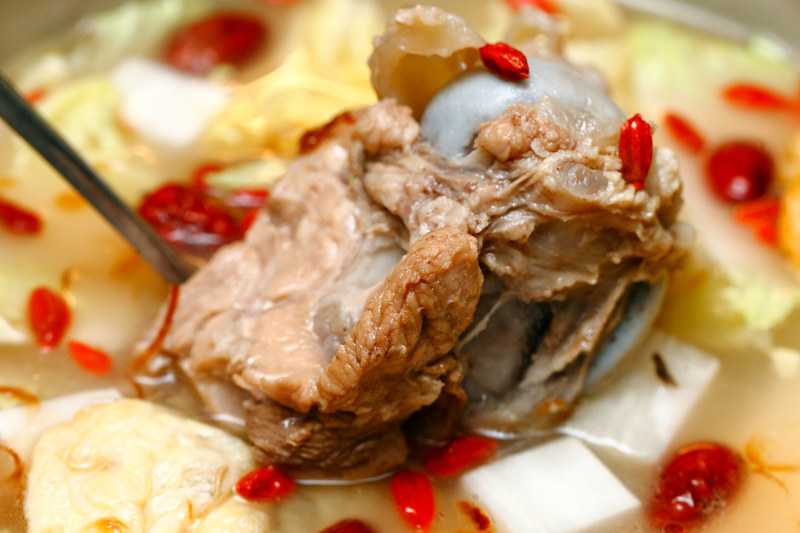 The soup tastes wonderful even at the start, just add noodle and it’d be a good pork noodle! If you prefer a heavier/lighter tasting soup, just request for it while ordering. They will gladly adjust the amount of pork essence that goes into your pot.
Besides, if you come during the weekdays you will get a FREE serving of pork slices for. What’s the catch? You will need to order one of their homemade soups. 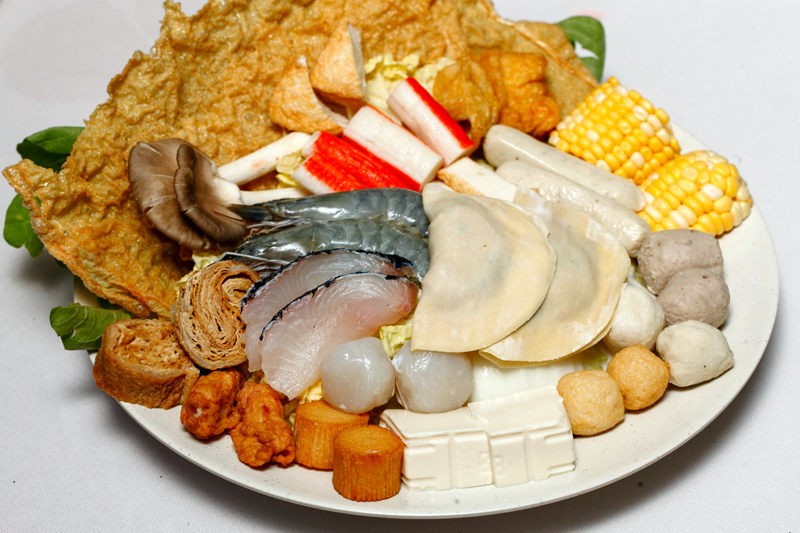 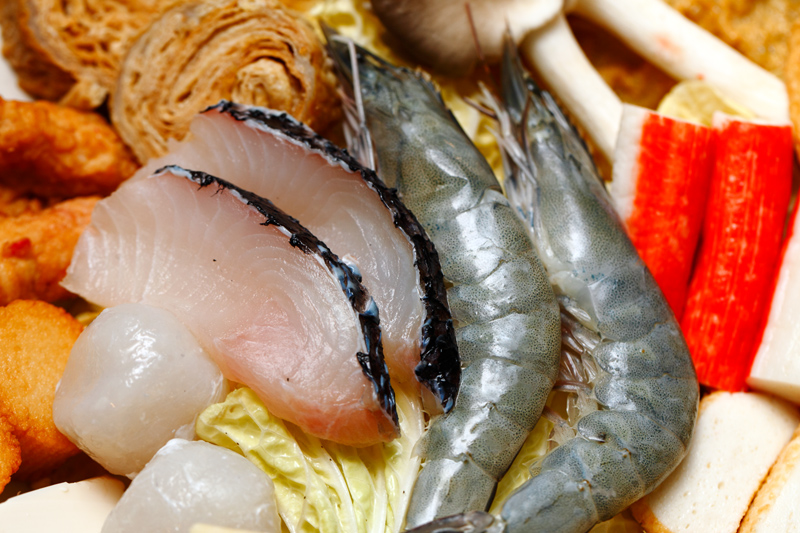 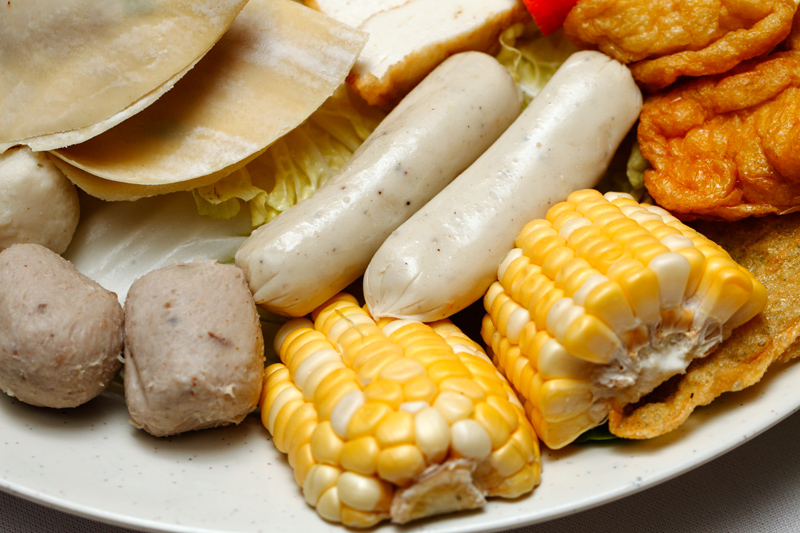 The steamboat set (2 pax @ RM17.90 each) here is slightly more expensive than the rest in town, but we were pleased to find that most of the processed food ingredients are of better quality. The white sausage is quite similar to the one we had in Taifeng too.
And of course a good steamboat meal wouldn’t be complete without great condiments to along with it. Popo keeps things simple by offering only red chili, green chili, soy sauce and fried onion oil. Ask them for the mixing proportions, I followed their recommendation and it was awesome. 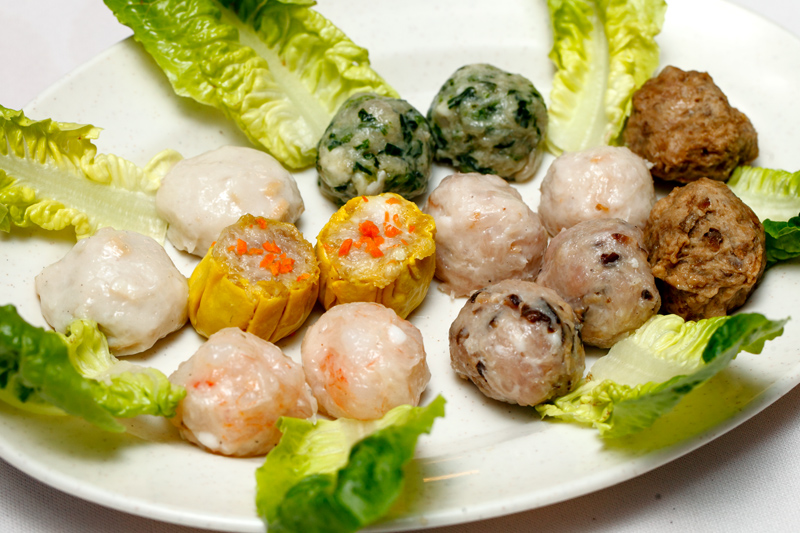 For those dining as a couple, my suggestion is to get the half-portion steamboat set then top up with their 7 Treasure platter @ RM18.80. The platter consists of 7 different kinds of homemade meat balls and dim sum.
All of them are great especially the pork siew mai and prawn ball which tasted like ‘har gao’ sans the wrapper. So even if you decide not to get this platter, you should at least try the siew mai and prawn ball. Trust me, you won’t go wrong with them. 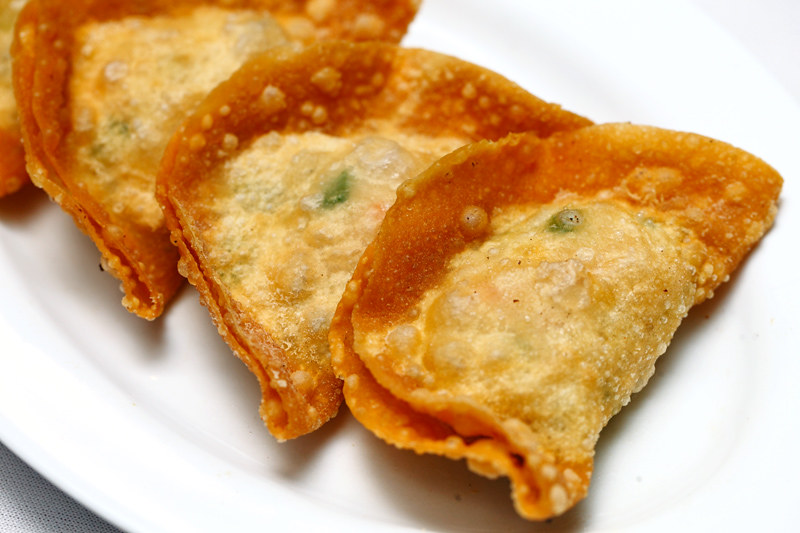 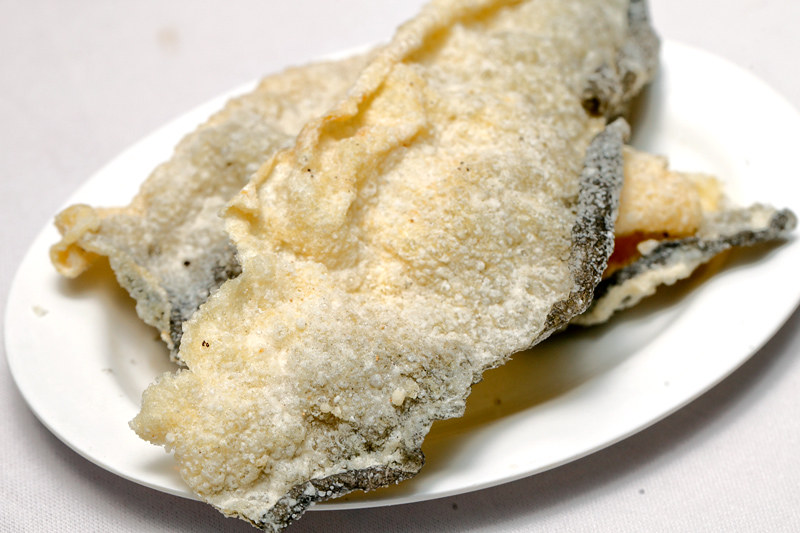 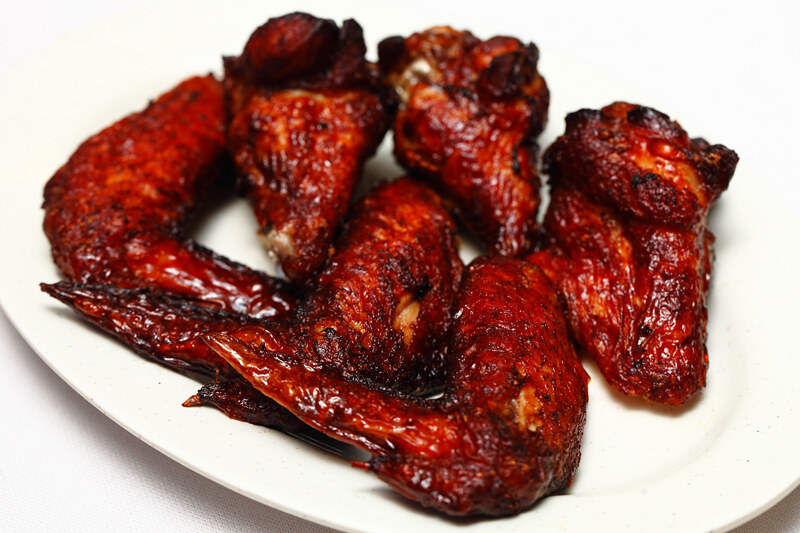 We also tried their fried sui gao (4pcs @ RM8.30, delicious), Hong Kong Fried Fish Skin @ RM7.80 (nicely seasoned, no fishy taste and crispy like a prawn cracker) and Fried “Drunken” Chicken Wings (3pcs @ RM8.80) – best enjoyed while still hot.
The chicken wings had a familiar “Nam Yue” taste, but we were surprised to learn that it was only marinated in Chinese wine and a secret spice. Among all the side dishes we had, I think the fried fish skin would be the top for its uniqueness. 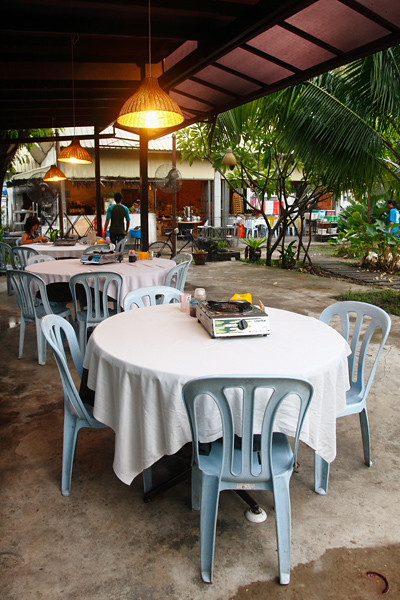 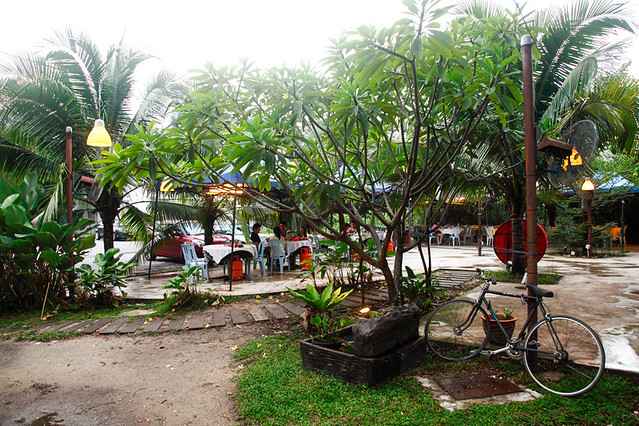 There aren’t many steamboat restaurants in KL that let you enjoy your meal in an outdoor setting among coconut trees. That said, do expect some mosquitoes but not worry as the courteous owner will set up mosquito coils under the table to repel the nasty bloodsuckers. 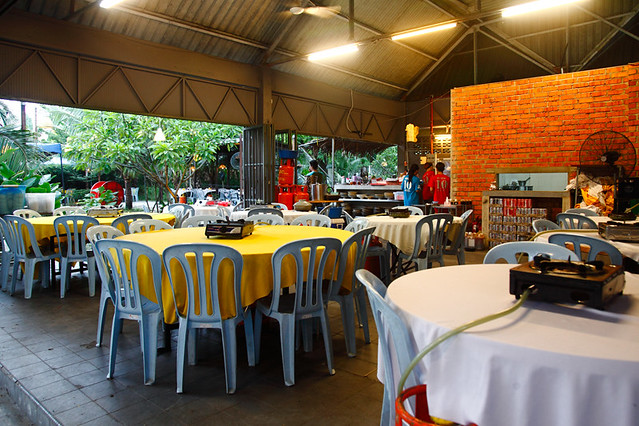 Food wise, I think Popo is ahead of every steamboat restaurant (with similar price range) I have been in Kepong. Safe to say, they are now my new favorite in Kepong.