QQ BBQ Steamboat is a popular hot pot and grill buffet restaurant in Kepong. Our first visit here was a couple years ago and the experience was below par.
But a recent revisit showed that the variety and quality of the food have improved, so much so that I’d rank it as one of the better buffet restaurants out there currently.
The price for an adult is RM38 while it’s free for children under 90cm. There’s no time limit imposed on the meal, so you can eat and drink all you want until the shop closes, perfect for a gathering with friends and family. 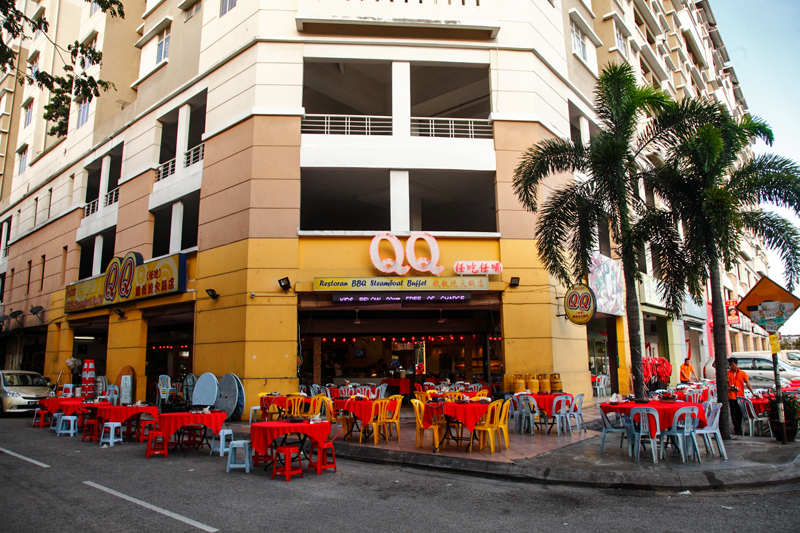 Besides QQ, there are also some other similar concept restaurants in the area but they have always been the busier one. It’s a good idea to come here early when the pre-cooked dishes are still fresh and warm. But if you are only going to focus on the steamboat and BBQ, anytime is a good time to drop by. 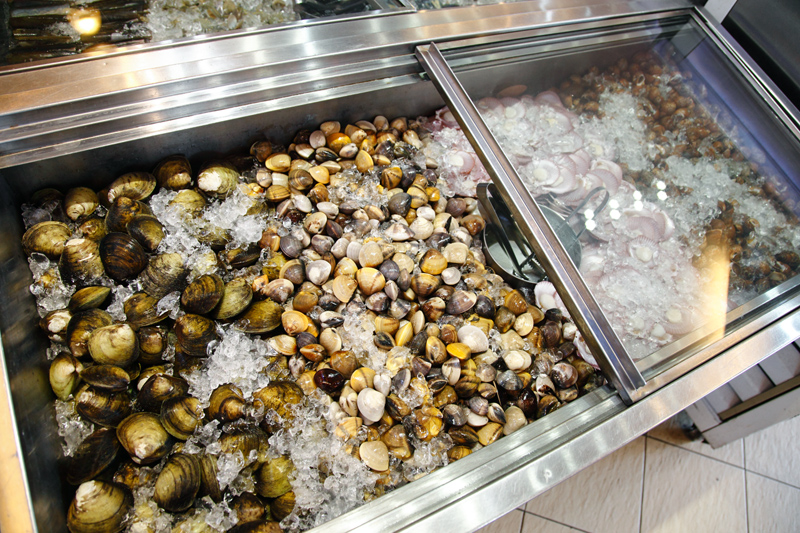 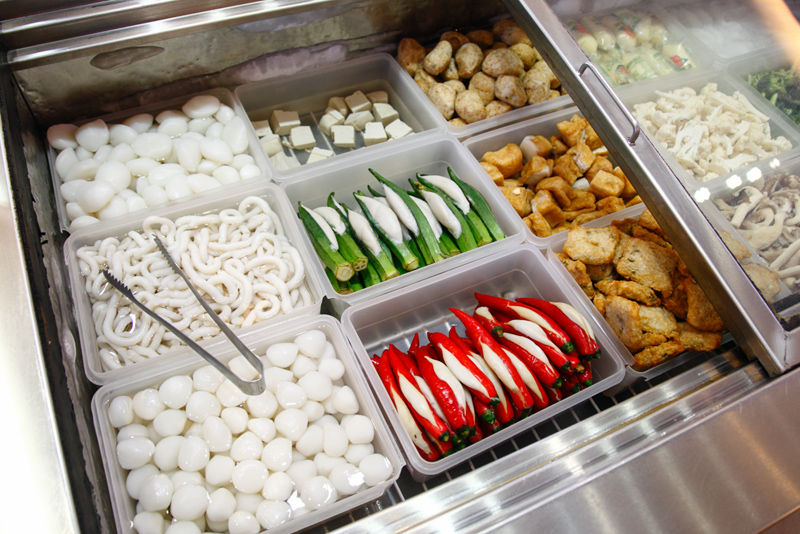 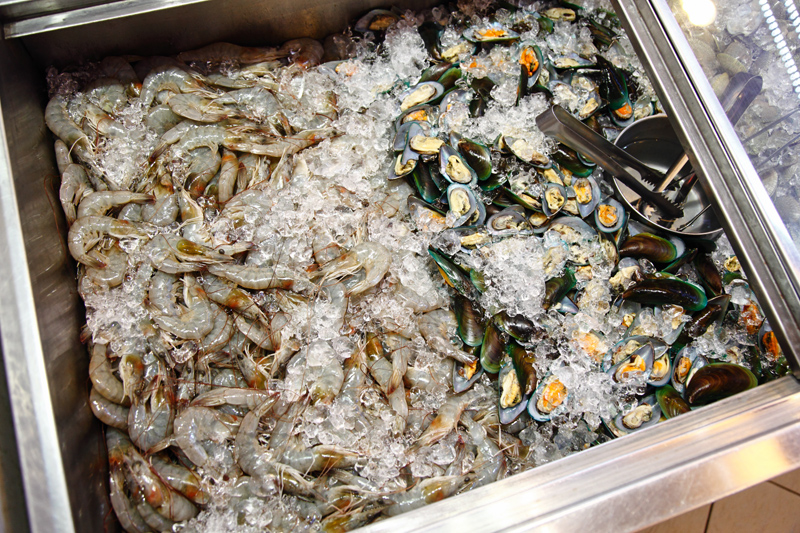 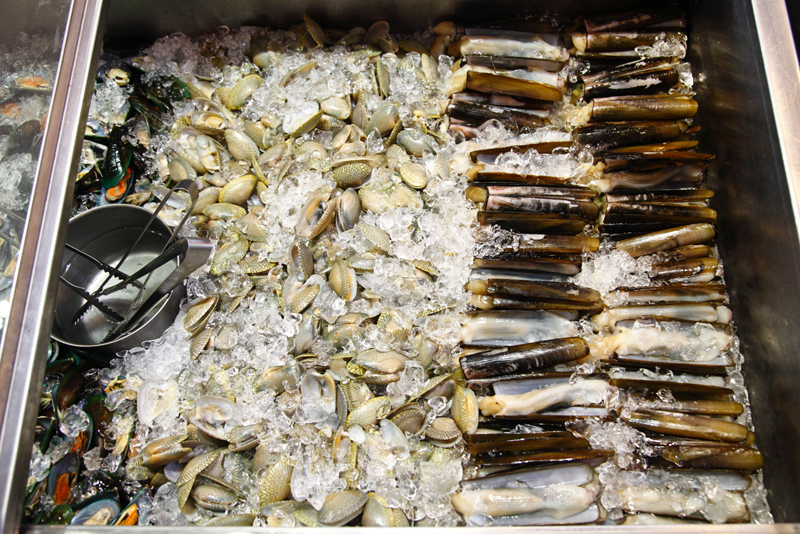 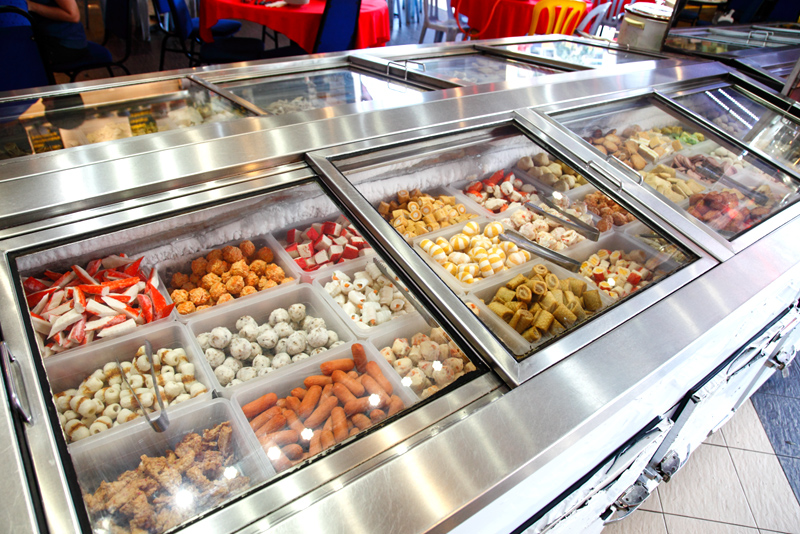 Since we were early and the restaurant was not at its busiest, we had a short chat with the boss. From what we were told, the restaurant features up to 200 kinds of ingredients, in which more than a dozen of them alone are seafood. 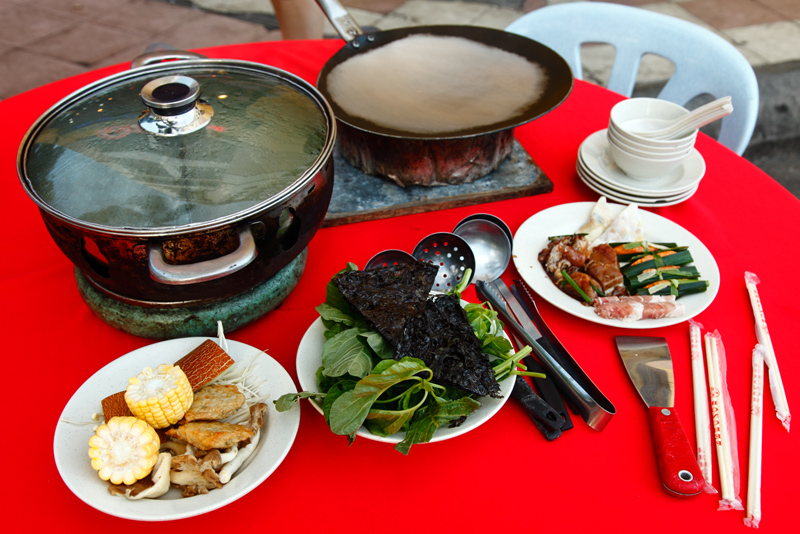 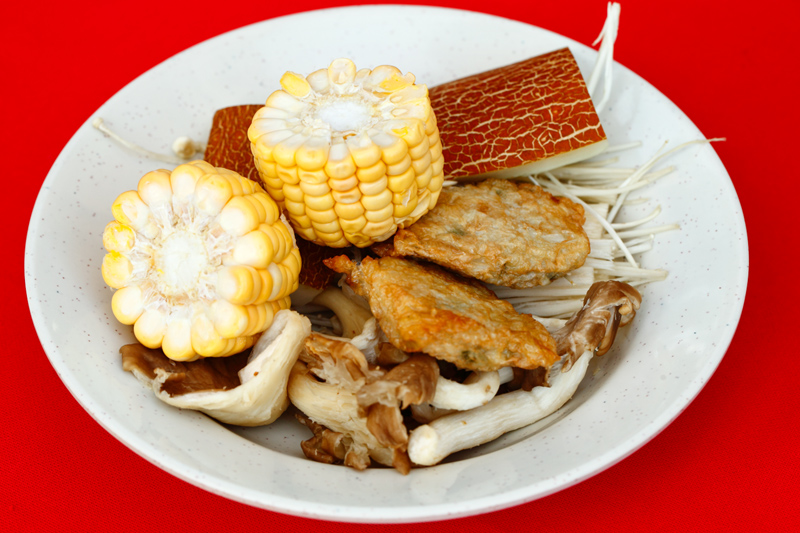 No surprises when it comes to the soup base: it’s the usual clear, tomyam, herbal and a few more which we did not bother. After choosing your soup, you need to make your way to the ice cream counter to get some margarine for your BBQ later. The staff can get them for you too, just ask. They are some of the most helpful and efficient workers I have encountered. 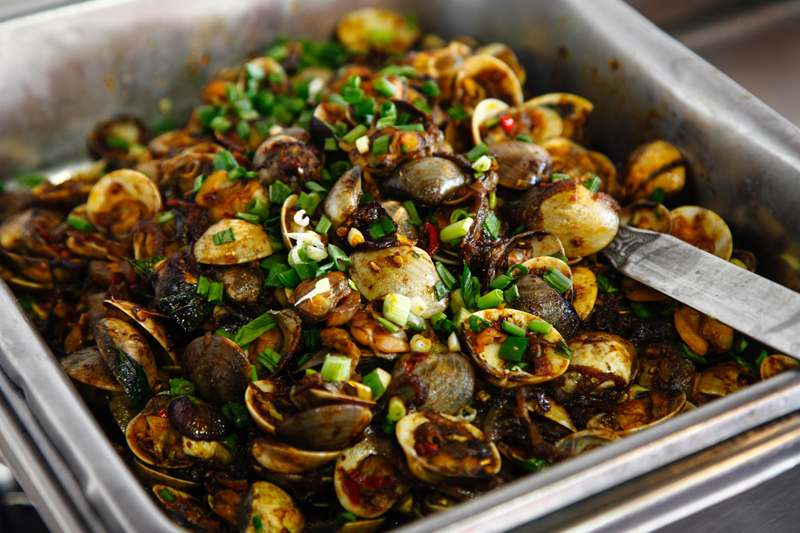 There’s a small corner in the restaurant where they place a few rows of cooked dishes such as fried noodles, chicken curry, stir-fried clams and clams in superior soup. We sampled a few of them and found them to be surprisingly good to munch on while waiting for the raw food to cook. 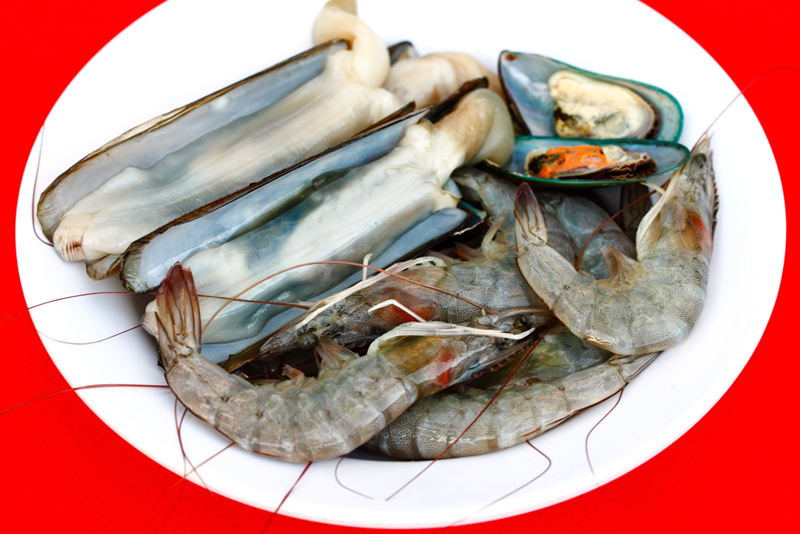 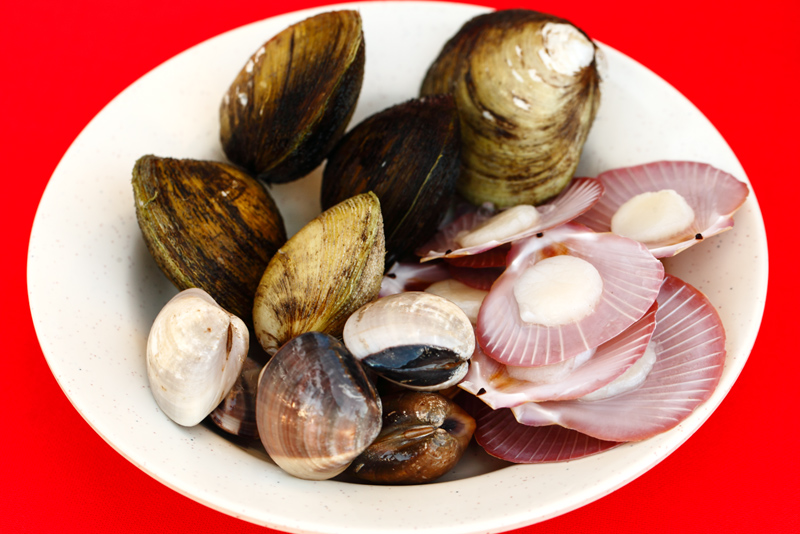 The seafood is reasonably fresh and we liked the prawns the most. Shellfish is a hit or miss depends on which you take, but I’d suggest you to avoid the clams with flimsy shells because they are really gritty. The rest like scallops, bamboo clams, cockles, white clams and mussels are much better and don’t leave a weird taste in your mouth. 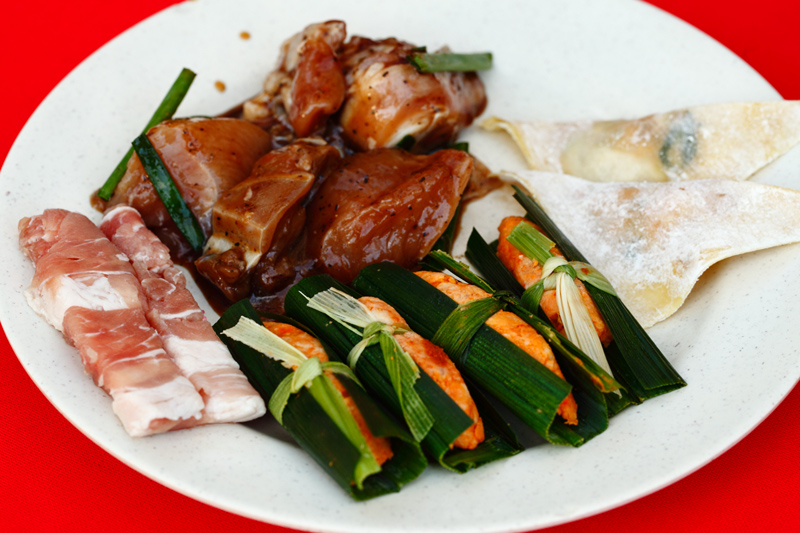 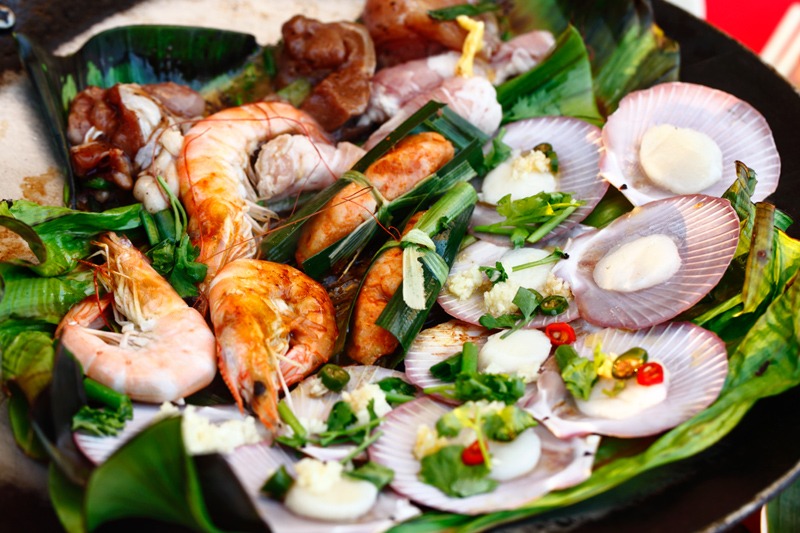 While you’re busy eating or grilling your food, do keep an eye on the food counters for dishes like crunchy fried chicken wings, kam heong crab and chili crab. I observed that they are sent out of the kitchen every hour or so, and even though the serving is large, it’d be gone in minutes due to the large crowd.
At first, people will be willing to queue for it. But when it became obvious that there’s not enough crabs to go around, things will start to get slightly ugly. They start swarming the spot and scoop the crabs with plates instead of the tongs provided.
Unless you feel really squirmish about situations like this, I think the crabs are worth “fighting” for because they are that delicious. In fact, they taste as good as what you’d get at normal ‘dai chao’ restaurants, which probably explains why people would “fight” for their share. After all, everyone wants maximum value for their money so I don’t blame them. 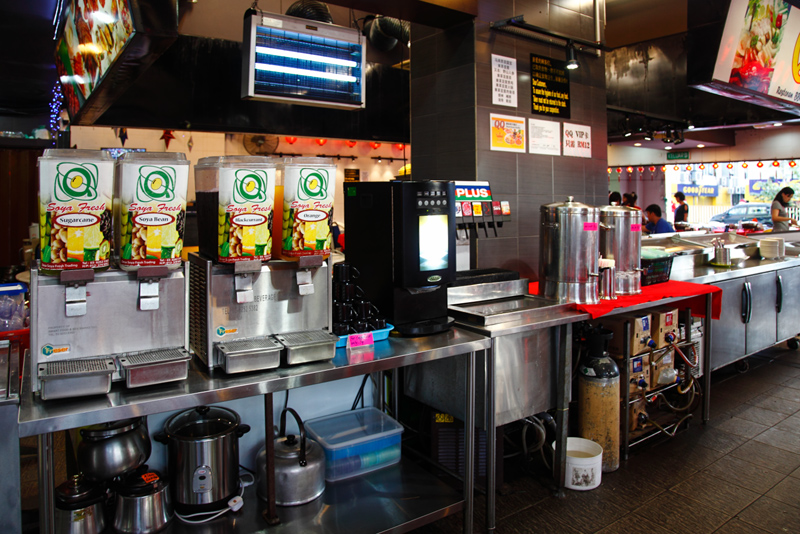 Some other dishes that I found interesting; albeit not great are imitation sharks fin soup, herbal eggs, sushi and cakes. Beverage wise you are pretty much spoilt for choice as there are a handful of soft drinks, juice, tea and coffee for your drinking pleasure. Ice cream is available in multiple flavors too, which will surely delight both the adults and kids alike. 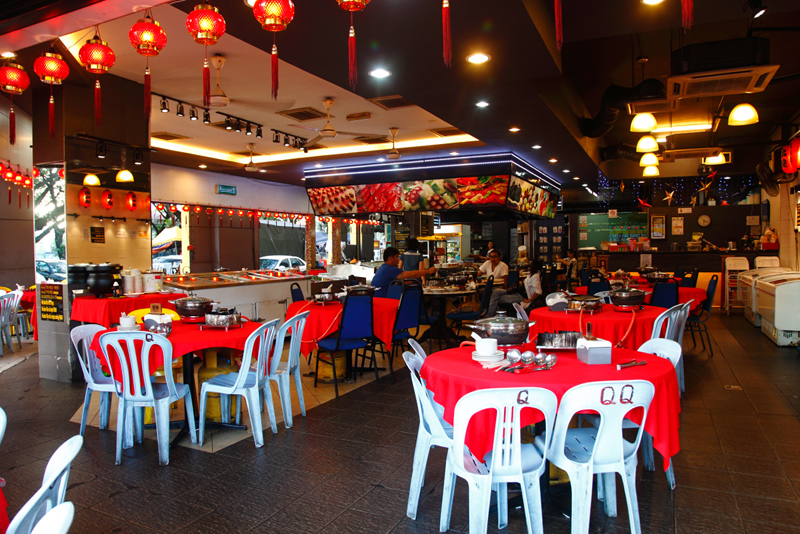 Overall, QQ is a value for money restaurant worth going for the lively ambiance, good food choices, above average seafood quality, efficient and friendly service and clean environment. I’d totally spend my money here rather than on Mitasu‘s, and that’s one thing I am damn sure of.