Suraya Nasi Kukus, also known as Suraya 2 is the branch of the popular Suraya Seafood restaurant. Both are also in Kampung Baru and located only streets away from each other. The main branch is usually busy so I guess that’s the reason they decided to open another branch so close to accommodate more customers.
As you’d have expected, their menu is predominantly Malay but with a handful of Kelantanese-Thai dishes. Prices range between RM4.50 to RM7 for normal meat, seafood and vegetable dish while fish is market price. Reasonable, and maybe even cheap if you ask me. 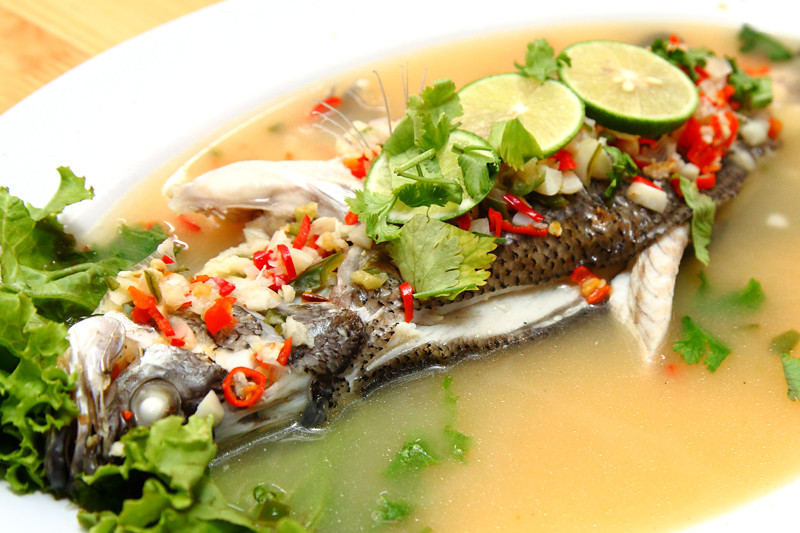 When we eat at Malay restaurants we usually get a fish and it’s either kembong or siakap. We decided to spend a little more and got the siakap which was a good decision, as the fish was fresh and enjoyable in every way.
The steamed siakap (sea bass) here is of Thai style – topped with chili and lime for an appetizing taste. It’s not as spicy as what you’d get at the normal Thai restaurants but the balance of flavours is lovely and just nice for us. If I remembered correctly this fish cost us around RM25-30. 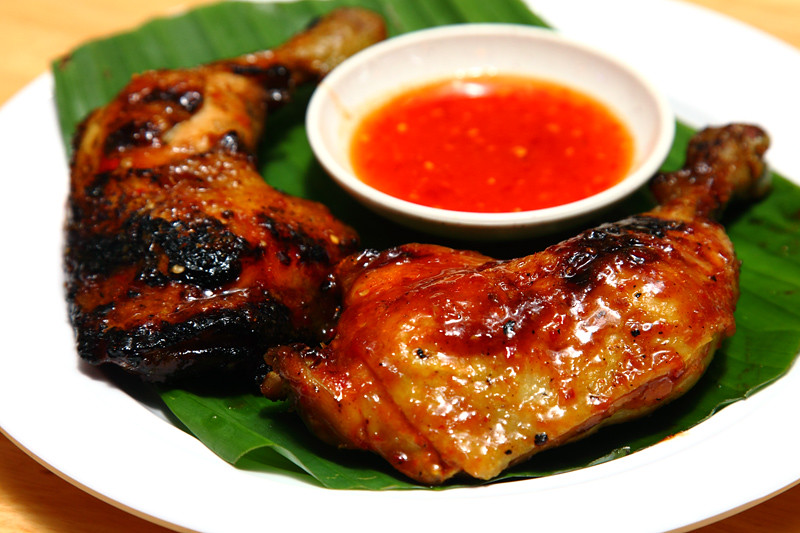 The ayam bakar is not available in the menu. Rather, you have to pick them from the food counter next to the kitchen. The reason we took them (despite having ordered a number of dishes) was because they were so enticing with that glistening coat of honey glaze. And to our delight, they tasted as great as they looked – tender and all with a juicy, sweet bite. 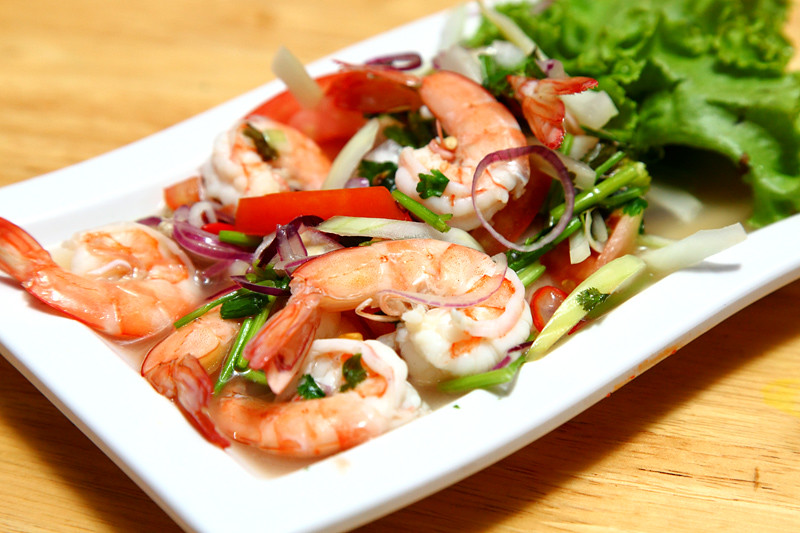 Kerabu is a must try here considering it took up one of the biggest sections in their menu. We had the Kerabu Udang @ RM7 and it was better than anticipated because we half-expected the prawns to be not-so-fresh. But good to be proven wrong!
An alternative would be their somtam (green papaya salad) that they make fresh upon order. From what I read from other customers’ testimonials, that’s not bad too. 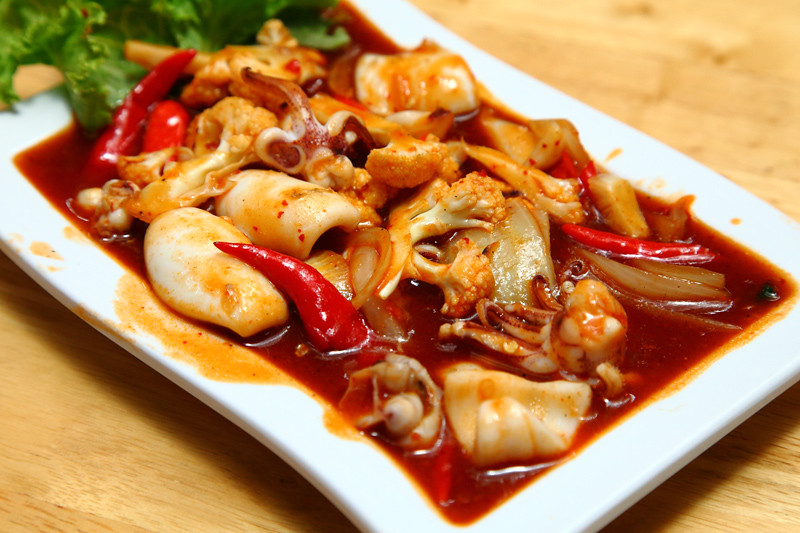 Sotong Masak Pedas @ RM6 – squids were well cooked and the slightly-spicy gravy was great to go with rice. 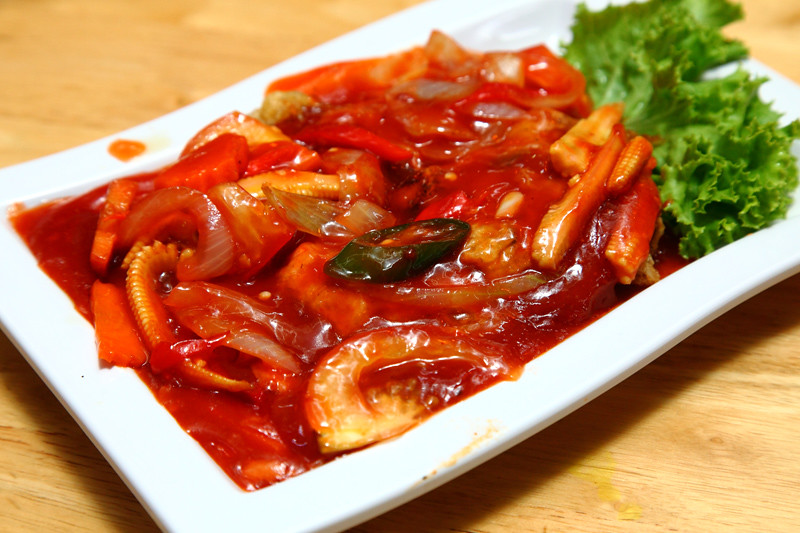 While the gravy was pretty good, we have had better Telur Bistik (RM5) at other places. I have to be picky about telur bistik because I eat it quite often and the good ones are really good.
If you haven’t had this before, this is basically an omelette stuffed with meat covered in a sweet and spicy gravy with a good amount of tomatoes, baby corn and onions. This could be considered a simple, all around dish that you could enjoy with a plate of rice and call it a meal. 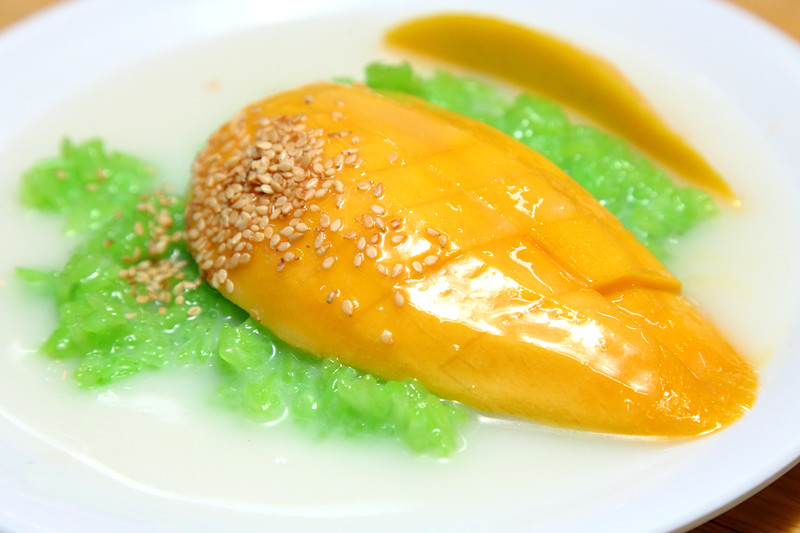 Seeing that almost every table ordered the Pulut Mangga (RM5), we knew it had to be something special. So we ordered one to share for dessert even though we were stuffed to the gills. You know the saying “there’s always room for dessert”? I find that very true.
Anyway, the Pulut Mangga was delicious – the pandan sticky rice was fragrant and salty while the mango (sufficiently ripe) and coconut cream were sweet but not cloying. 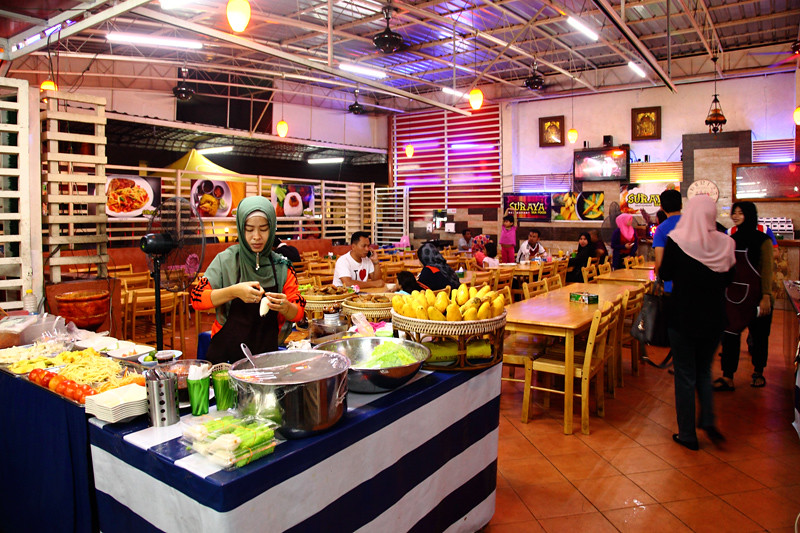 Besides Pulut Mangga, there’s also coconut ice cream being sold here. If you prefer something cool that might be worth trying. 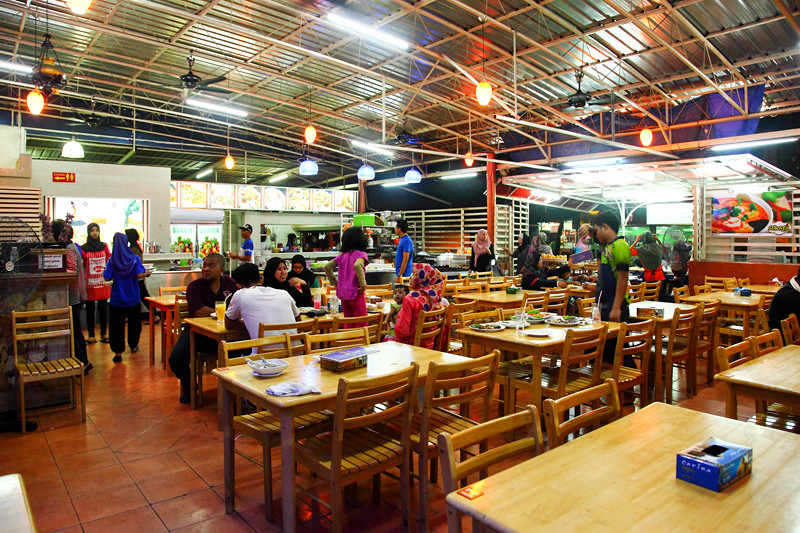 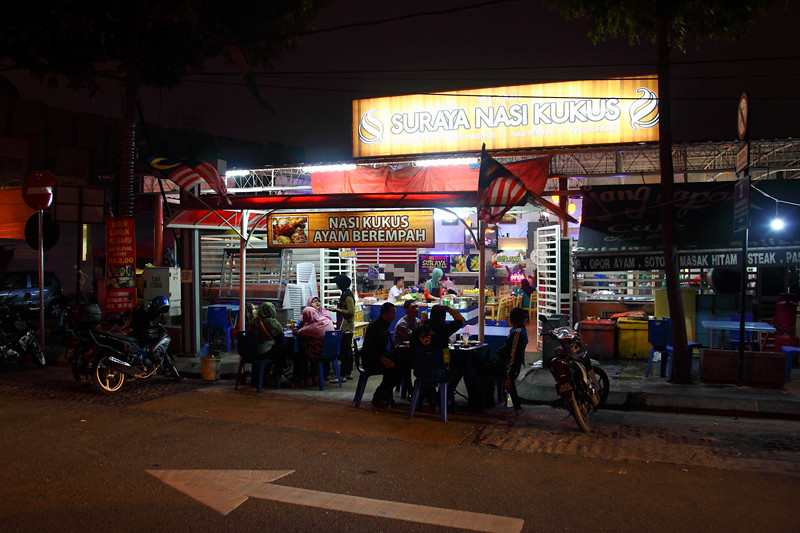 So far, we have yet to be disappointed by any meals we had and Kampung Baru and we look forward to try the other restaurants in the area. I have already earmarked a few to visit and can’t wait to return. Despite us being Chinese and all, there’s a certain charm to this enclave that keeps us coming back for more.