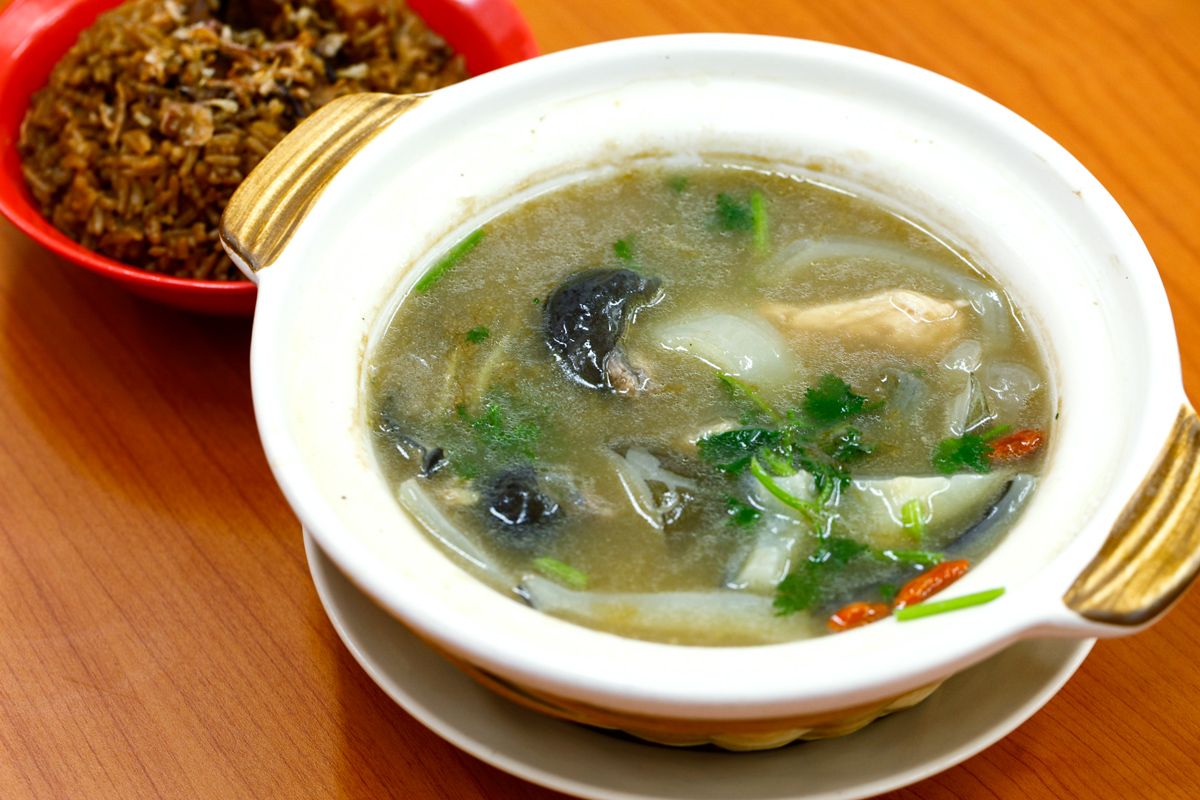 Back in the 50’s, soft-shell turtle soup was sold by vendors that ply the street in Singapore. It also served as a food tonic as the high gelatin content is great for hair, skin, immune system, digestion, joints and more. As time went on, business grew and many of them moved into proper shop lots to better serve their customers. 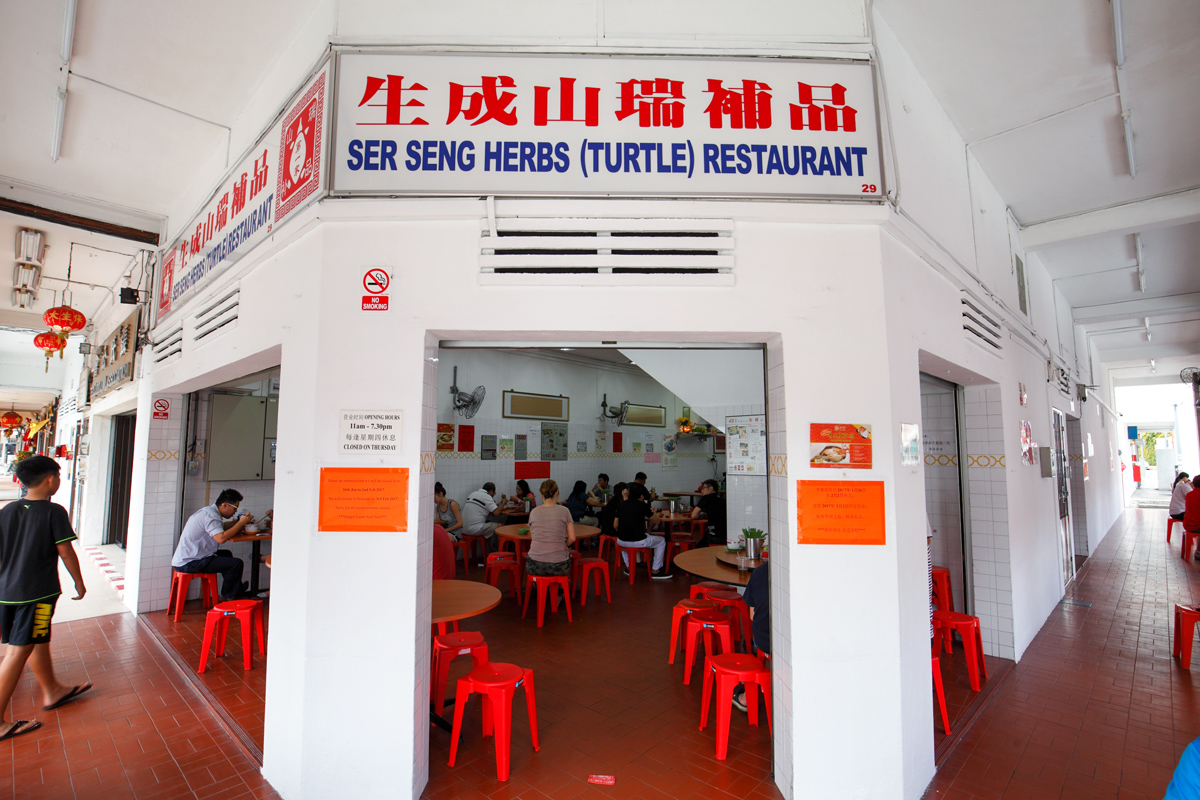 Currently, Tan Ser Seng Herbs (Turtle) Restaurant is probably the longest serving and most recognized restaurant in Singapore that serves this Chinese delicacy.
When we dropped by Geylang for lunch last weekend, it was also the busiest restaurant in the area. That says a lot about the place – especially considering the fact that it is surrounded by many other Chinese eateries. 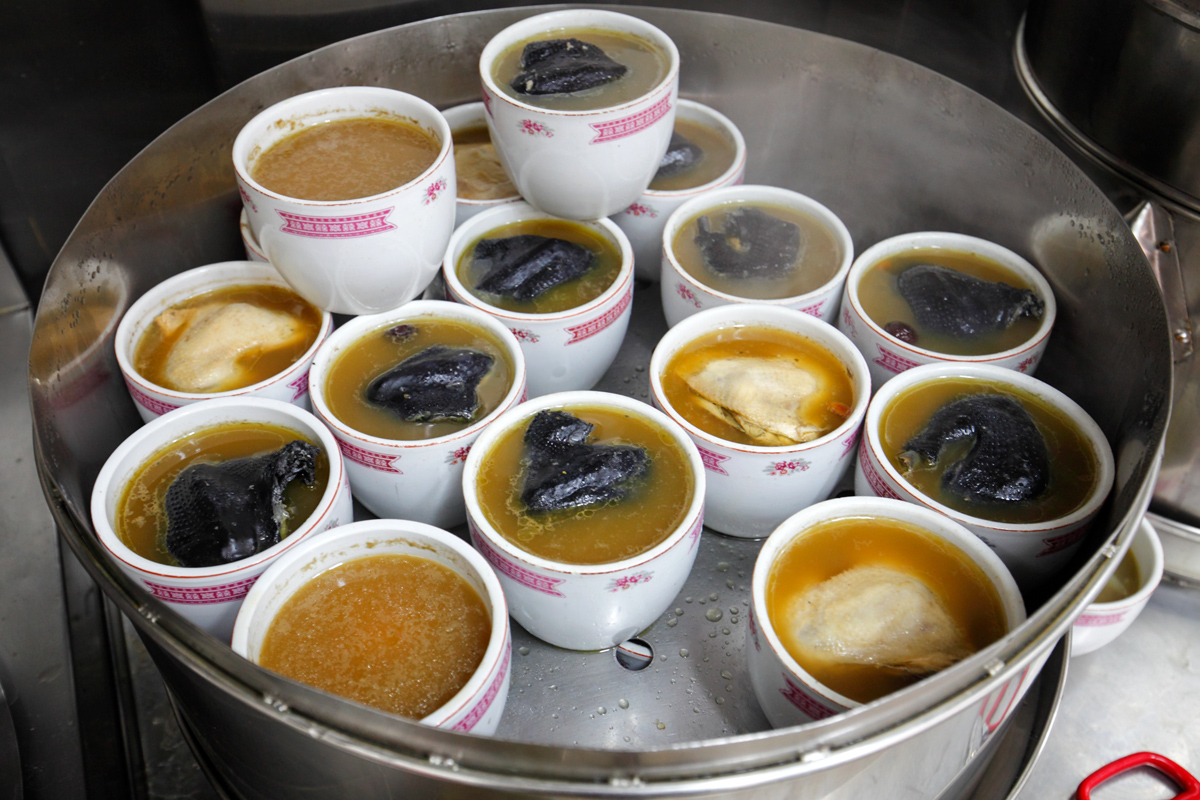 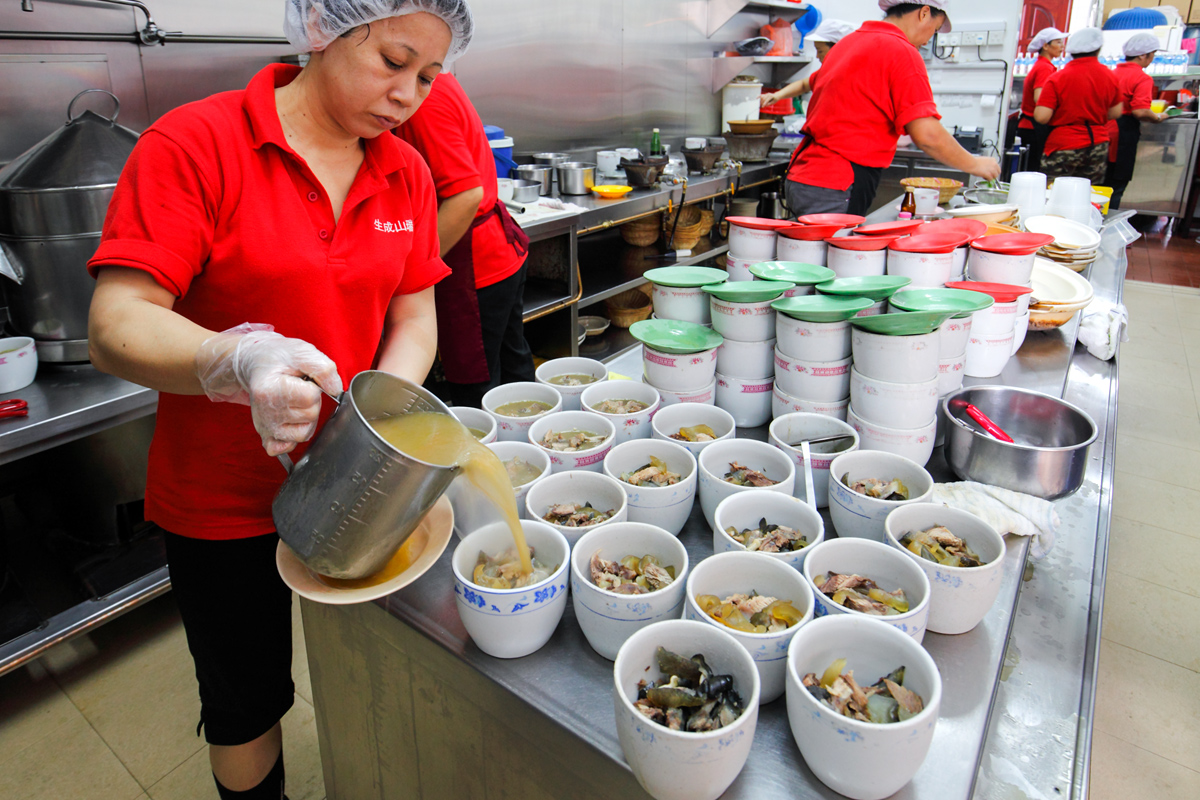 The current owner is the 3rd generation of his family to run the business which was started more than 70 years ago. The modus operandi was almost like how nasi kandar was sold in the older days, where a charcoal stove and pot of soup are carried and balanced on a bamboo pole.
Now, they are served from a modern and hygienic kitchen, but the amount of work that goes into preparation remains the same. The family has to be in the kitchen as early as 3am to prep the turtle meat (imported from Indonesia) and various ingredients for the soup. None of this is done by the staff as to preserve the original taste and quality of the dish. 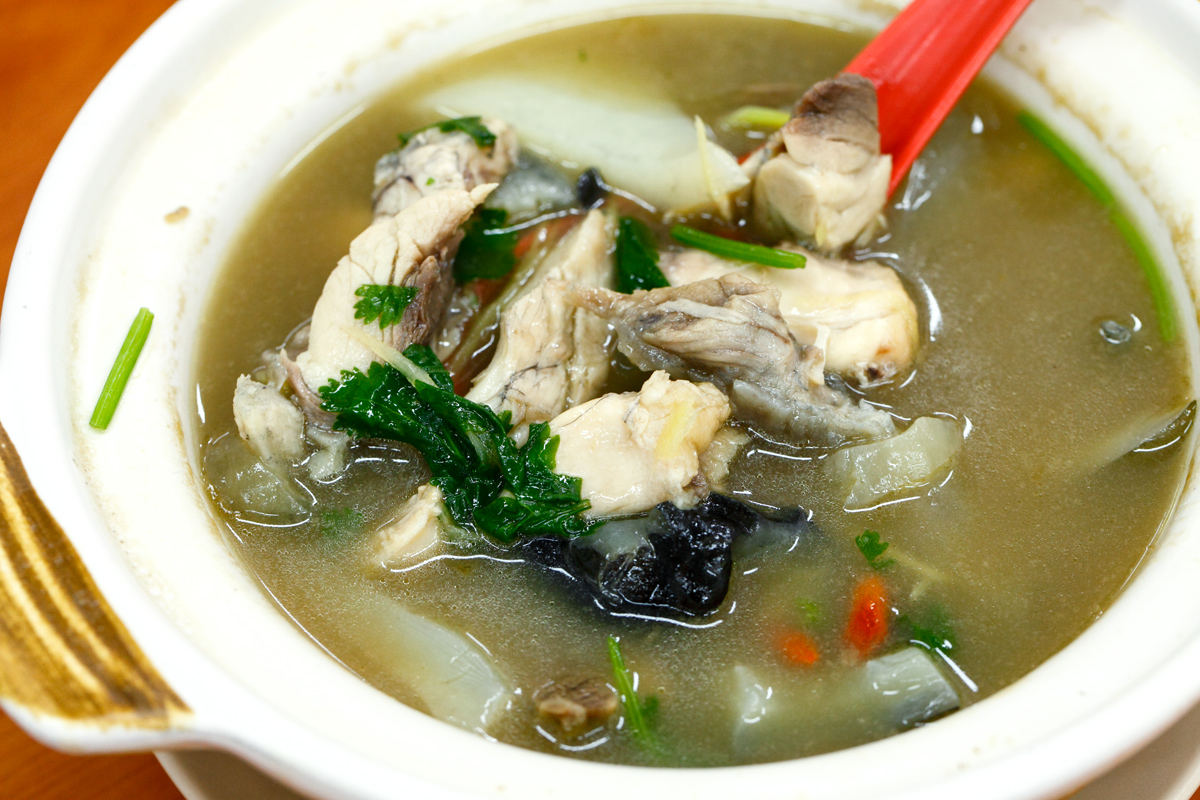 We had the clay pot turtle soup (砂煲山瑞) @ $24 which comes with a mix of turtle meat, shell and claw. The first thing I noticed after taking a sip of the soup was how it tasted similar to like bak kut teh, albeit less oily with a slightly toned down herbal note.
The turtle meat was tender with a pork like texture and flavor, it’s almost indistinguishable. We also loved the turtle jelly and claw (bone in) for their smooth, bouncy and gelatinous mouthfeel. Overall, it’s a uniquely delicious dish that surpassed our expectations and not as exotic as you would imagine. 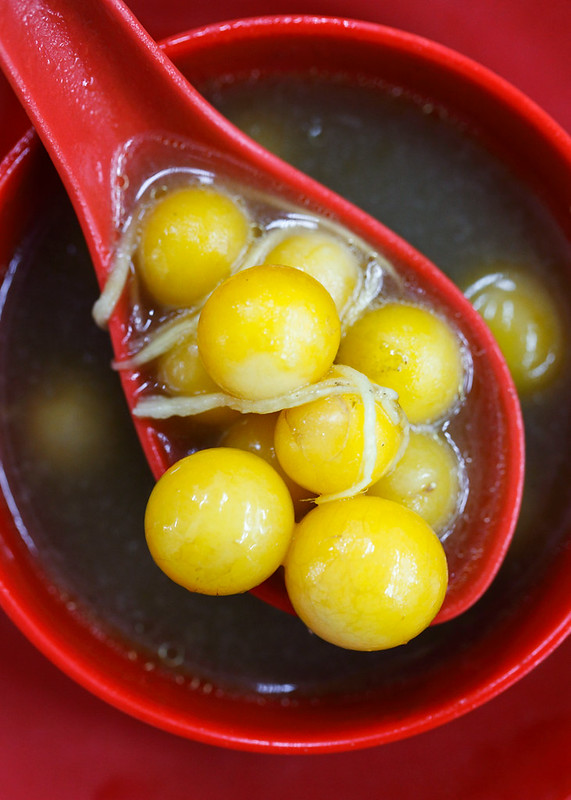 But for those who are adventurous enough, you can try the turtle eggs @ $3 for the smallest portion. It’s full of creamy yolk and they taste no different than chicken egg’s. They do pop in your mouth though, that’s the most interesting part of the experience. 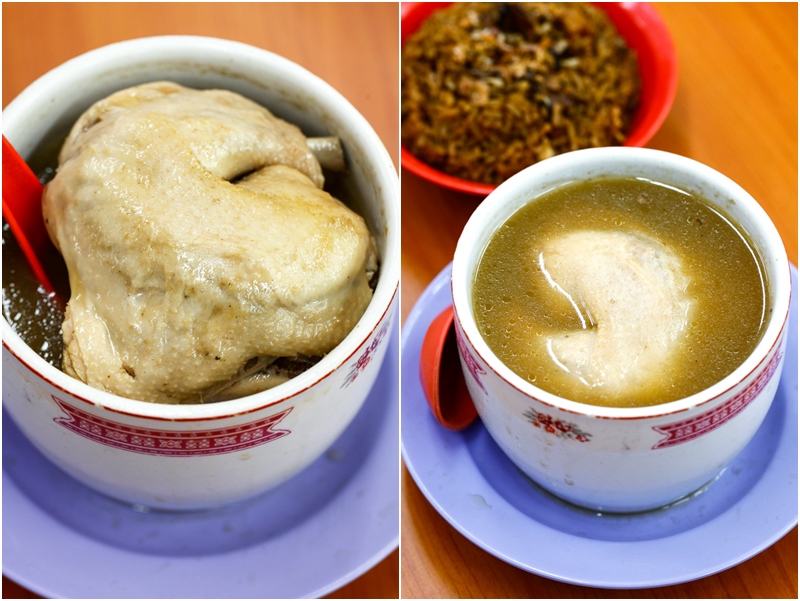 Besides turtle soup, Tan Ser Seng also serves two other equally popular and nutritious double-boiled soups: Black Chicken Herbal Soup and Chicken Soup with Cordyceps. If you prefer one that’s lighter in herbal taste, the Chicken Soup with Cordyceps (冬虫夏草鸡) @ $13 should be your pick.
As you can see, a meaty chicken leg quarter is given so you just need to add on a bowl of rice for a satisfying meal. Some of the health benefits from consuming this soup includes improved respiratory health, better heart health, body detoxification and slower aging process. 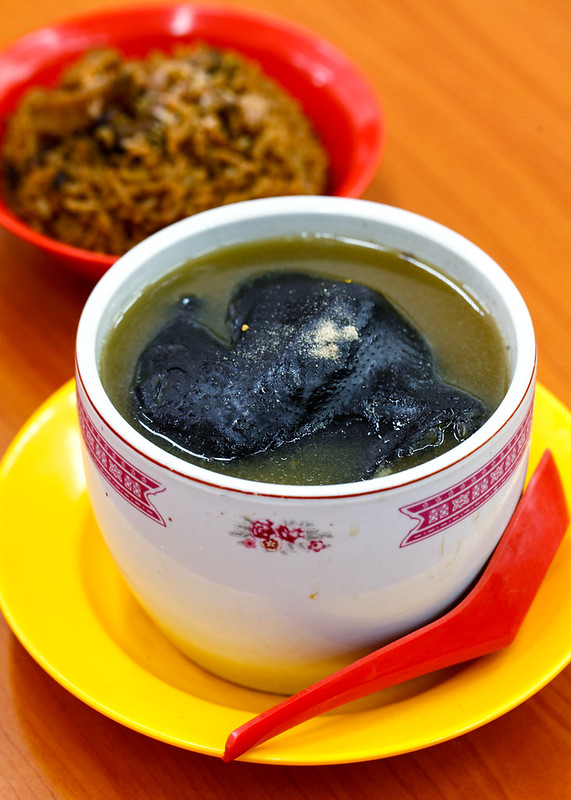 The Black Chicken Herbal Soup (清燉黑鸡) @ $13 is traditionally prepared with the addition of ginseng for a boost of energy. If you dig in, you will find an entire stalk of ginseng root.
Couple that with the use of precious black chicken, this soup is worthy of its price tag. Taste wise, the black chicken is fall off the bone soft after being slow cooked for hours and the meat literally melts in your mouth. 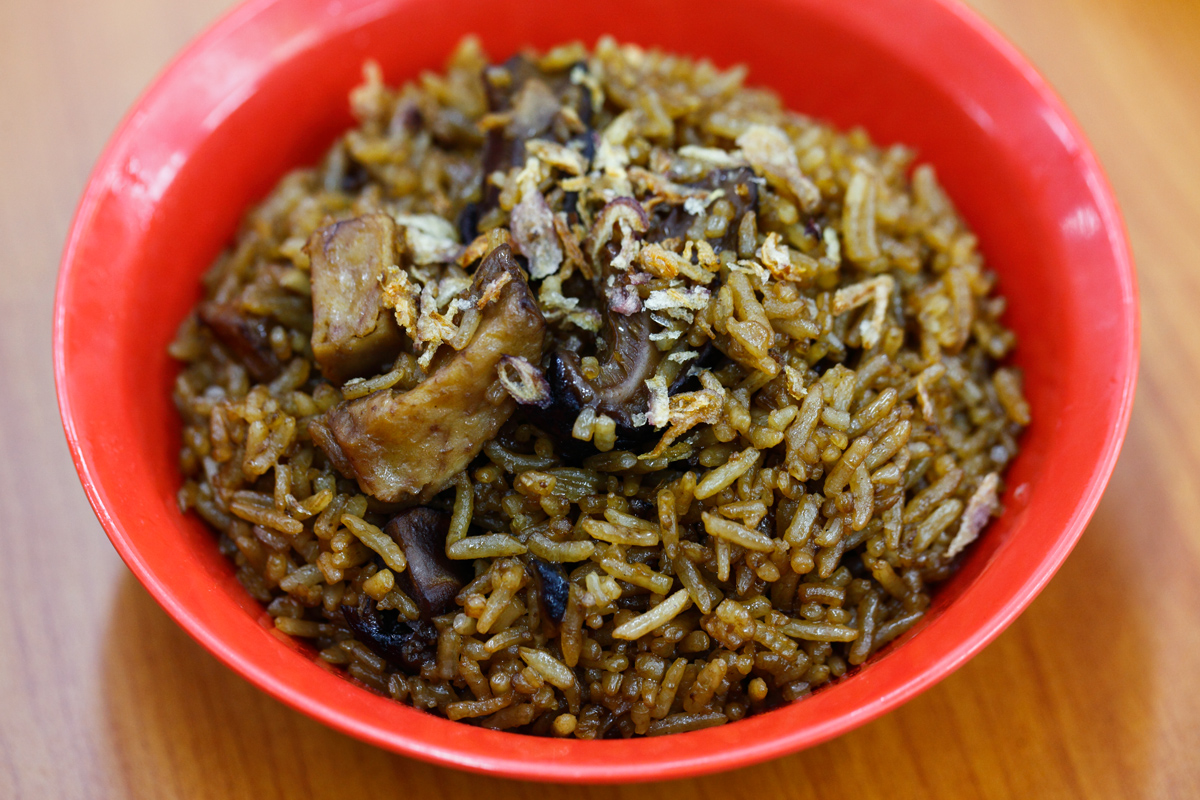 Before you leave, make sure you try the yam rice ($1.30) too. It has dried shrimps and mushroom on top of the yam chunks which gives it a fragrant aroma. The yam rice fondly reminds me of what my grandmother used to cook when she was still around. 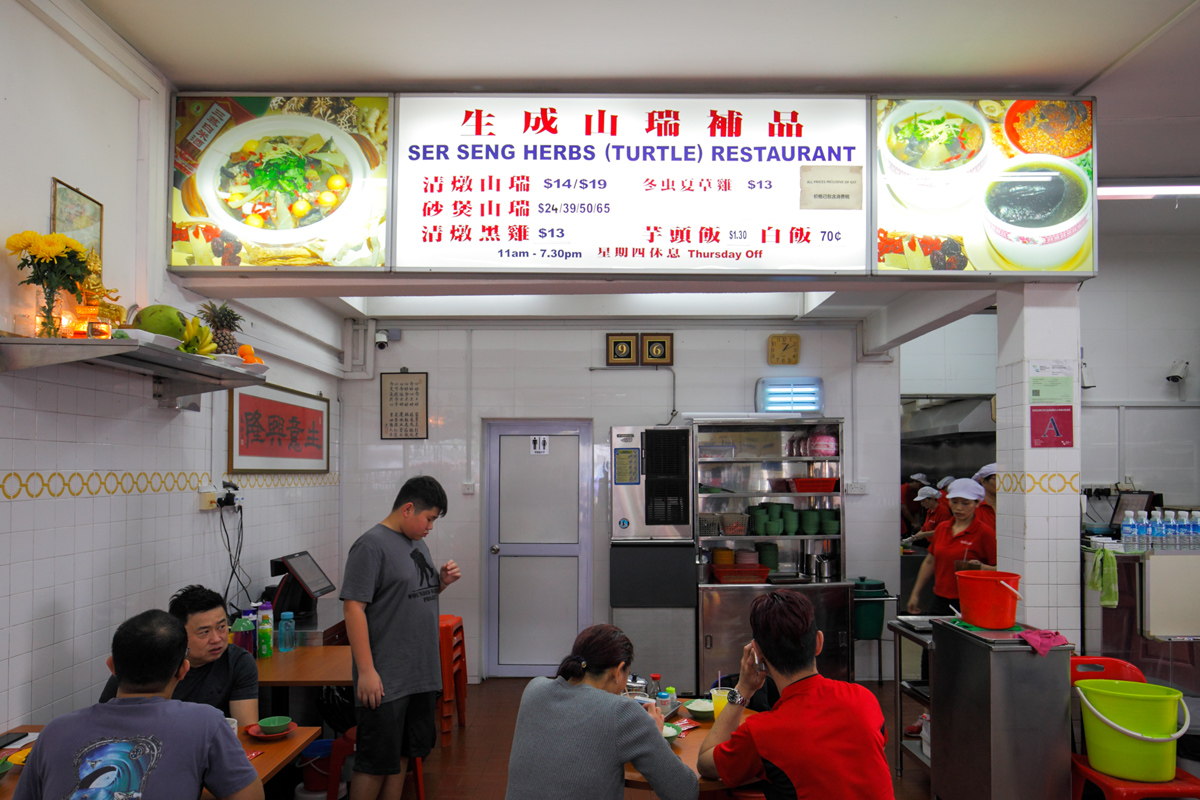 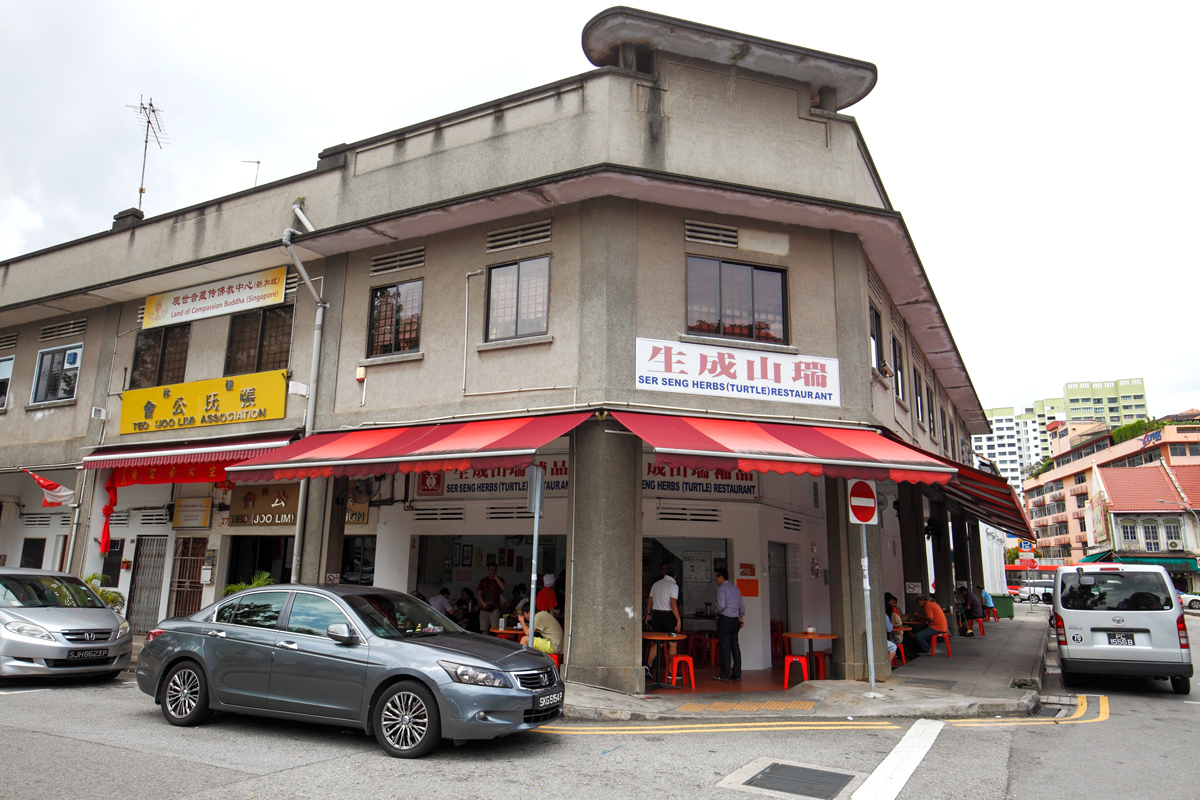