Taiyaki literally means ‘grilled sea bream’ but it could also refer to a popular fish shaped pancake in Japan. It is a cute snack usually enjoyed with a red bean filling but as time changes, more choices of filling are available.
You may have seen something similar being served as dessert at some Japanese/Korean restaurants. The main difference is that those are mass-produced and sandwiched mostly with ice cream than anything else. 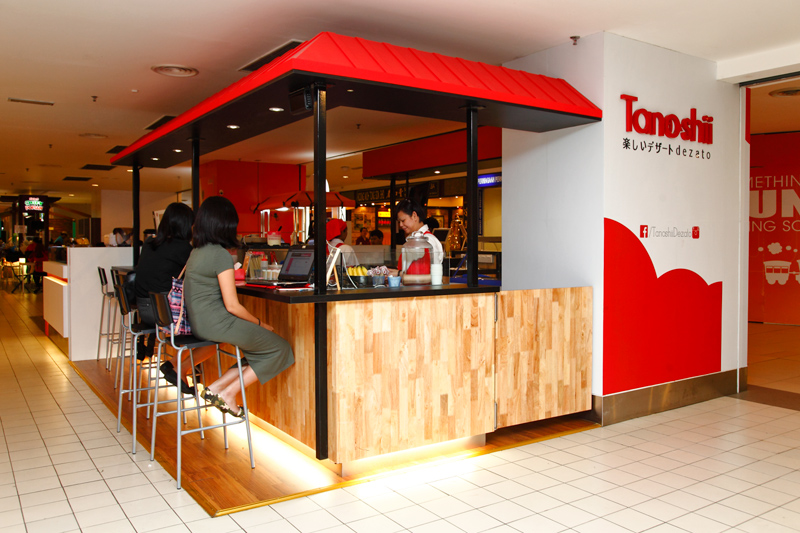 However, if you are looking for freshly made taiyaki, you can find it at Tanoshii Dezato at the lower ground floor of Tropicana City Mall. It looks and feels like a waffle kiosk but the steps involved in making a taiyaki is a lot more complicated and tedious.
And instead of serving the taiyaki as it is, ice cream and fresh fruits are also added on top for a fusion taste. This way of serving taiyaki is not new though, as a famous taiyaki chain called Tai Parfait in Singapore and Indonesia has been in this business for quite some time. 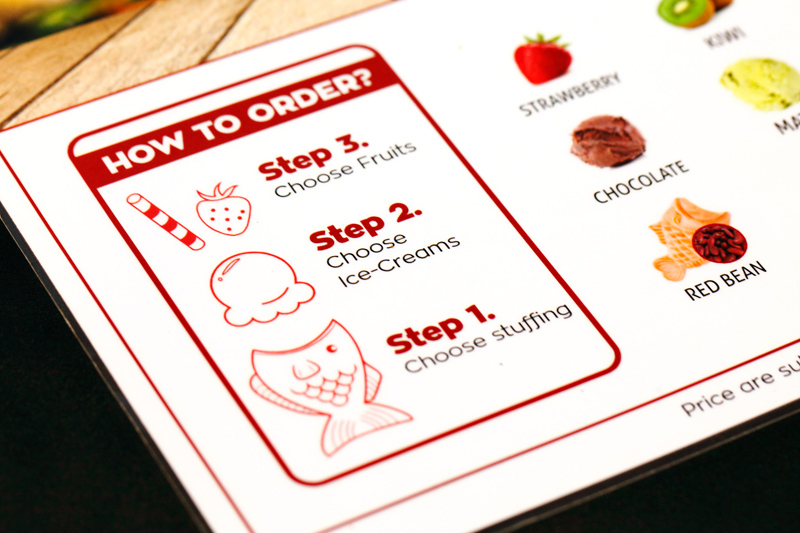 You could customize your very own taiyaki with a variety of stuffings, ice cream flavors and fruit toppings @ RM12.80 each. If you are feeling a little lost, you can also refer to their menu that features some of their signature pairings. 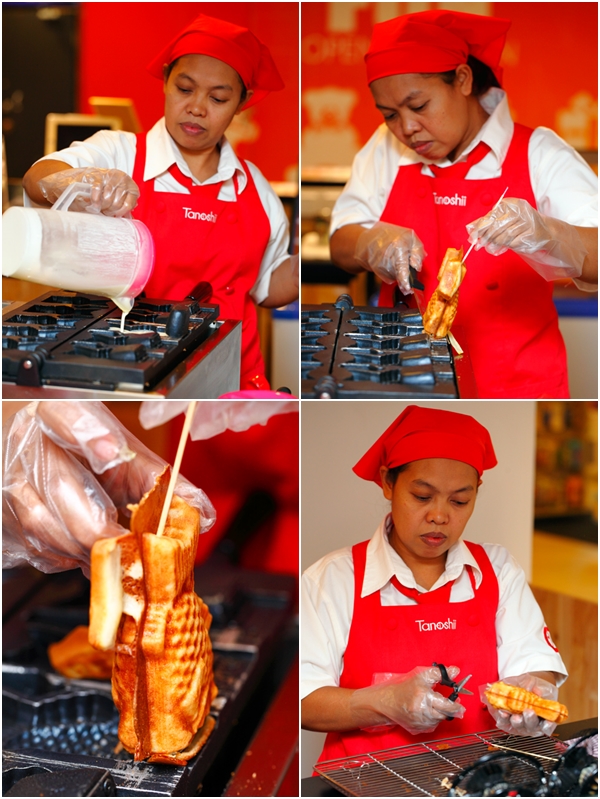 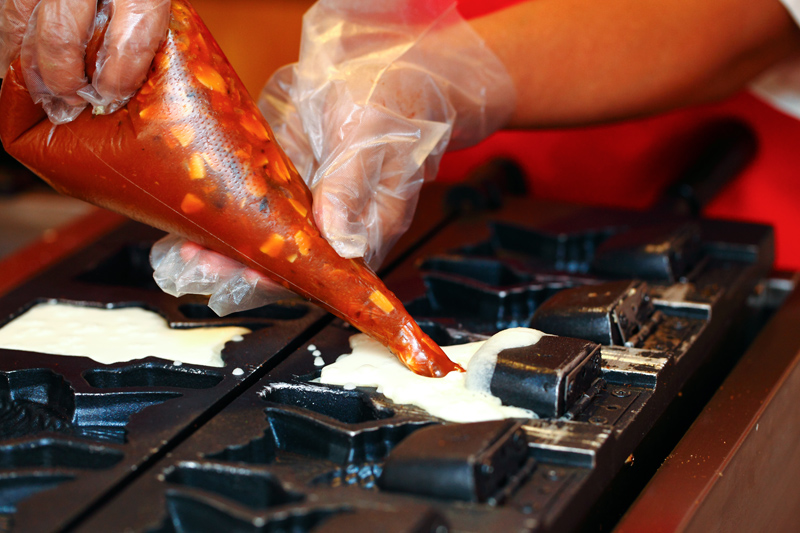 The taiyaki takes about 6 minutes to be ready so it might not be an ideal snack for those who are in a hurry. 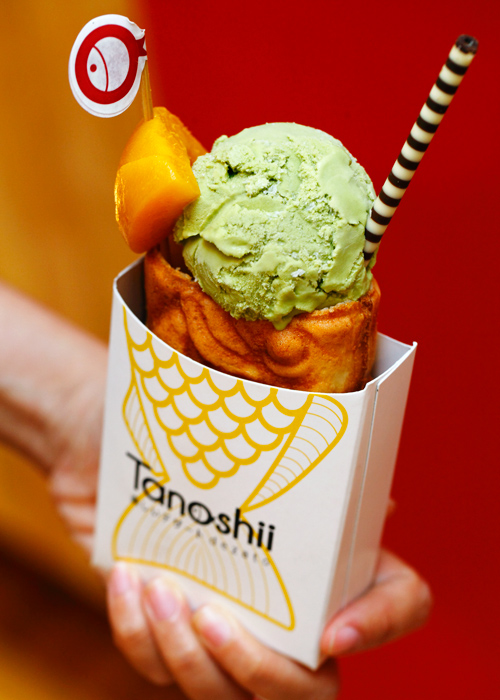 Red bean and matcha is a proven pairing that’s almost guaranteed to work. As you can see, the ice cream is placed on top of the fish as though it’s being swallowed. At this point, you decide how you want to eat it but I gotta warn you, it’s going to get messy especially when the ice cream melts. 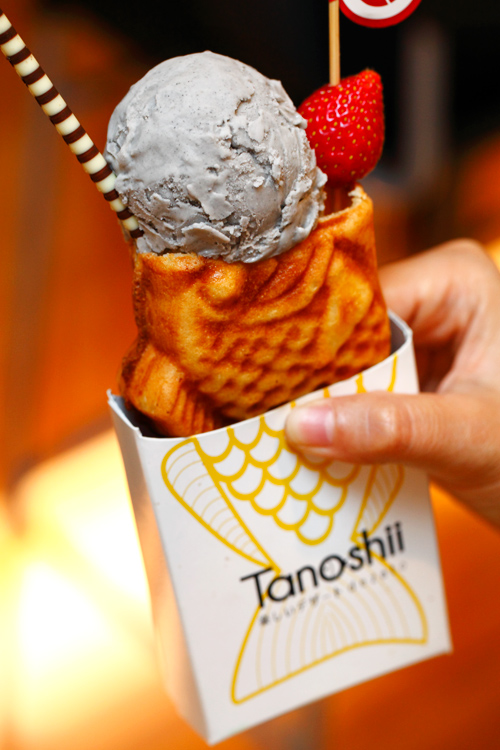 We also tried a combination of caramel almond and black sesame ice cream, it was quite nice. The pancake is crunchy and warm on the outside and chewy (but not soggy) inside after absorbing the melted ice cream. 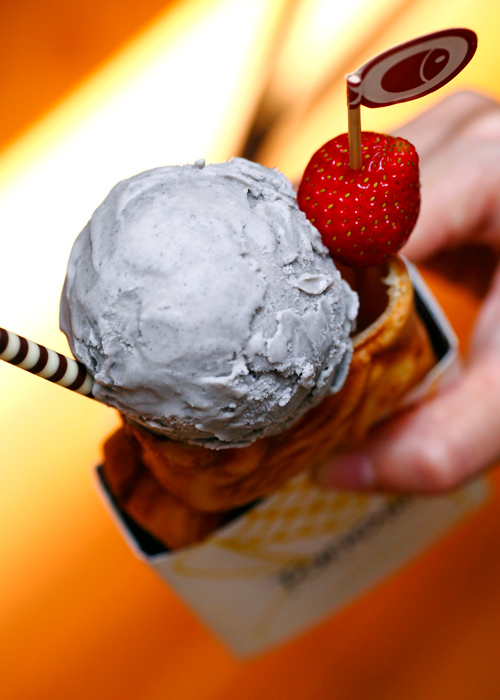 From what we were told, everything used to make the taiyaki at Tanoshii Dezato (including the ice cream) is homemade and most of the ingredients are imported from Japan for authenticity sake. 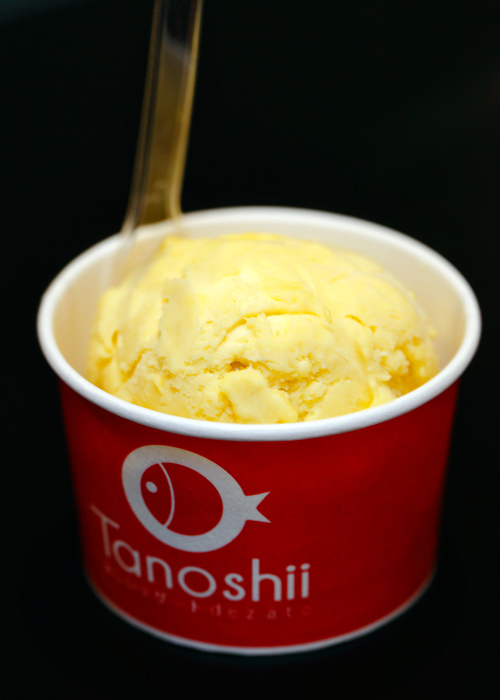 Besides taiyaki, ice creams are also available by the scoop @ RM7. Among all flavours we tried, the Belgian double chocolate and black sesame were tied as the best while the green tea and mango did not disappoint. 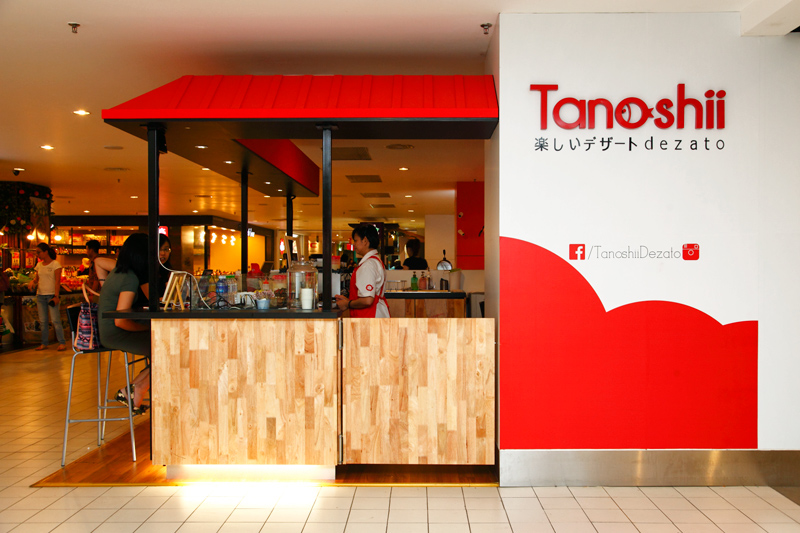 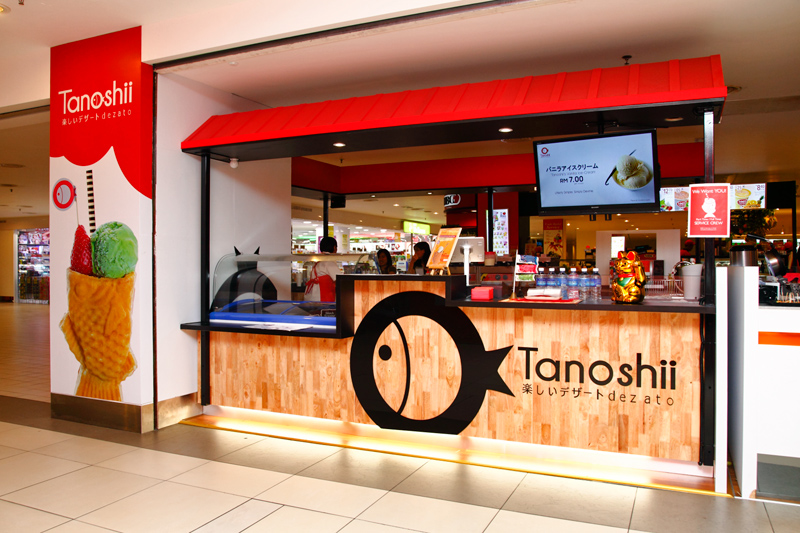 Overall, Tanoshii Dezato’s taiyaki is not only visually appetizing but delectable as well, although I have to admit the prices are slightly higher than what we hoped for.