The fact that Sasagawa is headed by a team of chef and staff made up of largely Japanese is a giveaway that this restaurant means business. Sasagawa is also named after its head chef – Mr. Hitoshi Sasagawa who trained and developed his skills under renowned Tadamichi Ota of ‘Iron Chef’ fame. It is no wonder Sasagawa is rising fast to be one of the top Japanese restaurants in KL despite being barely 6 months old. 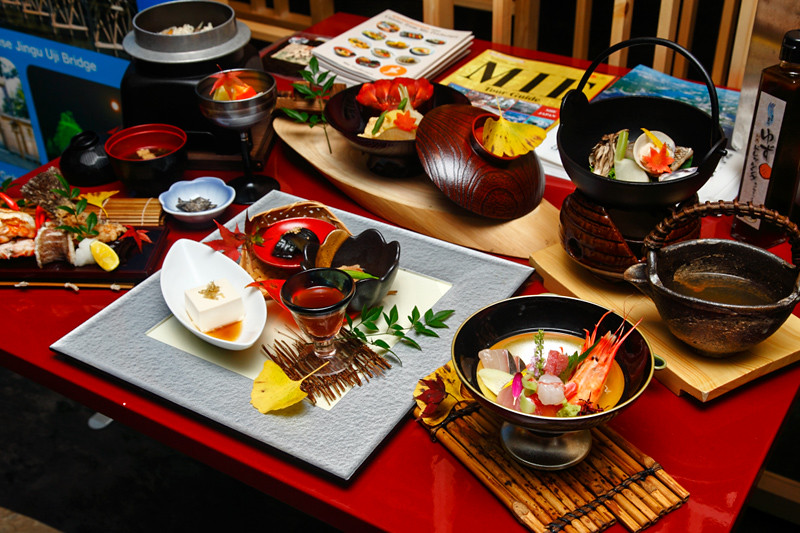 High quality and fresh produce plays a huge role in Sasagawa’s menu, which is why they are imported five times a week straight from Japan. That’s as frequent as it gets, in fact double the number of times that a normal local Japanese restaurant would do.
In conjunction with “Taste of Mie“, a special dinner course featuring the finest ingredients from Mie Prefecture priced at RM300 was launched at Sasagawa on 3 days ago on 24th Nov. 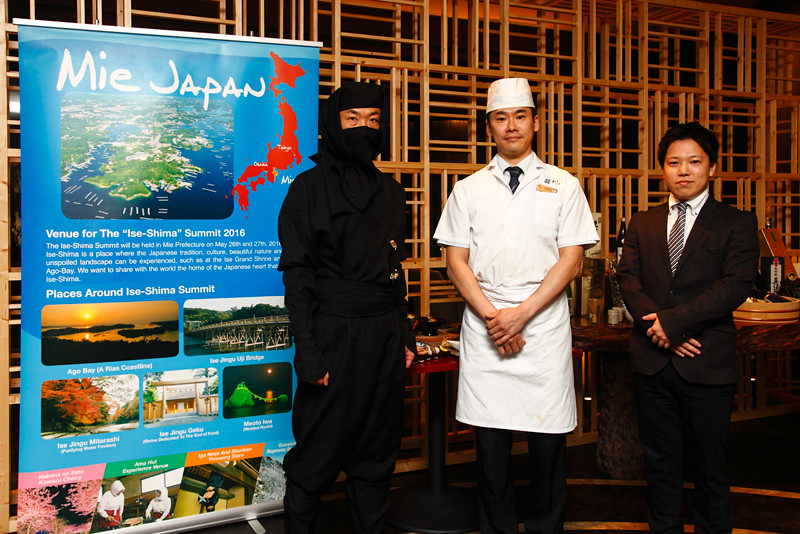 Here’s a fun fact worth knowing: Mie is where the famous Japanese traditional martial arts Ninjutsu was born. Which was why the representative from Mie was dressed as a ninja while delivering his welcoming speech. Flanking him are Chef Sasagawa himself and the restaurant’s manager.
Blessed with natural waters and mountains in the center of Honshu, Mie is well known for its various seafood and Matsusaka Beef (one of the top three Wagyu) within Japan.
There’s no Matsusaka Beef in the dinner course though, or else the price would’ve easily been RM500 or more. Not so feasible if you ask me. However, there’s plenty of imported seafood included in the dinner course such as sashimi, Japanese spiny lobster, scorpion fish and clams. 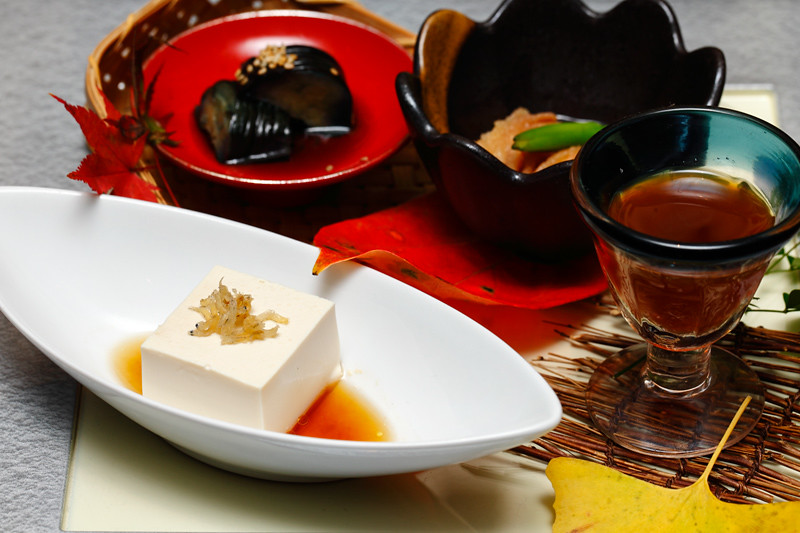 Before the course starts, sip on a cup of pure date vinegar to warm up your appetite. It helps in your digestion too. The appetizers encompass 3 small and simple dishes of Setouchi’s Bittern (Nigari) tofu with Yuzu dressing, Fried Greenling fish with Kinshinsai and Autumn Eggplant with Sesame Cream. The tofu was extremely creamy, almost cheese-like while the Greenling fish had a unique bacon-like taste which you need to try to believe it. 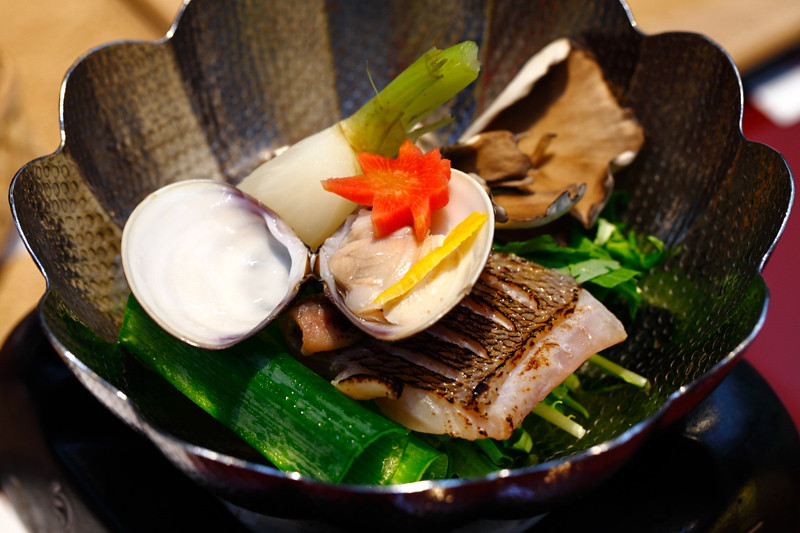 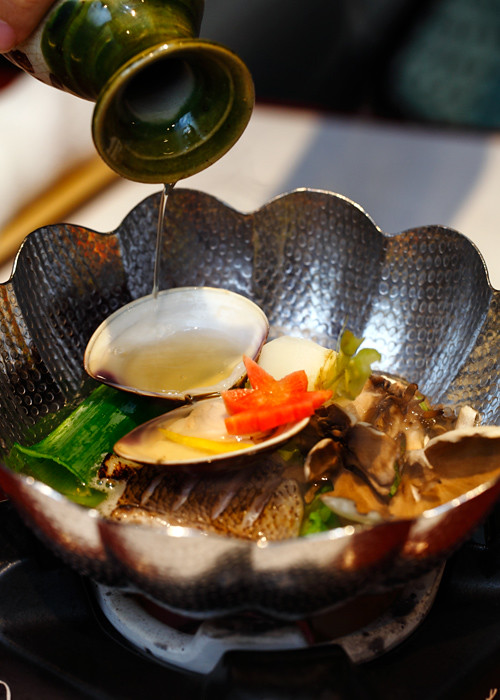 Mie’s Clams in Clear Soup also comes with a slice of pre-grilled scorpion fish fillet. As the soup boils down and thickens up, the flavor intensifies and develops a sweet taste with a hint of smokiness and subtle citrus aroma from the tiny slice of orange peel. 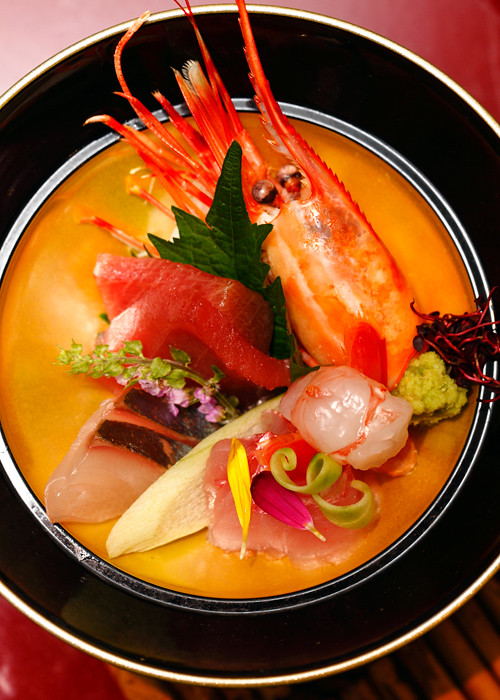 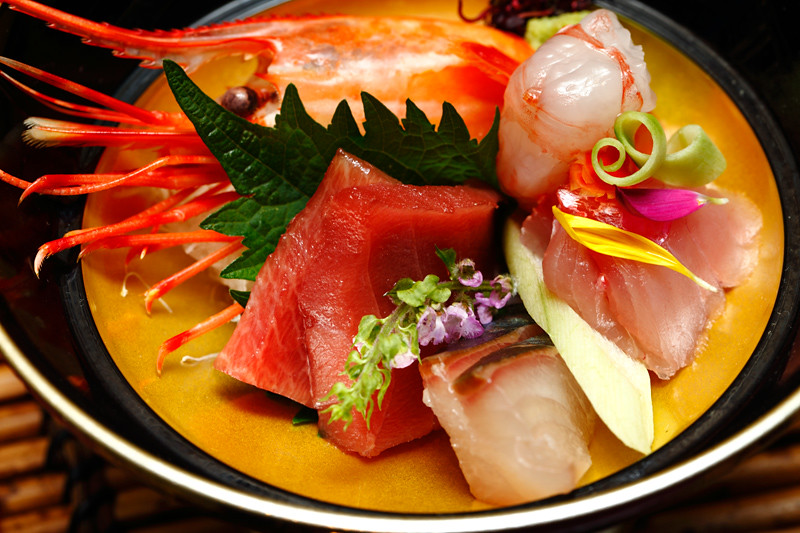 Next, 5 kinds of the freshest sashimi of the day. I don’t know if there’s any word other than fresh to describe the superb sashimi, because that’s all it is. Special mention goes to the Amaebi, it was unusually fat and sweet with a creamy texture. If you want anything fresher, fly to Japan then, I guess. 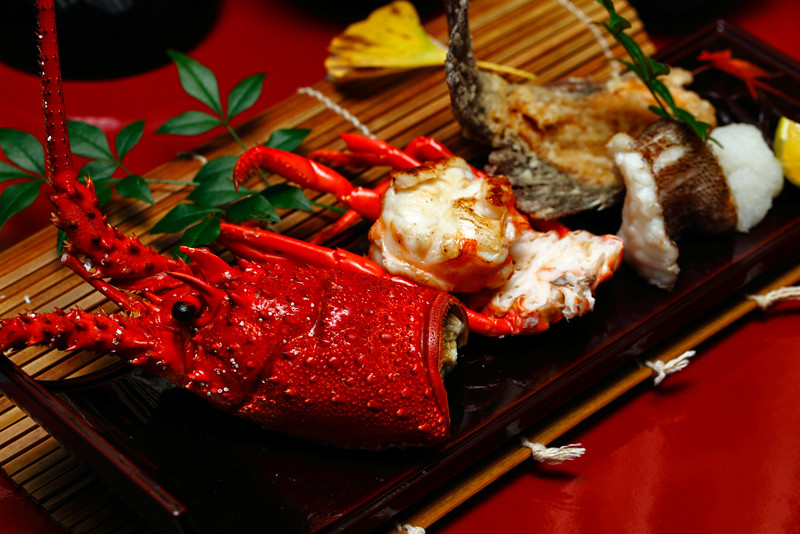 Here comes the main dish – Grilled Mie’s Scorpion Fish and half a Japanese Spiny Lobster (Ise-Prawn) that offers a contrasting taste experience; one being sweet while the other savory. Nothing on the Scorpion Fish went to waste and the bones were deep-fried to an addictive crunch. 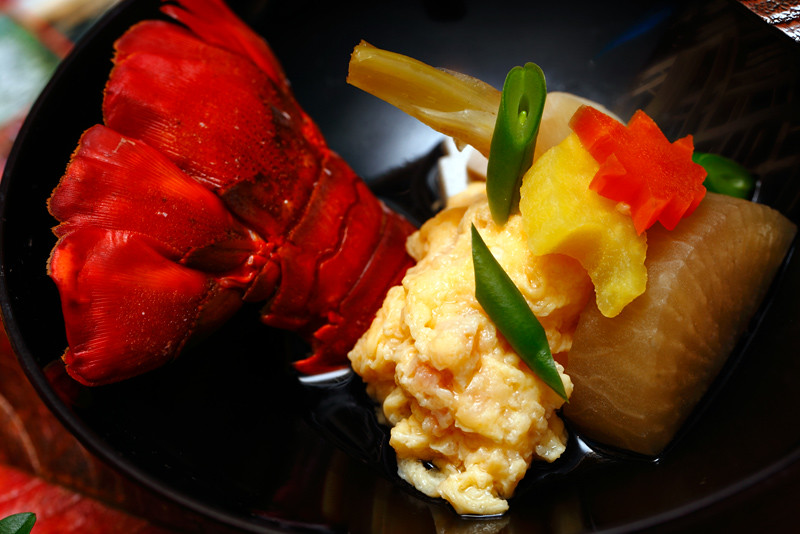 The tail section of the spiny lobster was simmered into a creamy and succulent dish, served with Ginkyo, Japanese Red Kintoki Carrot and green beans. 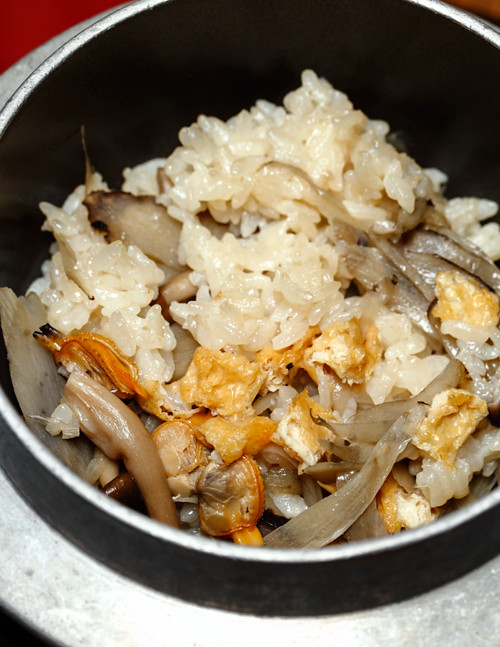 It wouldn’t be a complete Japanese dinner without rice. Kamameshi (kettle rice) boiled with Mie’s Clams will definitely fill you up if the previous dishes didn’t. The blance of ingredients that went into the kamameshi is commendable so no one flavor dominates in this moist and comforting rice dish. 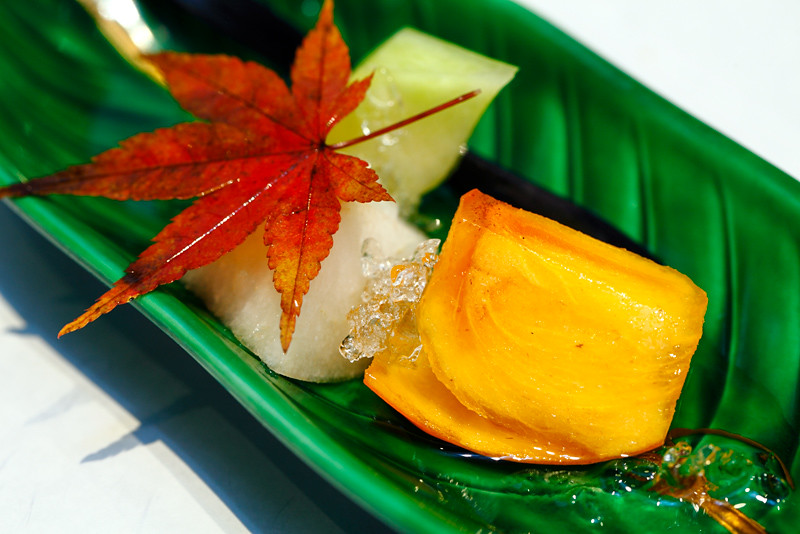 Lastly, some seasonal fruits from Japan to wrap up the dinner. Extra juicy, sweet and refreshing. 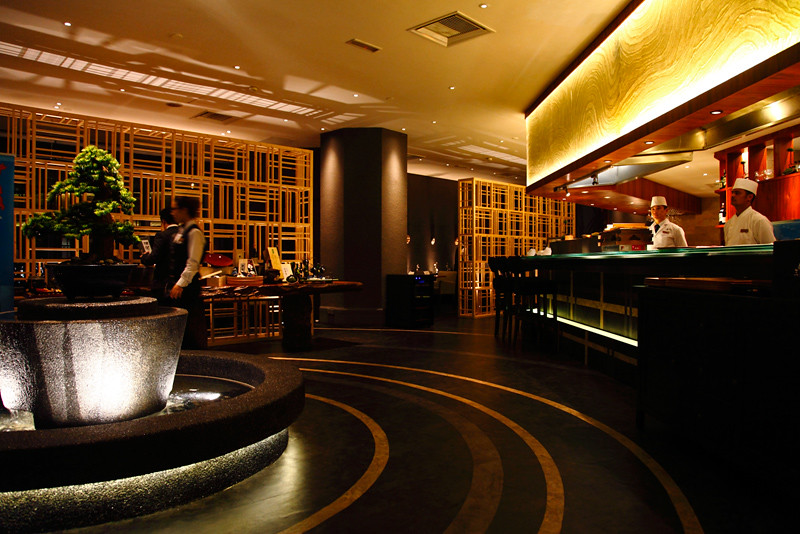 Frankly speaking, RM300 might seem a lot but it’s actually justified considering the amount of work that goes into making 10-12 individual dishes that make up the dinner course. Not to mention almost all the ingredients used are mostly seafood (lobster, clams, sashimi, fish) imported straight from Japan and the freshness is bar-none one of the best in the city. 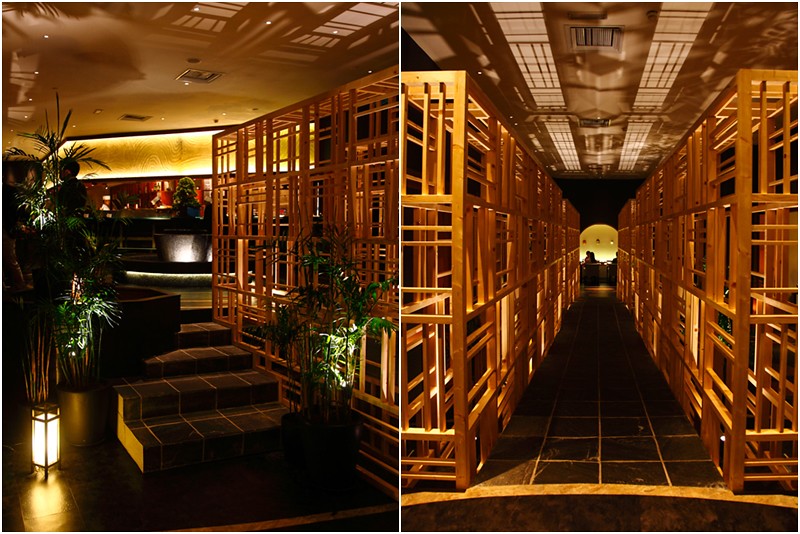 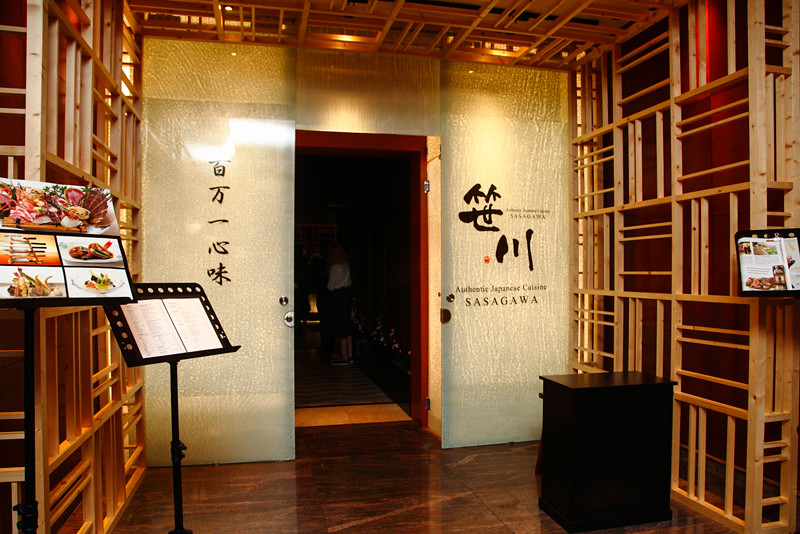 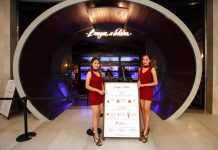 A Week of Feasts: 7 Places to Buka Puasa this Ramadhan