During our dinner at Ippudo a few months ago, we had the pleasure of meeting Mr.Tomo Kudo who is also the company’s Regional Operations Consultant. Being a huge fan of Japanese food, we asked him where does he get his fix of authentic Japanese food, because you know, who better to ask than a Japanese? He then recommended us Toku Toku just a few streets down the road from Pavilion, and so here we were. 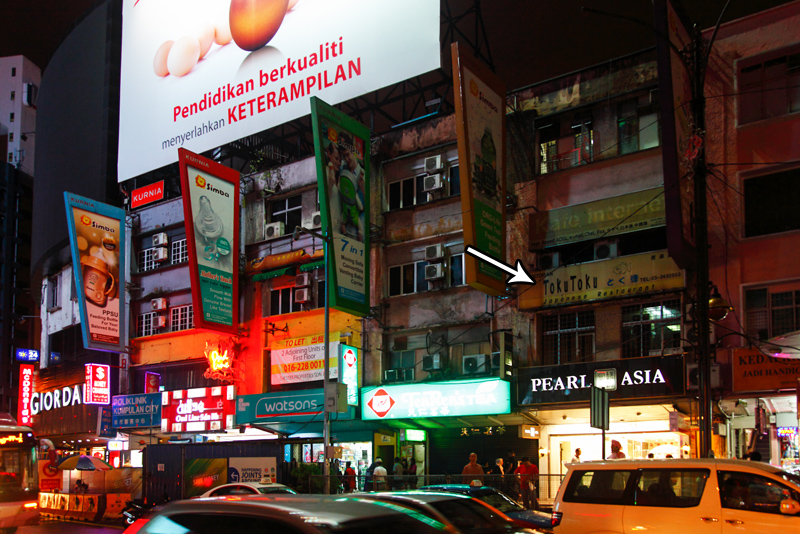 Toku Toku is not hard to find but you probably did not notice its existence along the rows of shops just further down from McDonalds. More over, the presence of numerous dingy massage parlours and street hustlers promising ‘a good time’ makes this a not-so-family-friendly place to visit.
Anyway, don’t be turned off by the ladies ‘guarding’ the staircase leading up to Toku Toku. As soon as they know you’re not there for massages they will leave you alone, and even tell you if they’re open. 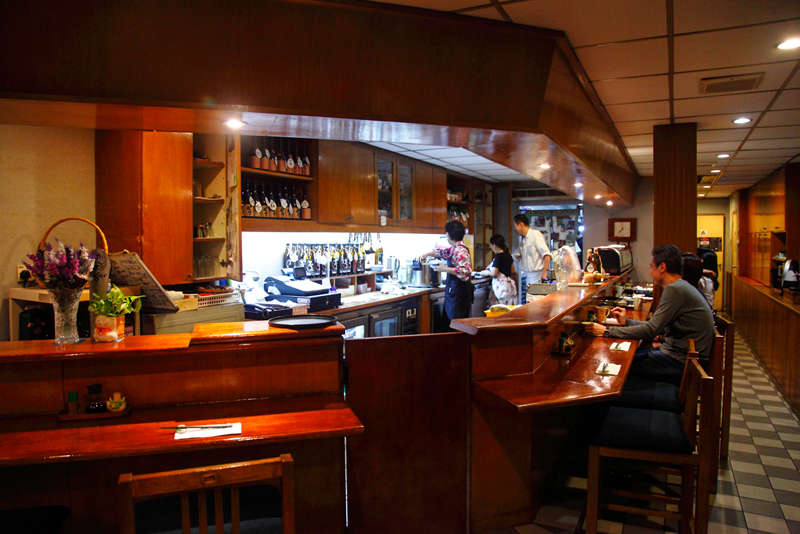 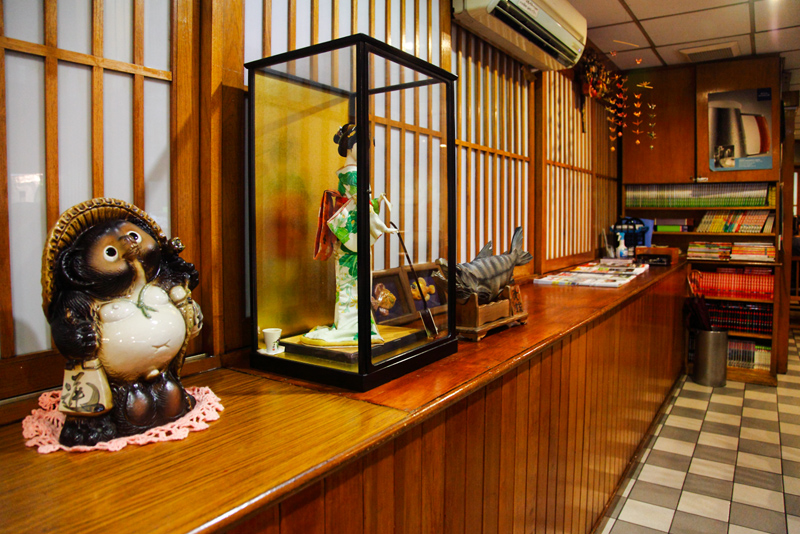 Once you step in past the sliding door, you are transported into a traditional, Izakaya-like restaurant that seems to be stuck in time. A sense of nostalgia immediately kicks in and for the entire time you’re there, you won’t feel like you’re in the middle of KL. Even more so when you are surrounded by Japanese expats, something that only further indicates the authenticity of this place. 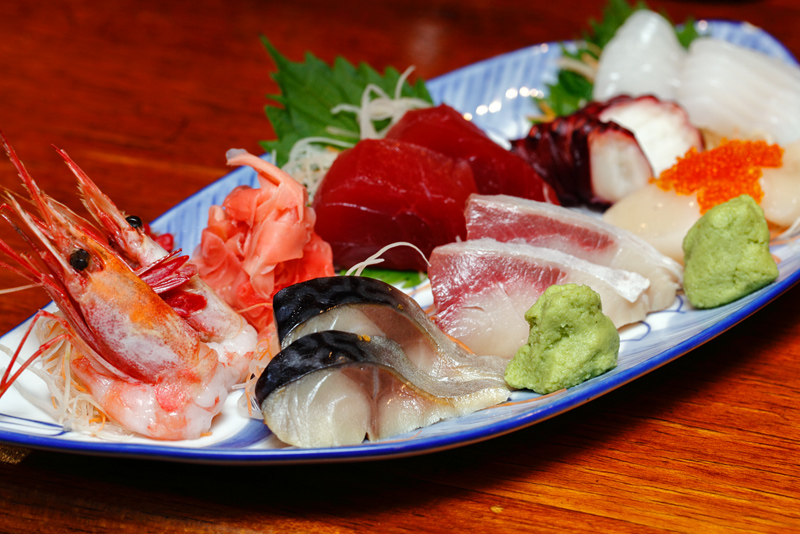 The menu is a thick photo album with simple English translation of the dishes, mostly traditional Japanese offerings. As usual, we started off with sashimi and picked the chef’s selection of sashimi @ RM90 that included amaebi, yellowtail, tuna, tako, ika, mackarel and hotate.
Another version is the 5-types sashimi that clocks in at a slightly higher price of RM95 a serving. If you are feeling adventurous, even horse sashimi is available for you to try. 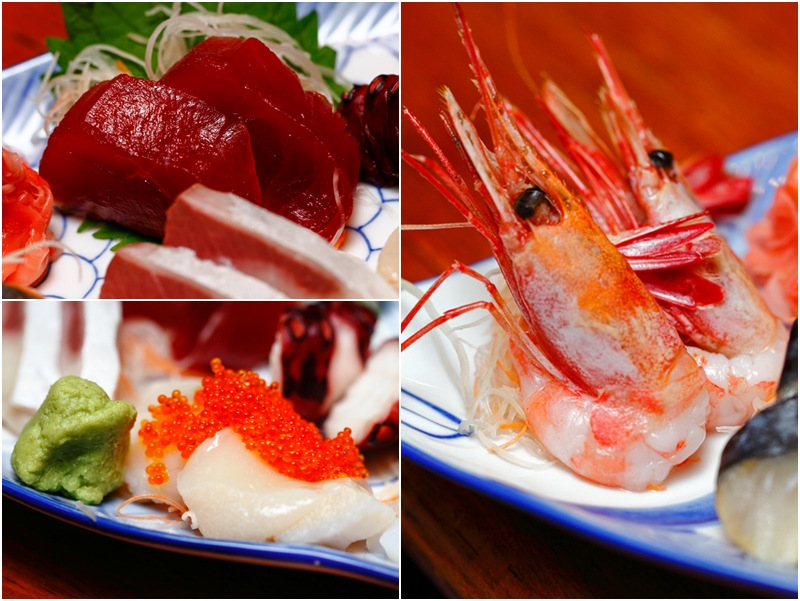 The sashimi slices were thick and needless to say, fresh as well. Among all, the tuna impressed us the most because of its vibrant dark red color. Although color can be deceiving sometimes, it’s not the case here. It was absolutely delicious, silky with a buttery quality, unlike the pinkish ones you get elsewhere that are stiff and chewy. 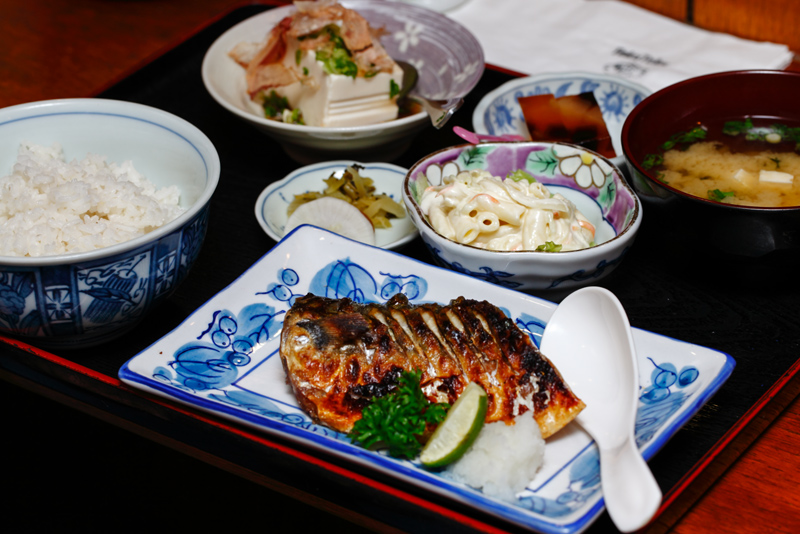 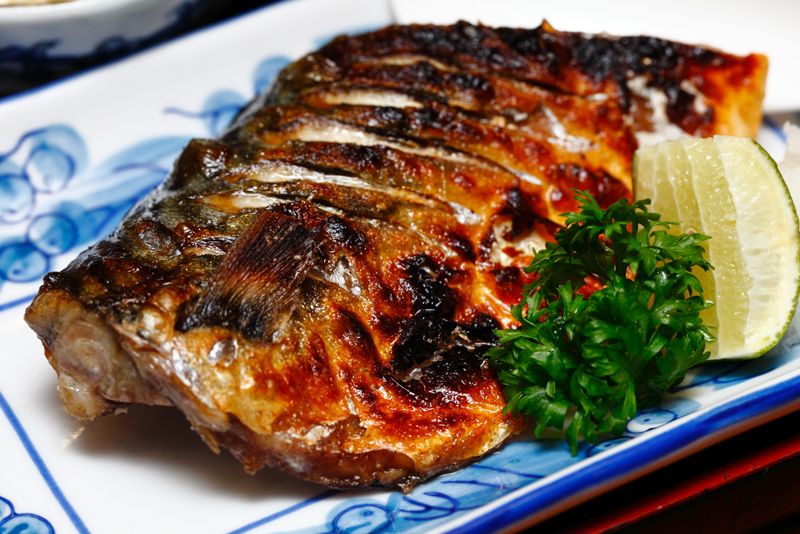 Having ordered a sashimi that already set us back by a hundred bucks, both of us had a set meal each to keep the meal’s cost as low as we could. Depending on which main dish is in it, the dinner sets are priced between RM30 and RM60.
SL had the Saba Shioyaki set @ RM38 while I had the Mixed Fry Zen set @ RM56. There is no surprise in the set except for the sweet jelly dessert, as it comes with the usual appetizer, miso soup, salad, tofu and pickles. 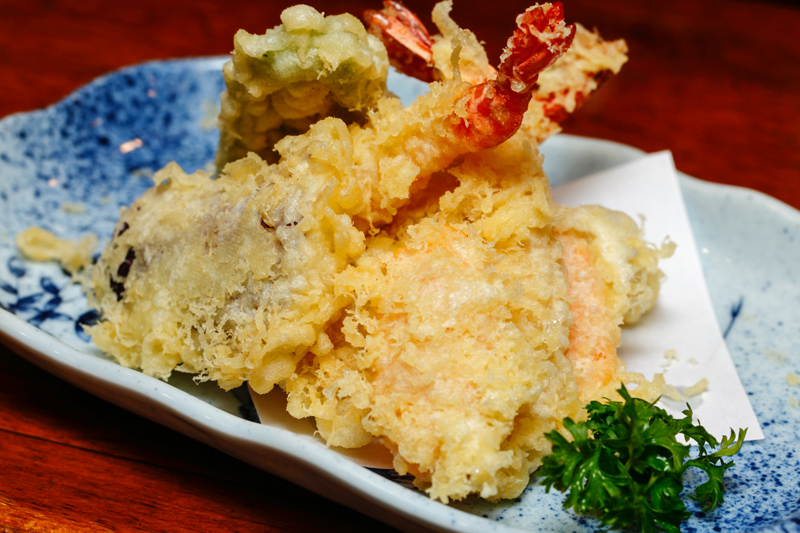 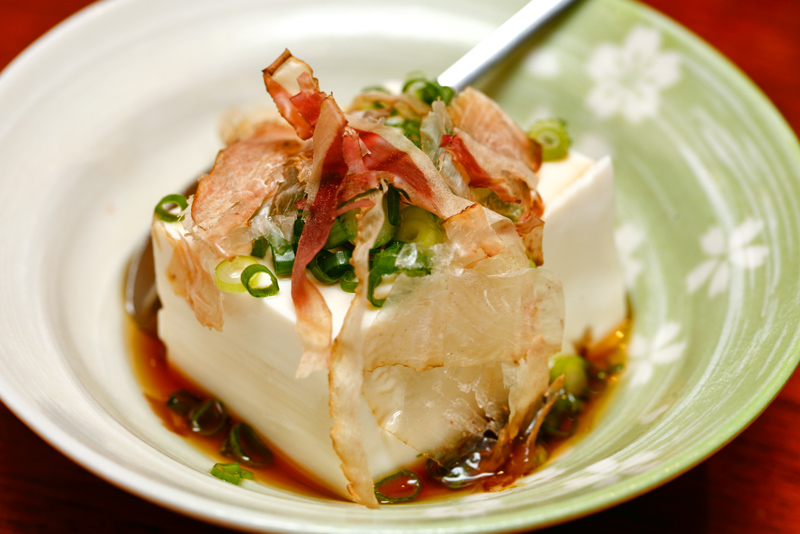 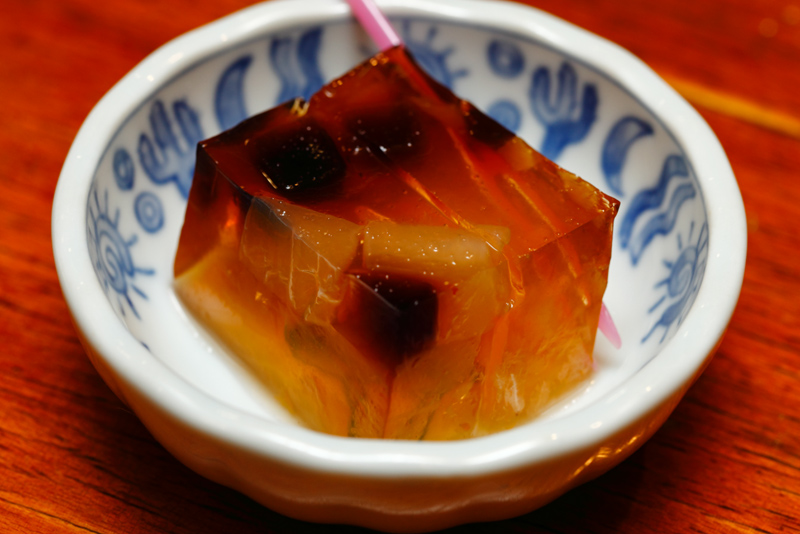 Everything tasted great and the main dish had a generous portion size. So despite the higher price, you definitely get the value in return. 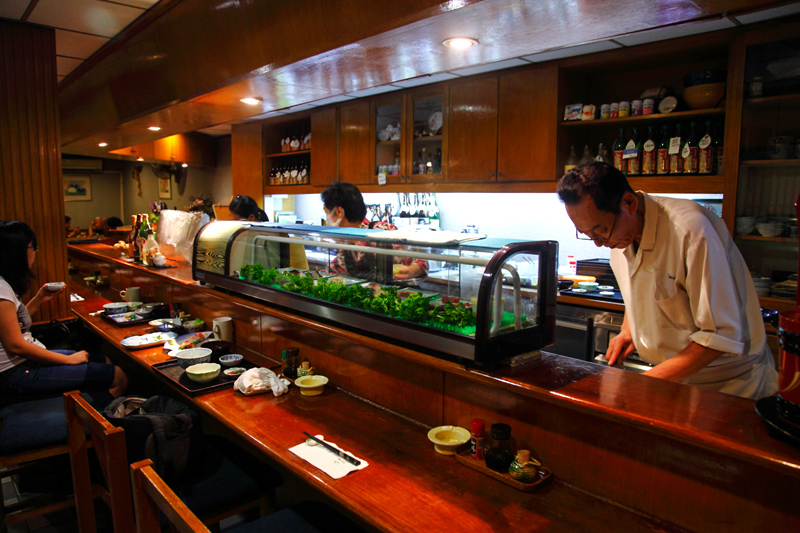 Overall, we were pleased with our first visit here and we will surely return again. Next time, we will try their a la carte dishes instead getting the same ol’ sashimi and set meals. The service is informal but friendly and there’s no barrier between you and the chef.
After the meal we chatted for a bit and found that he’s actually from Tokyo and has been operating the restaurant for more than 20 years. What’s more amazing is that he has never advertised in any paper, and only relied on word of mouth to keep customers coming in. That turned out to be true for us – because if it wasn’t for Mr.Tomo’s recommendation, we wouldn’t be here at all. 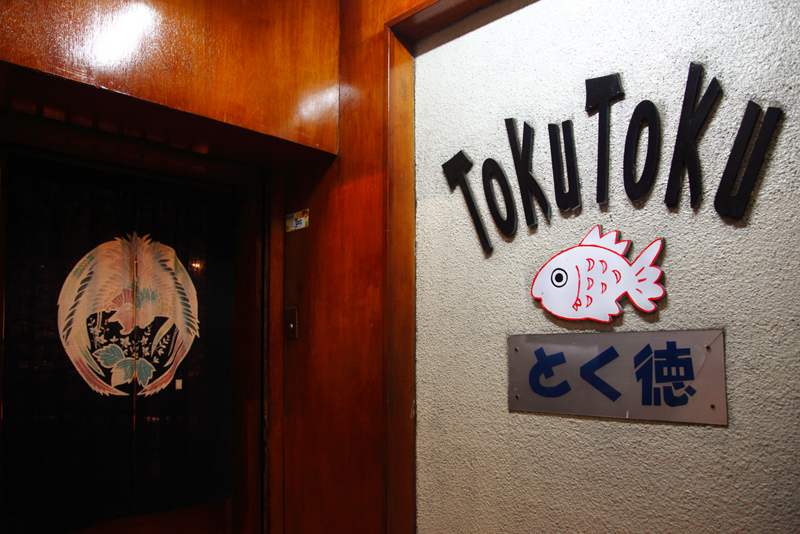 Buffet May 2, 2019
ABOUT US
VKEONG.COM - Malaysia Food and Travel blog with reviews of restaurants, hawker and street food in KL, Penang, Melaka and beyond.
Contact us: vkeong@yahoo.com
FOLLOW US
© VKEONG.COM - All Rights Reserved