It has been a while since I posted about food in Kepong. So, here’s one. If you have been to Thailand you would have probably seen or tasted Thai pancake simply known as Roti by the locals. 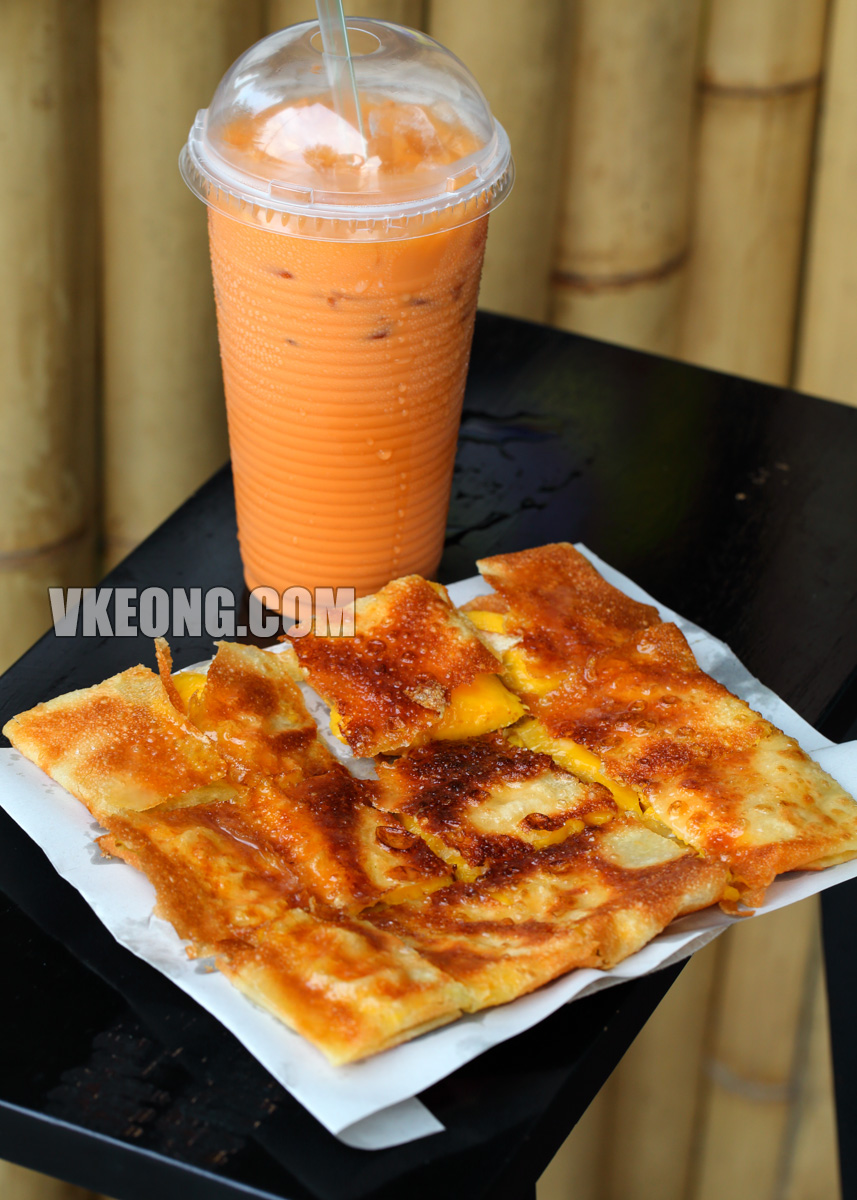 It’s like a thinner and crispier version of roti canai but eaten with sweet and savory toppings, fillings and spreads. Since many Rotee stalls in Thailand are operated by Muslims, it can be enjoyed by everyone. 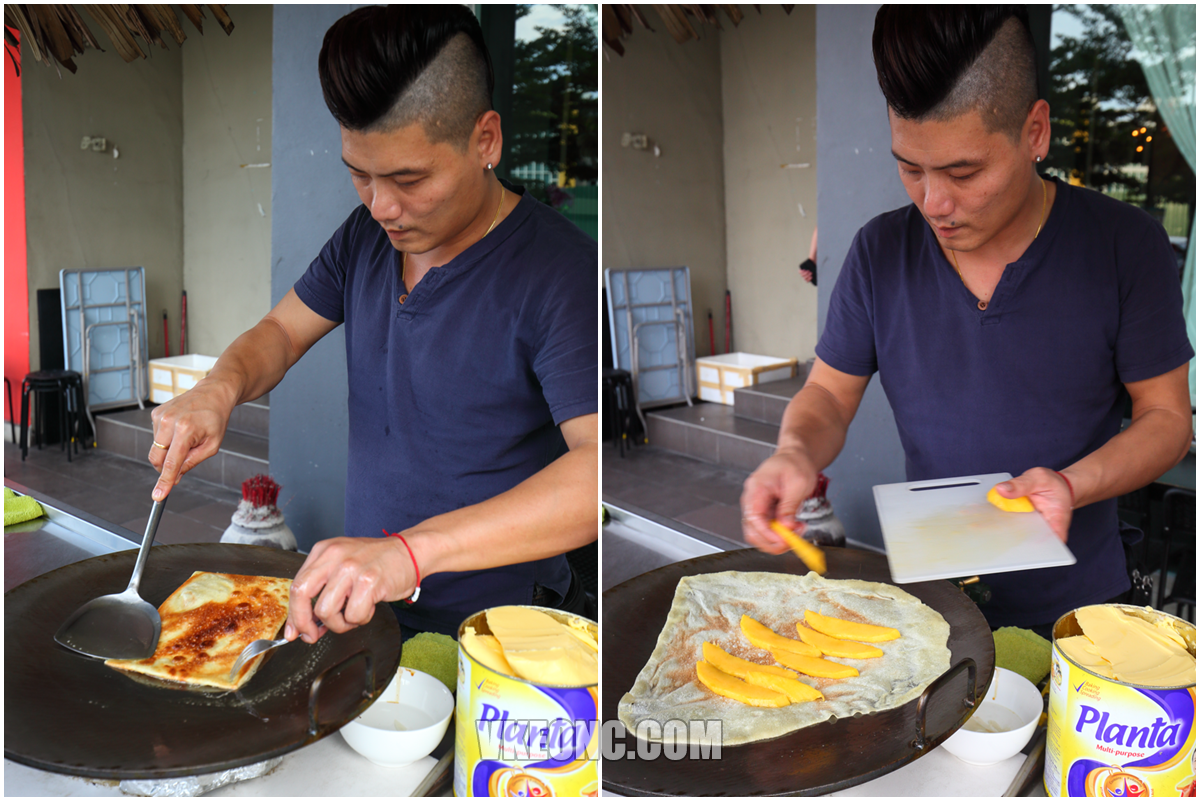 As I know, there are only a few places where you could get Thai pancake in KL. Tony Thai Pancake is one of them and it happens to be in Kepong. After getting bored working as a massage center’s caretaker, Tony went to Krabi to learn the Thai pancake recipe.
Eventually he found a Muslim lady who was willing to teach him as long as he keeps the recipe authentic and Muslim-friendly. The apprenticeship lasted for 2 weeks. 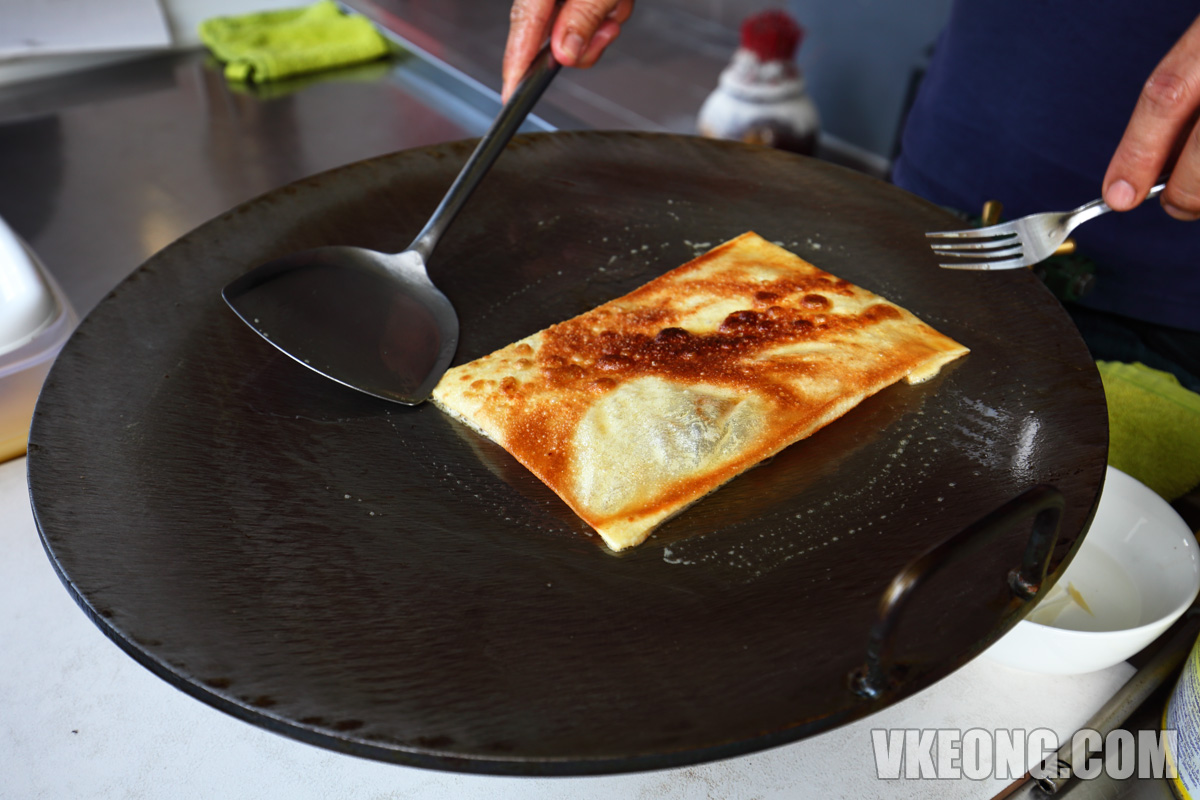 Currently, there are 10 flavors to choose from but you can still mix and match to create your own. For starters, try the original (milk and sugar) to fully appreciate the pancake’s aroma, texture and taste.
Compared to the ones we had in Thailand, Tony’s version is less sweet, and that’s a good thing if you ask me. Otherwise, it tasted exactly like how it is made in Thailand. 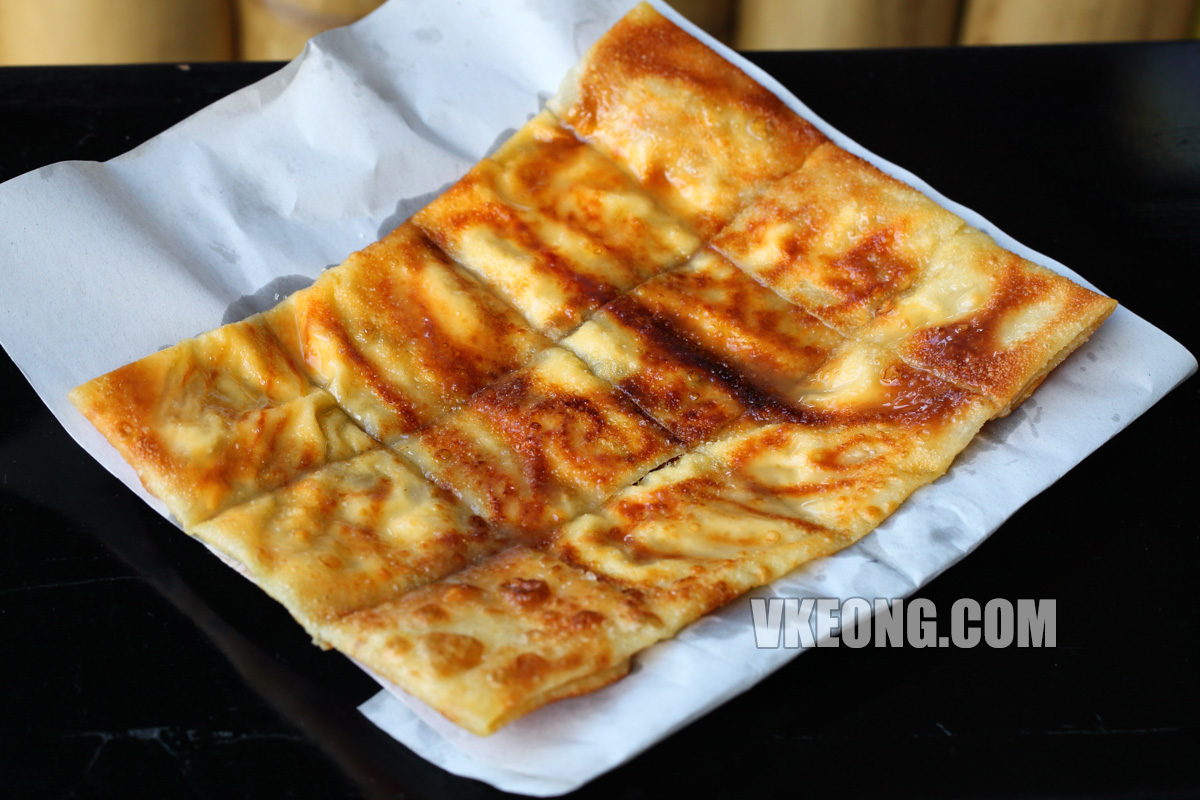 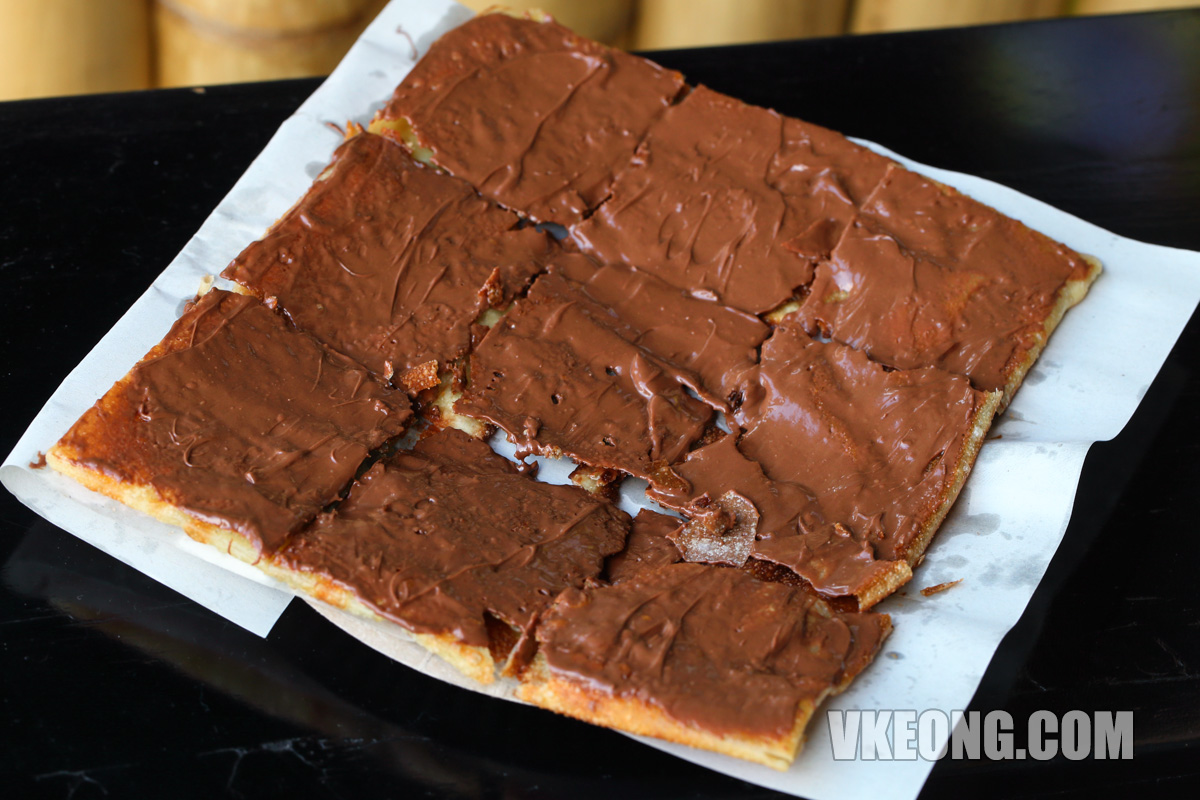 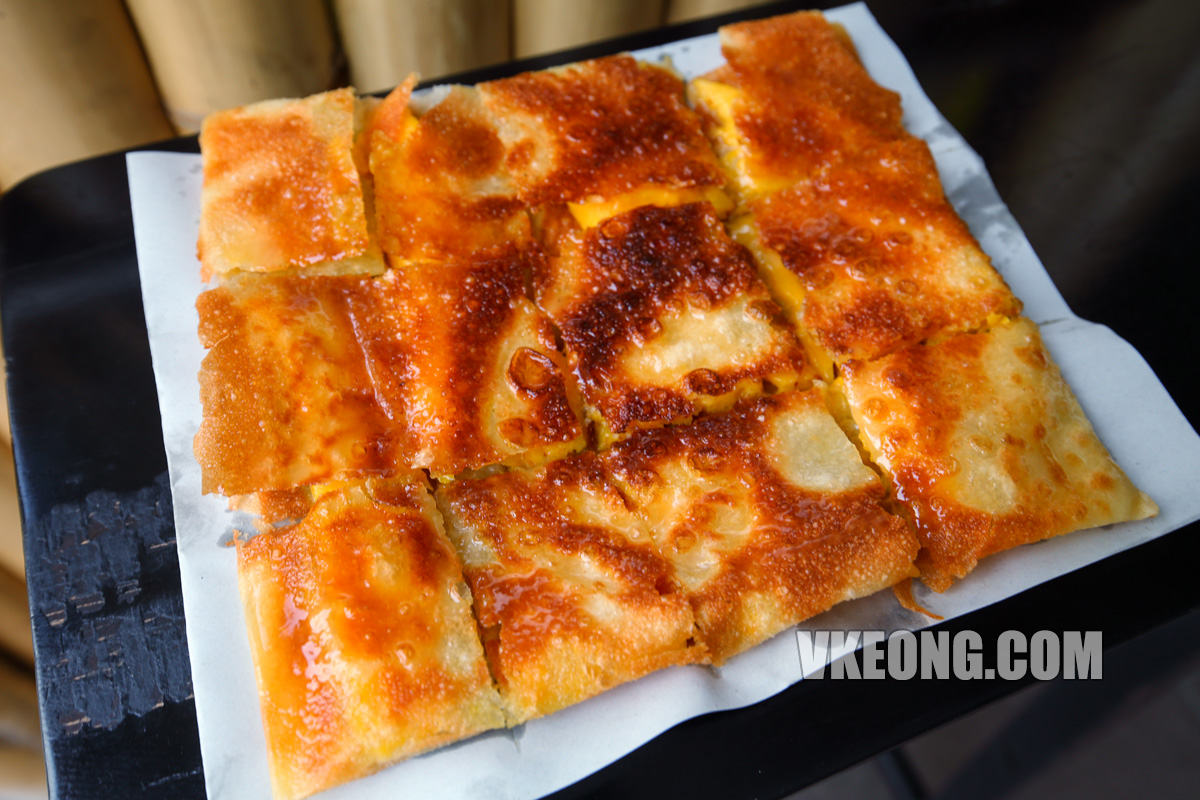 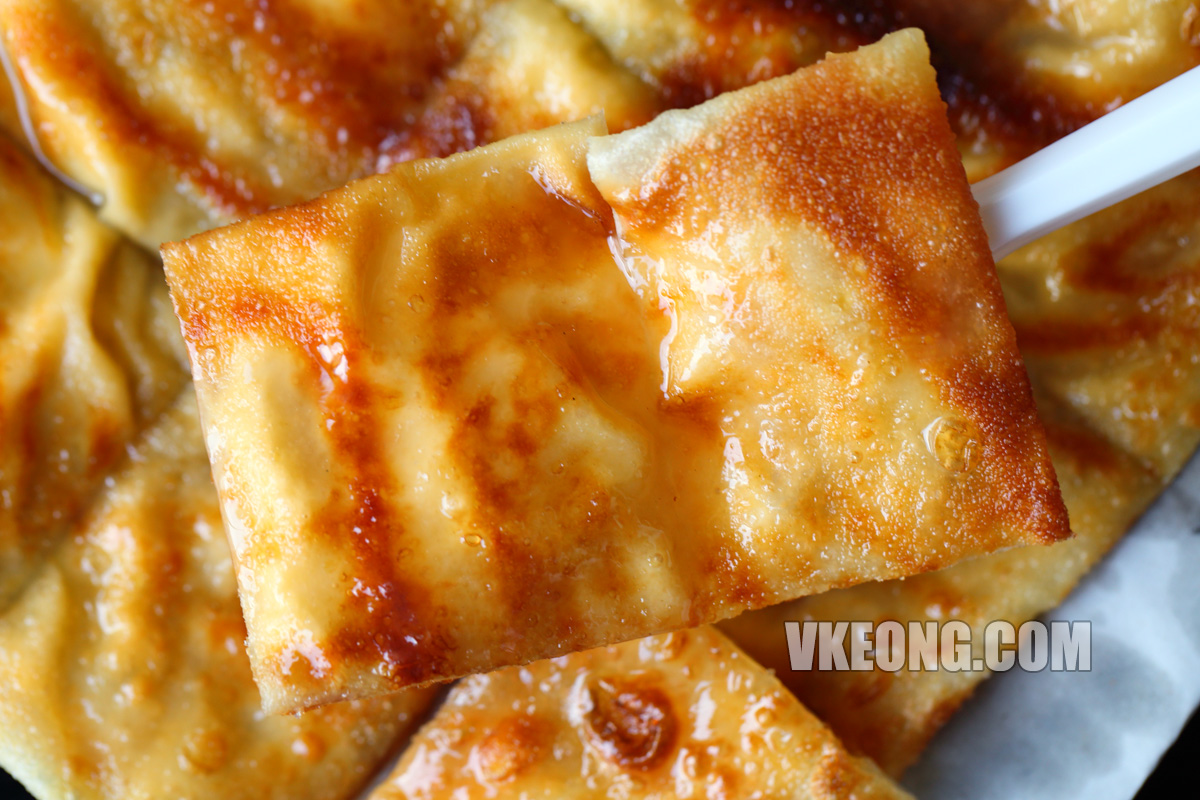 Among a couple of flavors we tried, the Nutella one was our favorite. Although they are not particularly cheap, at least Tony is generous with the toppings so you feel like you are getting your money’s worth. We were also impressed that the pancake stayed crispy after an hour. 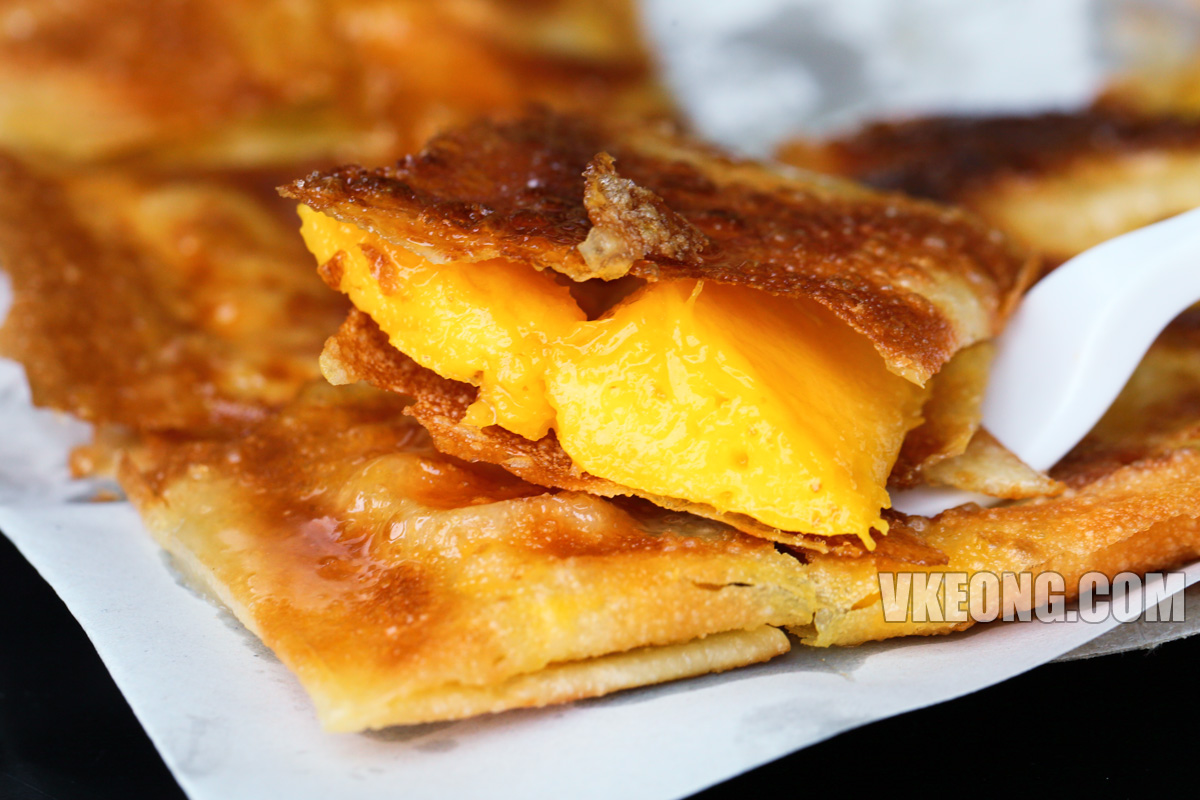 But of course, those pancakes with fillings inside like mango and cheese won’t taste as crispy. 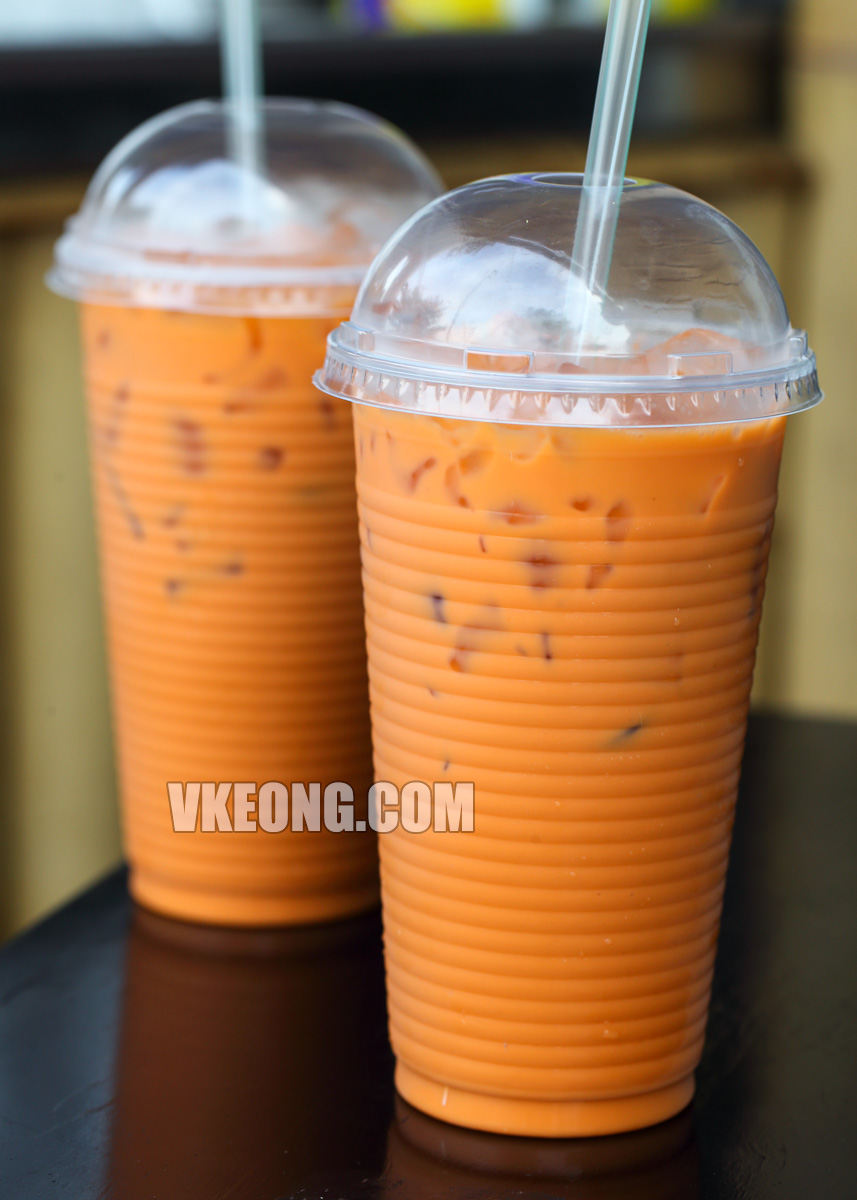 A variety of Thai drinks are also available here. Try the Iced Thai Milk Tea (cha yen) @ RM4, it’s as rich and sweet as we expected it to be. 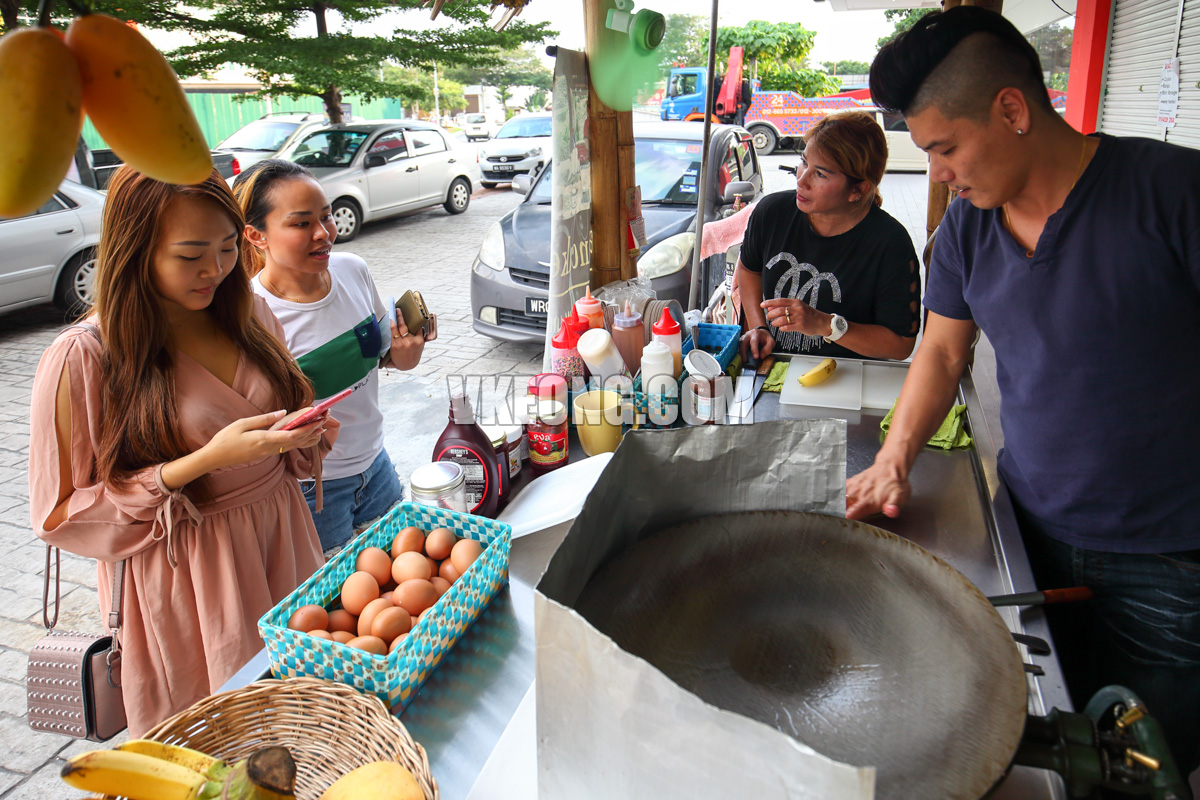 Overall we liked what we had and we will definitely return for more if we are in the area. During our visit we saw a steady stream of customers buying from Tony, and many of them are Thais who work in the restaurants and massage parlours nearby. 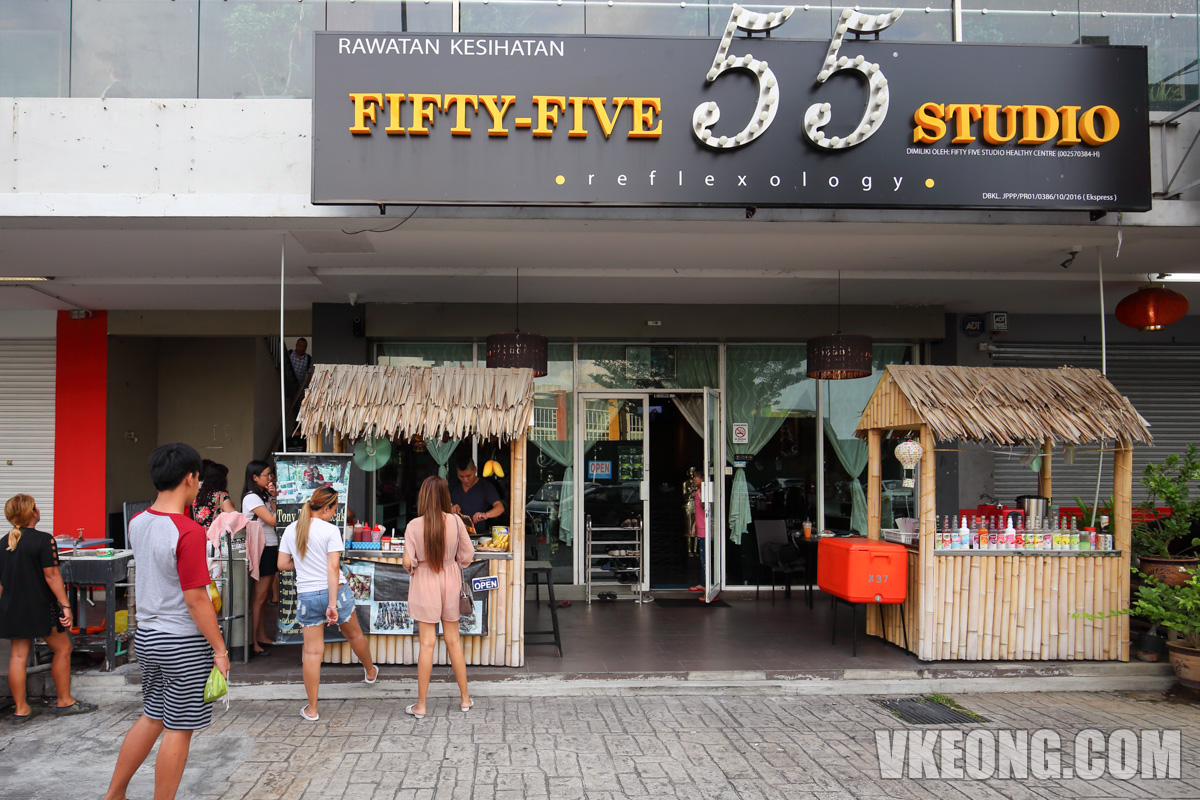