** I really hate writing bad experiences but I guess it’s bound to happen. And on a rare occasion, I actually agree with TimeOut’s rating (2/5 stars) on Dancing Fish. Disclaimer: This is my blog and views expressed are my personal opinion. 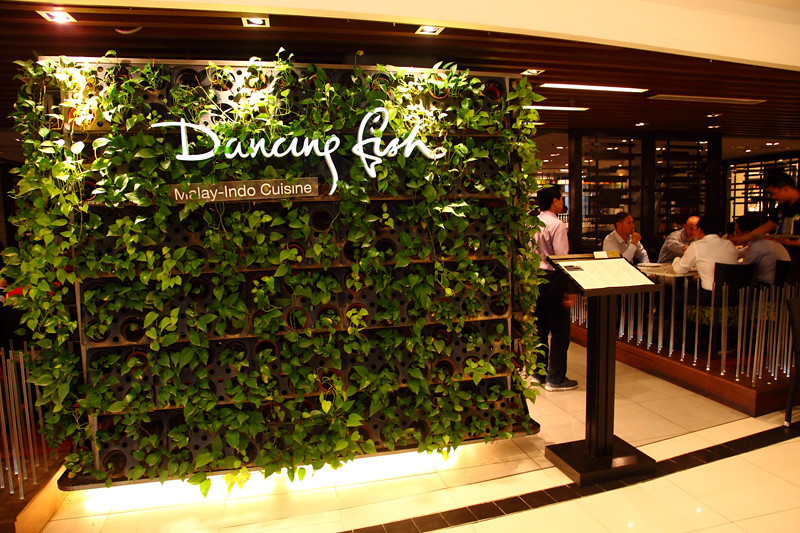 After having a not-so-cheap dinner here, I can safely conclude that Dancing Fish must be catering to tourists and expats because none of the food we had was authentic in terms of seasoning and flavour.
Most of the dishes we had was sweet and the heat level of their supposingly ‘spicy dishes’ is quite frankly, toddler’s level? I don’t know which planet their Malaysian and Indonesian recipes are from, because they are definitely not ‘unadulterated and uncompromised’. 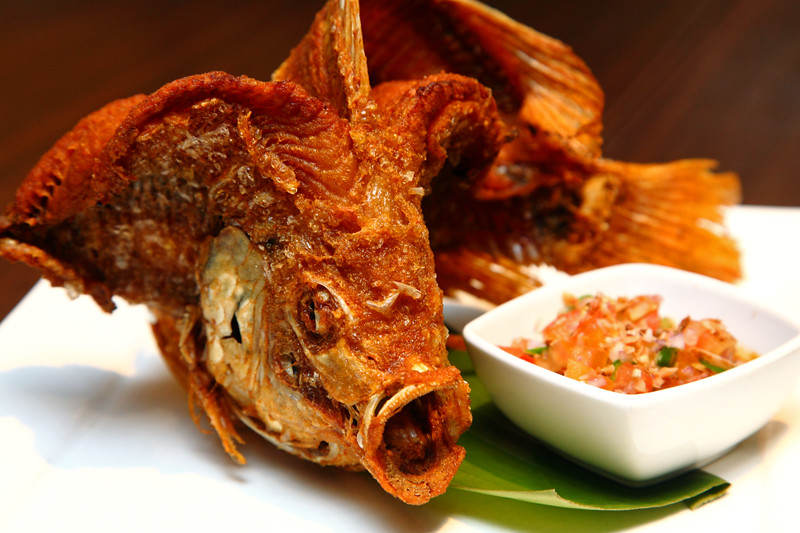 Personally, I think their signature Dancing Fish @ RM45.45 is just a novelty – they are focusing too much on the presentation rather than the taste. The fish itself was passable, deep-fried to such a crisp that you can actually eat the bones too if you want – but I wouldn’t.
We opted for their most popular sauce which was the sambal terasi and kicap, and it tasted even milder than Old Town White Coffee’s nasi lemak sambal. The entire dish just felt dry and boring. It’s quite a shame really considering the Dancing Fish seemed so promising. 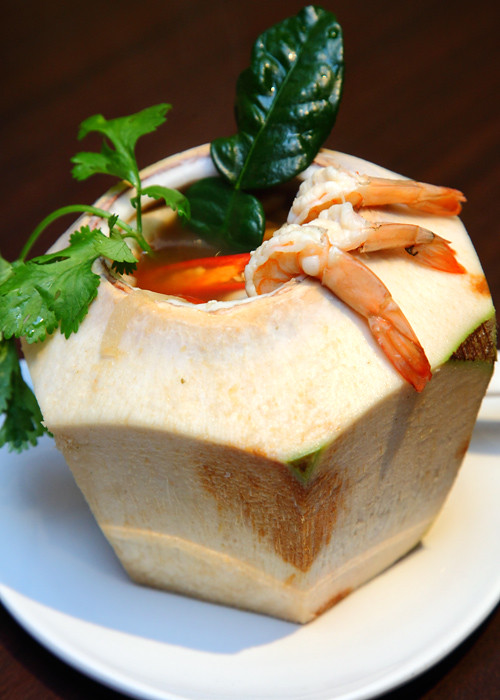 The Prawns in Coconut Soup @ RM18.95 is described as “Fresh tiger prawns in a spicy sour soup using young coconut juice stock”, except that the prawns weren’t that fresh and the soup tasted like it was prepared with sugar, and only with sugar. So where’s the spicy and sour flavor? We stopped at one small bowl because we felt too ‘jelak’ after that. 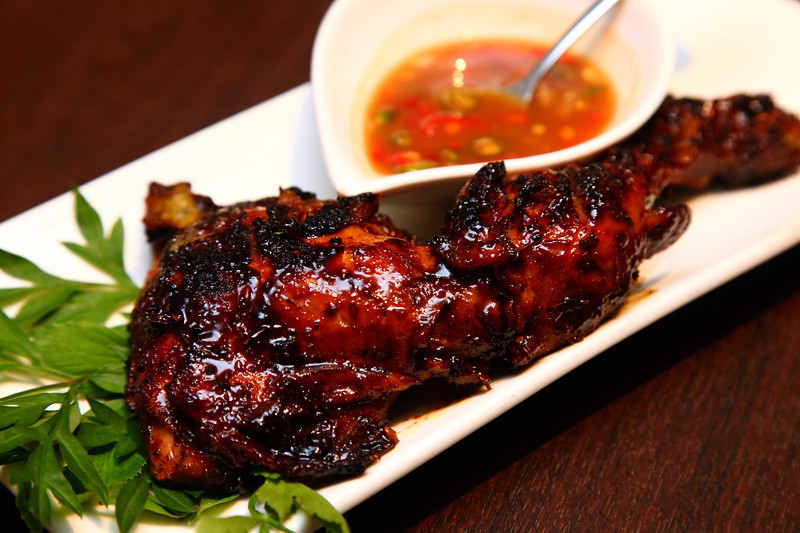 Despite being tender and all, the Ayam Panggang (1/4 chicken) @ RM16.85 was also sweet and the star anise’ strong flavour was a tad over-powering. 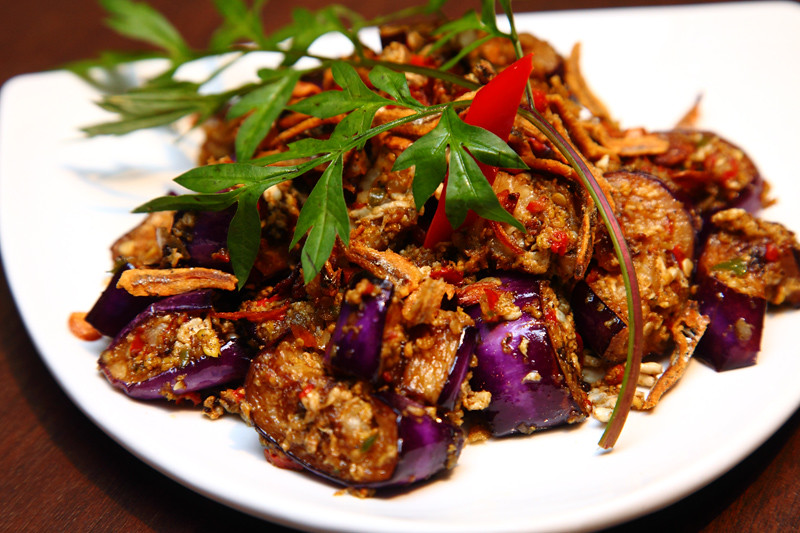 Among all, the Terong Belado @ RM14.75 might be the only dish that could sit well with us. But that doesn’t take away the fact that it was still unauthentic because once again, heat is non-existant. It’s more like Terong, without Belado. #ineedtheLAT, man. 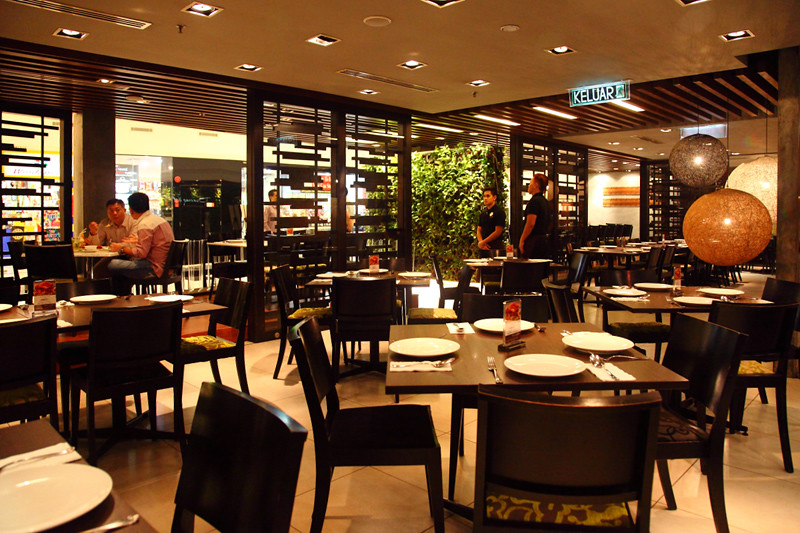 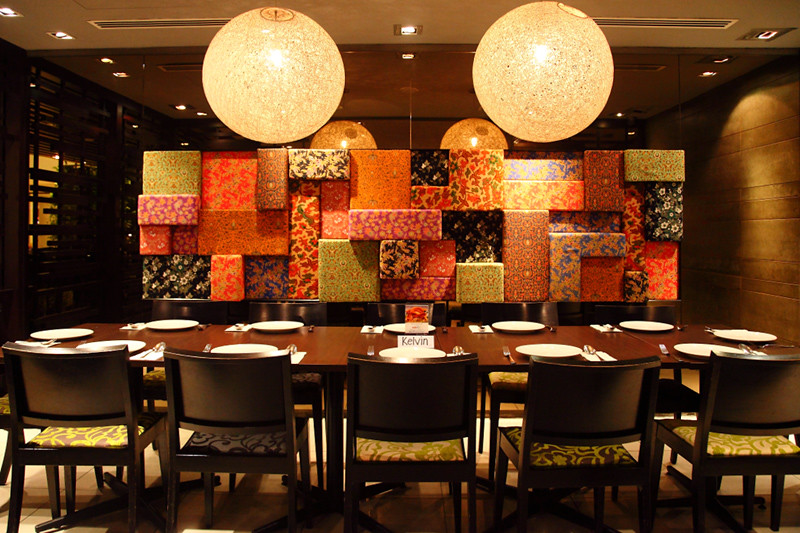 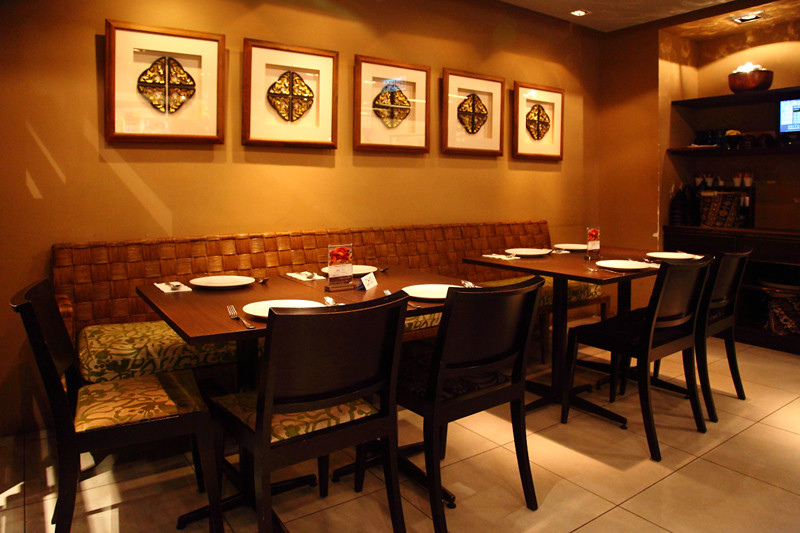 With everything said, I can’t deny that restaurant looks great and the service team did well attending to us throughout the meal. My only qualm with Dancing Fish lies in the food, which was, in all honesty, a huge disappointment.