As one of the longest standing Italian chains in KL, it’s only fair for us to harbor high expectations for Neroteca. We dropped by on a Sunday for brunch and it wasn’t quite the experience we were hoping for.
I don’t usually complain about service unless it’s terrible. But the fact that I am highlighting it first is an indication of how bad it was. There was a big party of expats seated indoor and they received all the attention from the waiting staff.
Those who ate at the al fresco area (like us) couldn’t help but felt ignored – almost deliberately. Everything from ordering to serving to paying took longer than it should have. 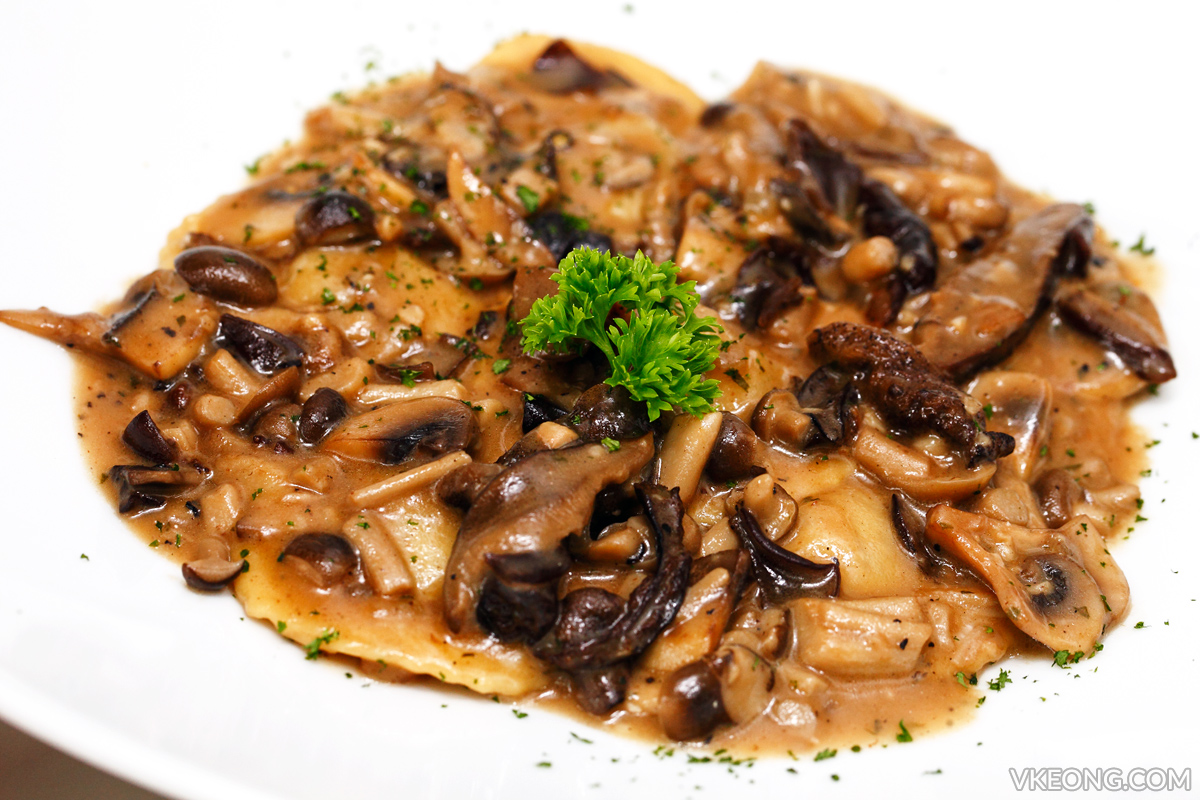 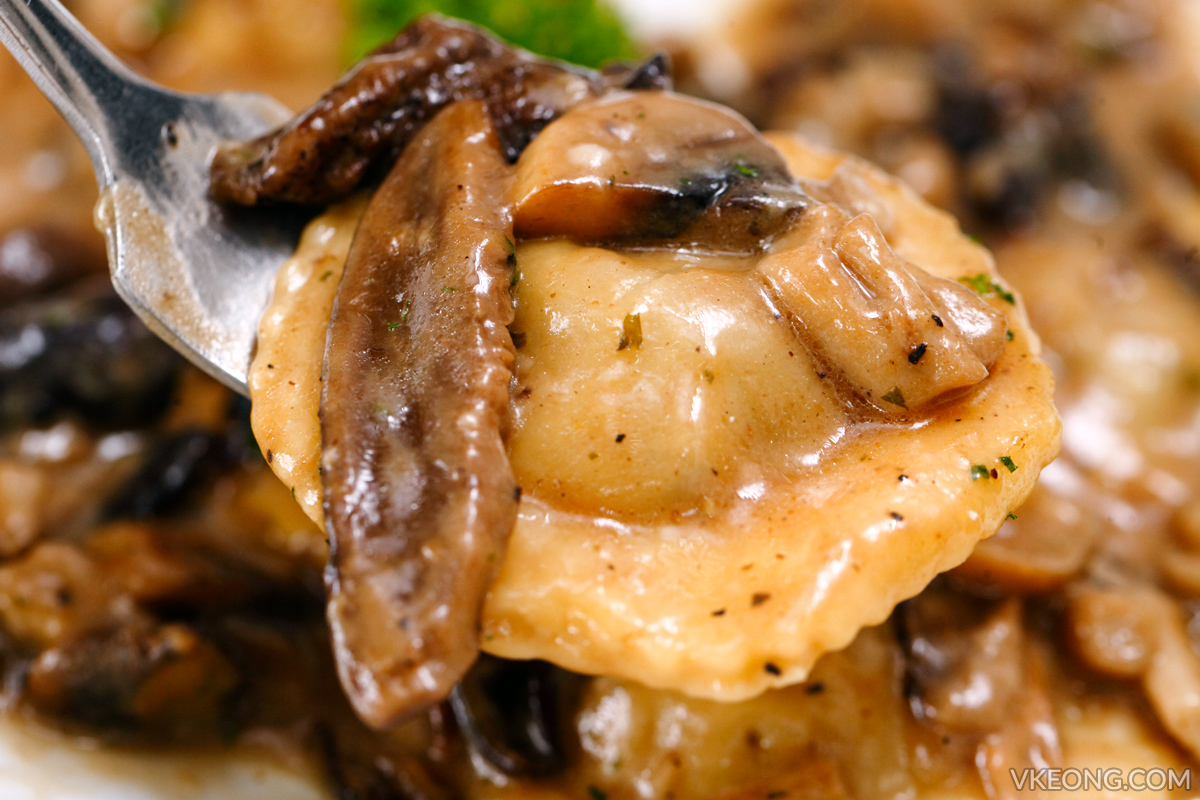 When the food finally arrived, it was disappointingly average. For RM49, I’d consider their homemade ravioli pasta both over-priced and underwhelming for its portion.
There’s too much pasta and not enough filling so we could only taste mostly flour and mushroom. A pity considering the braised beef filling was delicious. 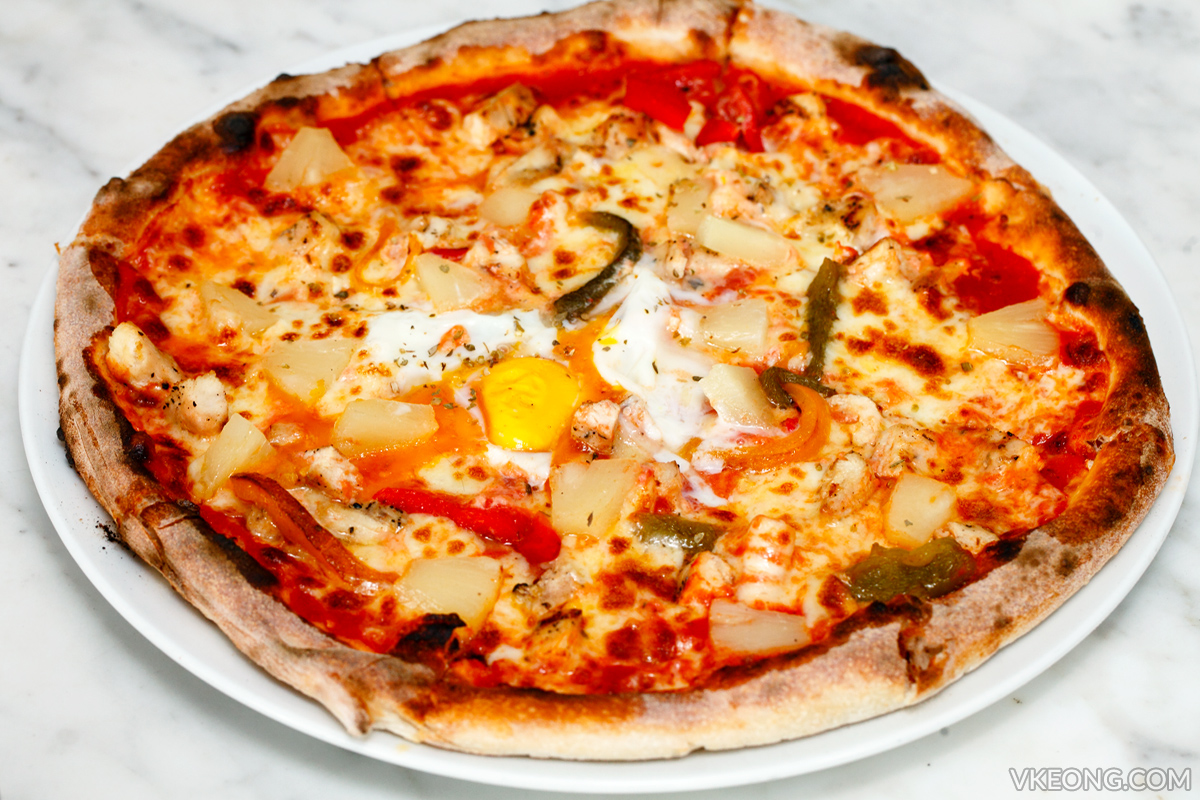 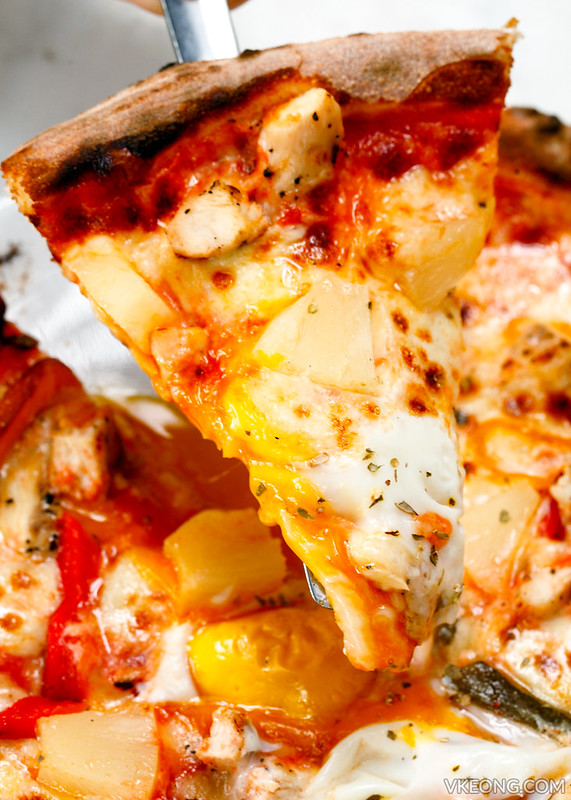 The Neroteca Pizza (tomato sauce, mozzarella, cracked egg, pineapple, roasted capsicum, chicken) @ RM46 looked promising but that’s it. I’d understand if the center is soggy due to the egg but the entire pizza was soft and limp – not exactly the quality you expect from a wood fired pizza. 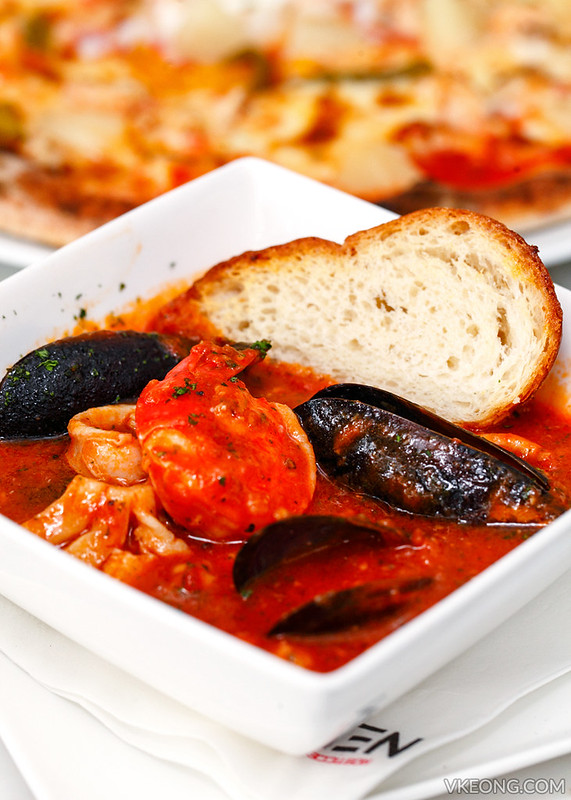 The only dish we truly liked was the Brodetto Di Pesce @ RM35 which is basically a tomato based seafood stew consisting of mussels, squid, prawns and fish.
Again, I have to take issue with the portion size because La Risata serves equally good Italian seafood stew but with the double the portion of seafood at a similar price. 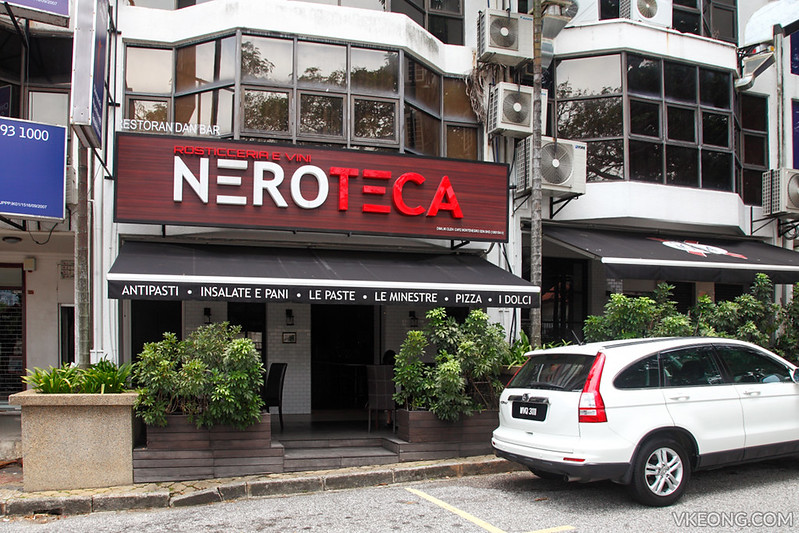 Thankfully I used the Entertainer App while dining here so I managed to shave at least RM50 off the bill. Because the meal was sure not worth RM130++. Safe to say we won’t return and we shall be sticking to the tried and tested such as Portofino and Vineria.IT of Bangsar. 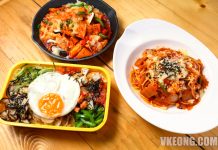