Yulek Wan Tan Mee is one of the most popular wantan mee restaurant in Cheras. Before they shifted here, they used to operate a stall at Meng Shiang coffee shop further down the road.
Looking at the number of customers they have, I think the coffee shop is on the losing end of the change. Sometimes, it’s better to earn a penny than lose a dime. 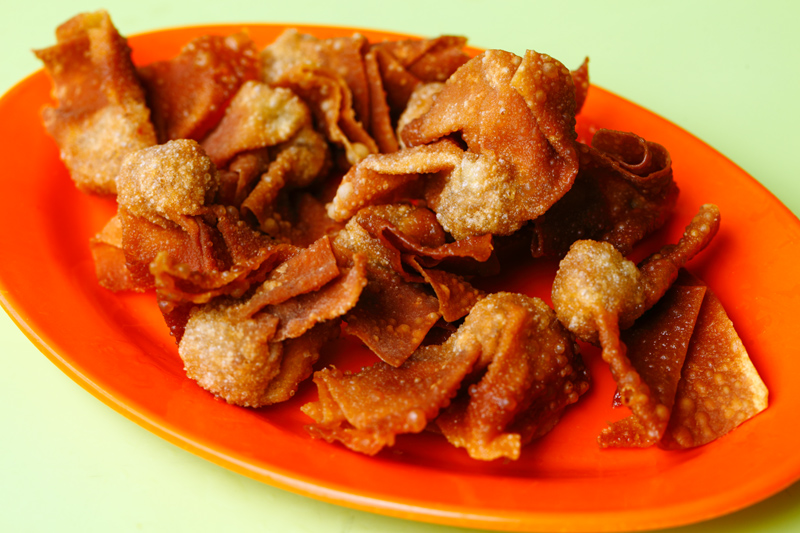 I have heard nothing but good things about the wantan mee here, so I had fairly high expectations which I hoped would be met. Due to the crowd, waiting is expected but the friendly service makes up for it. At least they stay humble even with their success and fame.
Although it was still quite early, they had run out of ‘sui gao’ so we had to settle for the second best – deep fried wantan. Sadly, they weren’t great and tasted below average because they were over-fried, almost burnt with an unpleasant smell of recycled oil. Besides, the amount of filling is miserable too – close to the size of a 10 cent coin. 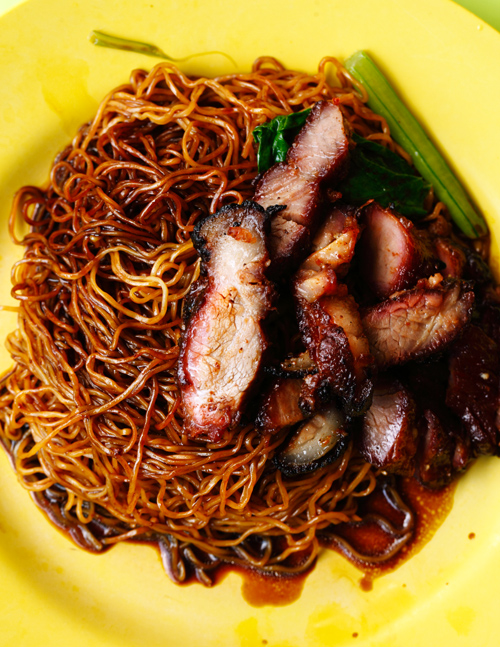 Char Siew wantan mee, small @ RM6. The noodle itself is good and springy, but the overall taste was just average and did not really wow us. 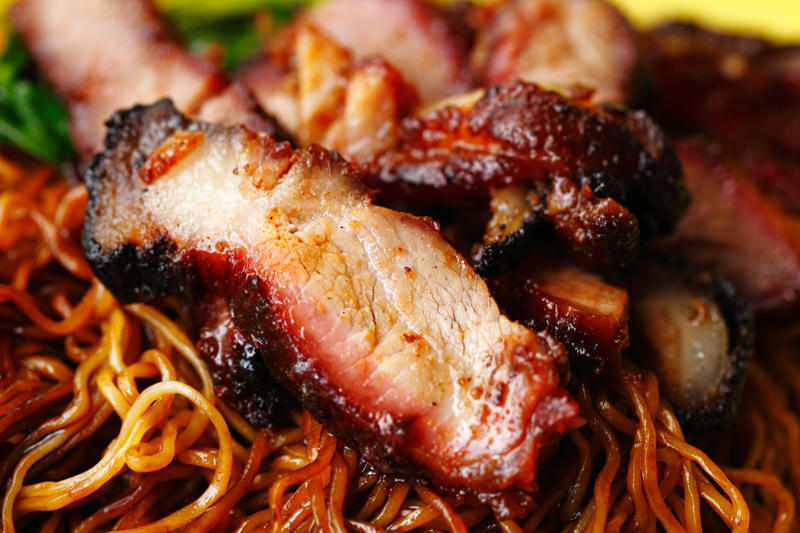 I think it’s our fault that we did not ask for ‘pun fei sau’ meat, so we were given somewhat lean char siew. The quality of the char siew is a lot better than what you get at the normal wantan mee stalls but I doubt you’d be blown away by it – since there are so many other great char siew around.
That said, the good thing is that are not stingy with it. As you can see the amount given is close to half of the plate. So the price is actually worth paying for as far as the portion size is concerned. 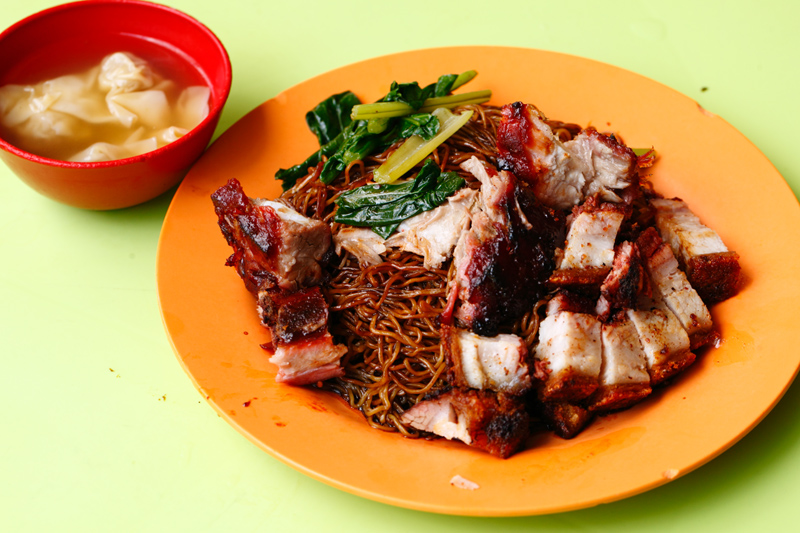 One of the more unique toppings available is the roast pork ribs, which tastes similar to char siew. It’s worth trying for novelty. The roast pork on the other hand, did not disappoint and it was delicious. 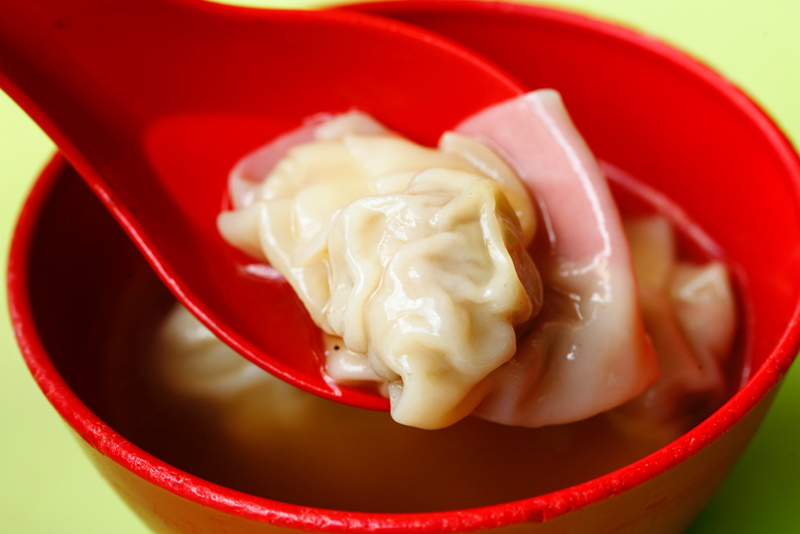 Compared to the fried wantan that failed earlier, the soup version that came with the noodles is a whole lot better; albeit far from being fantastic. 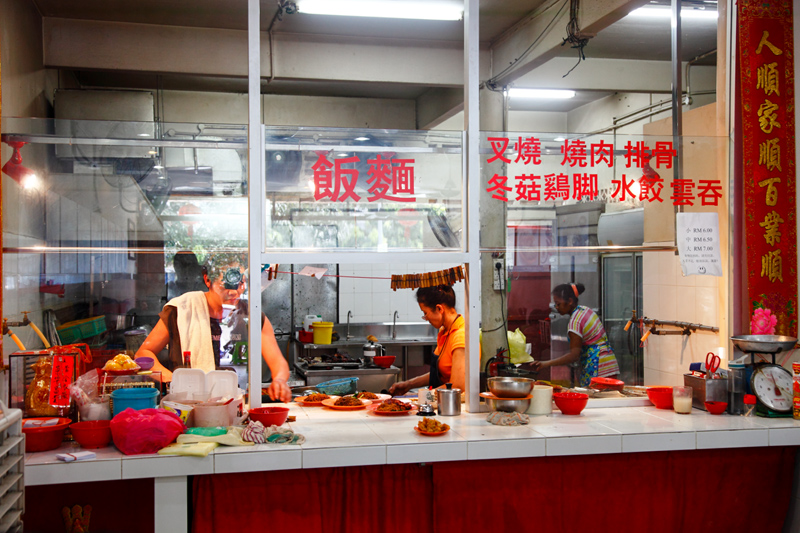 Overall, despite the terrible fried wantan, Yulek Wan Tan Mee is nonetheless a decent place to drop by for an honest meal at an honest price. For first timers, keep your expectations modest, as I find some reviews given to this place tend to be a tad too generous. 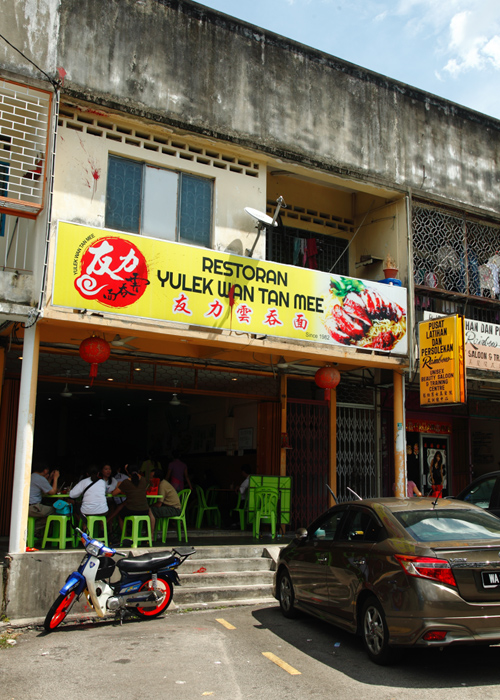 Snacks under RM10 to Eat at MyTOWN Shopping Centre