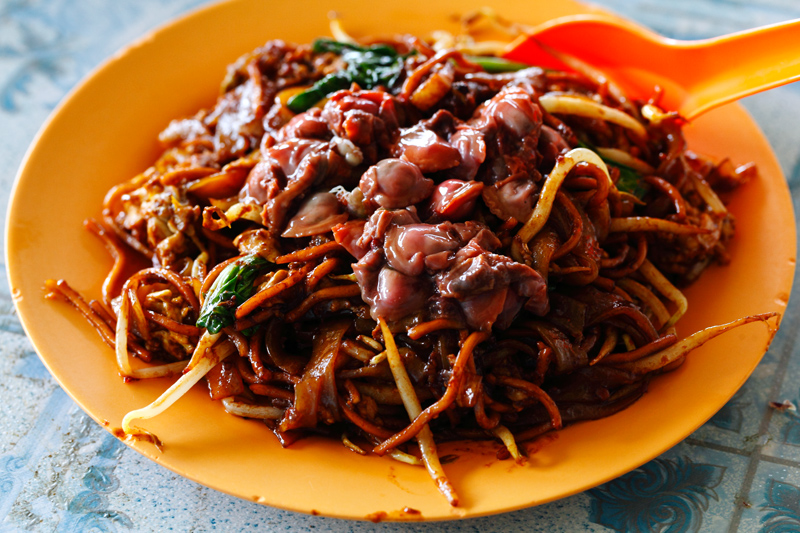 One hawker food that I have fervently avoided eating after relocating to KL is the local fried koay teow. But after spending so many years living here, I think it’s time to broaden my horizons and find out what I have been missing so far. Born and bred in Penang, I can tell you it’s not an easy thing to do. After all, we have always regarded our Char Koay Teow to be the best. 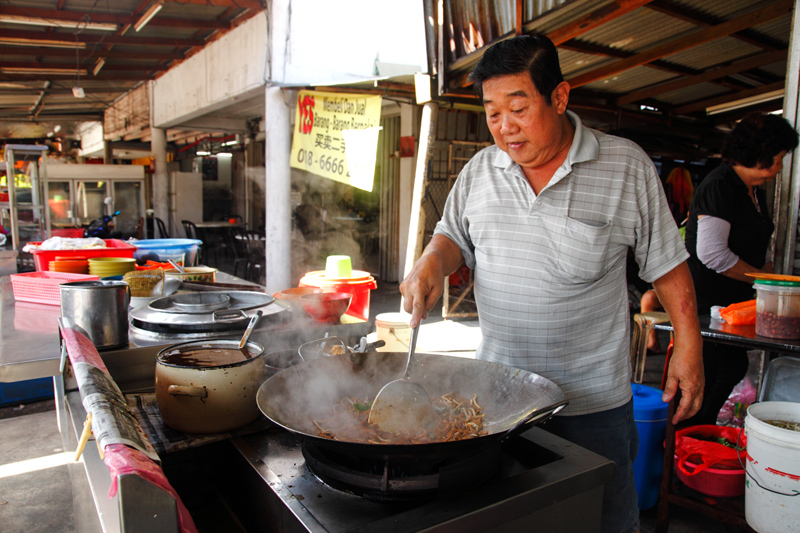 If there’s one stall that I would recommend to a Penangite to introduce them to KL (or Teochew) style Char Koay Teow, it’d be this inconspicuous looking stall in Jinjang.
Operated by an elderly couple, the stall has been in business for the past 40 years and still going strong. Since there’s no signboard whatsoever, this fried noodle stall is known to the locals as ‘Fei Lou Chao Fun’. 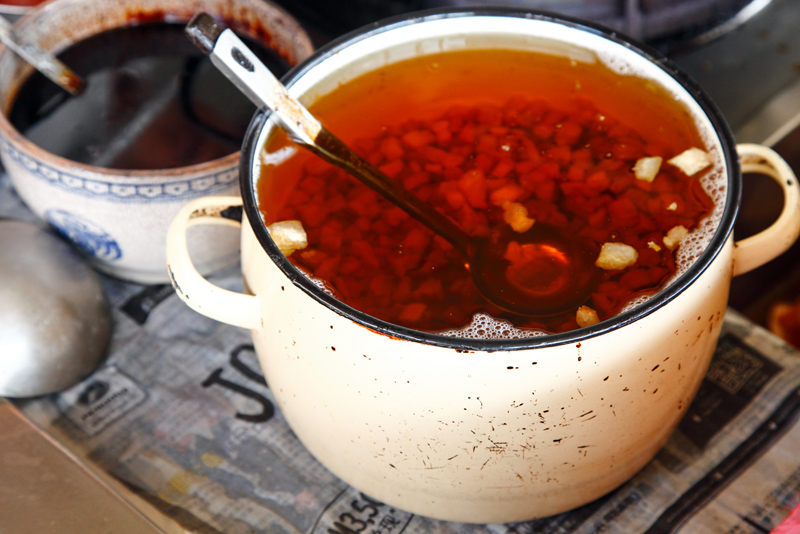 Pork lard oil is a key ingredient and it’s used liberally when the uncle fries the noodle. If you want a healthier version, jut tell him to use less oil. 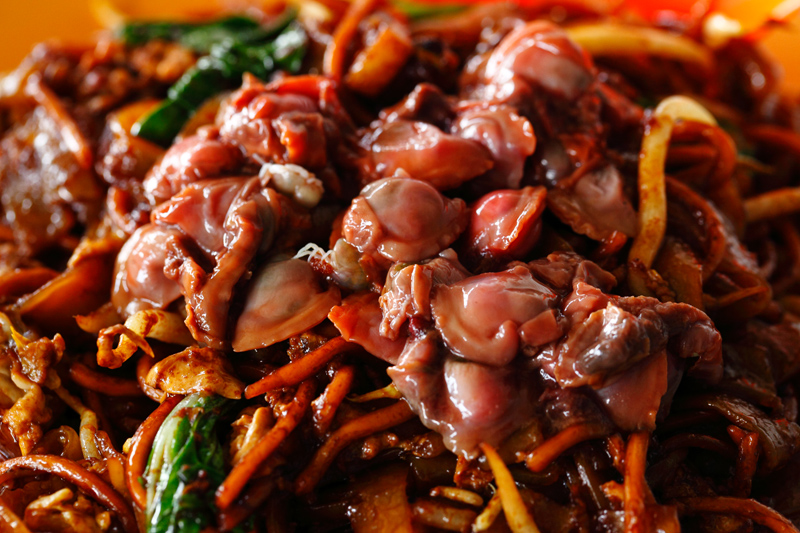 Sang See Hum (freshly peeled cockles) is available here and it’s added on top of the hotly fried noodles, then mixed around to render them half-cooked for that juicy, bloody taste. It might feel weird, but apparently it’s something the aficionados look for.
You can however, ask for them to be fried together with the noodles if the idea of eating half-cooked cockles worries you. But just to clarify, the cockles here are extremely fresh and I did not experience any stomach upset after that. 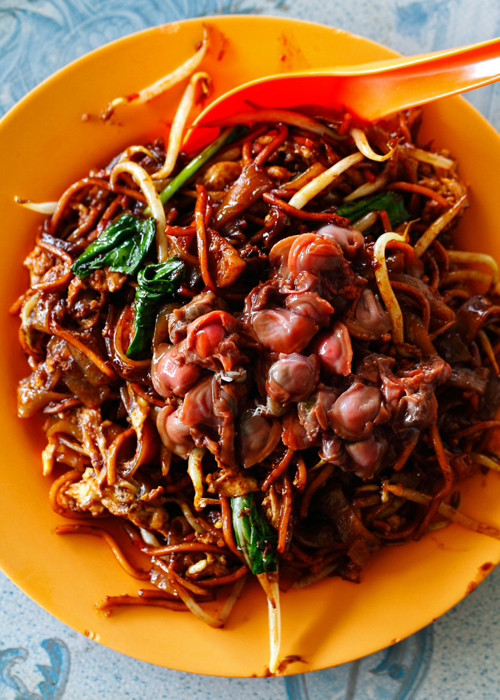 A normal serving of fried noodles here cost RM5. As you can see, the portion is actually quite large and comes with a big spoonful of cockles. The ‘wok hei’ is decent but the overall flavor plays a bigger role here. The moist but not soggy noodle boasts a bold flavor of dark soya sauce laced with aromatic lard. It’s undoubtedly delicious and addictive – once you start to dig in, you can’t stop. 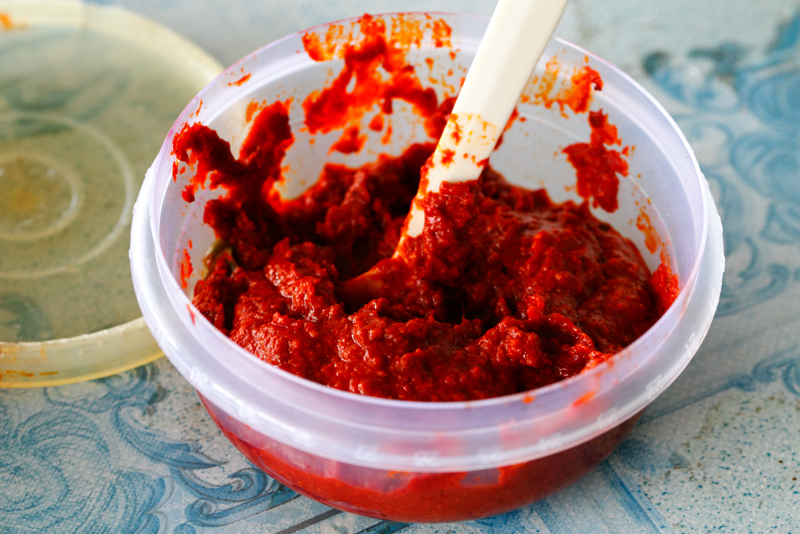 For an extra kick, try mixing some of their excellently homemade chili paste into the noodles. In fact, it tastes quite similar to the those served at Fried Hokkien Mee restaurants. 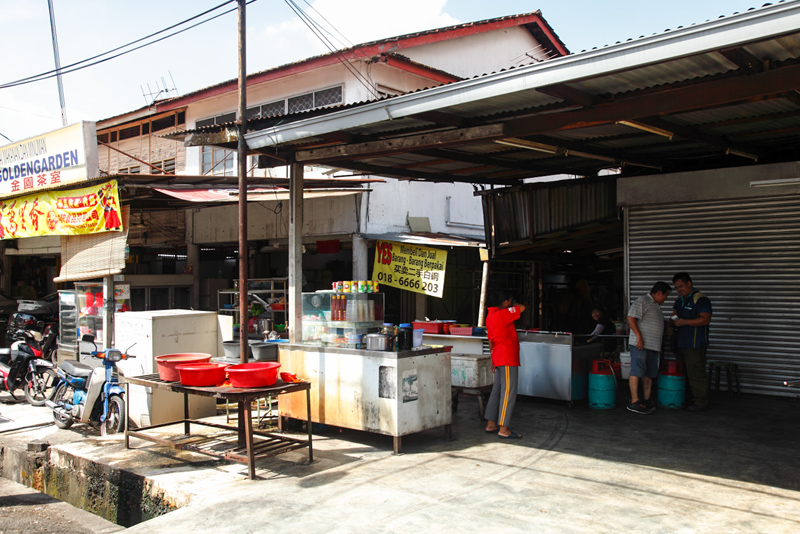 Now here’s the tricky part: how to look for the stall. Although I am quite familiar with Jinjang area myself, I can’t think of another better way to give you the directions other than telling you it’s behind the tile shops along Jalan Kepong and further down from Mun Kee Bak Kut Teh. 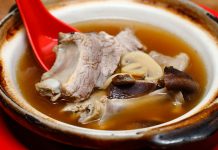