Taman Bukit Maluri is a matured community in Kepong that’s served with excellent convenience to many local amenities: especially food. People who reside in this area rarely need to venture out for a meal unless they are looking for something fancy.
Sometimes when we are tired of the food in our neighborhood, we would drop by for a change because it’s only minutes drive away from us. One of the coffee shops we visit often is Restoran M Two for Fook Loong‘s chicken rice. 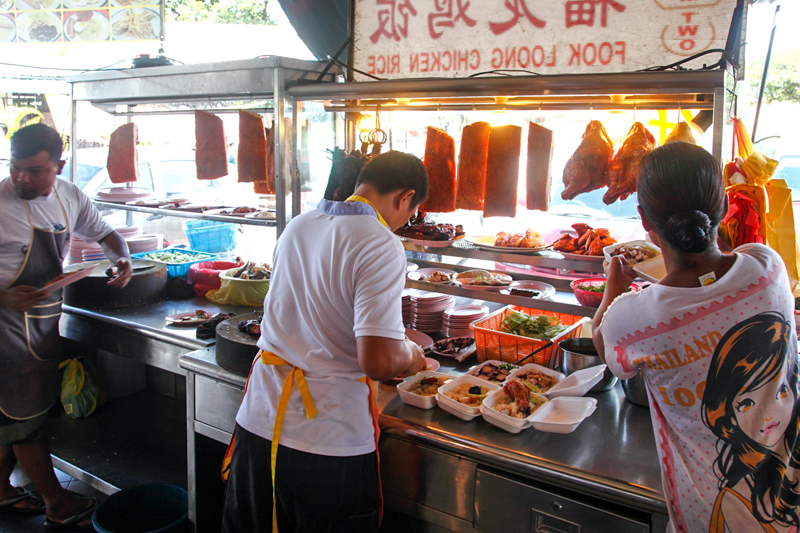 Fook Loong opens as early as 8am so you can even have chicken rice for breakfast. Sounds weird alright but definitely not unheard of. To avoid waiting, the best time to be here is by 12pm before the stall gets overwhelmed by customers who are mostly taking away. There’s always a queue and if you’re late, you might miss out some of their goodies. 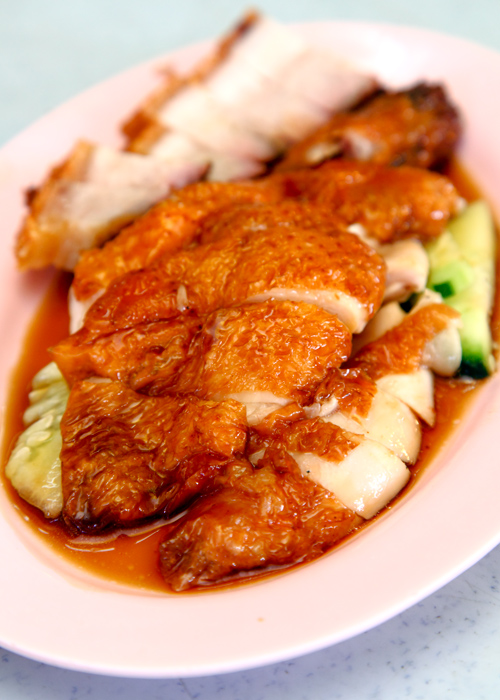 The chicken rice itself meets expectation and the portion of chicken given is larger than what other stalls are giving (for the same price) in the vicinity. That’s probably why people are willing to make a beeline for it.
Taste wise, it’s quite unique in its own way because the dressing used is more than soy sauce and sesame oil. Instead, it has a light savory taste with a slightly gooey consistency. 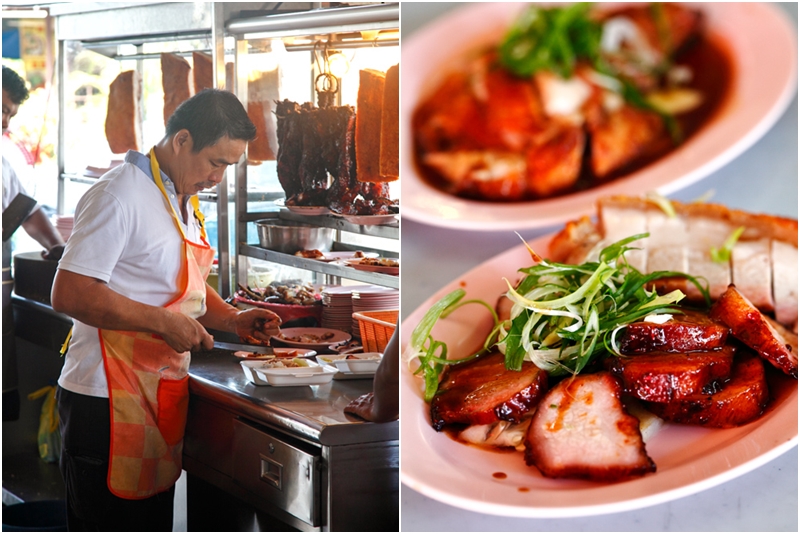 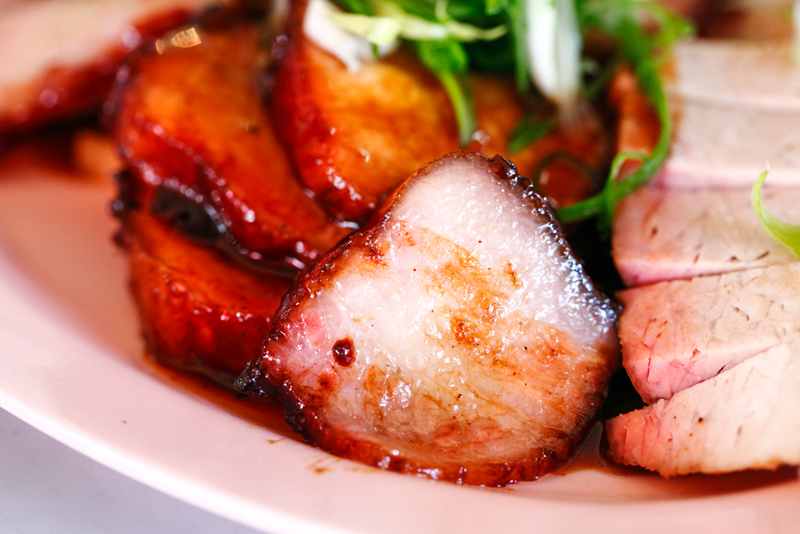 But if you ask me, what’s really good here is their top notch roast pork (siu yuk) and char siew. The siu yuk’s crackling is simply amazing and the seasoning is just spot on without being overly salty.
The char siew on the other hand, had that delicious tender bite encompassed in a jelly-like exterior. A serving of chicken rice (drumstick) and ‘char siew siu yuk’ rice came to a reasonable total of RM12.90. 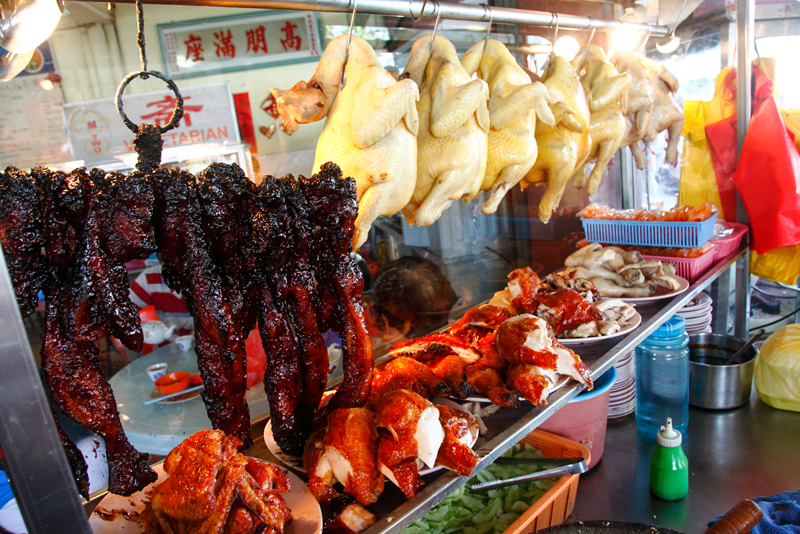 Steamed chicken is available as well but we have yet to try it, so no comment. 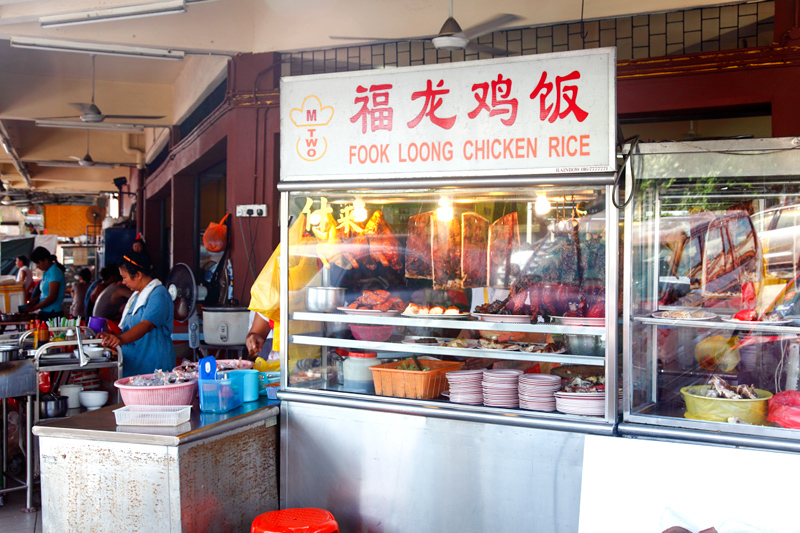 Despite all the wonderful things I have said about Fook Loong, it’s not perfect due to the rather diluted chili sauce which could be a lot better. That totally counts as nitpicking though. 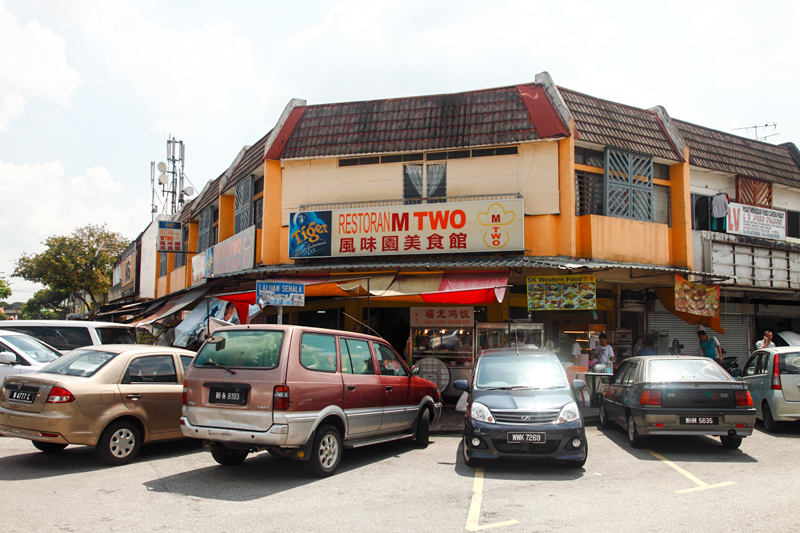