Kok Hing restaurant’s wantan mee is probably my 2nd favorite after Fat Yoong. From what I saw on the signboard, their main branch seems to be in Bentong and they are famous for various charcoal roasted meat and wantan noodles. 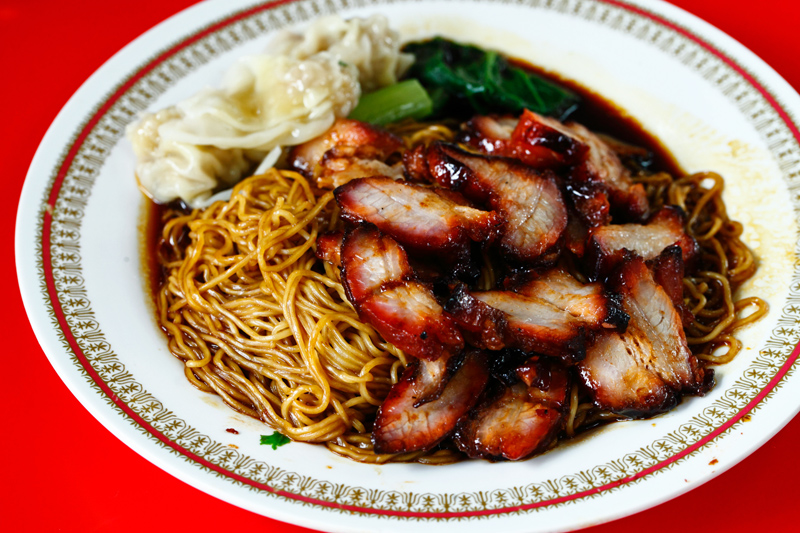 A small serving of char siew wantan mee here is priced at RM5. Cheap considering most stalls in Kepong are selling the same for RM5.50 and above. If you ask for extra char siew (as shown above), it cost an additional RM2 and the extra helping is worth every single cent. 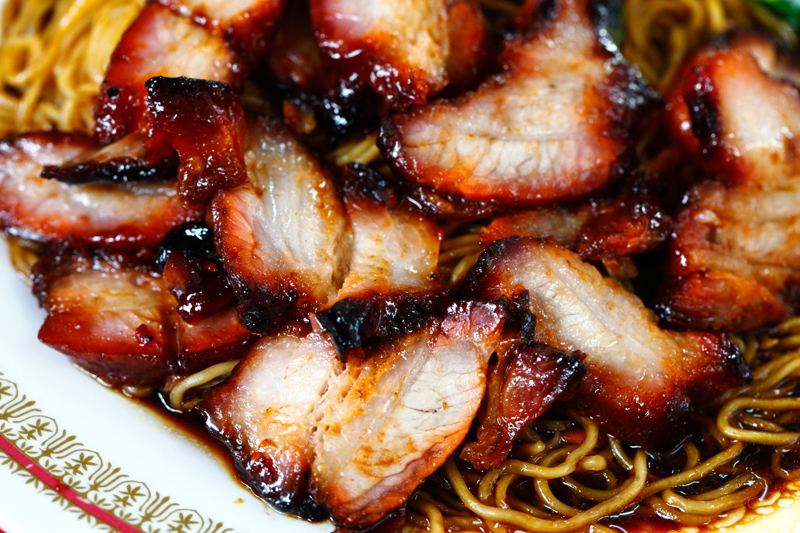 Although the char siew slices appear lean without too much fat, they are tender and surprisingly bouncy to the bite. The caramelized sweetness of the char siew lends a depth of flavor to the noodle which lifts the overall flavor from good to great.
In fact, I think that Kok Hing’s noodle actually tastes better when taken away. Maybe it’s because the noodle would have absorbed all the delicious sauces by the time you reach home. 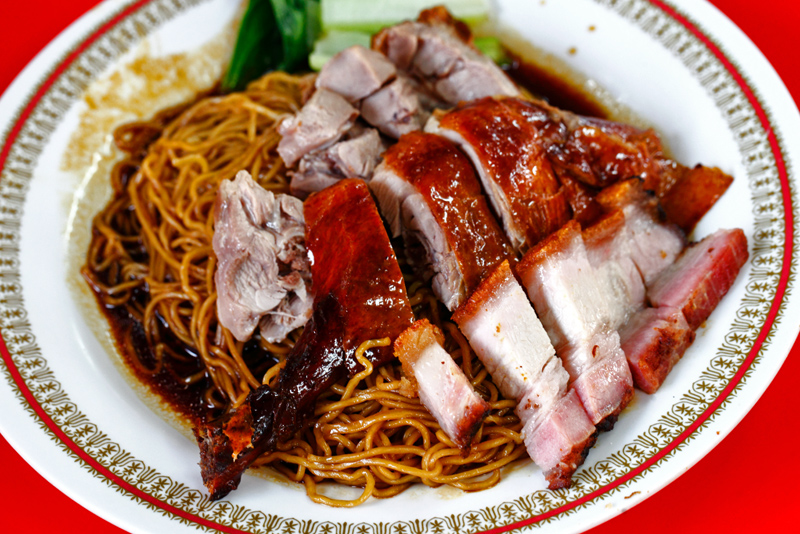 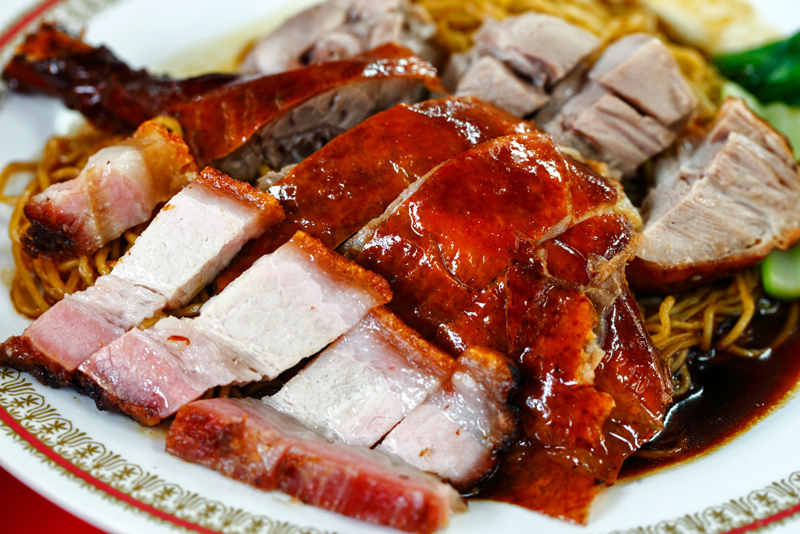 We also tried their roast duck (drumstick) and roast pork noodle @ RM10.50. Judging by the amount of meat given, the price should feel more than reasonable. 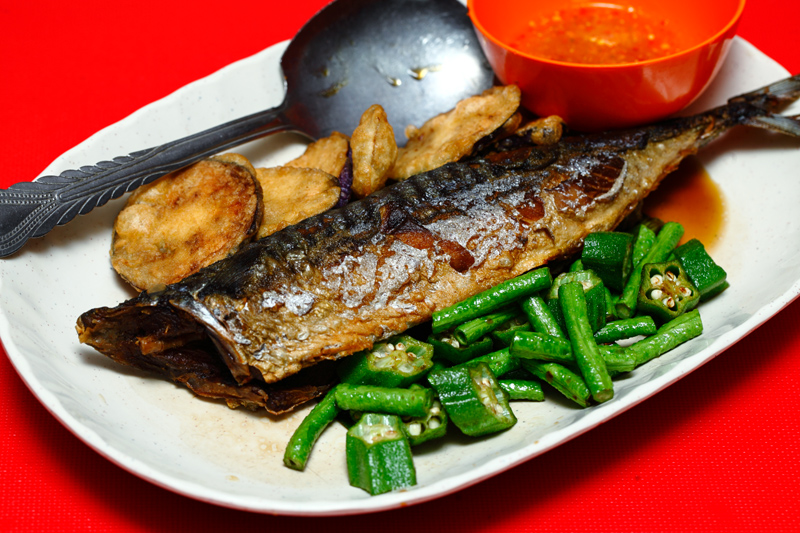 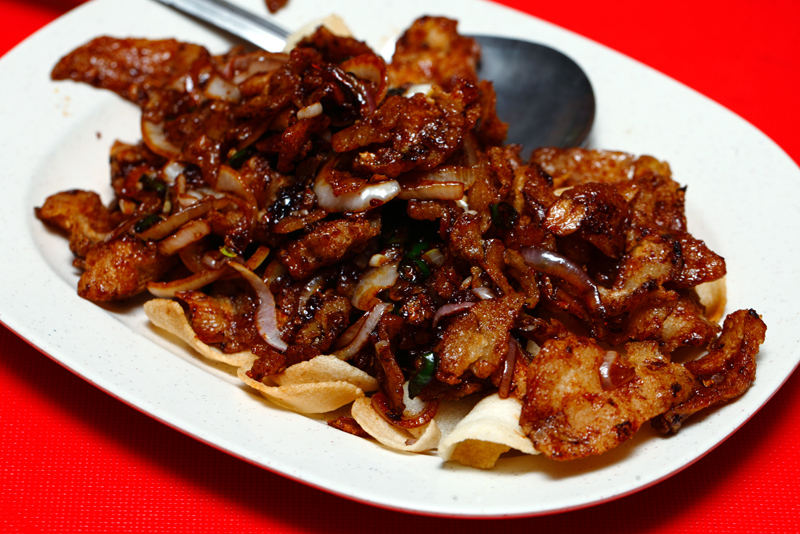 Satisfied with their noodles, we returned another day to try the ‘dai chow’ at night. Despite having a couple of interesting dishes such as pan fried Saba and deep fried pork belly, they didn’t really impress. Safe to say, we will be sticking to their wantan mee in future. 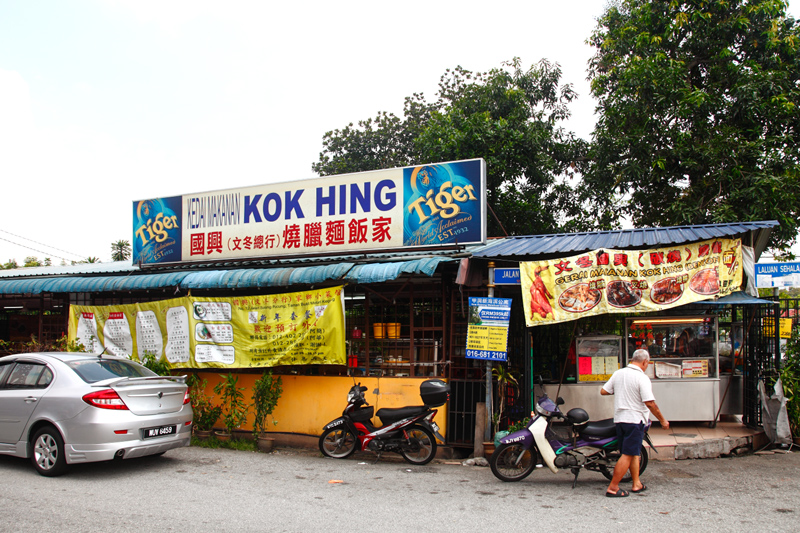 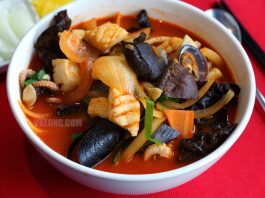 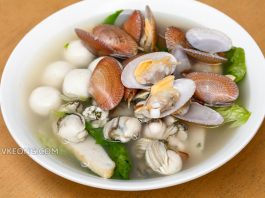 Hawker Food (Street Food) June 24, 2017
ABOUT US
VKEONG.COM - Malaysia Food and Travel blog with reviews of restaurants, hawker and street food in KL, Penang, Melaka and beyond.
Contact us: vkeong@yahoo.com
FOLLOW US
© VKEONG.COM - All Rights Reserved