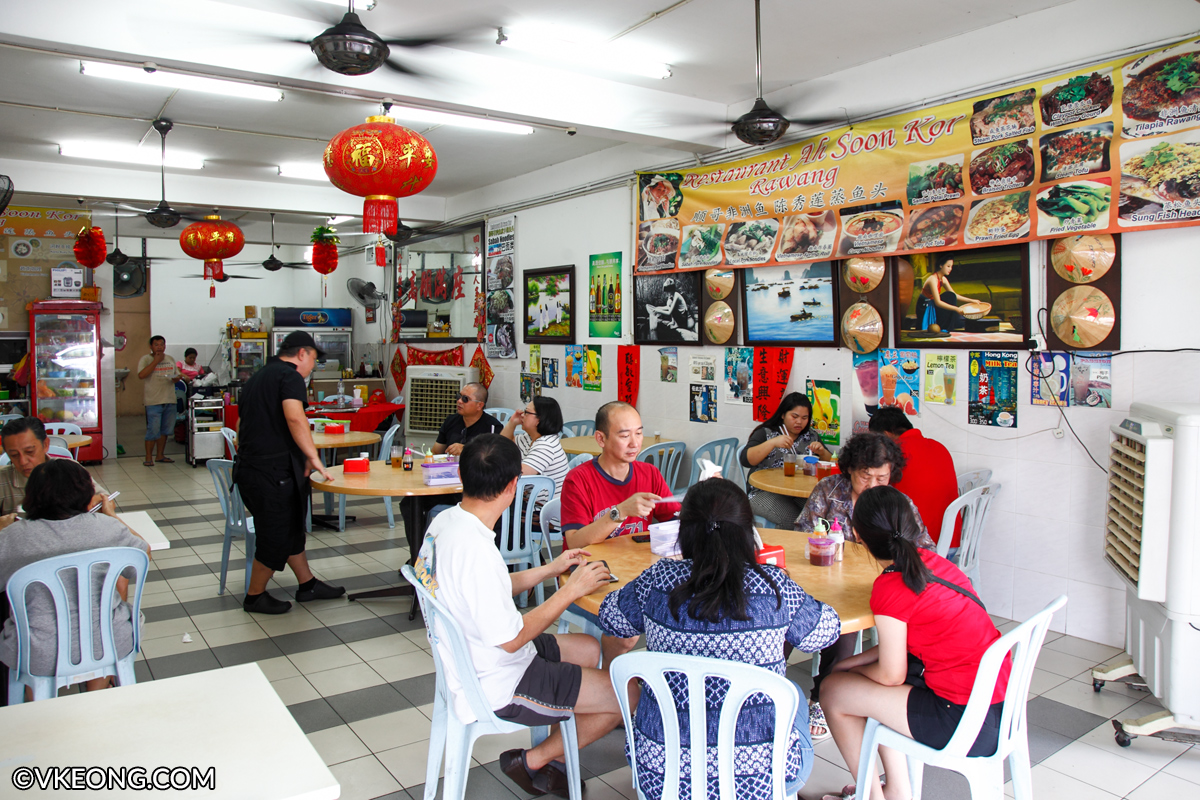 Sabah hawker foods are pretty rare in Klang Valley and one really needs to know where to find them. There’s a restaurant in SS3 called Ah Soon Kor where you can find three iconic Sabahan noodles under the same roof: Tuaran Mee, Beaufort Mee and Sang Nyuk Mee. 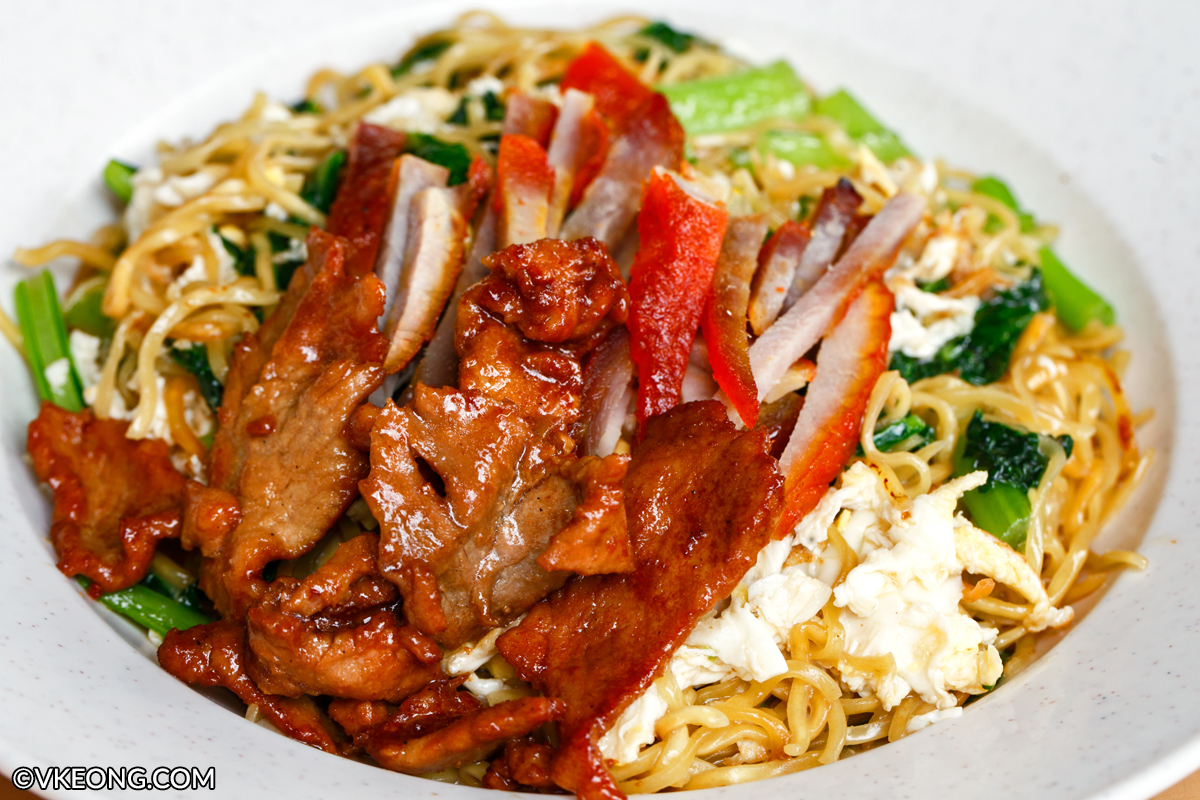 Besides Sabah noodles, Ah Soon Kor’s menu also features Rawang steamed fish, Vietnamese and Chinese ‘dai chao’ dishes. I thought it was peculiar for the restaurant to serve so many different cuisines, which even the boss acknowledged.
We had a brief chat after the meal and I was told that he will cut down the menu and put the focus back on Sabah food. That’s good to know. If you can only try one noodle, get the Tuaran Mee Goreng. I’d also suggest that you order a drier version because it’s a tad moist as it is. 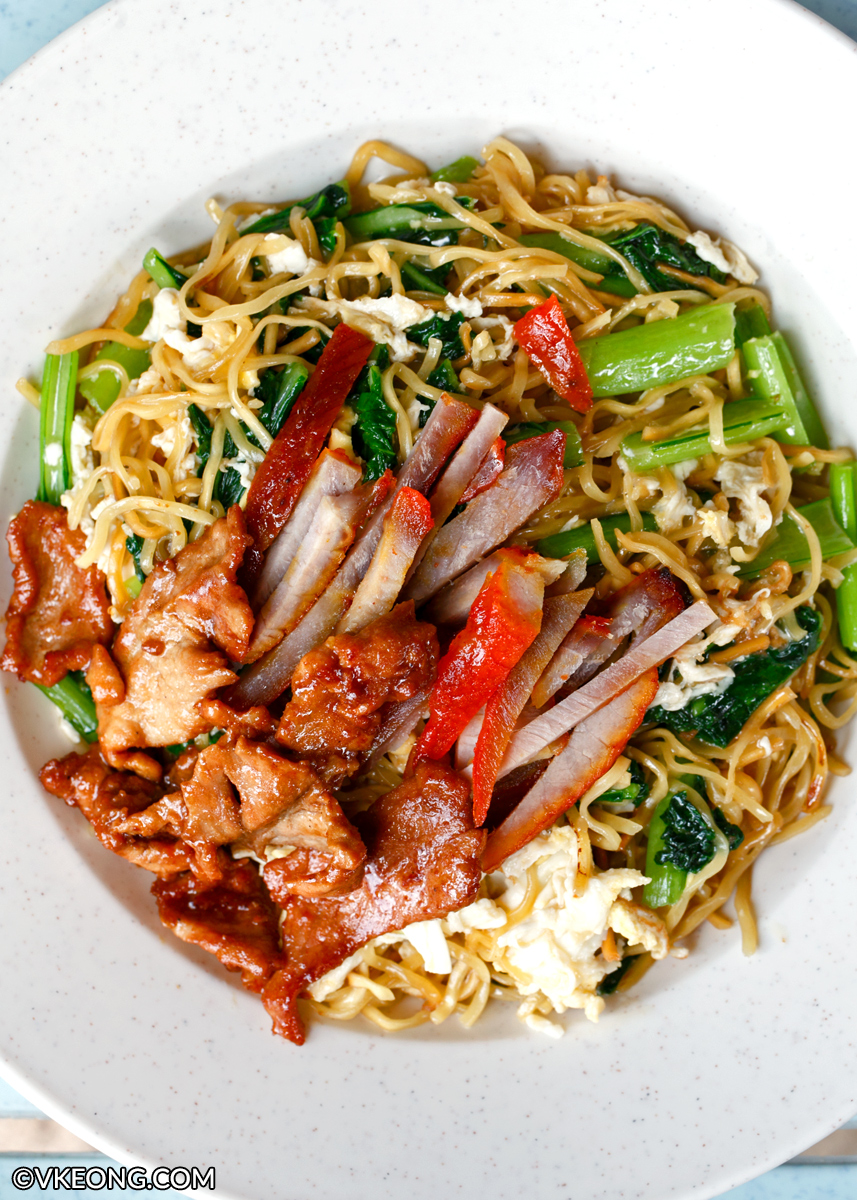 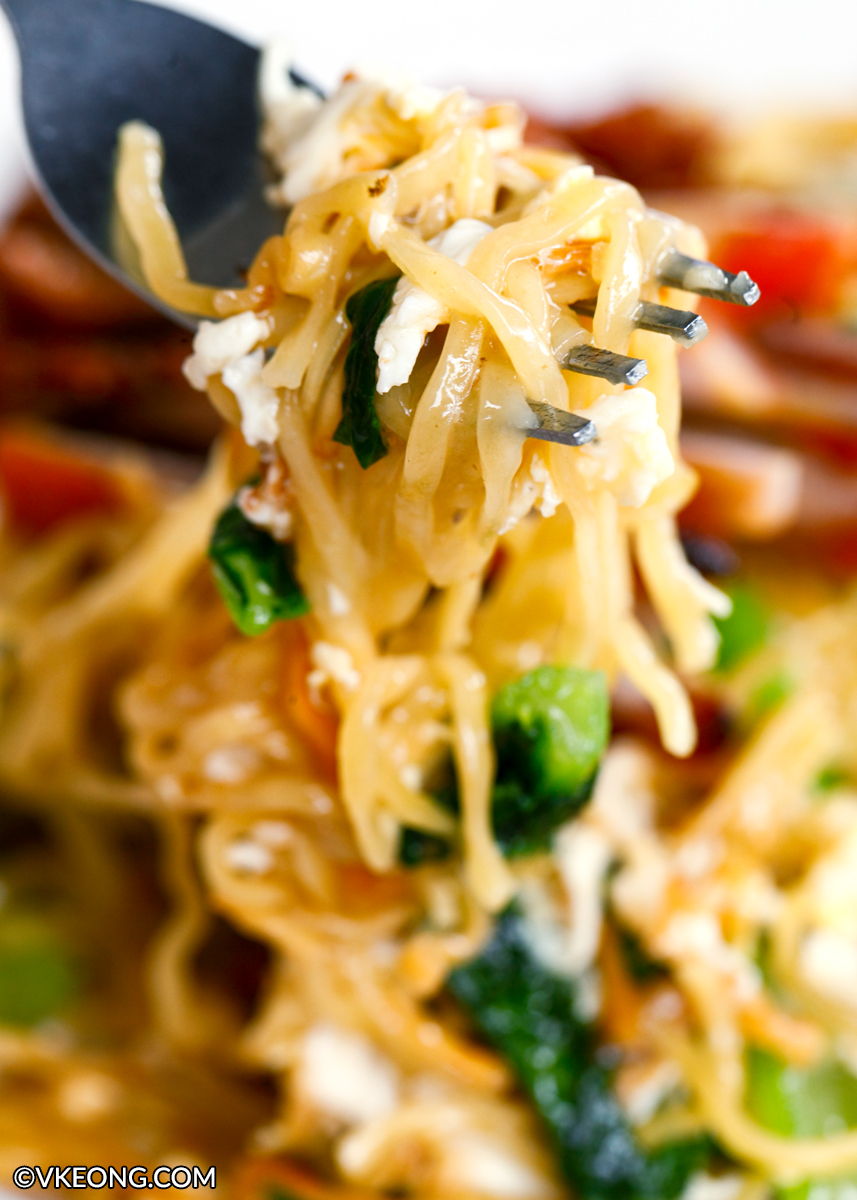 What makes it worthwhile is the noodle itself which is known for its springy texture and eggy aroma. It can only be found in Sabah and had to be air-flown all the way here. And contrary to its name, it’s not exactly ‘goreng-ed’ as in stir fried. The noodle is actually simmered in sauce to let the flavors develop. 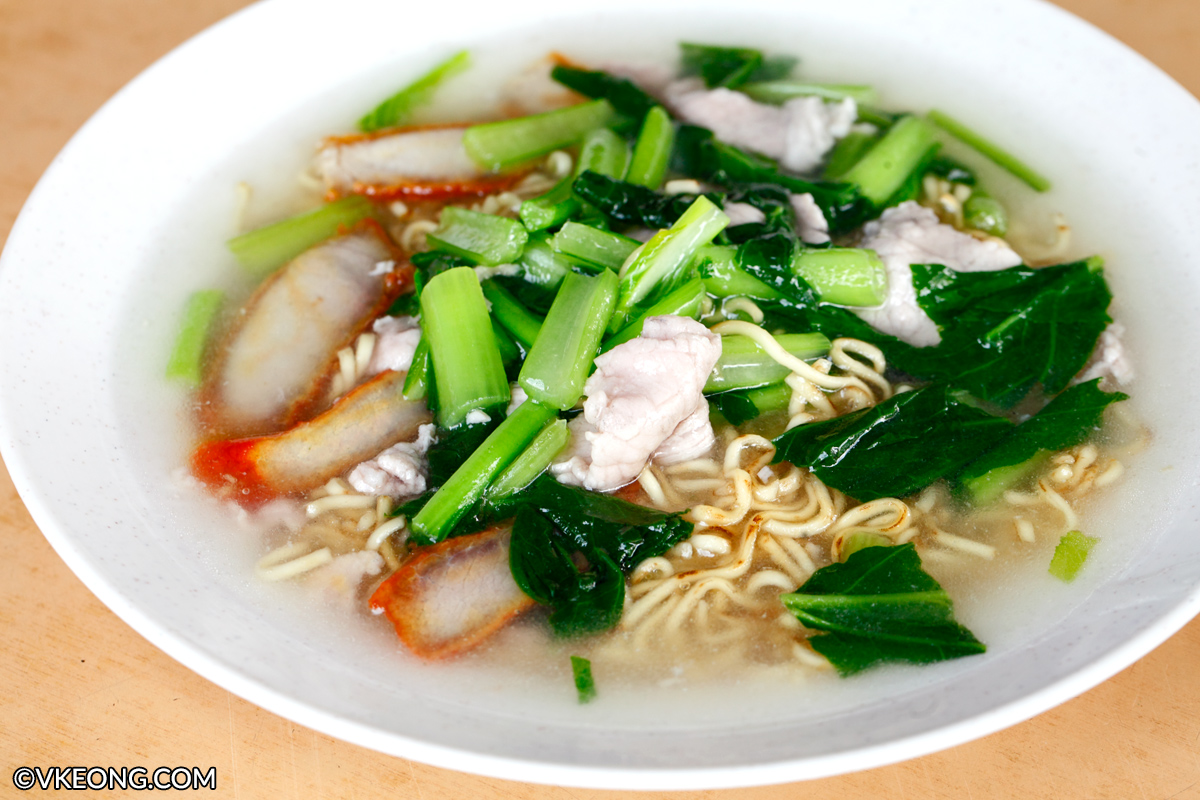 Beaufort Mee tastes somewhat like a ‘wat tan hor’ without egg. The noodle is fried first to infuse ‘wok hei’ in it, served in a rich and gluey gravy that contains plenty of pork slices and choy-sum.
I never had the real thing in Beaufort before so I can’t comment on the authenticity, but it’s delicious alright. Kind of homey tasting too. 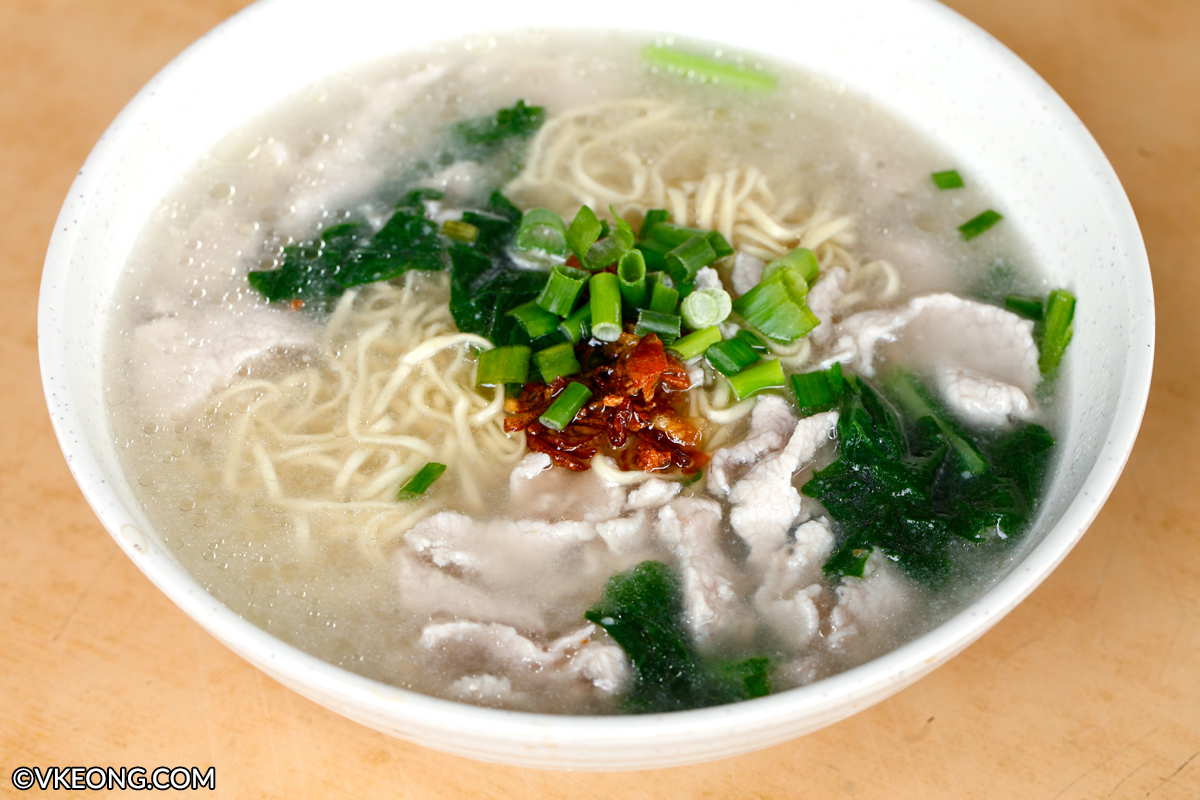 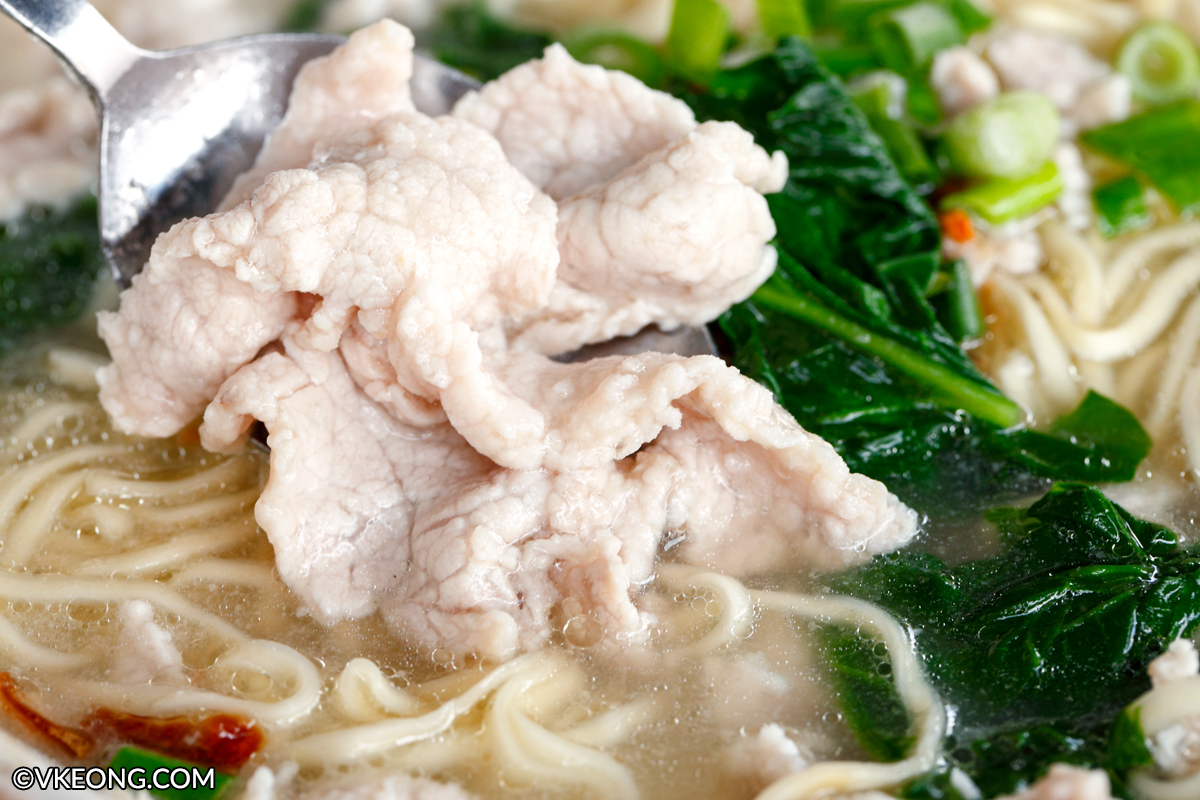 Compared to a couple of other Sang Nyuk Mee I had in KL, this would be one of the best. The soup is naturally sweet from the addition of fresh raw slices of pork and they taste soft and tender. 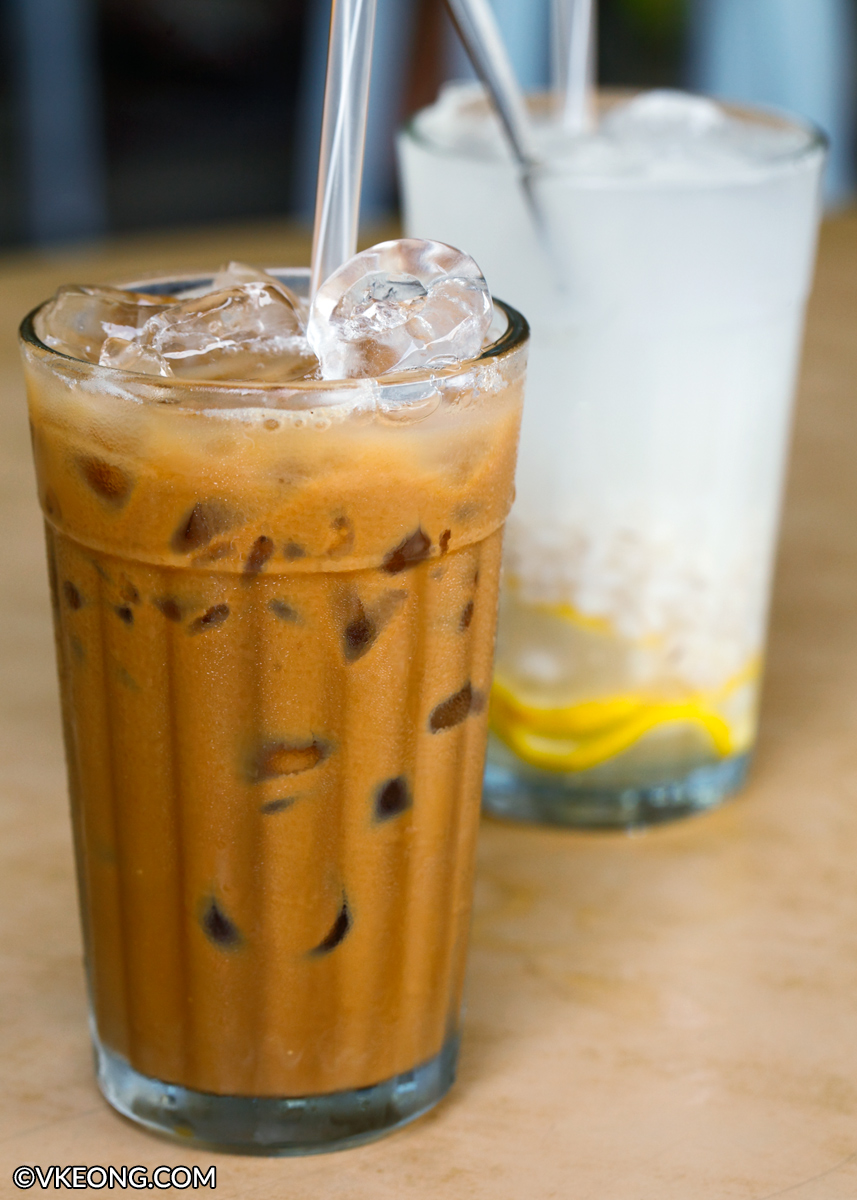 The only Vietnamese thing we had was the iced coffee. I liked it and the lemon barley is nice too. 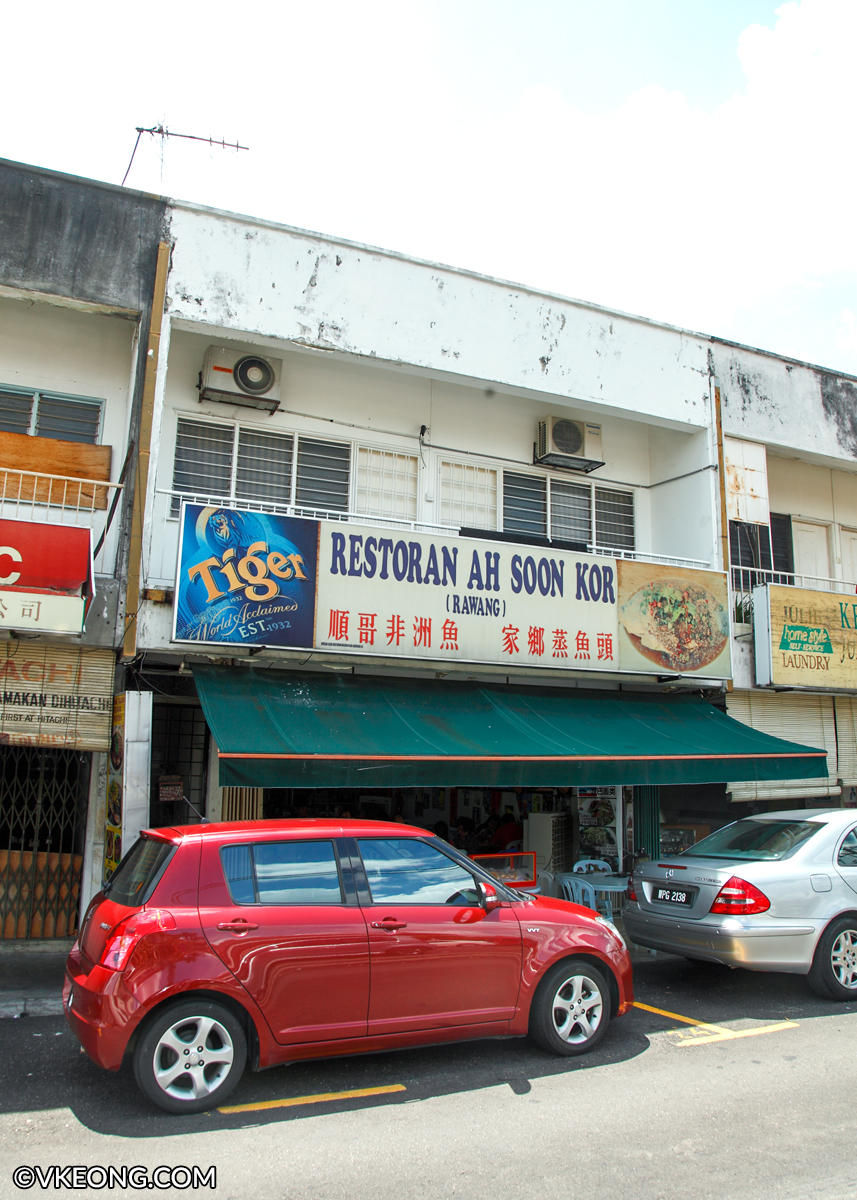 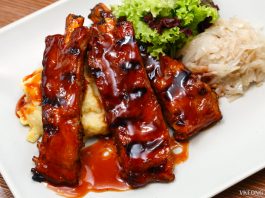 Petaling Jaya May 2, 2017
ABOUT US
VKEONG.COM - Malaysia Food and Travel blog with reviews of restaurants, hawker and street food in KL, Penang, Melaka and beyond.
Contact us: vkeong@yahoo.com
FOLLOW US
© VKEONG.COM - All Rights Reserved