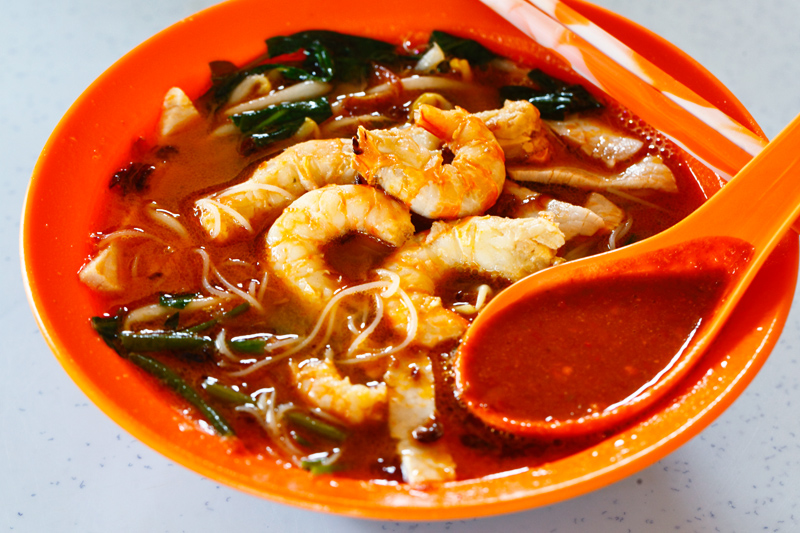 Hunting for good prawn mee has always been a personal resolution of mine. In the end, I will compile the best ones into a list for your reference – that is if you have faith in my recommendations. Our latest venture took us to Aik Prawn Mee at Seapark/Taman Paramount. 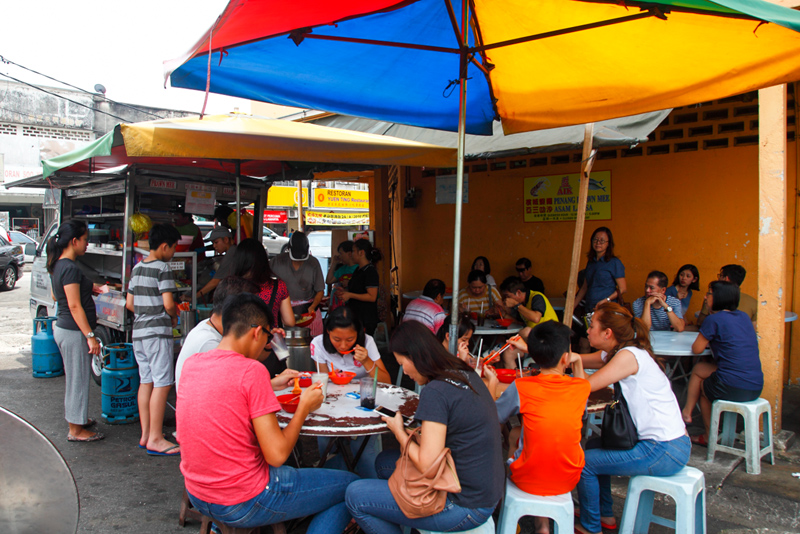 Having lunch at Aik Prawn Mee’s food truck briefly reminded me of my earlier days in Penang. Location wise, it’s on a five foot way between Seapark’s wet market and the drain under makeshift umbrellas.
That does not sound too appealing alright. But it doesn’t stop the legion of customers who come here for their authentic Penang prawn mee. Some even willing to wait under the scorching hot sun for table. 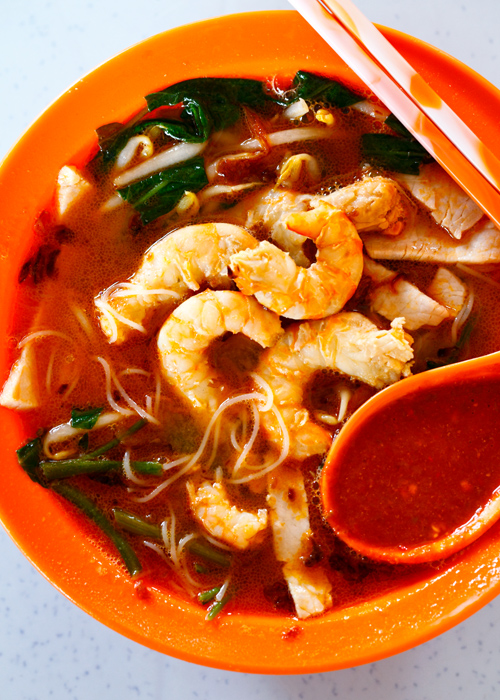 Despite some shouting (among the boss and staff) they were nice to us. So it was kind of funny to see their attitude take a 180 turn right in front of your eyes. Our noodles arrived within minutes of ordering which I thought was kind of impressive considering the number of customers.
As usual, I ordered a bowl with additional prawns and it cost RM8.50. Most of the it’s worth it because the extra prawns (fresh and succulent!) do make a significant difference in the overall experience.
A sip of the soup was more than enough for me to understand their popularity. It’s really good! Unlike Lim Mee Yoke’s, Aik’s prawn mee soup is properly strained to have a clean taste. Best of all, it’s not artificially sweetened and the chili paste really has potent kick. I was sweating furiously at the end of the meal. 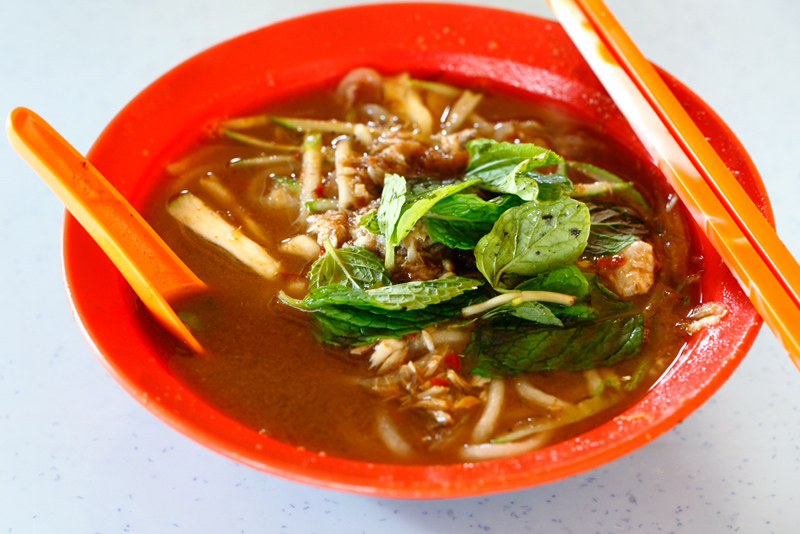 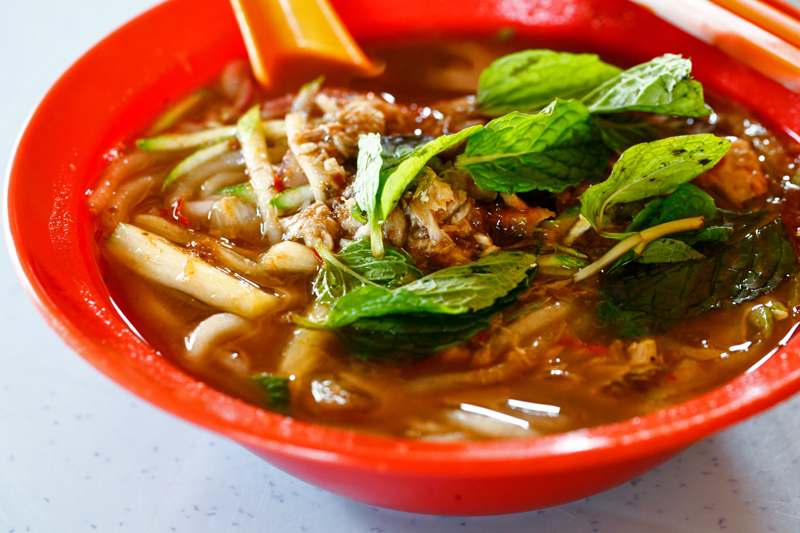 We also tried their Asam Laksa @ RM6. It’s undoubtedly tasty with a reasonably rich and tangy broth but I wasn’t too impressed with the appearance.
For me, the toppings for asam laksa should be colorfully vibrant and inviting from the combination of different ingredients; and this looks pale. It would seem that Aik has decided to cut down on the toppings, probably for economical reasons. 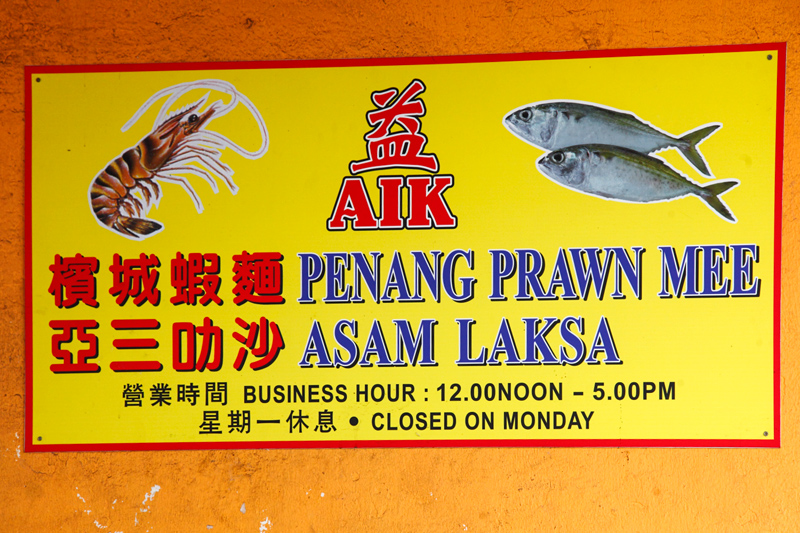 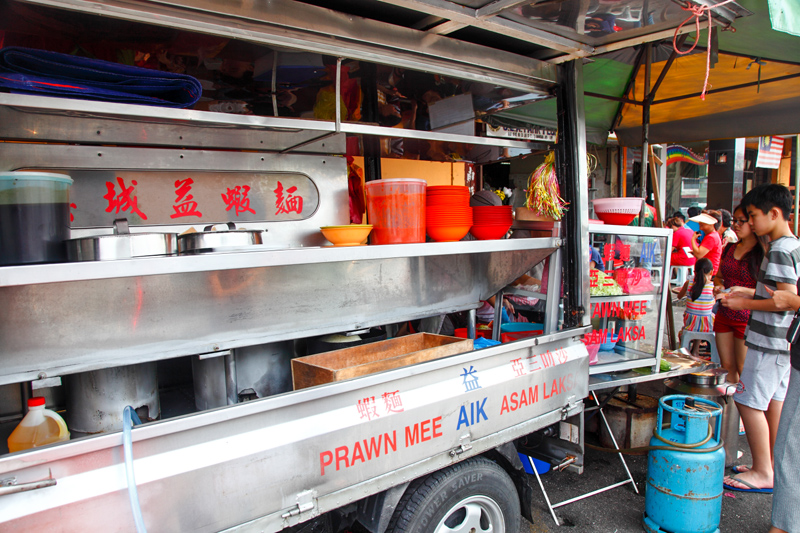 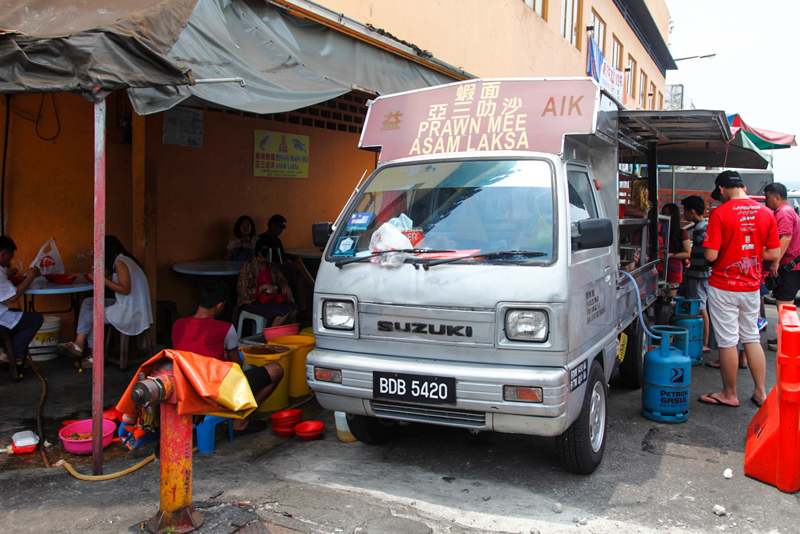 All in all, I wouldn’t hesitate to return for Aik’s prawn mee. In fact, it’s one of my top 5 favorites currently. 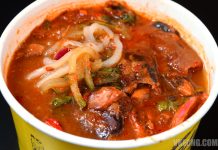