If you happen to be in Chiang Mai and looking for a place to enjoy a no frills dinner, I will recommend Sukontha. Sukontha is supposedly the largest restaurant in Chiang Mai and one of the best places to experience Mookata, a Thai barbecue steamboat.
For us Malaysians, Mookata is not something foreign or new so I don’t think an explanation is necessary. As long as you have been to BarBQ Plaza, you already know what a Mookata is. 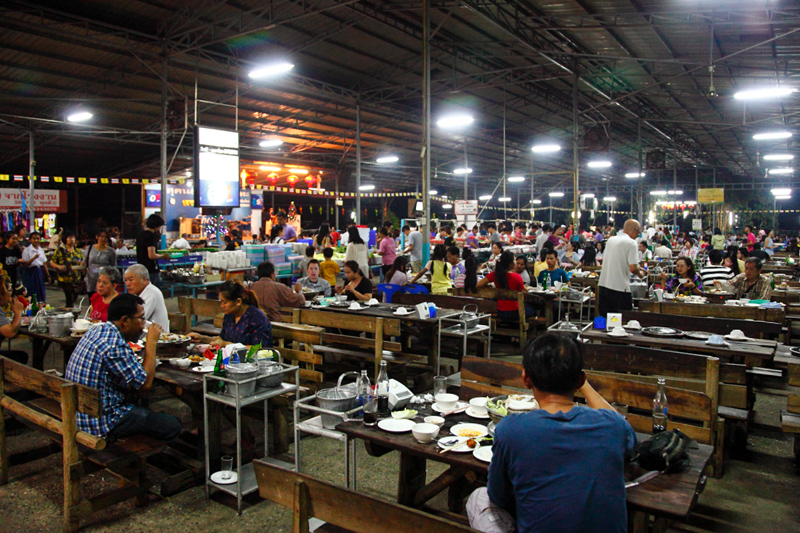 To say Sukontha is big is an understatement. Actually, humongous will be a more appropriate word to describe this football field-sized buffet restaurant. What you see in the photo above is merely a tenth the size of Sukontha, which could seat up to thousands of diners easily at once.
If you are not familiar with the city, it’s recommended that you take a ‘red car’ or tuk tuk to reach the restaurant. The fare will be between 20 and 50 baht per pax, depending on your pick up location. 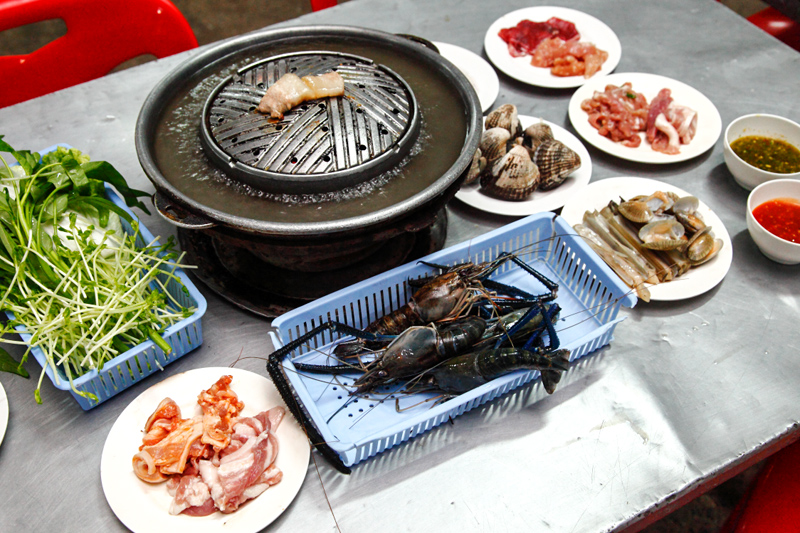 For a fixed price of 209 baht (~RM25), you are allowed to eat all you can at Sukontha with no time limit. But if you ask me, that’s not the main reason you should be here.
Rather, it’s the unique cultural experience that you take away with you. In fact, there are plenty of other buffets in Chiang Mai where you could stuff yourself silly for a cheaper price. 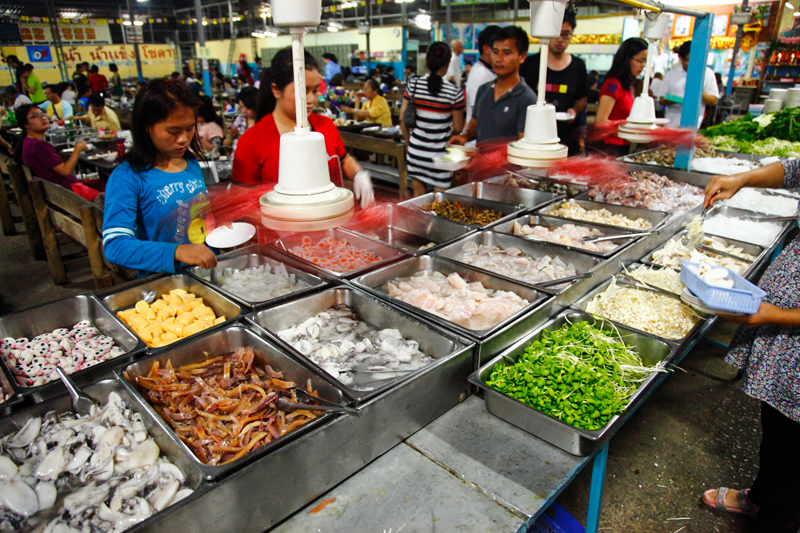 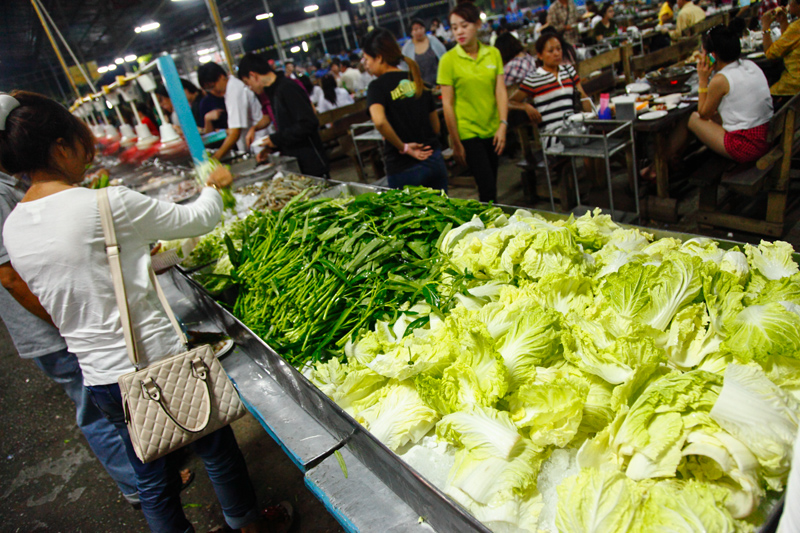 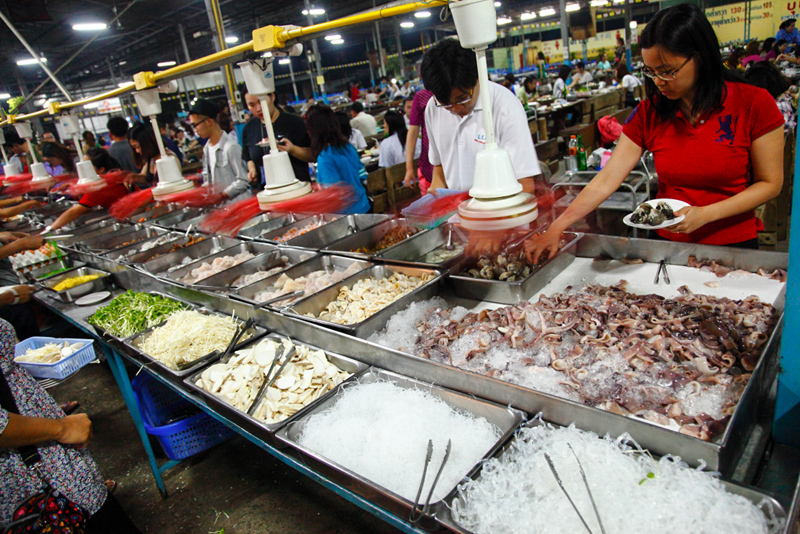 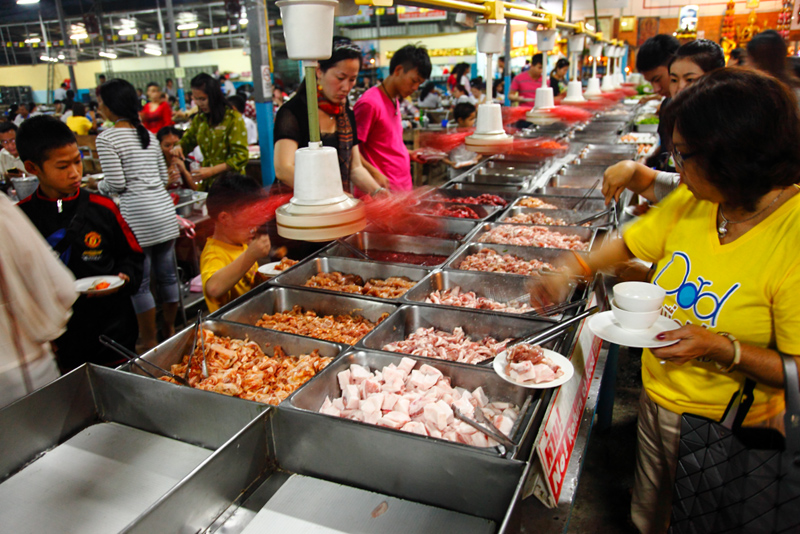 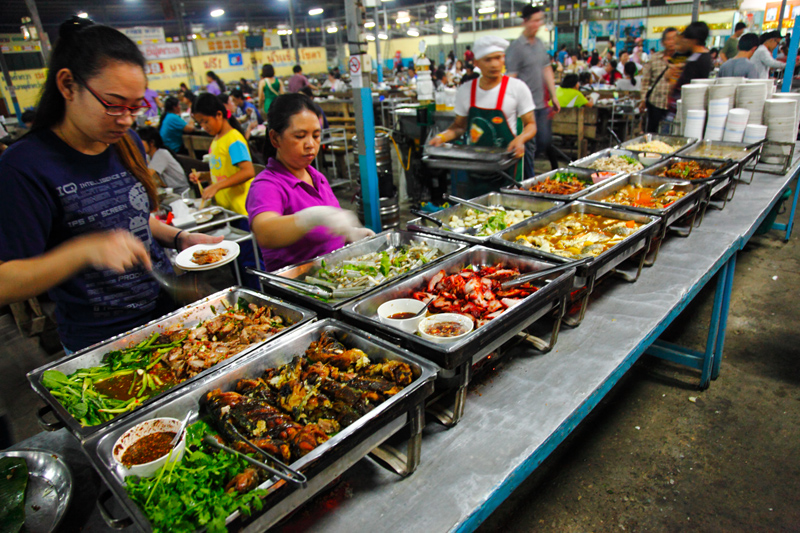 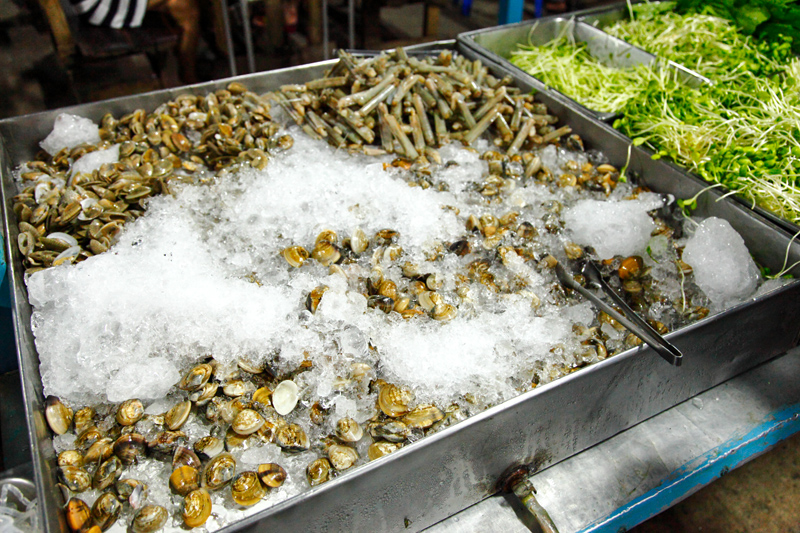 Although we already half-expected the ingredients available for the Mookata, we were still pleasantly surprised by the amount of cooked food, tropical fruits, cakes and desserts they offer. Just for seafood alone there are probably a few dozens of them including various squids, fish, clams and cockles.
Processed food like fish cakes shaped in cartoon characters are inevitable and they are clearly there to entice the children, but they are kept to a minimum as most of the ingredients are still natural. 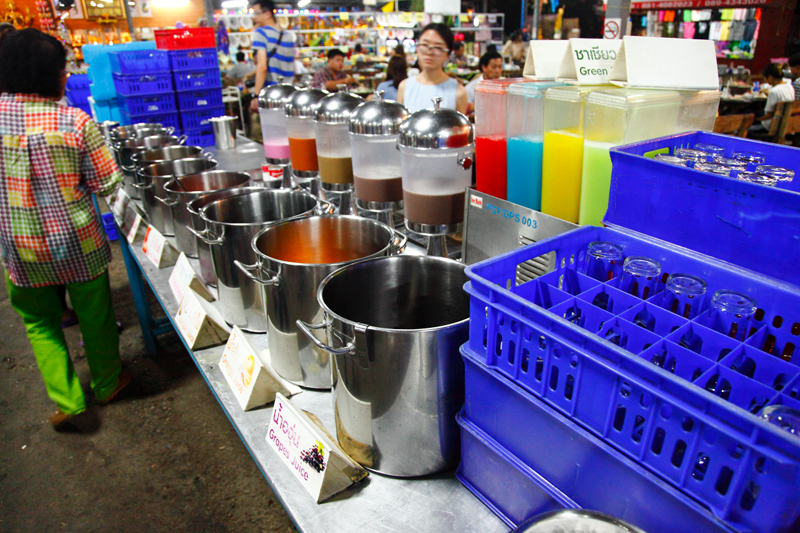 There’s also a wide range of beverages to accompany your meal – colourful cordial drinks, coffee, Ovaltine and multiple fruit juices. Beers and soft drinks are also available but not included in the price, so you’d have to pay extra for them. 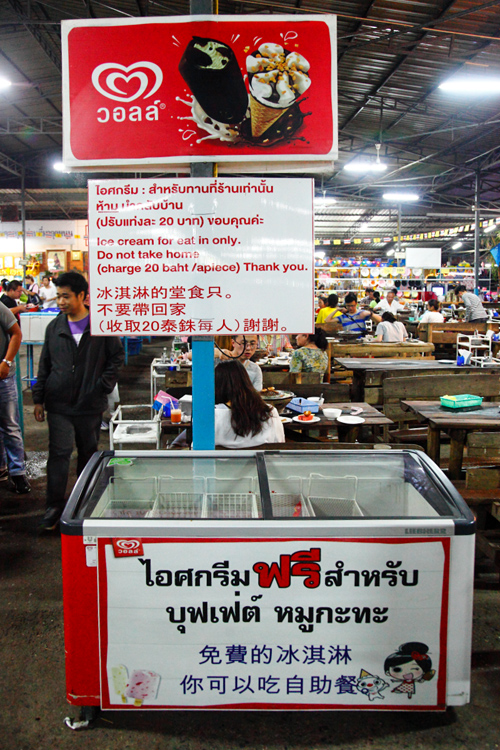 Some of the desserts might seem alien to first-timer visitors to Thailand, which is why the ice creams are so popular with the foreigners. Choices are aplenty and you have the options of scooping from the various flavored ice cream tubs or simply grab a branded ice cream cone or ice pop. 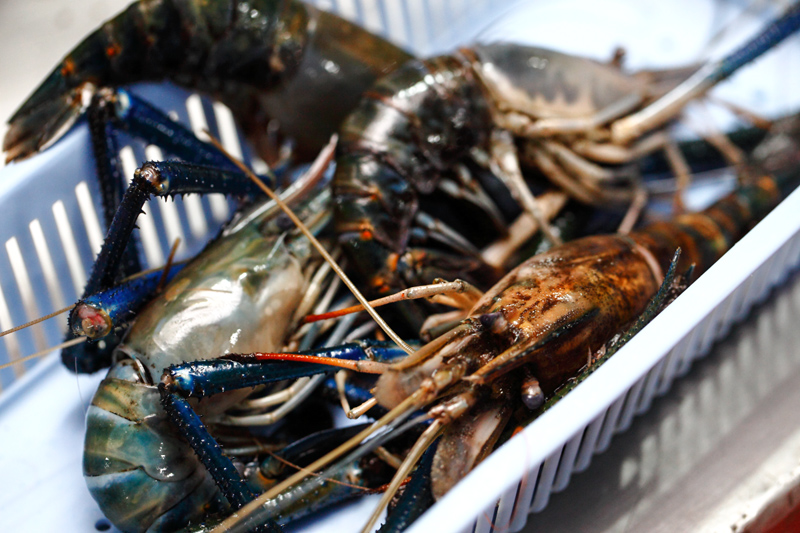 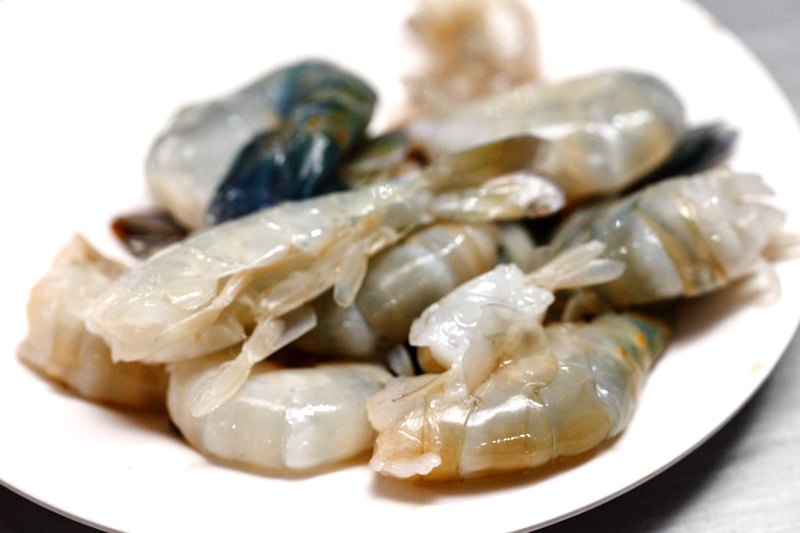 Some of the more premium items such as tiger prawns and river prawns only appear once in a while, maybe every 30 minutes or so. They won’t make an announcement but you will definitely know because there’d be a queue for them.
And to be fair to everyone, each diner is entitled to a plate’s portion. If you want more, simply queue again. Anyway, the queue moves fairly fast so you wouldn’t have to wait long until it’s your turn again. 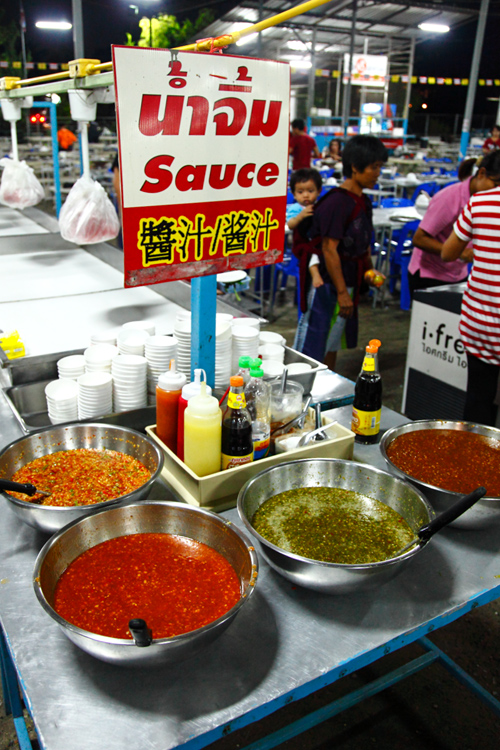 Almost all the raw seafood and meat are not marinated in any way, so they might taste somewhat bland after being grilled or boiled. Luckily there are a couple of well-made dipping sauces provided and all of them go well with the cooked food.
The sauces are mostly spicy with some being more sourish than the rest. That said, the soup’s not really good and it’s more for boiling the seafood instead of imparting any flavor into them. 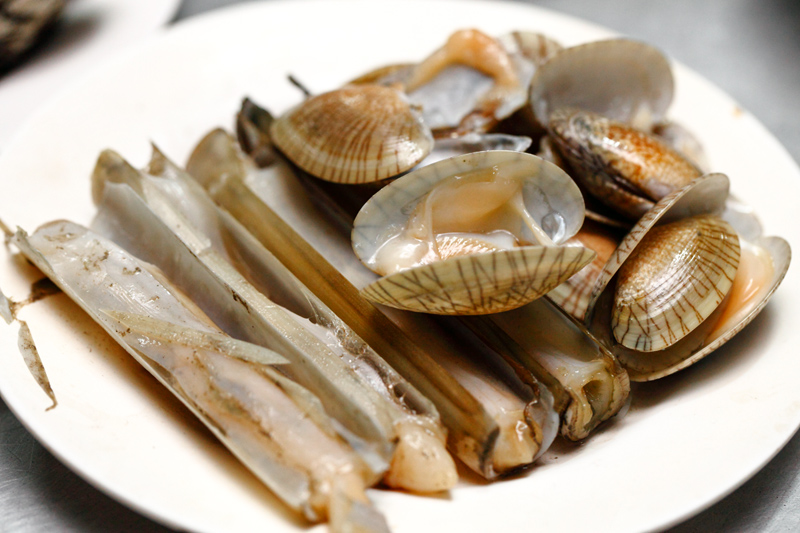 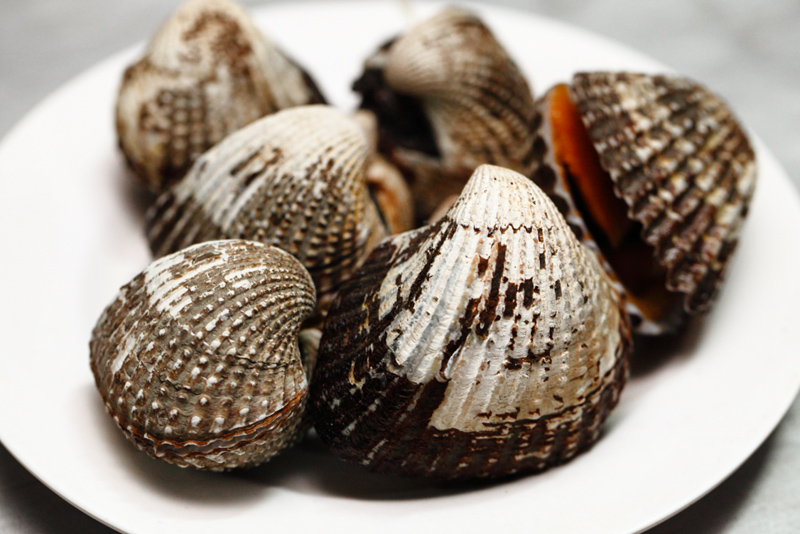 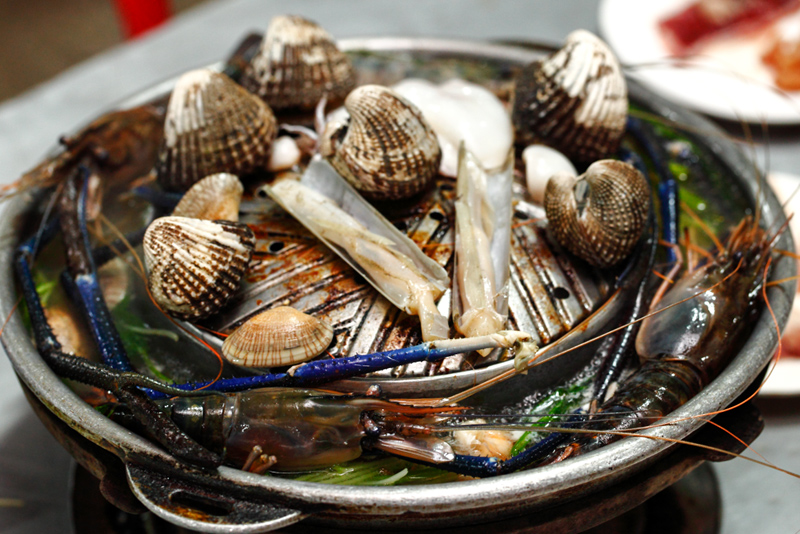 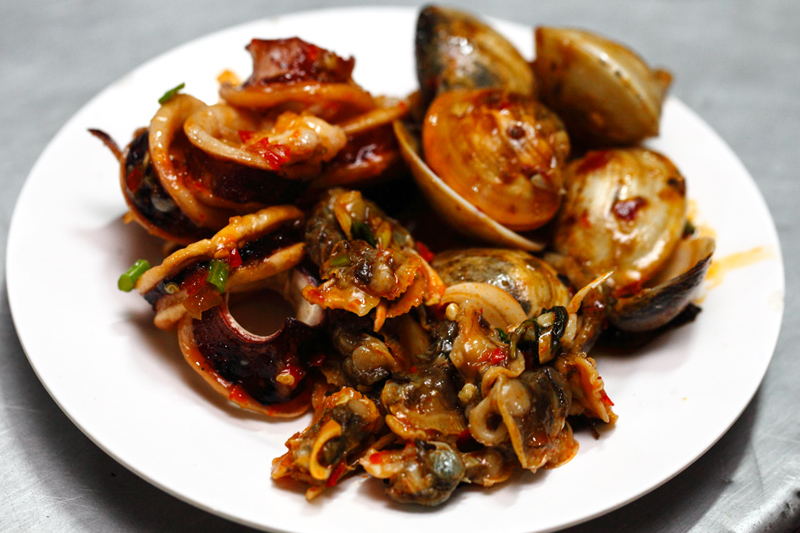 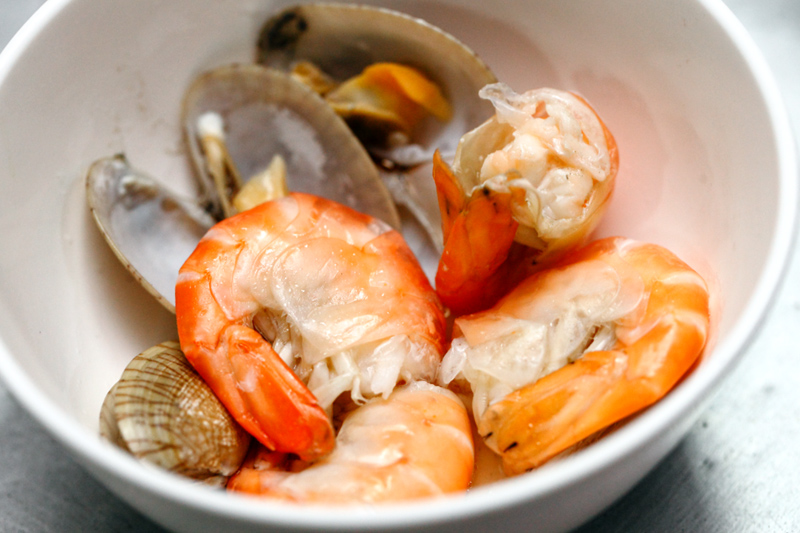 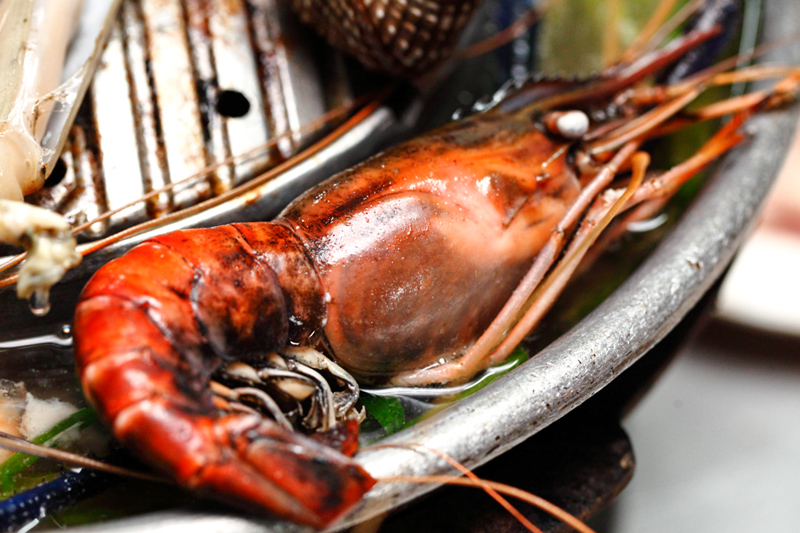 Generally speaking, the ingredients provided by Sukontha for the Mookata are fresh except for the frozen ones like the bamboo clams. We were also pleased with the quality of the cooked dishes such as grilled squid, stir fried clams, pork ribs soup and fried fish – all of them tasted pretty good and even better than what we had at another ‘authentic Thai restaurant’ the day before. 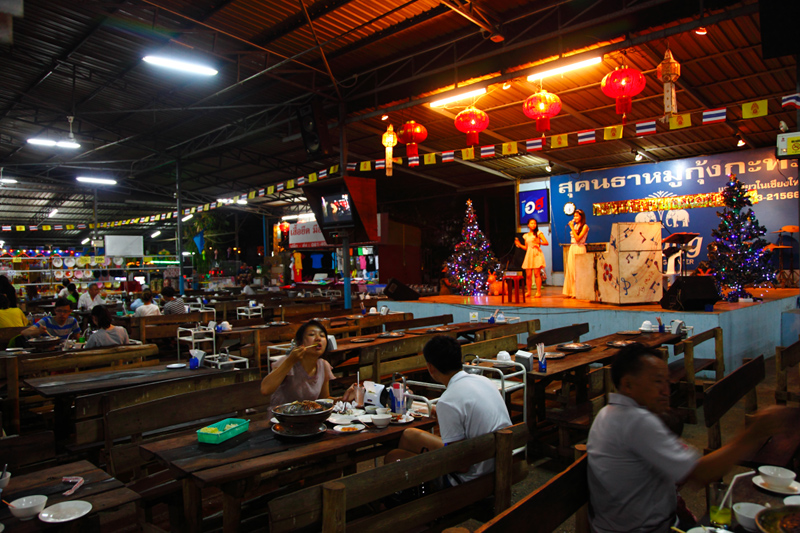 Throughout the meal, you will be entertained by a live band churning out classic Cantopop songs, all performed with a Thai accent. Kind of peculiar, but interesting nonetheless. 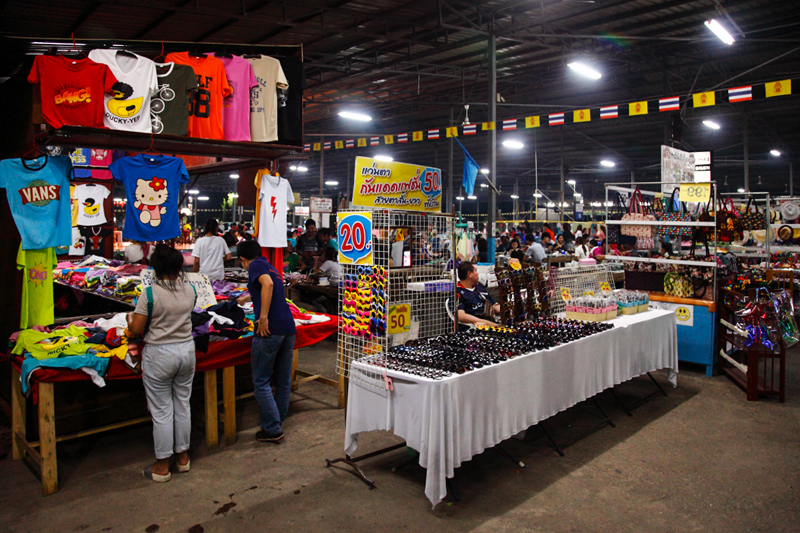 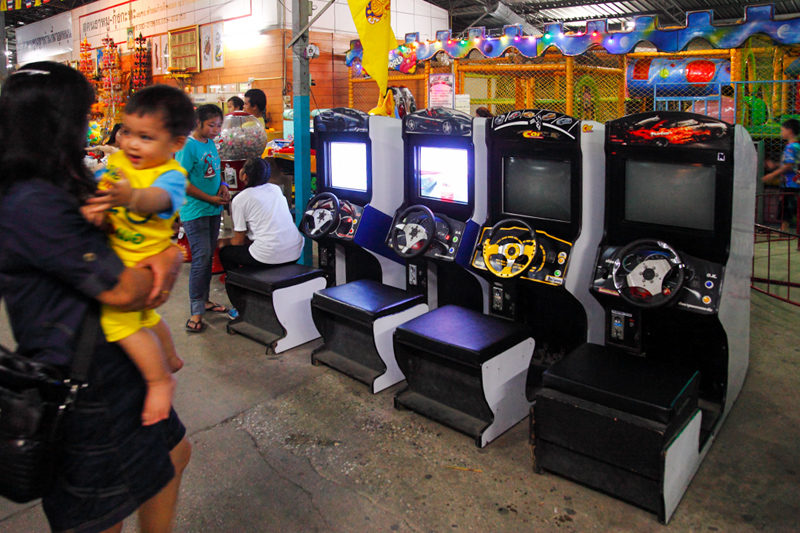 The restaurant even has a tiny market of its own selling clothes, bags, trinkets and souvenirs. And right opposite it is a children’s playground with arcade games. It’s quite a happening place alright. 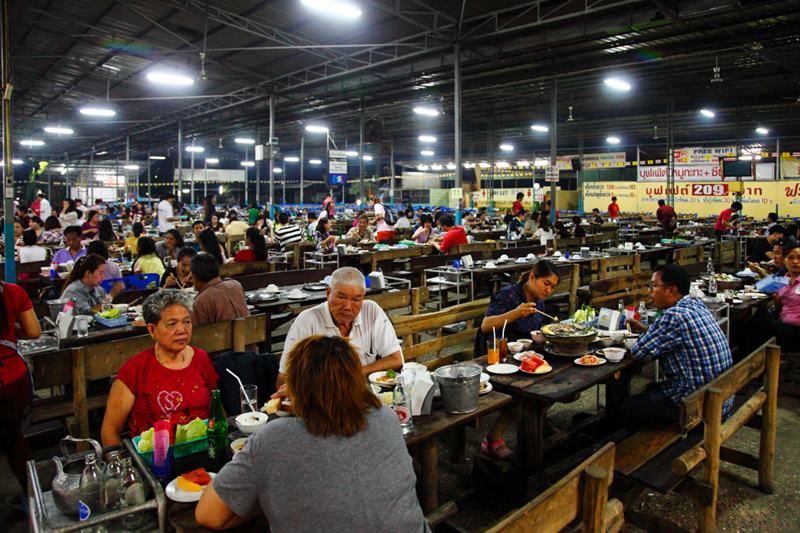 For those who are traveling on a budget, it’s true that you could get a noodle or rice dish in Chiang Mai for a fraction of the price you pay at Sukontha. However, it’s still cheap by Malaysian standards because if you were to have something similar like this in KL, it’d cost you at least twice as much.
Lastly, despite having read a lot of negative comments about the ‘kiasu’ Chinese tourists piling up their food like hungry ghosts, I did not personally see any unruly behavior. So all in all, it was a good experience, we enjoyed ourselves and will recommend this to any of our friends who are visiting Chiang Mai soon. 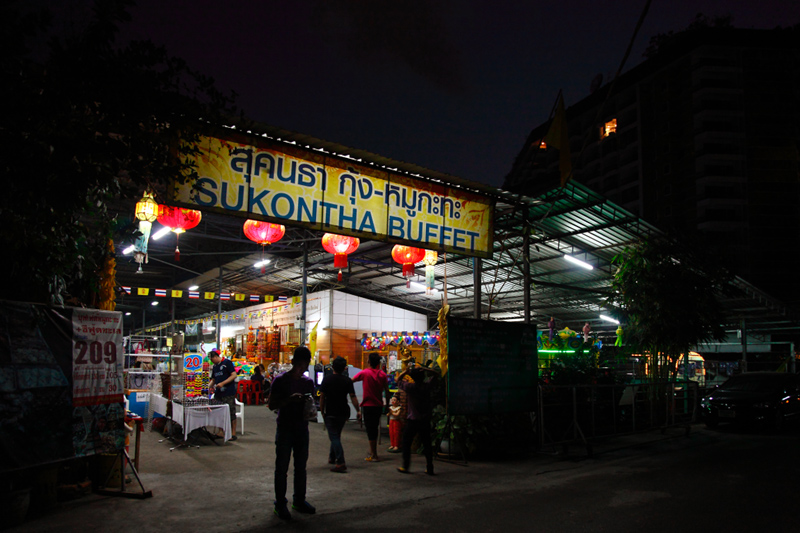