As mentioned earlier, the cultural show (mostly traditional dances) is the nicest among all attractions in Sarawak Cultural Village. There are only two shows daily from 11.30am – 12.15pm and from 4.00pm to 4.45pm.
So, watch your time and plan your visit within the village carefully if you want to enjoy the performance. The village is not too huge but moving from a place to another may take up ten to fifteen minutes. It is recommended to reach the theater earlier if you notice there are plenty of tourists in order to get nice seats near to the stage. The show starts with the Iban’s Ngajat Lesong, where the Iban warrior demonstrates his extraordinary strength of lifting a mortar weighing around 20kg. If you look at the photo, the white colored thing about to be carried by the warrior is the mortar mentioned earlier. At first, he would dance with the mortar held on his arms and waving it around. Then, comes the climax where he would hang the mortar from his mouth and continue to dance gracefully. Truly a feat of endurance. One of the beautiful Iban maiden performing during the dance. The Bidayuh’s Rajang Be’uh is a dance performend after the harvest season usually to entertain guests who enter the longhouse. The dancers’ movements which involve outstretching their hands imitate the movement of the eagles as they flap their wings in flight. Tolak Bala dance, performed to ask for blessing for a good harvest as well as protecting the community from evil spirits. The Tarian Menyak by the Melanau shows how they carry out their daily activities of processing sago flour. It was an entertaining performance which involves a lot of energy, agility and balance. What impressed me the most was how they made it all looked so easy and simple for them. Next up was in my opinion the nicest performance of the show, which still remained fresh in my memory. It was the Orang Ulu’s Kanjet Ngeleput, a dance which portrayed the nimbleness and stealthiness of the Orang Ulu warrior as he goes on a hunting trip in the jungle. One of the reasons I enjoyed his performance so much was because he was really into the character. He looked intimidating enough as the fierce some warrior. So fierce he even scared a baby boy to cry just by looking during the show. He apologized and moved on to pose his intimidation to the other more matured audience. We all laughed when he was trying to say sorry and calm the crying boy. I still remember his expression when he realized what he had done.. “ooops, I am sorry! Please don’t cry.” was literally written on his face, lol. The Ulu warrior noticed his prey (a balloon, lol).. and took out his blow pipe, ready to strike anytime. He then moved slowly towards the audience, and attempted to blow out a dart from the seating area. It hit the mark! Everyone was impressed and clapped furiously. A few Ulu maidens emerged and danced with him, maybe as a celebration of the successful hunt. The final performance was a song the entire show’s dancers and performers, titled Rasa Sayang. You can’t call yourself a Malaysian if you don’t know this song, lol. After the singing was over, the audience was invited to the stage to dance together by the maidens. But the locals (including me) were shy. So, only the foreigners were sporting and daring enough to join in.
Actually I have taken more photos of the cultural show but I think it wouldn’t be fair to the management if I were to post all of them here. I hope the people would experience the show live instead of viewing it online. Also, I may have made some mistakes associating the dances with the photos so please pardon me if you found anything which is wrong. Lastly, the info regarding the different dances was retrieved from the Green Passport given to us for the visit. 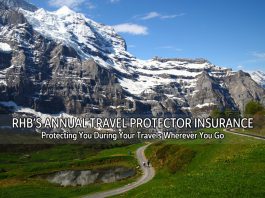 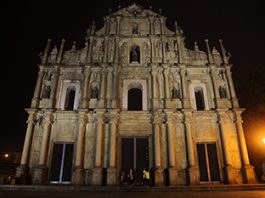